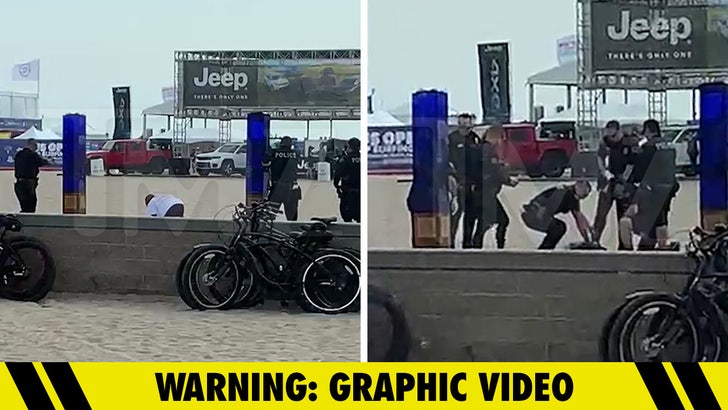 A man was shot and presumably killed this weekend as he squirmed on the ground in front of at least four police officers … a couple of whom opened fire on him at point blank range.

Huntington Beach PD confirmed there was an officer involved shooting Saturday, but didn’t not provide any further details … including the status of the man who was gunned down. We’re told this individual was transported to a hospital, but his condition is unknown. The cops also say there is no current public safety threat.

TMZ has obtained video of the gruesome killing — which shows a man, who appears to be Black, writhing on the ground and raise his arm as well what appears to be a plastic bag of some sort … before the officers around him unload multiple rounds of their firearms. 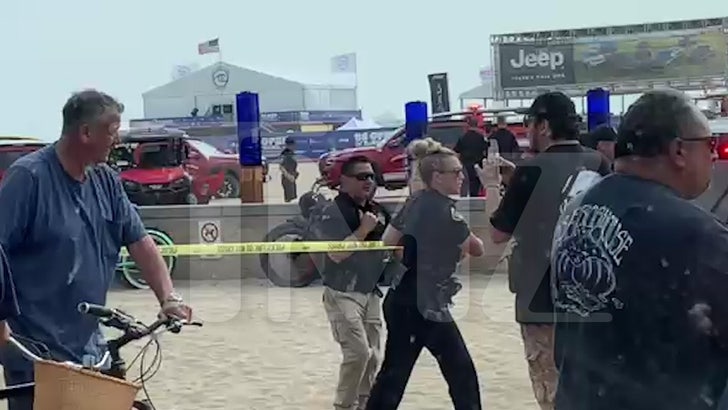 More backup arrived, and the police set up a perimeter to deal with the situation.

As you can see and hear, there were multiple witnesses … who were near Sandy’s Beach Shack at the pier. One eyewitness tells us they saw the cops in pursuit of this man, whom they’d already fired upon at least once. He jumped over the wall and fell to the ground. We’re told they heard cops shouting orders at him, but before long … they were shooting.

Others who were in the area captured photos of the aftermath — and the man appears to by lying lifeless on the ground as officers approached.

No word yet on what exactly led up to this … but at any rate, it doesn’t seem like the HB crowd was all too outraged by what they’d just seen. If anything, a lot of them appeared to be more on the cops’ side. It’s unclear at this point if he was armed with a weapon or not.

At first glance, though … he doesn’t seem to have been posing a threat from his position.