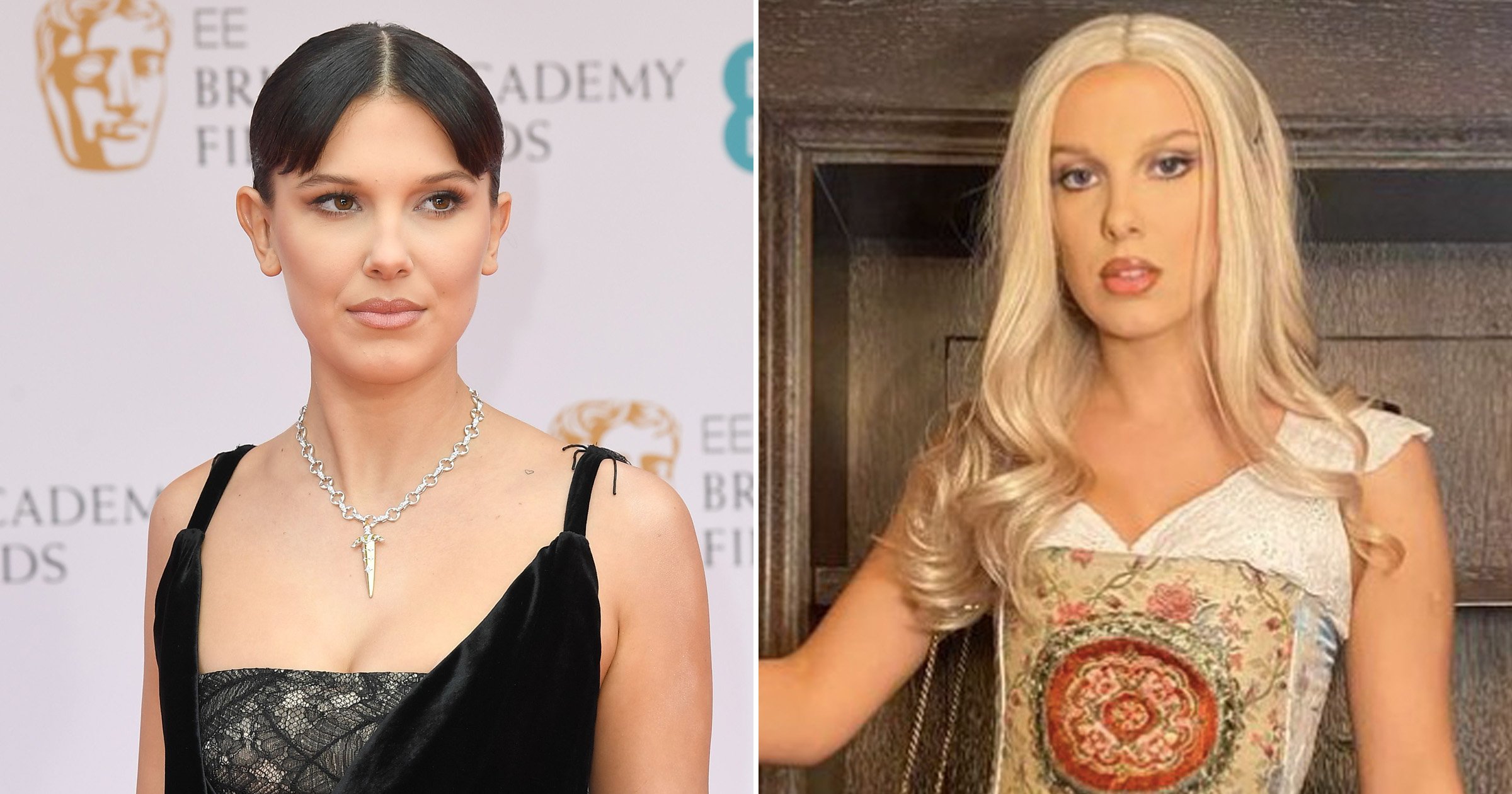 Millie Bobby Brown has opened up about the sexualisation she has experienced since finding fame, and the reactions to her turning 18.

The Stranger Things star, 18, who was cast as Eleven in the hit show when she was just 12 years old, admitted that she has always been scrutinised by the public but the reaction is even more ‘gross’ since her recent birthday.

Speaking on The Guilty Feminist podcast, Millie explained: ‘I deal with the same things any 18-year-old is dealing with, navigating being an adult and having relationships and friendships, and it’s all of those things.

‘Being liked and trying to fit in, it’s all a lot, and you’re trying to [know] yourself while doing that. The only difference is obviously I’m doing that in the public eye.’

Discussing the sexualisation she experienced, Millie added: ‘[It’s] really overwhelming. I have definitely been dealing with that more in the last couple weeks of turning 18.

‘[I’m] definitely seeing a difference between the way people act and the way the press and social media react to me coming of age. It’s gross.’

Millie also spoke out about the scrutiny she has faced for her outfits on the red carpet, which had been deemed ‘too grown up’ for the star.

The actress has since changed how she interacts with social media as a result of the comments she was getting, and will no longer post ‘personal’ things online.

‘You’re not gonna see that part of me. You get to see the things I choose to put out in the world,’ she revealed.

It is not the first time Millie has spoken out about how she has been treated by the public and the press, posting a video montage in 2020 when she was 16 addressing the ‘insults’ she received.

She told her followers at the time: ‘I get frustrated from the inaccuracy, inappropriate comments, sexualization, and unnecessary insults that ultimately have resulted in pain and insecurity for me.

‘I hope this video informs you on the things that go on behind the scenes of the headlines and flashing lights. don’t worry I’ll always find a way to smile.’