Monty Don has received warnings from concerned fans after sharing a sweet video with his new puppy Ned, after he discovered he “discovered the joys of rotting pears”. The Gardeners’ World star’s video was inundated with loving comments from fans, but a few took it upon themselves to warn the horticulturalist not to let Ned have too many, as it could lead to “dire consequences”.

In view of his one million followers, Monty told how Ned had discovered a new favourite food.

Monty affectionately cradled Ned in his orchard as he asked him what he was eating.

Ned looked up at the horticulturalist while munching away as he flopped in Monty’s arms, leading the star to burst into laughter.

Monty wrote: “Ned has discovered the joys of rotten pears.” 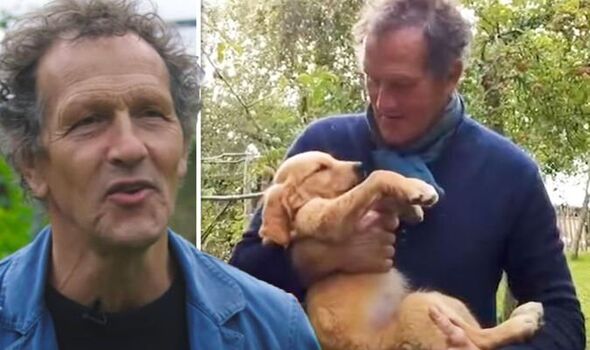 Fans of the Gardeners’ World star soon took to the comments following the adorable clip.

Cathy_cregan asked the star: “Is he drunk?” alongside a laughing emoji.

cmykerr commented: “He’s so happy with himself!! Maybe not so tomorrow with a bubbly tummy!!!!”

While carmjb warned: “Don’t let him eat too many.. not preaching (though I’m qualified to do so) but I have seen, as a vet, dogs eating apples and pears and suffering dire consequences.” 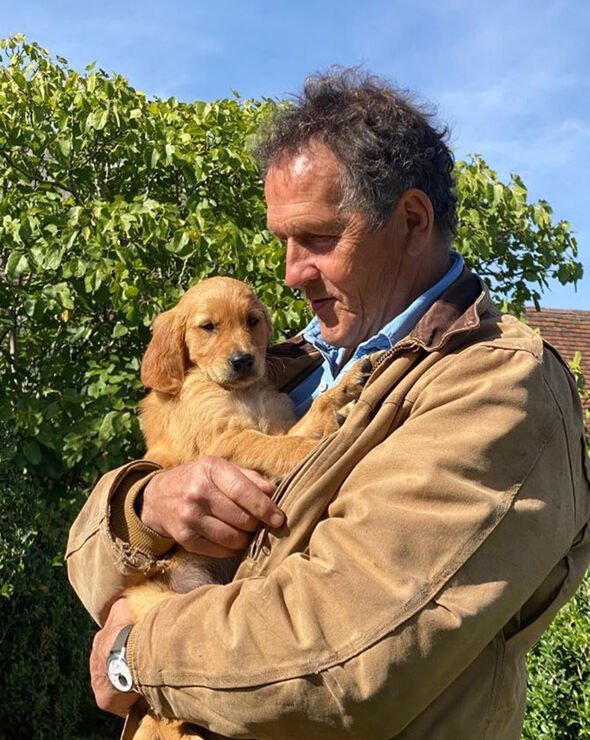 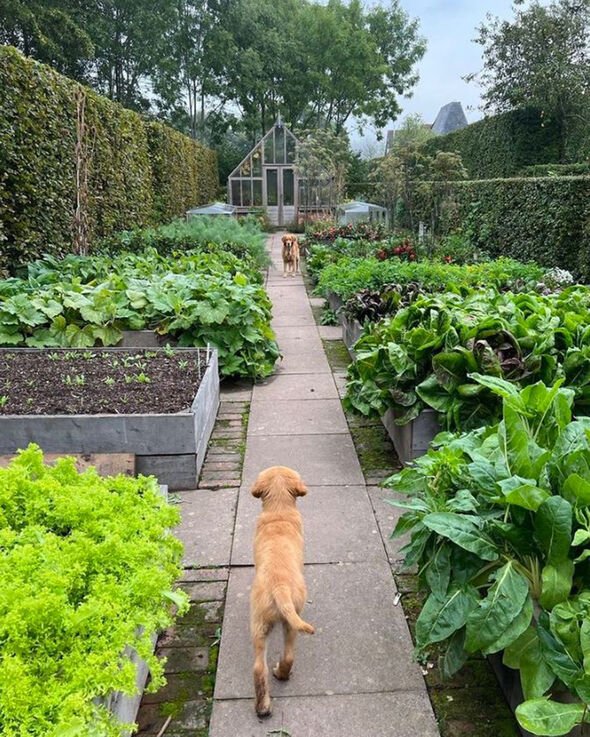 Ahead of sharing the clip, Monty told how his pear trees had provided an abundance of fruit this year.

He posted a snap of pears lined up on a window sill as they ripened.

Monty also revealed he had successfully grown pumpkins and apples too.

It comes after Monty introduced Ned to his social media fans last month in a sweet snap.

Holding the puppy, the Gardeners’ World host wrote: “Collected Ned today- showing him the garden,” sparking a frenzy in the comments section.

Monty shared a picture of Ned having a lie down on his lawn snuggled underneath his jacket.

“Exhausted by first day’s filming (which consisted almost entirely of being cuddled by various members of the crew),” he penned next to the cute photo.

Under another picture of Ned nestled in his jacket next to some filming equipment, Monty added: “Not impressed by filming!”

Monty has also been sharing sweet snaps of newcomer Ned with his Golden Retriever, Nellie.

Gardeners’ World is on Fridays at 8pm on BBC Two.