Call North West and Penelope Disick if you need a mystery solved. The cousins hilariously set up a baby monitor to find out if their Elf on a Shelf was really moving around by himself.

Never underestimate how seriously two elementary schoolers can take Christmas. Kim Kardashian discovered that her seven-year-old daughter, North West, and eight-year-old niece, Penelope Disick, had conspired to solve the Elf on the Shelf mystery. The girls weren’t buying their parents’ story that the elves fly back to the North Pole every night, and decided to get the real story for themselves.

Kim took a video for her fans showing the expert setup North and Penelope devised in her living room. They positioned a baby monitor so that it was overlooking the room where Kim leaves the elves to find out what’s really going on while they’re asleep. Spoiler alert: the girls were right. The Elf on the Shelf isn’t heading home to the North Pole every night; Kim’s moving them herself.

A baby monitor on a pole in the middle of the living room may not be the most subtle setup, but you have to admire their innovation. Kim didn’t provide any information about their findings, but you know they’ll be interrogating her later. North and Penelope are thick as thieves, and are always getting caught up in some wild shenanigans. They’re not just cousins; they’re best friends for life. They’re even in the same friend group! 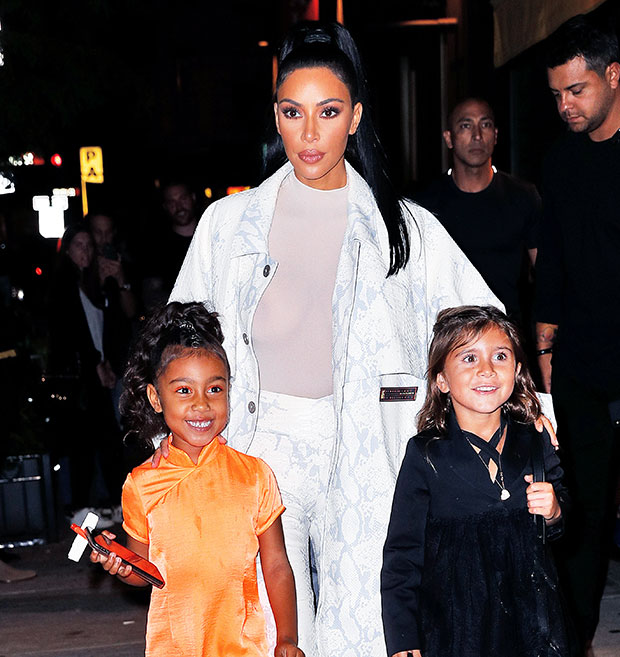 Over the summer, Penelope’s dad, Scott Disick, chaperoned a pool party for the besties and two of their schoolmates. The girls had a blast splashing around at Scott’s Los Angeles mansion, and gave him huge smiles and peace signs for his Instagram pics. North and Penelope are seriously the cutest duo.