North West is Rudolph-ready for Christmas! The 8-year-old daughter of Kim Kardashian, 41, and Kanye West, 44, shared a cute makeup tutorial to her joint TikTok account she shares with mom Kim, getting in the holiday spirit with Rudolph the Red-Nosed Reindeer-style makeup. In the video, the well-known Christmas tune plays in the background as North puts on the playful makeup, which included red eyeshadow, filled-in eyebrows, and Rudolph’s signature red nose. North was sure to give followers a full view of the finished look, signing off with a peace sign.

The eldest of the Kardashian-West clan followed up with another video posted to the joint account, wearing the same makeup and lip-syncing one of Jim Carrey‘s hilarious monologues from the 2000 Christmas classic How The Grinch Stole Christmas.

North first launched the joint social media account with her reality star mom in November. Although the pair only posted mom-approved videos, such as their first video enjoying a mother-daughter spa day, North got into some hot water when she went rogue and began doing a TikTok live without Kim’s supervision. The SKIMS founder then had to reckon with the idea of her kids’ emerging presence on social media.

“Kim and her sisters decided it was time to turn on Parental Controls for all of their kids to make sure nothing like this happens again,” a source EXCLUSIVELY shared with HollywoodLife on Dec. 17. “Not only did they make the accounts restricted so that the kids cannot view content that is not suitable for kids, but they also all now all have enabled the Family Safety Mode, which allows them to create passwords for their kids accounts and have remote control access over their kids Tik Toks so that they are always aware what they are doing when they use the app.” 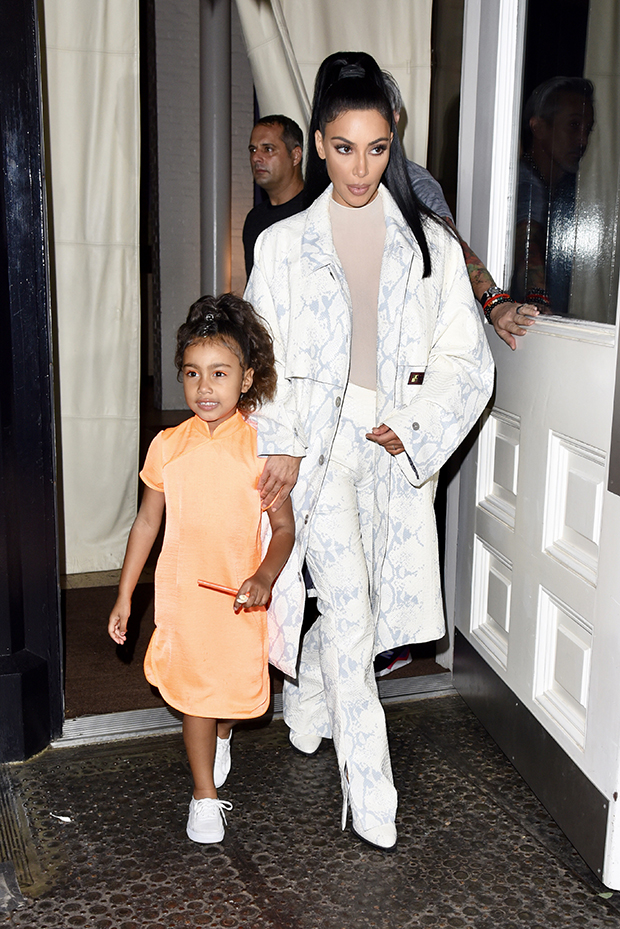 The source went on to share that although she doesn’t need to completely restrict North from using a cell phone in general, she does want to be smart about the limitations. “There will be no more TikTok videos streaming live without Kim’s knowledge,” the insider shared. “It is way too dangerous and North also now knows that she is not to even try to do this again. Kim is not a huge disciplinarian, but when it comes to her the safety of her and her children, she will always put her foot down.”