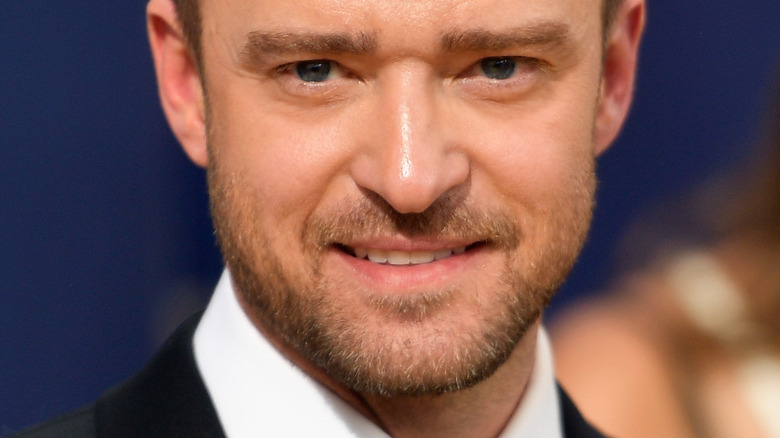 Justin Timberlake has been no stranger to controversy throughout his career, from the aftermath of his relationship with Britney Spears (via The New York Times) to the time when JT — who’s been married to Jessica Biel since 2012 — was caught holding hands with his “Palmer” co-star Alisha Wainwright during a night out (via HuffPost). Even more recently, he’s been caught up in a bit of teasing with his former bandmate Lance Bass (via The Independent), who himself has been embroiled in criticism over comments he’s made over Spears’ conservatorship.

Of course, even the most angelic cookie-cutter celebrity would struggle to avoid creating controversy over a career that has lasted more than two decades, but Timberlake has undoubtedly messed up now and again. However, there are small mishaps, and then there are big blunders — we’re here to focus on the latter. Here’s the one blunder that really stands out above the rest for Justin Timberlake.

He exposed Janet Jackson during the Super Bowl's halftime show 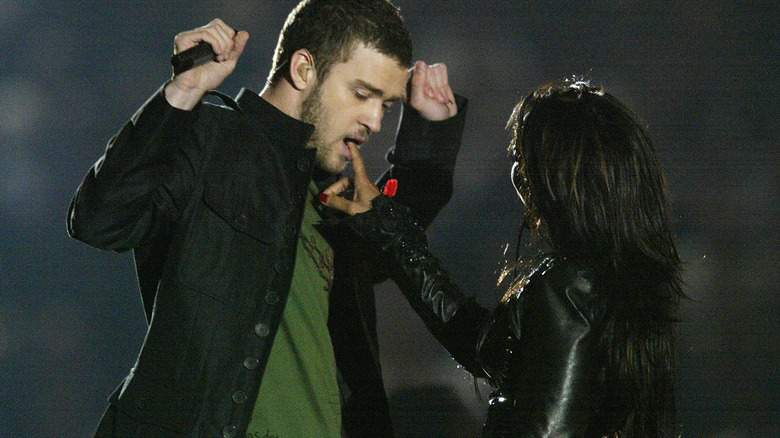 Cast your mind back to 2004. Yes, it really was 17 years ago now. George W. Bush was president, “Friends” and “Frasier” both ended (via Slate), and the New England Patriots won the Super Bowl. However, what most people were talking about after the Super Bowl — even the die-hard sports lovers — was the halftime show.

In keeping with the tradition of having big names performing during the halftime show — U2 had starred the year before — Janet Jackson was the headliner of Super Bowl XXXVIII. For her show, Jackson performed a medley of some of her biggest tracks, before surprise guest Justin Timberlake took to the stage, with the pair then duetting on Timberlake’s “Rock Your Body.” After singing the final line, “Gonna have you naked by the end of this song,” Timberlake pulled off part of his costar’s costume, revealing her breast, which was decorated by a nipple shield (via History).

Though it was only shown for a split second before the camera cut away, it became a huge moment. Both MTV and CBS issued fast apologies, as did Jackson, who later referred to it as being “truly embarrassing.” It’s been suggested that Jackson’s career never recovered after the incident, with the now 55-year-old taking most of the blame.

The incident, however, did not seem to hurt Timberlake’s career, and he was in fact chosen as the headliner 14 years later for Super Bowl LII. Timberlake did apologize to Jackson back in February 2021, but was criticized after he did so, following a report that he had dismissed the idea of apologizing just five years before (via The Independent).

The incident inspired the creation of YouTube, and a new phrase 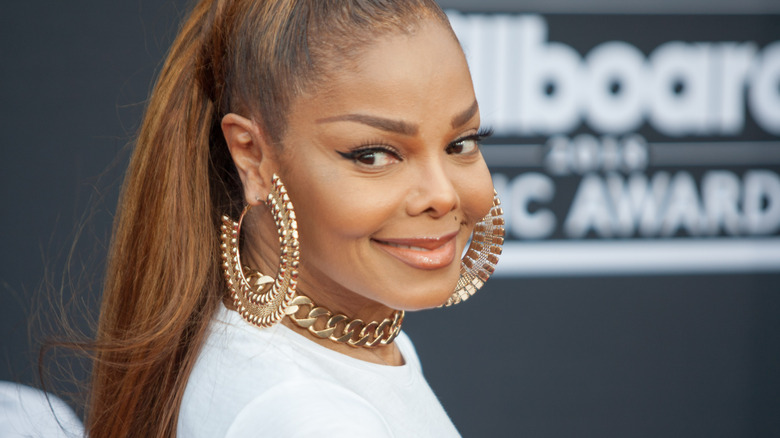 The term “wardrobe malfunction,” as used by Justin Timberlake to describe the controversy in his own apology, has since entered the common lexicon to describe incidents in which somebody’s clothes expose their intimate parts (via Marie Claire), while, per USA Today, the event itself has come to be known as “Nipplegate” in the years since the event.

The influence of the incident was so huge that it was even credited with being the reason for the creation of YouTube — yes, really. One of the video-sharing site’s co-founders, Jawed Karim, wanted to view a clip of the incident but couldn’t find one, and channeled this frustration into creating the platform — and Vevo, too (via ThoughtCo.). It even inspired the launch of Facebook, which was brought to life just three days after the show in a bid to capitalize on the publicity (via ESPN).