Olivia Munn is living her best life on a tropical New Year’s getaway! The actress rocked a pink and purple bikini while tanning and snorkeling.

Olivia Munn has escaped the winter chill in favor of a sunny, tropical vacation! The 40-year-old actress rang in the New Year by going for a swim in crystal blue waters, while rocking a pink and purple tie dye bikini. She took to her Instagram Story on January 1 to share snaps of herself snorkeling, and joked that it was “hard” to look good in googles. “Fact: it’s really hard to look cool snorkeling,” she captioned a photo of herself stepping out of the water. Olivia walked up the cement stairs from the ocean to a dock at her luxe resort, hilariously joking in her caption that she “saw a blowfish”. Olivia was also seen laying face down on a towel, getting her tan on!

Olivia has never looked happier, and it seems she’s having a fresh start in 2021 after calling it quits with her boyfriend Tucker Roberts in the summer of 2020. Fans had speculated that the two were romantically involved as far back as December 2018, when they were spotted holding hands and shopping together in Beverly Hills. However, it took some time for Olivia to publicly confirm that the pair were indeed dating. 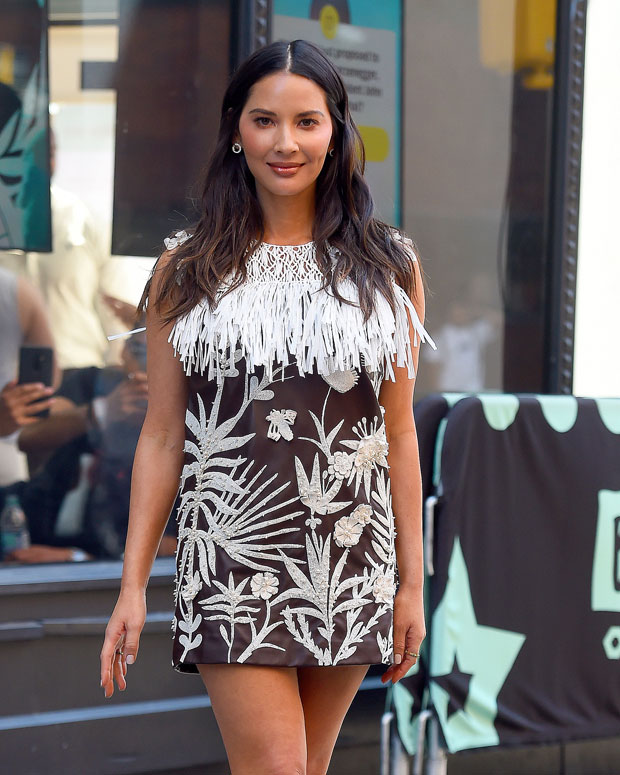 Soon after announcing the split, Olivia was spotted enjoying some downtime on a lake, while on a summer trip with her pals in August. The Newsroom alum rocked a light pink string bikini, while her long raven tresses cascaded past her shoulders. She hilariously wrote in her caption, “Phone > Lake” as she was seen typing on her iPhone while the “Savage Remix (feat. Beyonce)” by Megan Thee Stallion was playing on the luxury boat. In another snap, she showed off her bikini, designed by Frankies, and posed-up in her shades with a colorful wrap around her waist.