Amanda Owen helps a sheep give birth to twin lambs

Amanda Owen took to social media to share her delight at the arrival of twin lambs. The 46-year-old, who is best known as the Yorkshire shepherdess in Channel 5 show Our Yorkshire Farm, went on to address her own struggles.

Taking to Twitter, Amanda shared a clip of herself working hard on the farm as she came to the aid of her sheep, Sheila.

In view of her 158,000 followers, the video showed the shepherdess assisting with the birth of the second lamb.

Amanda captioned the post: “Feeling pretty frazzled today but the weather is holding up & making lambing outdoors very pleasant. Especially when accompanied by a symphony of birdsong.” 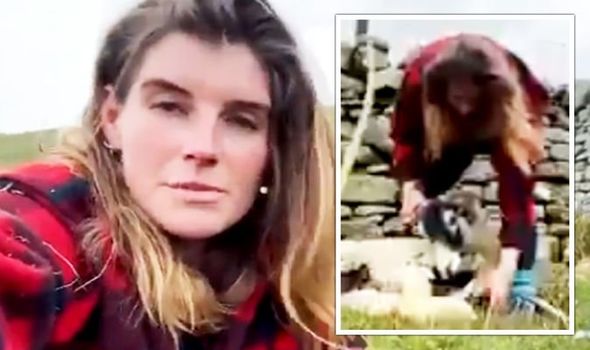 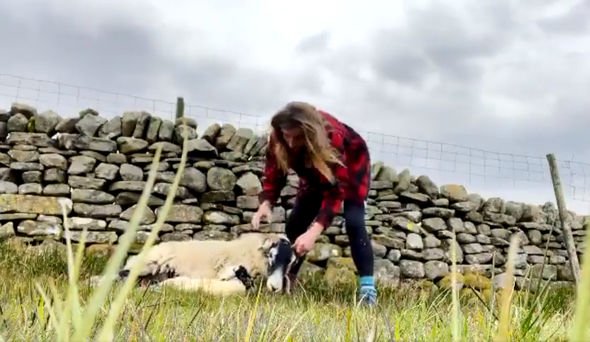 Speaking in the video, Amanda explained that Sheila appeared to be “messing about” while giving birth to the second lamb, so came to her aid.

“So this here is Sheila, and she’s a first-time mum. She has just given birth to twins,” she told her followers.

“She had the first one all by herself but she is just messing about with the second one.”

Amanda added: “I just wanted to make sure that she gave birth safely. Looks like she’s going to be a good one.” 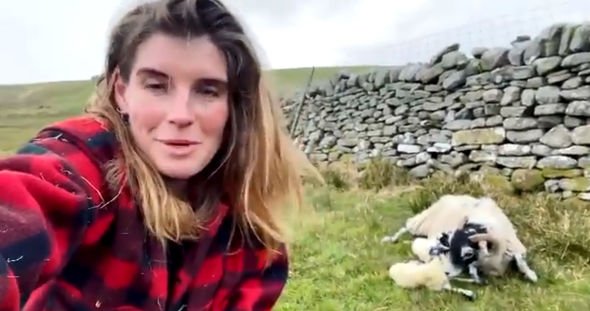 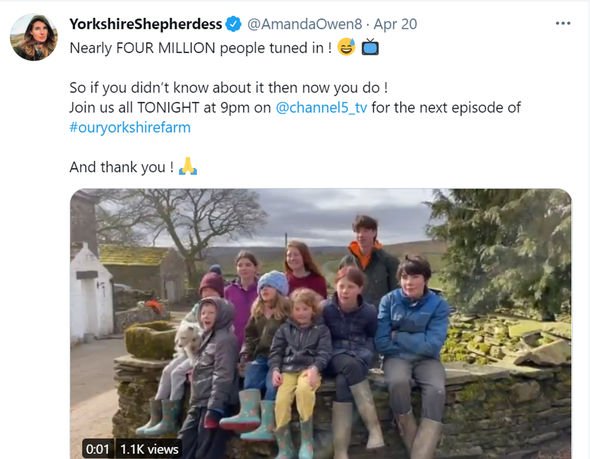 Fans flocked to comment on the post, as many social media users applauded the Channel 5 star’s efforts.

One said: “What percentage of sheep will need help with lambing?”

Amanda replied: “It varies from year to year but with certainly a small percentage.”

Another person remarked: “I really admire you and I’m a little jealous. I think you are an inspiration to all women and a fantastic role model to your children.”

“No doubt your favourite part of the job. They certainly look healthy,” a third quipped.

While a fourth added: “So pleased the weather’s getting better for you…makes your work outdoors much more pleasant.”

The TV star also took to the micro-blogging site and shared her amazement after her Channel 5 show saw four million people tune in.

The documentary series is set on the Owen family’s remote farm in the Yorkshire Dales and gives insight into their daily lives.

Amanda gushed: “Nearly FOUR MILLION people tuned in! So if you didn’t know about it then now you do! Join us all TONIGHT at 9pm on @channel5_tv for the next episode of #ouryorkshirefarm. And thank you!”

A viewer commented: “Gonna have to have a double dose tonight as I missed it last week. Love it.”

Our Yorkshire Farm airs tonight on Channel 5 at 9pm.