Months after Madelyn Cline and Chase Stokes went public with their relationship, she says things are still ‘really cool’ between then, and she revealed what she really ‘loves’ about her ‘Outer Banks’ co-star.

“It’s really cool. Love is tight,” Madelyn Cline said while chatting with Entertainment Tonight about her relationship with her Outer Banks co-star, Chase Stokes. Madelyn, 22, and Chase, 28, went public with their romance over the summer, and since then, their love has only gotten stronger. “It’s cool to share this experience with your favorite people and also your favorite person, she said during the Nov. 10 episode of ET. “I don’t really know — I feel very happy.”

Madelyn also dished why she and Chase did their best to keep the romance to themselves before confirming the growing speculation that they were a couple. “The show coming out was already a pretty big life change,” said Madelyn, “and we were also just starting the whole quarantine process, and that’s a huge life change, and going through a global pandemic — “I think we were just wanting to kind of give it some time and enjoy it while it’s new and fresh and just kind of keep that to ourselves.” However, she noted that these efforts were in vain. “People knew before we said anything.” 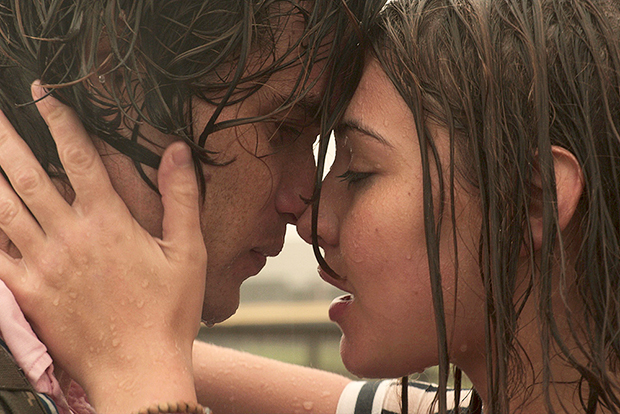 Production has started on season 2 of the hit Netflix show, and Madelyn revealed that the on-set dynamic between her and Chase has changed, but not that drastically. “We definitely have boundaries because we were friends before this. And we understood how we worked as individuals before we were seeing each other,” she told Entertainment Tonight. “We knew how we worked professionally — like we knew what each other’s personal boundaries were for certain things.”

“Just as a rule, you know, we never bring anything [negative] to set – say, there’s a disagreement or whatever – if there’s a conversation that needs to be had that could potentially, y’know, kind rain on his parade, that’s never something that happens before work,” she added. 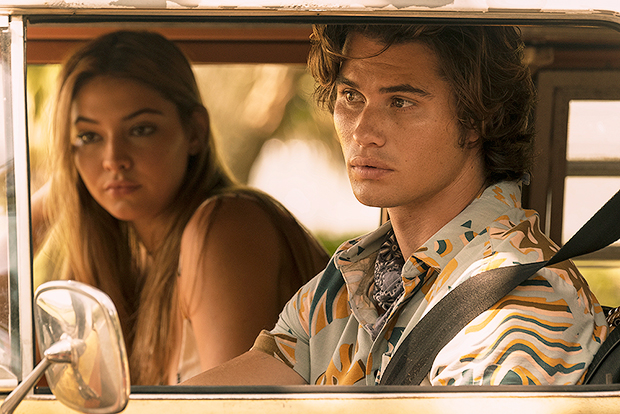 “Something I really appreciate is that, [when] we go to set, we’re individuals,” continued Madelyn. “And we’re still, at the very minimum, we are best friends, and we are partners, and we are screen partners. We are there to support each other. And sometimes, you give that person space. Sometimes, you go, and you pull them aside, and you kinda talk them through – if they’ve had a difficult scene, and they need to download. Whatever your partner needs at the time, and I really, really love that and respect that about him and our relationship.”

Chase and Madelyn confirmed their relationship on June 14. “Cats outta the bag,” Chase captioned an Instagram post, one that showed photos from a recent beach date. One of the photos showed Madelyn holding a bottle of wine, a huge smile on her face. “I’ve fallen, and I can’t get up,” Madelyn commented on the post, confirming that love could be found in the OBX.