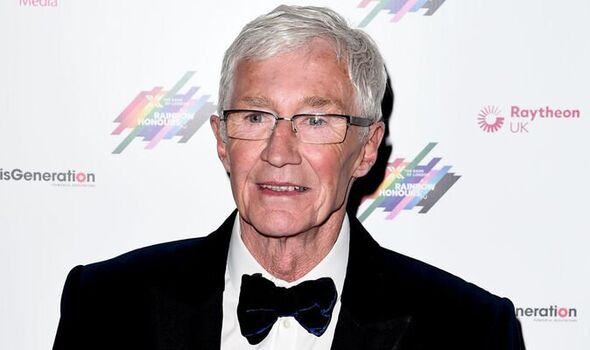 Fans suggested the TV legend, 67, find another address after he shared images of a small bottle of green liquid containing a chunk of plaited hair he’d discovered in his grounds. The presenter and actor wrote on Instagram: “Digging around the back of the garden this was dug up. It’s a small bottle containing a lock of hair that has been twisted into a plait. The hair looks red but whatever liquid is in the bottle might have discoloured it over the years.”

Paul added: “I haven’t opened it and have no intention of doing so, in fact I’m going to bury it again as it’s not only odd but slightly creepy. Any ideas what it is?”

The broadcaster lives in a grand farmhouse in rural Kent, where ke keeps an array of animals, Express.co.uk reported last month.

But the majority of his 688,000-strong Instagram following urged the comedian to move house after his creepy find, Mirror reports.

“Holy s**t! Yes get that BACK in the ground quick snap!! Yikes,” one man wrote to the star, adding: “That’s def some old magic power s**t … back in the ground!!”

“Put ya house up for sale,” one fan dramatically advised Paul, with another adding: “It’s a witches bottle…. Re-bury it and move house.”

Another stated: “It’s a witch bottle, buried to protect the house occupants and serve as a protective charm. It’s possibly filled with urine and a little alcohol. Basically it’s a bottled spell.”

Paul, who grew up in Tranmere, Merseyside, later updated his followers on what he did with the bottle.

He wrote: “Thanks for all your comments about this, whatever it is I’ve buried it in the woods.

“It’s a super moon tonight and my birthday tomorrow so I’m not taking any chances.”