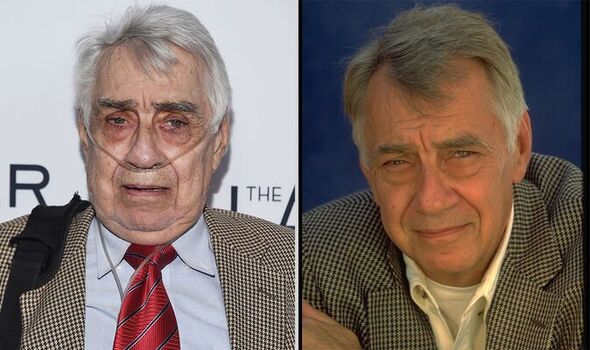 Phillip Baker Hall, whose illustrious acting career included roles in Modern Family, Boogie Nights and Seinfeld, has died at the age of 90. His neighbour, journalist Sam Farmer, announced the news in a statement.

The LA Times writer called Phillip “one of the west, most talented and kindest” people he knew.

“My neighbour, friend, and one of the wisest, most talented and kindest people I’ve ever met, Philip Baker Hall, died peacefully last night,” Sam tweeted.

“He was surrounded by loved ones. The world has an empty space in it.”

Phillip is survived by his wife, Holly Wolfle, and his children Adella and Anna.

He was a prolific character actor with roles in the films The Truman Show, Magnolia, Zodiac and Argo.

His role as Sydney in Hard Eight, opposite John C. Reilly, won him an Independent Spirit Award for Best Male Lead in 1996.

A review by Roger Ebert said: “Nixon is portrayed by Philip Baker Hall, an actor previously unknown to me, with such savage intensity, such passion, such venom, such scandal, that we cannot turn away.

“That’s close enough. This is not an impersonation, it’s a performance.”

Vincent Canby of The New York Times added: “Mr. Hall’s immense performance, which is as astonishing and risky – for the chances the actor takes and survives – as that of the Oscar-winning F. Murray Abraham in Amadeus.”

Phillip’s most recent role was as Zelman Katz in 2020 Netflix series Messiah.

Fans have begun to pay tribute on social media.

Sam Meltzer tweeted: “Phillip Baker Hall’s performance in SECRET HONOR is one of the best of the 80s.

“A masterclass in a descent through madness and capturing a wide range of riveting and real emotions within only 90 minutes and in one room. He was such a talent and will be missed. 1931-2022”.

Ryan Doyle added: “Tom Cruise often gets all the accolades as far as performances go in Magnolia, but to me Phillip Baker Hall is THE performance of the movie.

“Plays a really terrible person with nuance and compassion but never asks for sympathy.

“This is next level stuff. Will miss you King.”

“RIP Phillip Baker Hall. His career defining roles in HARD EIGHT and as Jimmy Gator in MAGNOLIA left an indelible mark on me,” penned Tomisin Adepeju.

“He was actor whose commanding presence on screen completely immersed you into the world of his characters, unsettling and vulnerable in the same breath.” (sic)