Piers Morgan, 54, certainly appeared taken aback that Coronation Street character Gail Platt (played by Helen Worth) had an axe to grind with the Good Morning Britain star. In the soap last night, it was revealed Gail wanted to previously throw a “tomahawk” at the Good Morning Britain presenter. Piers went on to upload a short clip from the episode of the ITV soap, where he reacted to the bizarre remark. He quizzed: “Sorry? Why does Gail Platt want to throw a tomahawk at me???! #Corrie.” Fans rushed to comment, with many tickled by the moment on-screen, as one person said: “Hahaha! You’ve made it. A mention on Corrie.”

Another person added: “Sign of affection @piersmorgan – she fired an arrow at #nationaltreasure @lorraine.”

While the official Coronation Street account replied: “You’re in good company, she shot @reallorraine with an arrow on Monday!”

The threat of being attacked with a tomahawk comes after last night’s episode where David Platt (Jack P Shepherd) was warning his family of Gail’s sinister intentions after she injured ITV’s Lorraine Kelly with a bow and arrow the day before.

David explained he had to stop his mother from throwing a tomahawk at Piers.

Gail had appeared to have become an overnight celebrity following the incident on the soap, which made primetime news after she had accidentally shot Lorraine.

It comes after her daughter Sarah (Tina O’Brien) and mother Audrey Roberts (Sue Nicholls) played a game of archery. 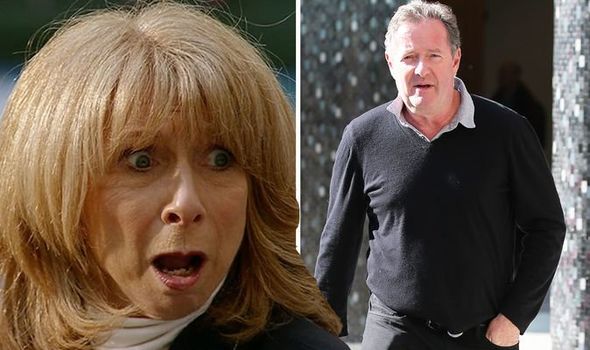 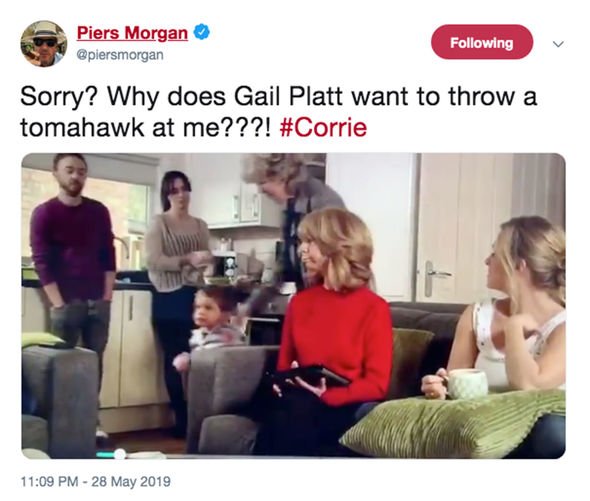 Lorraine, who stars as herself in the soap, came out of the tent with an arrow planted into her thigh.

Holding onto her leg, as she limped out towards Gail, and fumed: “Ooow! You daft wee woman. You could’ve killed me,” as she winced in pain.

“OK, someone’s got to say it: I love @serenawilliams but her new playing outfit looks absolutely diabolical,” he tweeted, adding: “Sorry.”

Serena arrived for the French Open 2019 on Monday wearing the bold ensemble with a jacket over the top. 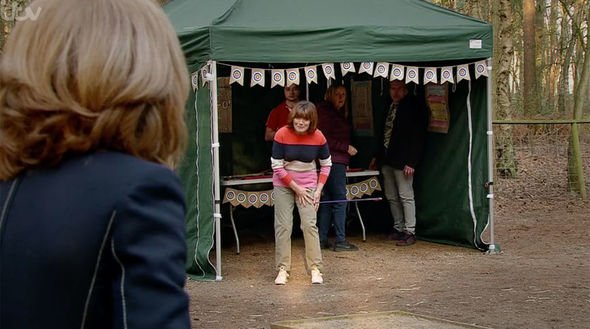 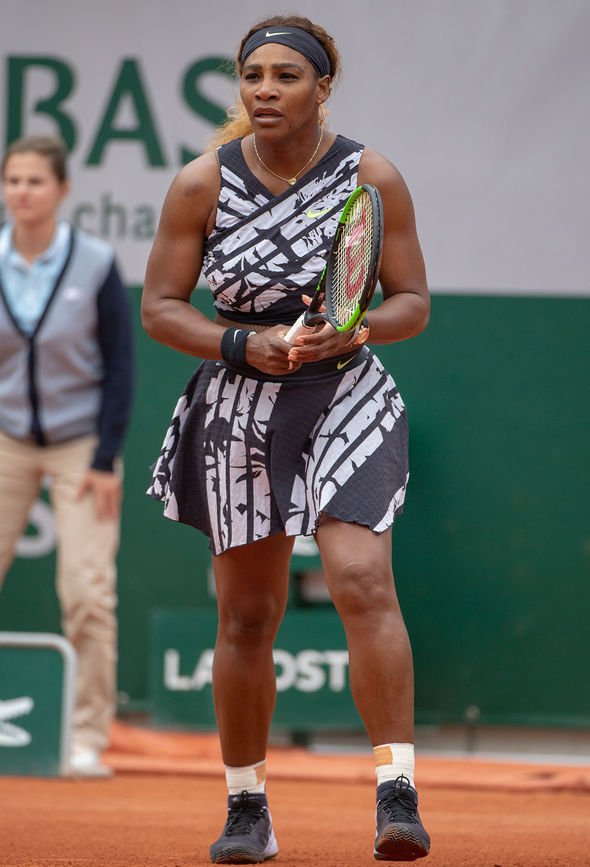 The jacket was emblazoned with the words “Champion”, “Queen,” and “Goddess”.

Fans rushed to Serena’s defence, with one saying in response to Piers’ tweet: “From Mr Fashionista itself eh…”

“As if she needs your endorsement to feel good,” another commented.

While a third chipped in: “Why does that matter? Really why??”