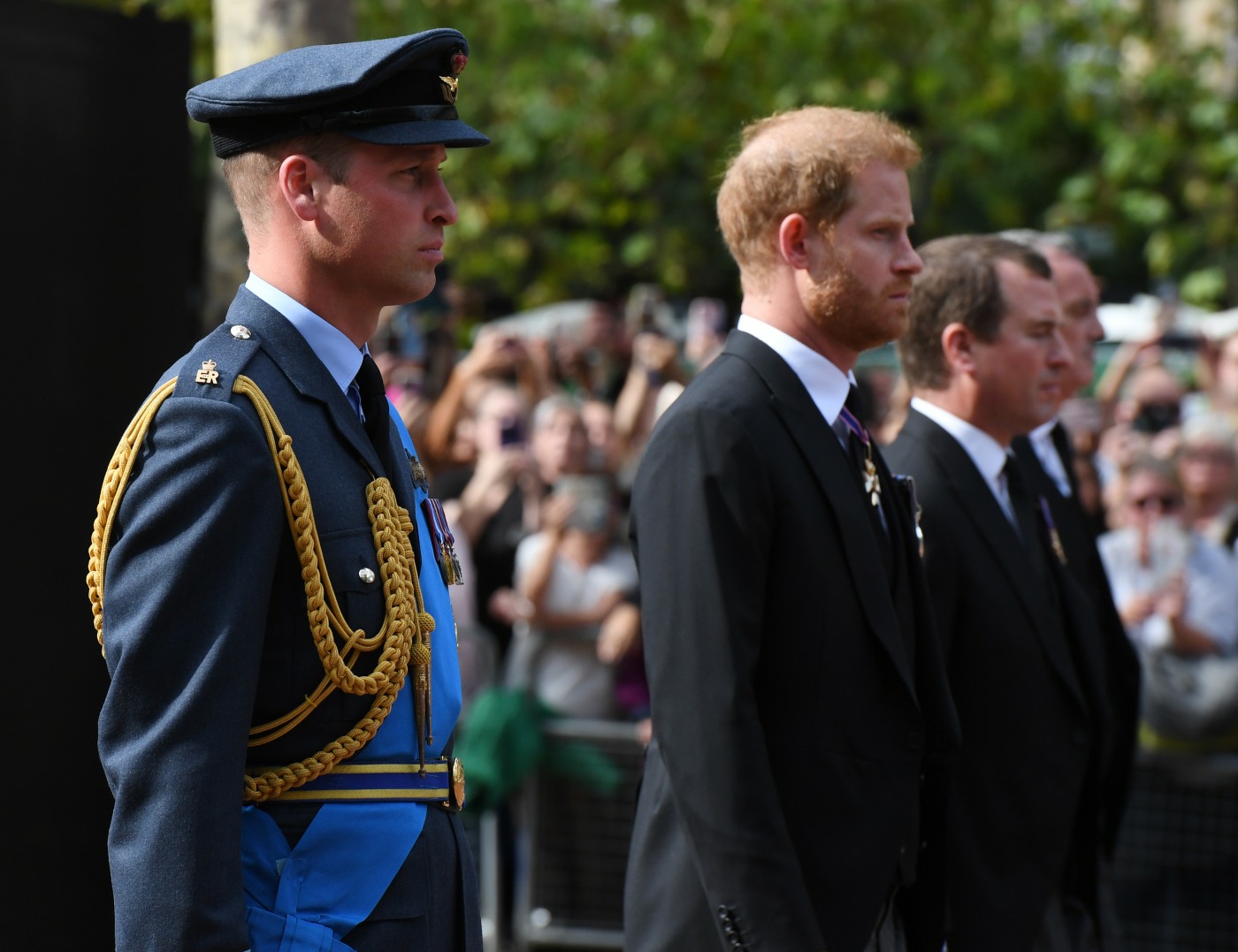 One of the biggest pieces of news from Queen Elizabeth II’s London procession to Westminster Hall is that Prince William and Prince Harry were able to walk side-by-side without a buffer. At Philip’s funeral, Peter Phillips had to stand in between William and Harry because neither brother wanted to stand next to the other. This time, Harry stood in the middle, in the second row, with William on one side and Peter on the other.

The other headline was, no surprise, Prince Harry and Prince Andrew were both in suits while the rest of the royal men wore military dress uniforms. As we discussed yesterday, Harry released a statement yesterday about it, saying: “[Prince Harry] will wear a morning suit throughout events honouring his grandmother. His decade of military service is not determined by the uniform he wears and we respectfully ask that focus remain on the life and legacy of Her Majesty Queen Elizabeth II.” It was perfect – he didn’t fight about it, he’s not begging anyone for anything. He’s just allowing the new king, his father, to look petty and punitive. It looked absolutely bonkers and wrong to see a combat veteran in civilian clothing among uniformed royals.

I think I recognize Meghan’s black coat – she must have left it at Frogmore Cottage. Isn’t that the coat she wore to Remembrance Day when she was pregnant? Kate’s coat looks new. 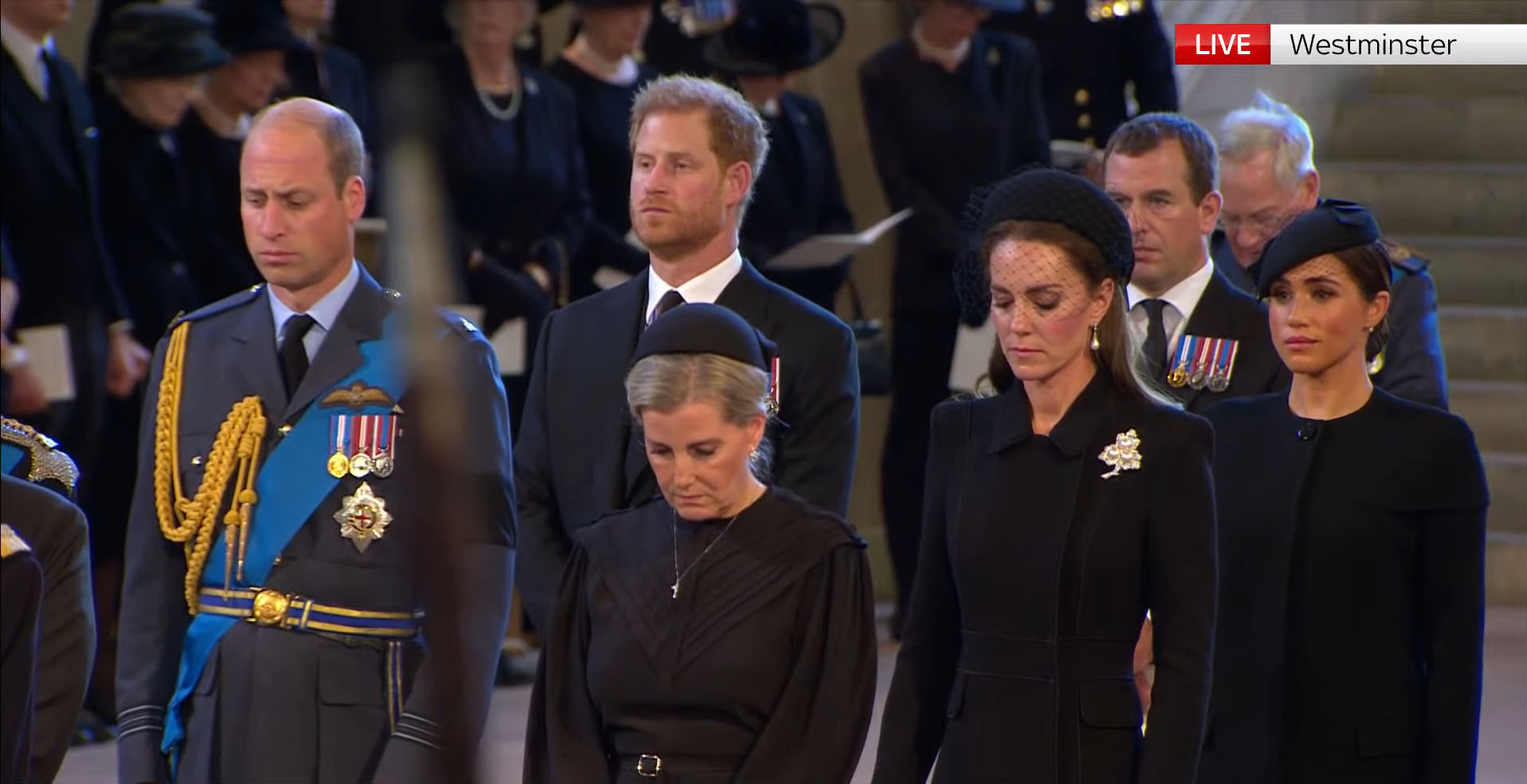 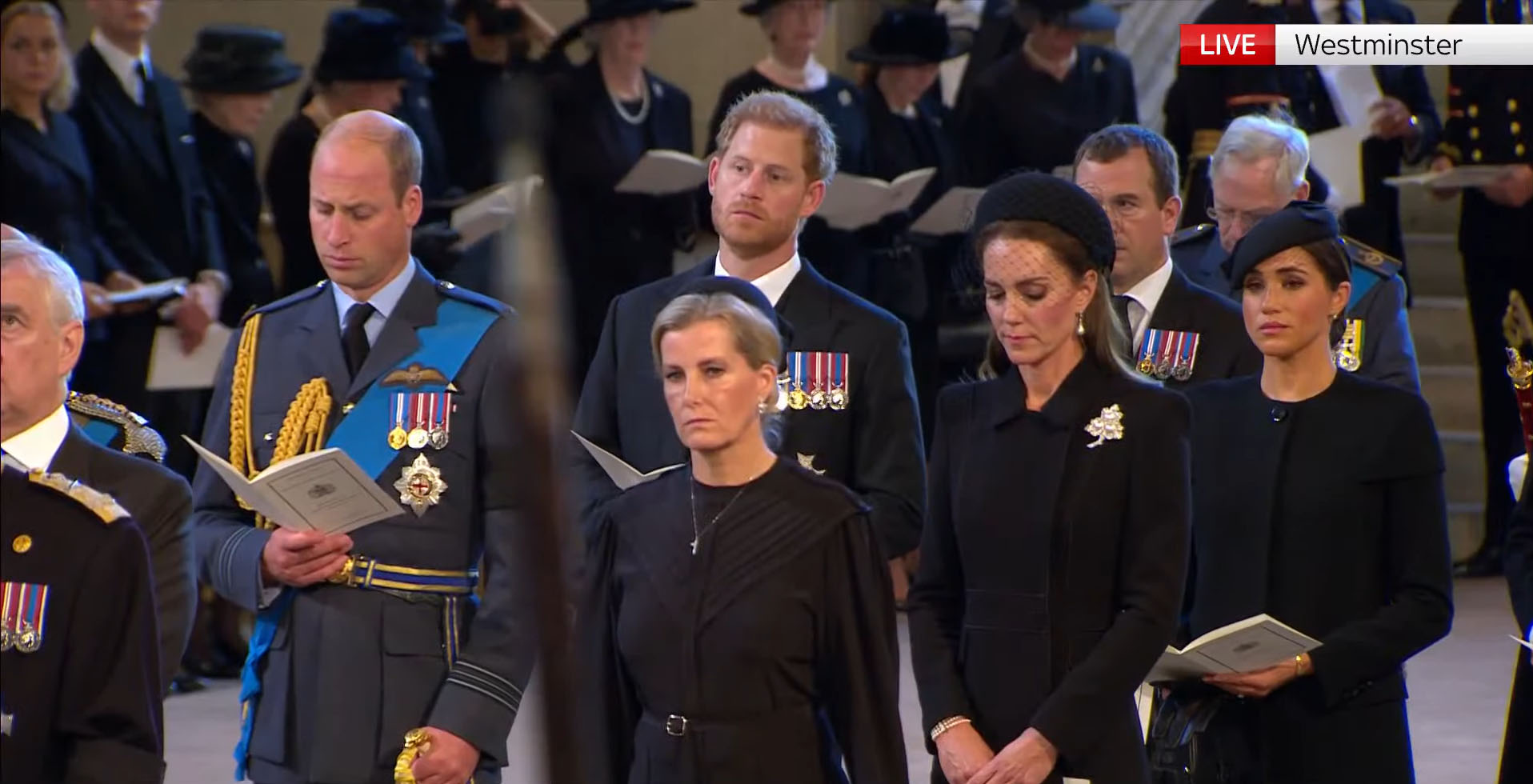 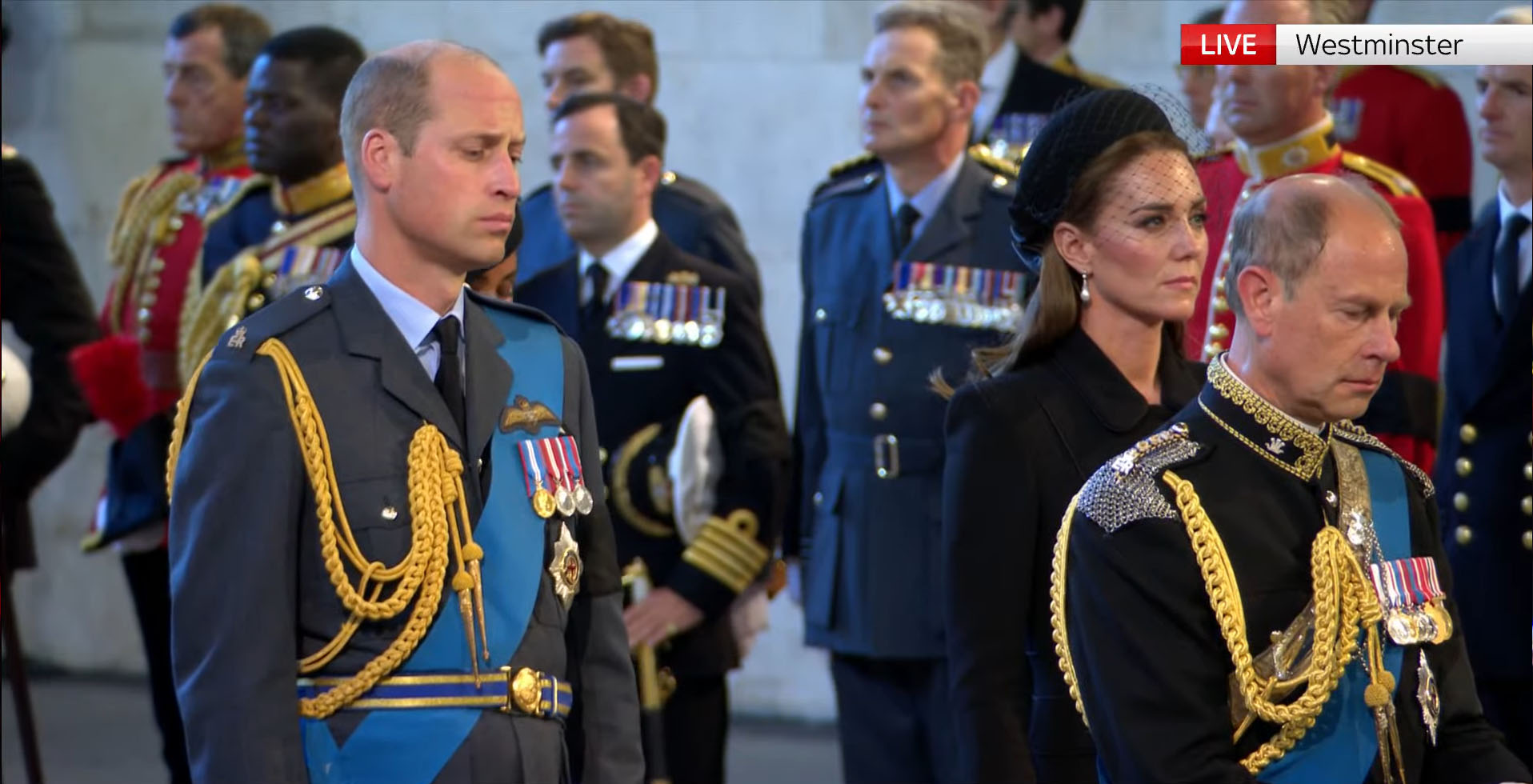 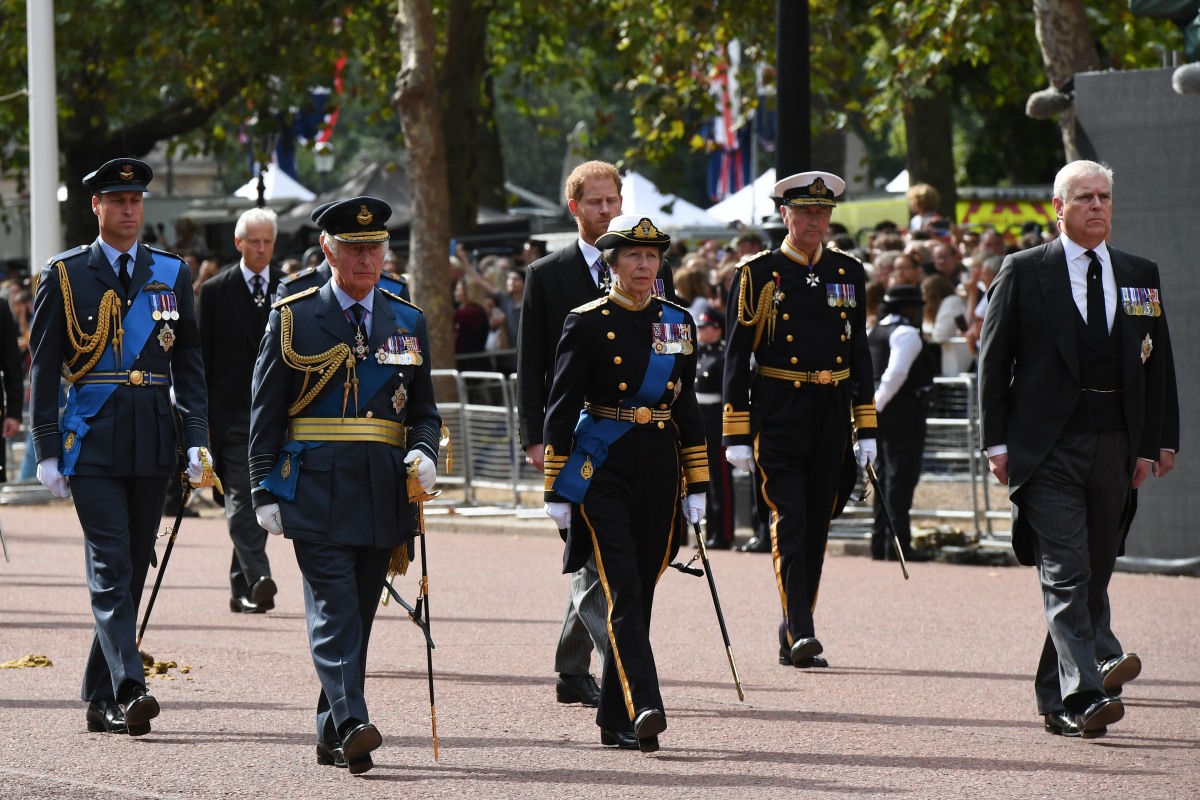 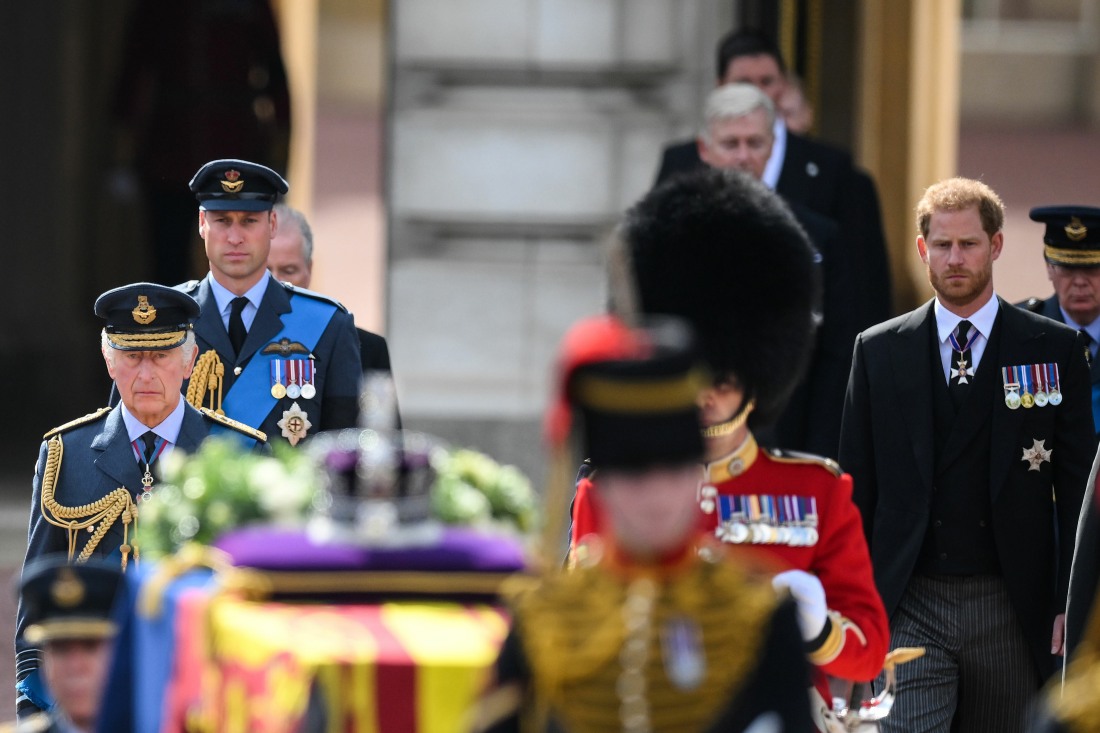