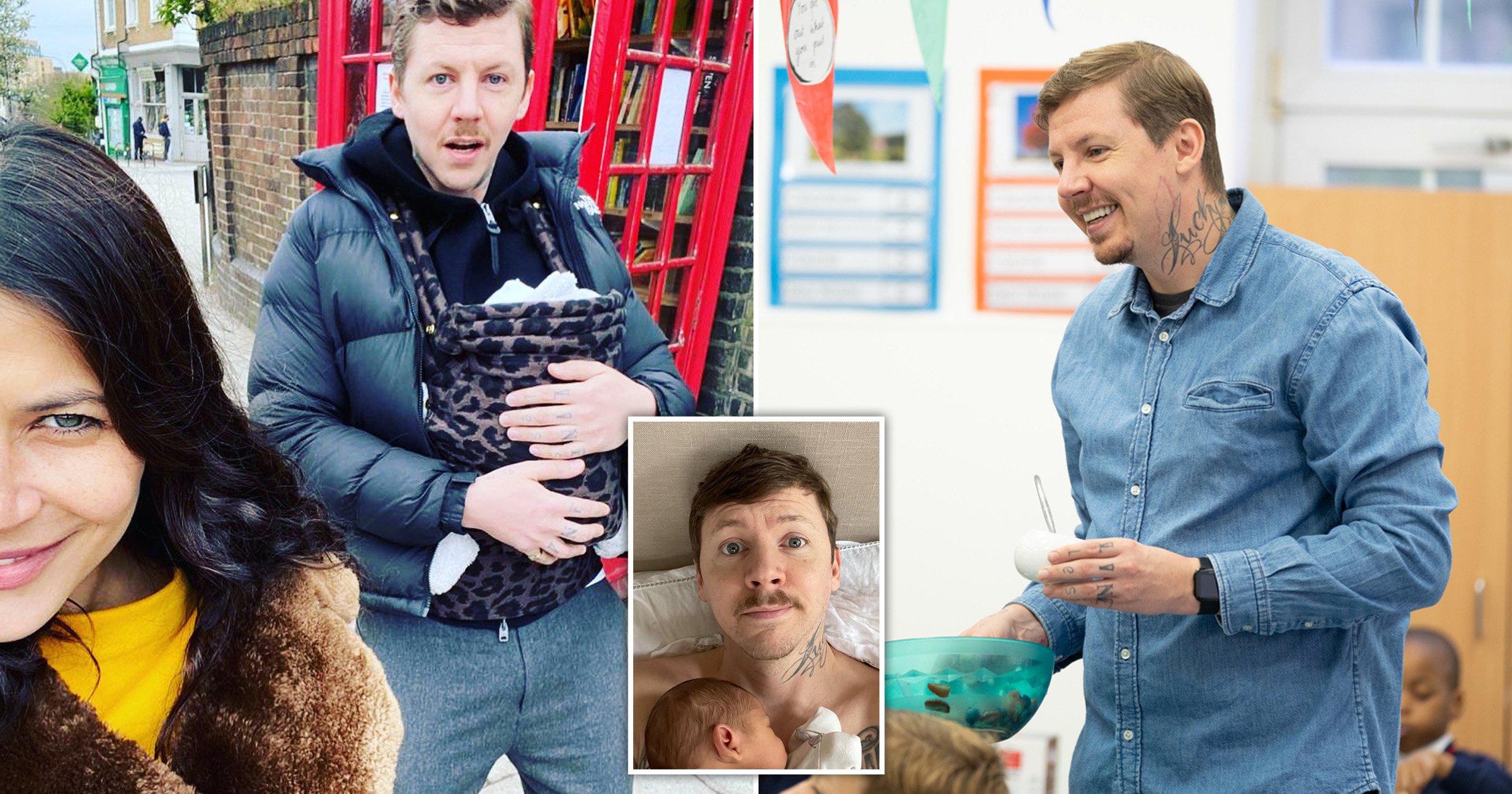 Professor Green plans on pushing his son to start working from a young age so he can understand the hardships the rapper faced while growing up.

The Read All About It rapper welcomed his first child, son Slimane Ray, earlier this year with fiancee Karima McAdams.

Now that he’s a father, Pro Green has started thinking about the path he would like his son to take while having more of a privileged upbringing than he did himself.

The rapper has teamed up with Quaker for their Magic Breakfast campaign as they fight against child hunger to donate up to half a million breakfasts to children this winter.

He joked of being a new dad: ‘I’ve been winging it since I was born, this is no different. You become a parent and then it’s like, OK well, what do I do?’

However, he added: ‘We are all really well, he’s a little bundle of joy. He was made with love and he is full of love. He is just the happiest little thing.’

On Slimane’s upbringing, the activist said: ‘People always say, “oh you’re middle class”, no. I grew up working class, I cannot rid myself of working class anxieties. My mortgage hangs over my head like a dark cloud until I have absolute financial security, I will always have my working class anxieties but I am making sure I am working my backside off to ensure he doesn’t have to.

‘He’s gonna be working from a young age. I was working from the age of 12, probably before when I used to go and help my uncle on a building site. He’s going to understand the value of a penny, let alone a pound. Unbeknownst to him he will hopefully avoid many of the hardships I had growing up.

‘You break the cycle, you don’t perpetuate it.’

Pro Green, real name Stephen Manderson, is even more determined to support causes that support children after welcoming his own little one.

New research has found that 74% of parents thought that not having a nutritious breakfast would negatively impact their child’s work. Further, nearly a quarter of children would become more restless and agitated in the classroom without breakfast.

Explaining why he got behind the campaign, Pro Green said: ‘It will make a difference because in addition to the 2.9million breakfasts they’ve provided throughout this campaign, they’re providing an additional 500,000 breakfasts for children.

‘Imagine the idea of a child going to school hungry and then being expected to sit down and concentrate, focus. The two don’t go together very well. It’s difficult because so many children get tarred with the brush of having behavioural problems but quite often those behaviours are symptoms, they’re not the problem.’

Drawing on his own personal experience, the 37-year-old recalled: ‘Before free school meals, one of my earliest memories was my nan taking me to our GP to swap her voucher for my SMA milk. I grew up on benefits so I understand the benefit of them and the necessity of them as well. People need that support.’

He added: ‘I think any Government we have could just be doing more. As long as there’s a problem, more needs to be done. This shouldn’t be an issue. Nutrition is imperative to a child’s – not just their focus in school – but their development.

Quaker’s #FillABowl campaign has now launched, encouraging people to donate a breakfast and raise awareness ahead of World Food Day on October 16.