Queen Elizabeth II’s eldest grandson Peter Phillips and his wife Autumn have finally split more than a year after the pair announced their separation.

Phillips, 43, and Autumn, 42, put out a statement on Monday calling the financial resolution a “sad day” but vowed to prioritize the needs of their daughters.

“Whilst this is a sad day for Peter and Autumn, they continue to put the wellbeing and upbringing of their wonderful daughters Savannah and Isla first and foremost,” they said in the statement, according to People magazine. “Both Peter and Autumn are pleased to have resolved matters amicably with the children firmly at the forefront of those thoughts and decisions.”

The former pair met in 2003 at a Formula One Grand Prix race in Montreal. They married at St. George’s Chapel at Windsor Castle in 2008. 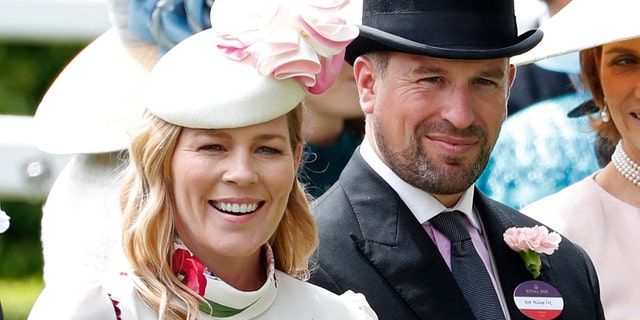 Peter Phillips, the eldest grandson of Queen Elizabeth II, and his wife Autumn have finalized their divorce after 12 years of marriage. The couple said in a statement on Feb. 11, 2020, that separation was sad but amicable. (AP Photo/Alastair Grant, File)

They added in the statement, “Peter & Autumn have requested privacy and consideration for their children as the family adapts to a new chapter in their lives.”

The outlet maintained that Autumn, who is Canadian, will remain in the U.K. “to bring up their two children” as the English county of Gloucestershire is “where they have been settled for a number of years.”

A source relayed to the U.K.’s Sun last year that the reigning monarch would be shaken by news of the marriage dissolution.

“Autumn is a favorite of the Queen and I’m sure Her Majesty will be very upset by this as well,” the insider said at the time. “It’s the last thing she needs after all her recent troubles and you get the feeling that the Royal Family is falling apart a little bit.”