Rege-Jean Page is a man of many talents. The actor sent fans swooning when he graced our ears with his magical voice, singing in Greek in a 30-second clip posted by Audible on Twitter on Oct. 7.

As if we needed another reason to obsess over the Duke of Hastings. Rege-Jean Page, 31, sent Bridgerton fans into a frenzy when audible released a clip of the actor singing on Oct. 7.

The hunk, who voices the character of Orpheus in the audio drama adaptation of The Sandman, sang in Greek for Act II of the drama. Co-executive producer and director of the audio play Dirk Maggs was impressed, to say the least.

“We have Rege-Jean Page as Orpheus, and it turns out that Rege-Jean Page is not only an excellent actor and an outrageously good-looking chap. He also sings like an angel,” Dirk states in the 30-second clip. “I’ve been, and I’ve got to say, it still sends shivers up my spine.”

The short, but swoon-worthy clip drove fans to the comments, leaving them burning for more. “I will say I was up @ 3 am when Neil said audible would release our pre-order on the East coast with all of my friends, trying to find which episode RJP was singing. Maddening. Some friends in Puerto Rico too #worthit we had it on replay the next day at work too. Thanks!,” one fan wrote, while another said, “He is checking all the boxes! Actor, singer, dancer…those Bridgerton waltzes were nothing to play with!) What’s next?? Goosebumps is an understatement!!”

The handsome actor had quite the humbling response to practically breaking the internet. He jokingly tweeting in response to the clip, “Did @audible_com just drop my untreated stems? Rude.” 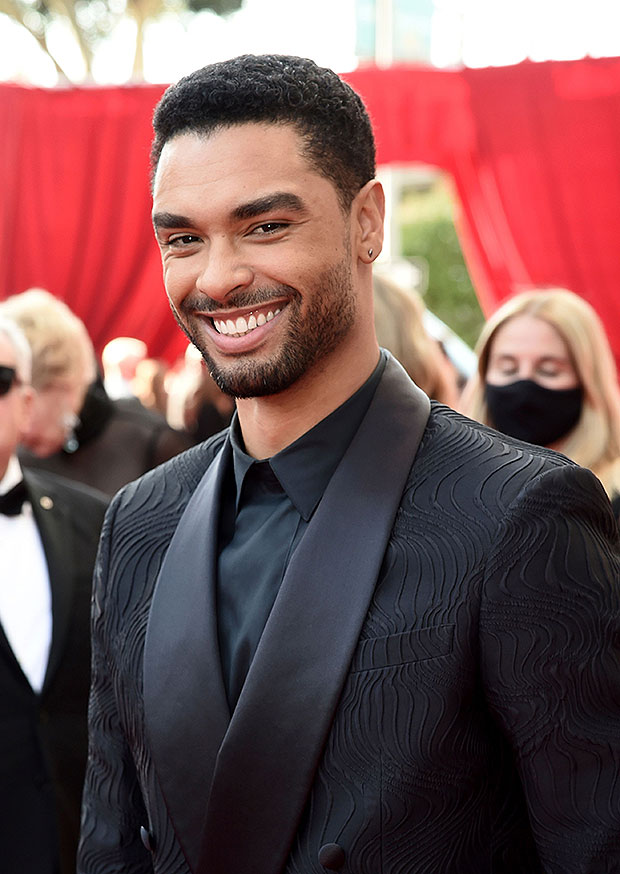 Regé is, of course, extremely talented. Beyond the hit Shonda Rhimes period drama Bridgerton, he was on a few major productions prior such as legal drama, For The People, as well as the Amazon original romance film, Sylvie’s Love, alongside Tessa Thompson.

While all of the projects were successful, his role as the Duke of Hastings truly caught everyone’s attention (as a whopping 63 million households had watched the show within the first 28 days). Sadly he won’t officially be on season two of the series; however, in an interview with British GQ on September 1, the actor curiously played coy — suggesting he could possibly return. “You know I couldn’t tell you,” he said, and gave a slick answer when he was asked more. “Isn’t there something wonderful about being surprised by what you weren’t suspecting?”