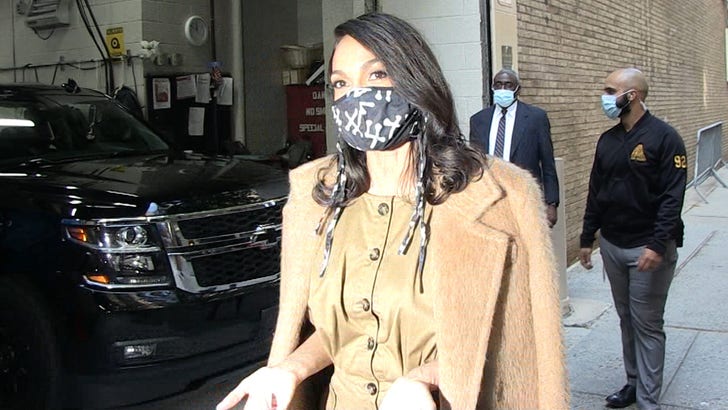 Rosario Dawson says “Saturday Night Live” needs to give BF Cory Booker his due the next time ‘SNL’ impersonates the Senator … and she’s got a few ideas for the stars to workshop.

We got the actress leaving ABC Studios in New York and asked what she thought of the show’s impersonation of her boyfriend.

Rosario doesn’t seem too impressed … she says she’s yet to see anyone nail Cory’s true personality, and she explains why he’s like the Fred Rogers or Ted Lasso of the Senate.

The ‘SNL’ skit mocking the recent Facebook hearing in Congress featured tons of politicians, but the Cory jokes were mostly centered on him dating Rosario.

Next time, Rosario says, the show should instead give her man props for everything he’s doing for his State, from cannabis to police reform.

It sounds like Rosario and Cory weren’t offended by the ‘SNL’ skit … but she’s got a few pointers for Chris Redd.