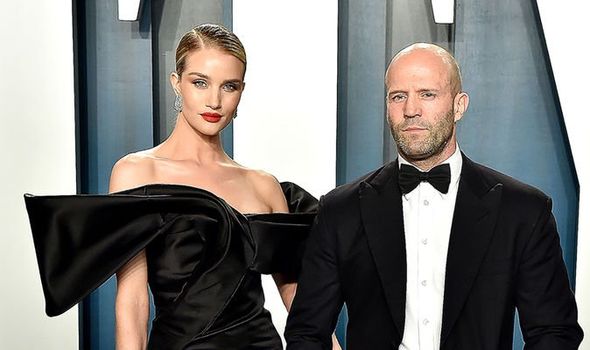 The lingerie model and her Hollywood tough guy actor fiancé have been granted permission to fell a 25-year-old cherry tree. They have also won consent to prune an apple tree, a bay laurel, a southern magnolia, a camellia and a redbud at the Grade II-listed mansion in Chelsea, west London.

Royal Borough of Kensington and Chelsea councillors rejected objections from locals who want the greenery to stay.

One wrote on the felling of the cherry: “It is a pretty, symmetrical, slow-growing tree that provides a pleasing view and assists privacy between neighbours.

“I see no reason why a perfectly healthy tree should be removed to the detriment of our streetscape.”

Another said: “There was no landscape plan as to what they do want to do. They’re chopping down a tree that’s not unhealthy.

“The street is a hodge-podge of greenery. Everyone’s doing their own attempt at gardening but that’s the nature of the street.

“So to come along and just chop down a tree and not put any plan in place is a bit bizarre and not a particularly friendly thing to do.”

They added: “Why buy into a street that you want to change? I’m not a tree-hugger but I just object to the process.”

Rosie, 34, who models for Marks & Spencer, and Expendables star Jason, 54, moved in this year after returning from Malibu to be closer to family and friends.