Serena Williams and daughter Olympia Ohanian, 3, danced it out to Megan Thee Stallion after her major Grammys wins!

Serena Williams and her daughter were so excited over Megan Thee Stallion‘s Grammys wins that they had to just dance it out! The tennis GOAT, 38, posted an adorable video of herself and three-year-old Olympia Ohanian showing off their best moves to “Body” while wearing gorgeous gowns. Serena’s pick was a fluffy beige tulle number with high-low hemline? Olympia’s outfit? Princess Aurora’s dress from Sleeping Beauty, obviously!

The video starts with Serena waving her hands in the air and shaking her hips to “Body” before Olympia scoots in the frame. She’s trying to emulate her mom’s moves so hard! Serena can’t help but laugh when she sees Olympia trying to keep up in her Disney princess dress. The video then cuts to Serena’s tennis court, where the mother-daughter duo and a group of friends are dancing with tennis rackets!

Serena captioned her March 15 post, “How we feel about these Grammy wins! Congratulations!!” and tagged Megan. The “Body” rapper cleaned up at the Grammys. It was her first Grammy Awards ever, and she walked away with three awards: Best New Artist, Rap Song (“Savage” Remix), and Rap Performance (“Savage” Remix). She was also nominated for a fourth award, Record of the Year, but lost to Billie Eilish. 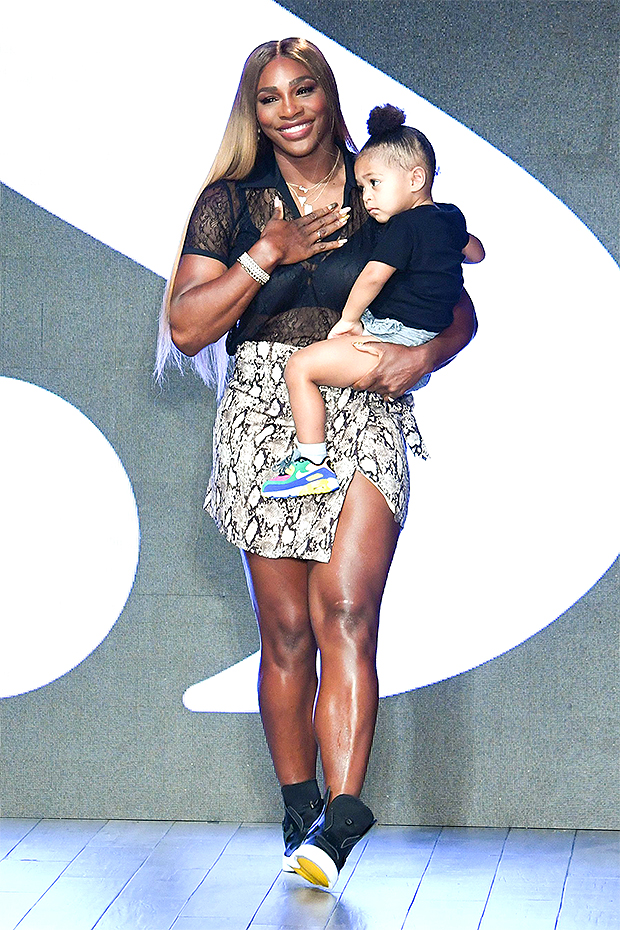 She gave an electrifying performance of some of her biggest hits, like “Body” (Serena and Olympia’s fave) and “Savage,” before teaming up with Cardi B for their first-ever performance of the iconic “WAP“. Serena shares another connection: she’s tight with Beyonce, who shared the stage with the H Town Hottie while accepting their Grammy for Best Rap Performance. What a night!