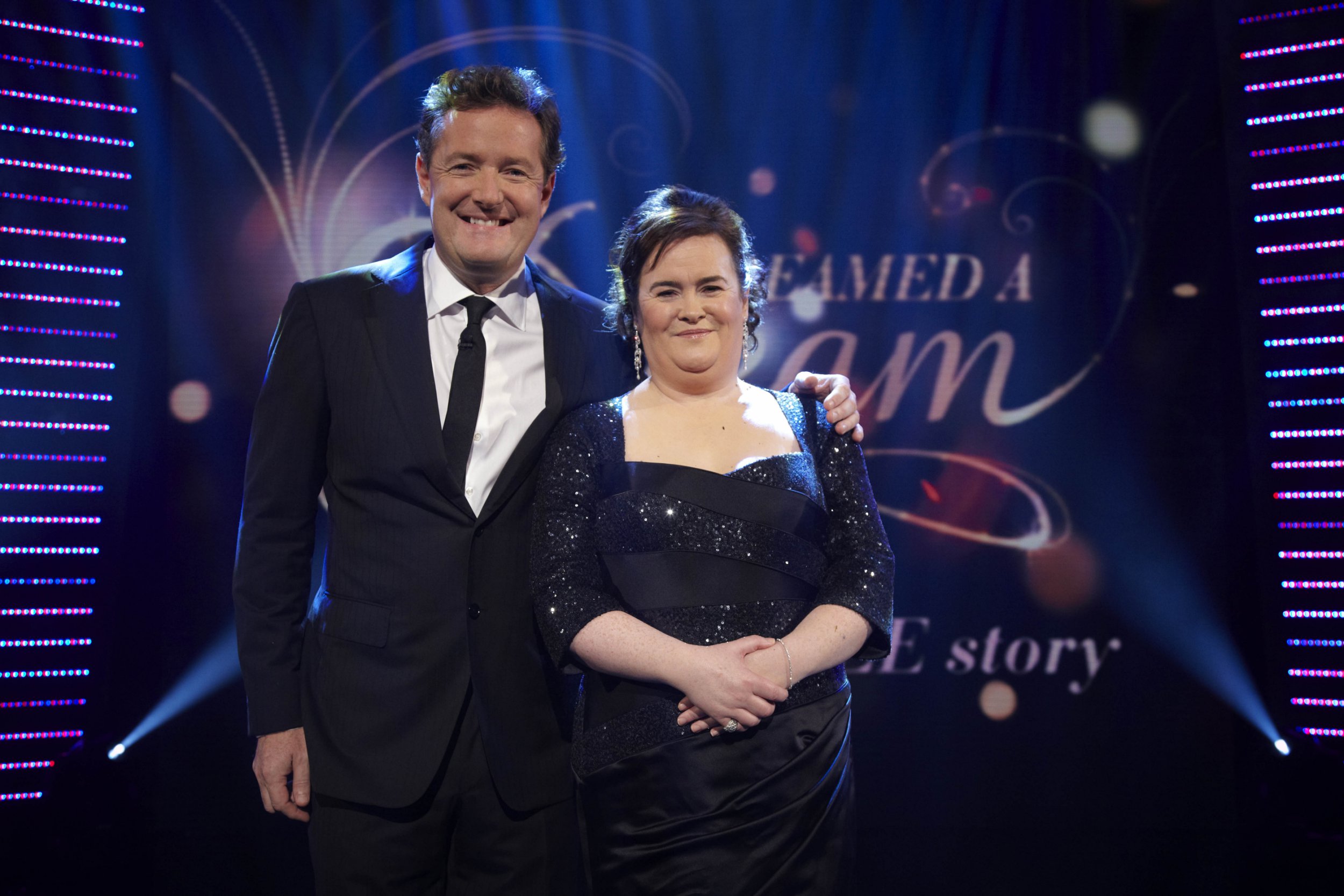 Susan Boyle has ‘grown up’ and no longer has a crush on Piers Morgan.

Unfortunately for Piers, the 60-year-old has now moved on.

Amanda, 50, said: ‘It changed everything. I’ve always said, other television shows try and recreate the moment that we had with Susan, and they can’t do it because obviously it wasn’t created in the first place, she came on stage, thought she was a stand-up comedian because she’s very funny as well, she’s got a slightly dubious taste in men, she had a crush on Piers…’

The talent show host later asked: ‘You don’t fancy Piers anymore I gather?’, with Susan saying: ‘I respect him. But I don’t fancy him.’

Susan became a worldwide star in 2009 when her BGT audition, singing I Dreamed A Dream from Les Miserables, became an internet sensation, and she went on to come second to dance troupe Diversity in the contest.

Since then, Susan has released nine albums, sold 19 million records worldwide, and is worth an estimated £22million.

But that doesn’t mean she’s let the fame go to her head.

The Scottish star said: ‘[I don’t] really feel like a popstar, just somebody who can sing reasonably well and be known by people in the household.’

She added that she still gets the bus, saying: ‘It’s the only way to travel.’

Susan, who bought her family’s council house in 2010 and still lives there, released her last album, Ten, in 2019, but kept future projects under wraps as she chatted to Amanda and Jamie.

The Wild Horses singer said: ‘I’m in-between things, I’m working on a few things, I’m not allowed to say too much, keep them as a surprise.’

Tune into Heart Breakfast with Jamie Theakston and Amanda Holden, weekdays from 6:30am – 10am.