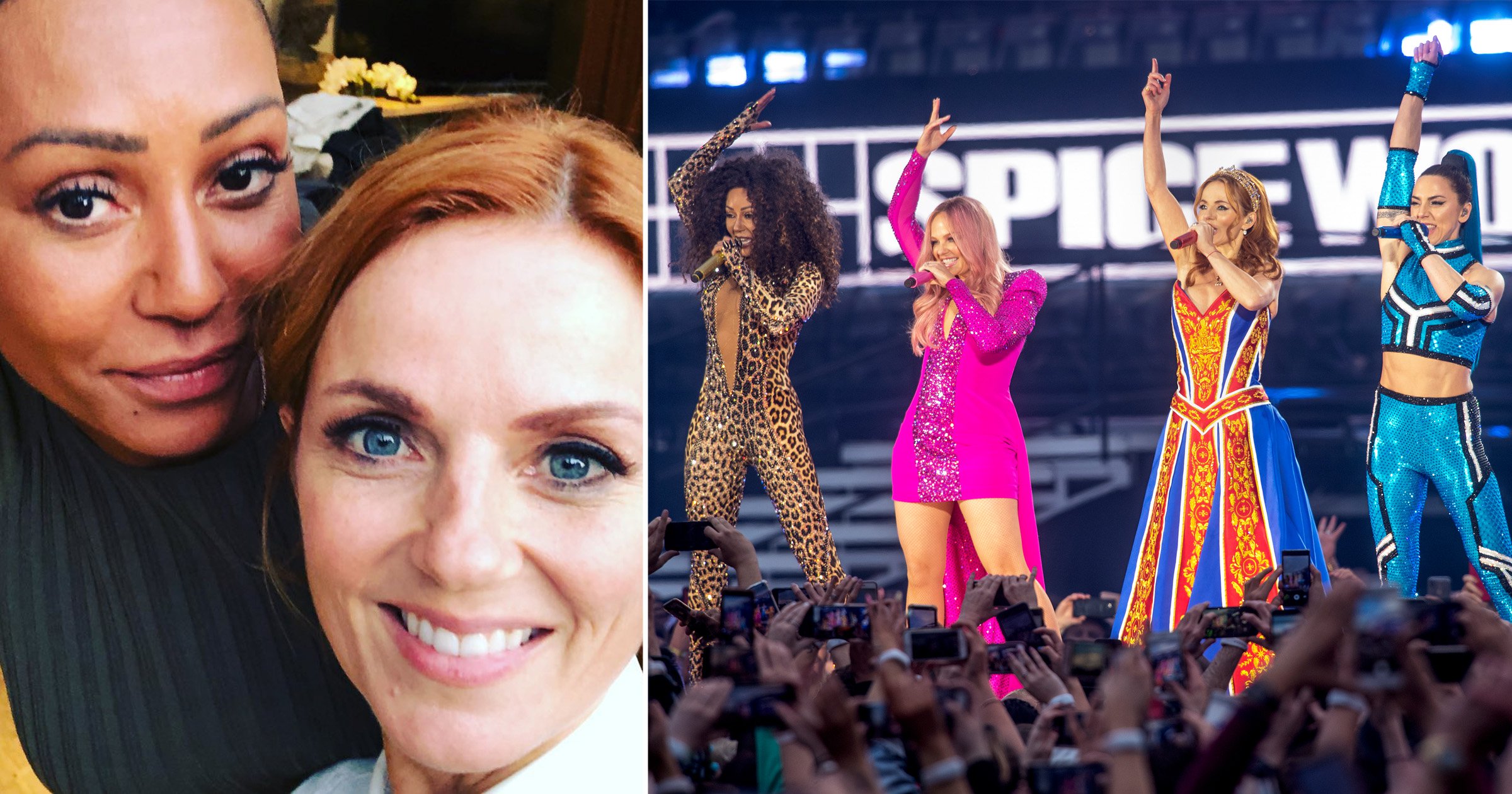 Spice Girls stars Melanie C, Emma Bunton and Geri Horner have congratulated their bandmate Mel B after she was honoured with an MBE for her work with domestic violence charity Women’s Aid.

The 46-year-old was named in the New Years honours list on New Year’s Eve and her Spice pals were quick to share their pride over their friend’s achievement.

Melanie C took to Instagram to post a picture of herself with Mel B at an event in her stories, writing: ‘Incredibly proud of my Spice sister @officialmelb for her well deserved MBE honour.’

The singer added two red love hearts and the group’s slogan ‘#girlpower’ to her caption.

Emma Bunton also took time out of her New Year’s Day bank holiday to share her delight over Mel’s achievement.

Sharing a picture of them holding hands and singing together onstage, the 45-year-old added a crown on top of Mel’s head and said: ‘Huge congratulations to @officialmelb for her MBE award. So deserved!’

She continued: ‘I’m so proud of you and everything you’re doing to raise awareness of domestic abuse. I LOVE YOU!’

Geri Horner posted a smiling selfie of herself in white and Mel in a dark green top behind her on her grid, commenting: Congratulations @officialmelb MBE! Fantastic achievement raising awareness on domestic abuse.’

The 49-year-old then added a clapping hands emoji and ‘#proud’, before joining her fellow spices in writing ‘#girlpower’ (almost like it was their brand and is particularly well suited to the occasion, eh?)

Mel, 46, was widely praised earlier this year when she starred in a powerful short film exploring domestic violence.

Made in collaboration with classical composer Fabio D’Andrea, the video saw her star as a woman who escapes an abusive relationship, inspired by the real-life stories of survivors, and showed the Wannabe star bloodied and bruised.

She has also spoken about abuse from a personal standpoint, alleging that her ex-husband Stephen Belafonte, who she split from in 2018, abused her.

Belafonte has repeatedly denied the allegations.

During an interview promoting the release of the video, the singer explained of her own experience: ‘It took me 10 years to leave and for those reasons I didn’t have access to my bank account, didn’t even have my own front door key, which sounds ridiculous, and that didn’t just happen overnight.

‘But that was my situation and it took me 10 years to get out of it. And I’m still in some ways in it, because I’ve got children, and I’ve got court cases. You know, you can still be abused through the court system and still be abused financially. It’s just ongoing so we need to talk about it.’

She’s the second Spice Girl whose services have been celebrated through the British honours system.

Victoria Beckham was made an OBE by the Duke of Cambridge in April 2017 in recognition of her 17-year career as a fashion designer outside of the band.

Joanna Lumley has also been honoured with a Damehood, while Daniel Craig has been made a Companion of the Order of St Michael and St George, the same honour given to his iconic character James Bond.