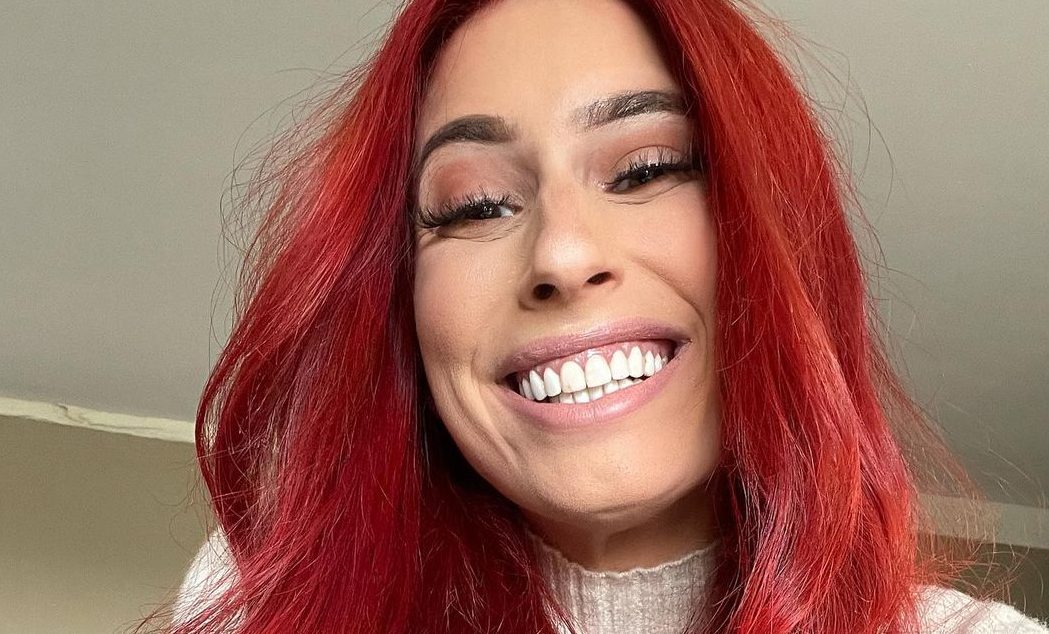 Stacey Solomon is rocking a bold new look after dying her hair bright red before heading out on a rare date night.

The Loose Women star quite literally painted the town red as she got glammed up for a night out with fiance Joe Swash, while their newborn baby girl Rose also joined them for the evening.

In her latest Instagram post, Stacey, 31, debuted her striking new hairdo with cute photos of her posing with Joe, 39, and multitasking by breastfeeding Rose at the restaurant. At one point, Rose was seen adorably gazing at Stacey’s new hair colour and it looked like the tot approved.

Sharing an update with her followers, the TV presenter explained: ‘Date Night ♥️ We had our first night (well late afternoon) out today… I may have had a little moment and decided to dye my hair bright red before we went… 😂

‘I haven’t been out and felt like I’ve looked human for a long time 😂 so I may have gone overboard but lashes didn’t feel like enough.😂’

She continued: ‘You only live once. And I don’t want to live it always looking like a foot 😂 99% of the time i don’t mind but ever so often it’s nice to feel nice 😂🙏🏼.’

Stacey clarified that Rose accompanied them on their evening out as she ‘hasn’t mastered the art of expressing yet’ and she doesn’t feel ready to leave her alone but, at the same time, was keen to get a break and ‘leave the bedroom’.

Earlier in the day, the TV star had teased the process of her makeover by uploading a hilarious photo of her pulling a silly face with red dye in her hair and smeared across her forehead. She explained that would usually visit the hairdresser for such a job, but her stylist is also on maternity leave so she settled on the DIY job instead.

Stacey offered some encouragement for other mums and wrote in one Instagram story: ‘On a serious note though it was nice to do something for myself.

‘Sometimes I think don’t bother because maybe somewhere subconsciously I think it should never be about me and always about the pickles.

‘But it should definitely sometimes be just for us.’

Stacey and Joe welcomed Rose, their second child, in October while the couple are also parents to two-year-old son Rex. She also has older sons Zach, 13, and Leighton, nine, while the former EastEnders actor is dad to son Harry, 13, who he shares with ex Emma Sophocleous.