Susanna Reid, 48, has no doubt been enjoying her time off away from Piers Morgan, 54, on Good Morning Britain.

But the presenter couldn’t help but think of her co-star when news emerged about bakery chain Greggs’ plans of introducing more vegan products.

Piers has long mocked their vegan sausage rolls when they were launched and always declared he will never touch one.

Susanna retweeted an article from Sky News on Twitter with the headline: “Greggs plans to release vegan versions of all top-selling products.”

Will you tell him, or shall I…?

The Good Morning Britain favourite appeared unsure whether to spill the news to Piers as she wrote: “Will you tell him, or shall I…?”

Piers simply replied with a series of vomit emojis.

One person commented saying they wished they could have seen Piers’ reaction to the news on the ITV show.

They wrote: “Could they have announced this at 6am on the 2nd September? Would have been TV gold.”

Another said: “They’re relying on his outrage to sell them.”

A third joked: “He’s going to go off his head!” 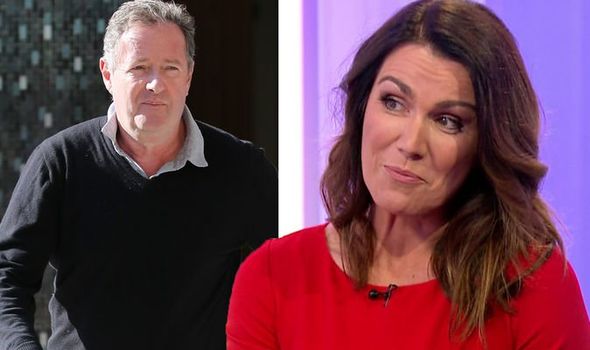 Earlier this month, Susanna and Piers had some more interaction on Twitter, as the former revealed some exciting news.

Susanna revealed she had been nominated for not one but two nods at the National Reality TV Awards 2019.

However, Piers was left out of the shortlist and had failed to be nominated for the gong.

Addressing his co-star’s news, the host wrote in a seemingly sarcastic manner: “Couldn’t be happier for her,” with two angry red emojis.

Taking his message of congratulations in good humour, Susanna shared his tweet and said: “Thank you lovely people.” 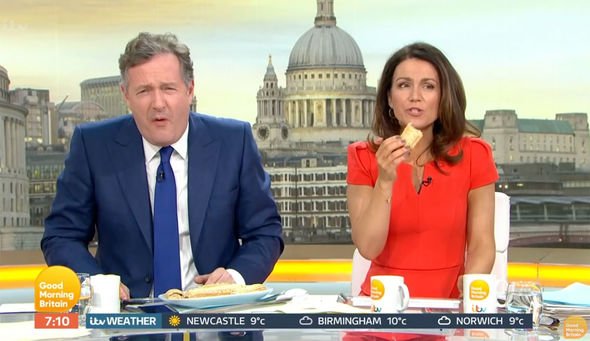 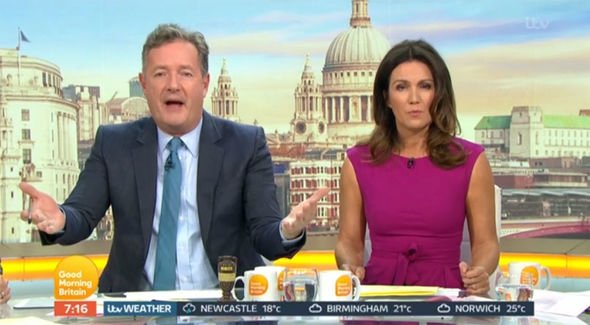 Despite not getting the personal recognition, Good Morning Britain is up for best talk show.

Meanwhile, Piers is currently making the most out of the rest of his summer holidays in the South of France.

He has uploaded pictures to his Instagram account of himself enjoying some quality time with his three sons.

Good Morning Britain airs weekdays on ITV from 6am.