The Crown‘s Emma Corrin has addressed the potential for gender-neutral Oscar categories.

Speaking to BBC News, the star, who played Princess Diana in the Netflix show’s fourth season, was asked whether major movie awards should scrap Best Actor and Best Actress categories in favor of a single, non-gendered one.

Corrin said that while awards categories could be more inclusive, any discussion “needs to be about having more representation in the material itself”.

“It’s difficult for me at the moment trying to justify in my head being non-binary and being nominated in female categories,” they said.

“When it comes to categories, do we need to make it specific as to whether you’re being nominated for a female role or a male role?

“You can discuss awards and the representation there, but really, the conversation needs to be about having more representation in the material itself, in the content that we are seeing for non-binary people, for queer people, for trans people, because then I think that will change a lot.

“When those parts come up, meaning more people and more actors are playing those roles, then I think there will be more of an urgency with which these questions will be addressed.” 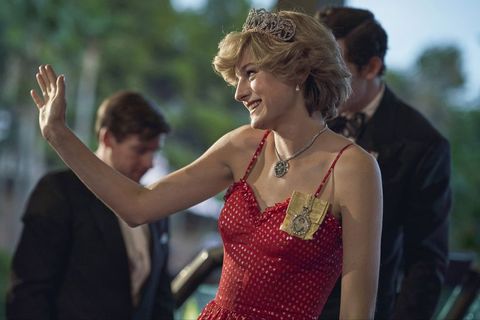 It is understood that the Academy has been conducting research and discussing the issue, while a BAFTA spokesperson said the organization is “engaged in proactive and thoughtful consultation on this subject”.

This year’s Brit Awards saw its categories becoming gender-neutral for the first time, with Female and Male Solo Artist categories being merged into Artist of the Year categories.