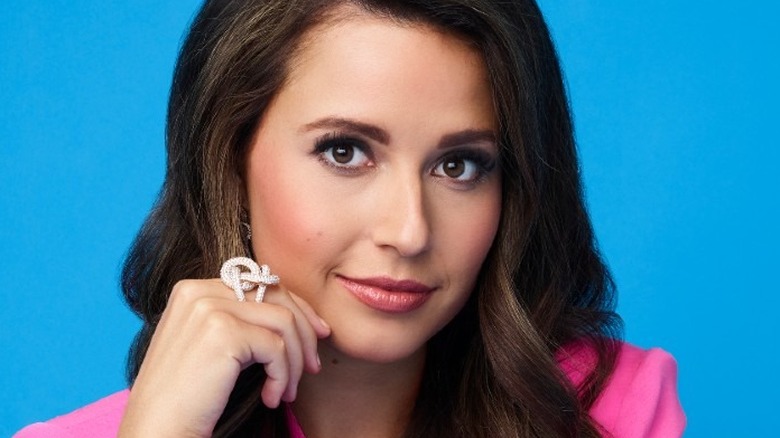 “The Bachelorette” star Katie Thurston had her hands full with 30 male suitors to choose from during her first night. Luckily, Thurston wasn’t alone. Co-hosts and former contestants, Tayshia Adams and Kaitlyn Bristowe, were available to lend Thurston some much needed emotional support during the Season 17 premiere. Thurston was so grateful for the ladies’ presence that she broke down in tears upon first seeing them.

“I certainly did not expect to have both of them there with me the entire time,” Thurston explained to Us Weekly claiming her tears were due to “relief and happiness and excitement to have them there to help me.” Adams and Bristowe were happy to offer their expertise when it came time to the first impression rose, but the two ex-Bachelorettes gave Thurston differing advice. While Bristowe warned the lead against “falling in love with one person on the first night,” Adams urged the bank marketing manager to “surrender to the process” and “trust the journey.” 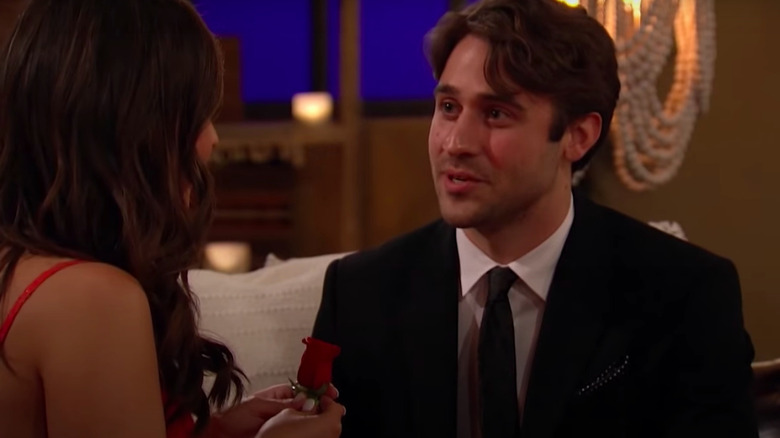 In an interview with Us Weekly, Thurston revealed why the New Jersey native stuck out to her. “What I loved about Greg is he was just true to himself … He didn’t try and act cool or, like, be this guy that he’s not. He was just like, ‘This is me and I’m really freaking scared.’ And I thought it was really endearing, you know?” Thurston’s account of Grippo’s first night demeanor is an understatement. The marketing sales representative was so nervous that, after a long rambling speech during their first one-on-one encounter, Grippo admitted he “didn’t even know” what he just said (via YouTube).

Luckily for Grippo, Thurston sensed there was more to him than just nerves. “And so I thought, you know, giving him the first impression rose would give him that validation of, ‘I’m into you. Let’s figure this out.'” Besides Grippo, a few other men appear to be in the front running for winning Thurston’s heart. Connor Brennan shoved his pride aside and donned a cat costume on the first night. “He did his research on me … I love my cat so much,” Thurston revealed. But it was Brennan’s sense of humor that had Thurston smitten with the musician. “He has these ridiculous jokes that made me laugh. He’s handsome. And honestly, he was the first name I remembered by heart.”

It remains to be seen who Thurston will give her final rose to, but the show’s track record has proven that the first impression rose recipient will likely be around for many more weeks to come.