The Blink-182 drummer makes a lustful reference to his new girlfriend with his own version of ‘This Smells Like My Orgasm’ candle and Kourtney Kardashian loves it.

AceShowbiz –Travis Barker shared an interesting tribute to his new love Kourtney Kardashian, a candle that purportedly smells like her orgasm.

On Tuesday (11May21), the Blink-182 drummer shared a photo of Goop’s famous “This Smells Like My Orgasm” candle – only his version incorporated a lustful reference to the “Keeping Up with the Kardashians” star on its label.

The candle’s label reads, “This Smells Like Kourtney’s Orgasm”, a play on the $75 (£53) “This Smells Like My Orgasm” votive created by Gwyneth Paltrow‘s lifestyle brand Goop and Heretic perfumer Douglas Little. 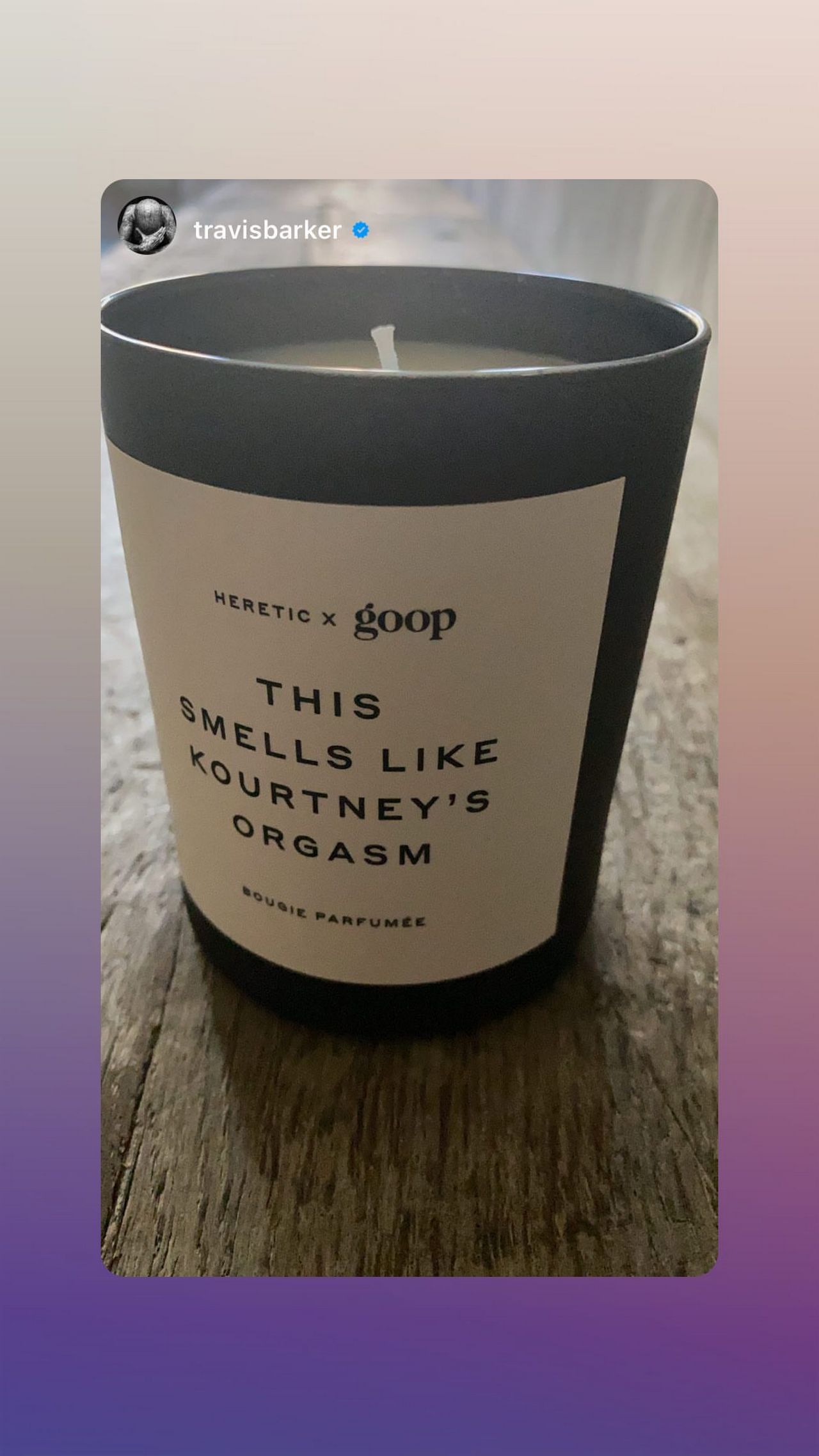 The celebrity duo sparked romance rumours after they both posted social media snaps from Kris Jenner‘s Palm Springs home before making their romance Instagram official with an intimate photo in February showing her hand intertwined with her drummer beau’s.

Before dating Travis Barker, Kourtney was in an on-and-off relationship with Scott Disick and then Younes Bendjima. She shares three children with Scott and the two sparked reconciliation rumors and even baby rumors before she went public with Travis.

Meanwhile, Travis was previously married to Melissa Kennedy and then to Shanna Moakler. He shares two children with Shanna. He once dated Rita Ora, who’s coincidentally Rob Kardashian‘s former girlfriend.