Bill Gates was seen wearing his wedding ring when he stepped out at Nobu NYC for his first public appearance since announcing his divorce from Melinda Gates.

Bill Gates, 65, has been spotted in public for the first time since announcing his divorce from wife of 27 years, Melinda Gates, 56. The Microsoft founder was still wearing his wedding ring when he was seen arriving at Nobu NYC in Manhattan on May 22. He was accompanied by a woman who appeared to be his youngest daughter Phoebe, 18, and her boyfriend Chaz Flynn. The unshaven billionaire was all smiles as he stepped out without a protective face mask, and kept it casual in a grey polo and matching grey shorts. 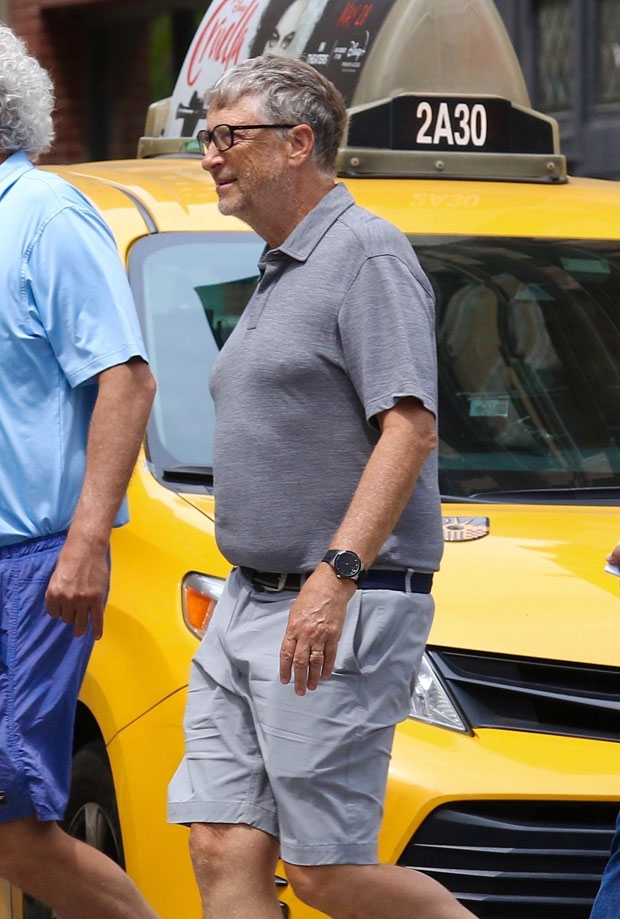 It comes a few days after he was seen arriving at Newark airport in New Jersey with his other adult children Jennifer, 25, and Rory, 21. The group then boarded a helicopter presumably bound for the city, where he grabbed lunch with a small group of friends, and a security detail at the swanky sushi restaurant.

Bill and Melinda first announced the shocking news of their divorce on May 3, and rumors quickly began to circulate about him having an extramarital affair. After the Wall Street Journal reported that the Microsoft board of directors tried to remove him from the board in 2020 after an investigation into a relationship with an employee, Bill admitted to cheating on his soon-to-be ex-wife. 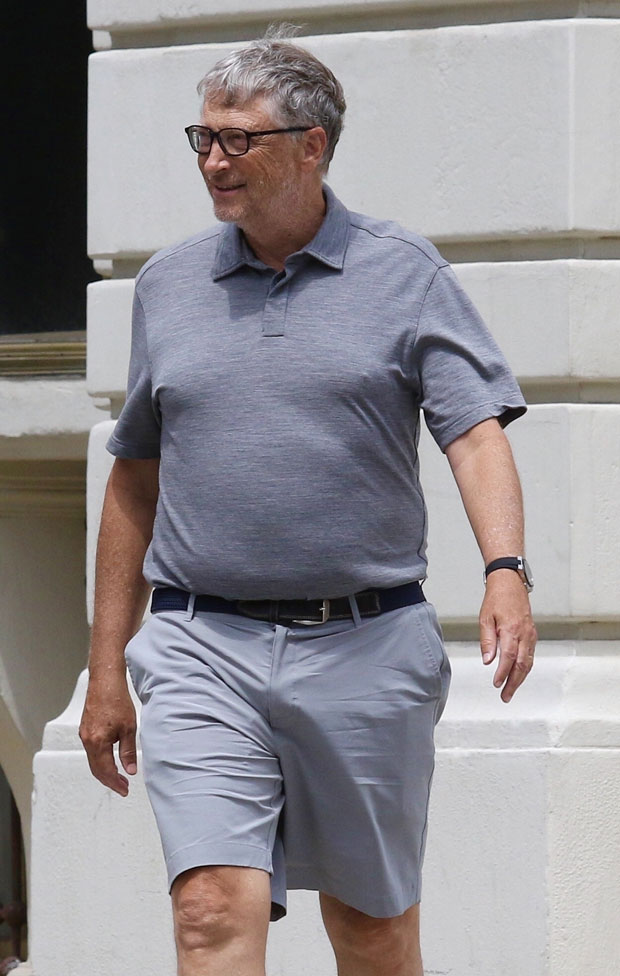 “There was an affair almost 20 years ago which ended amicably. Bill’s decision to transition off the board was in no way related to this matter,” a spokesperson for him told WSJ. “In fact, he had expressed an interest in spending more time on his philanthropy starting several years earlier.” Bill has remained largely out of the public eye amid the divorce, as it’s been reported that he’s staying at The Vintage Club, an exclusive golf club in Indian Wells, California. “Bill clearly saw this divorce coming for a long time because he’s been there for around three months,” a source told Page Six.