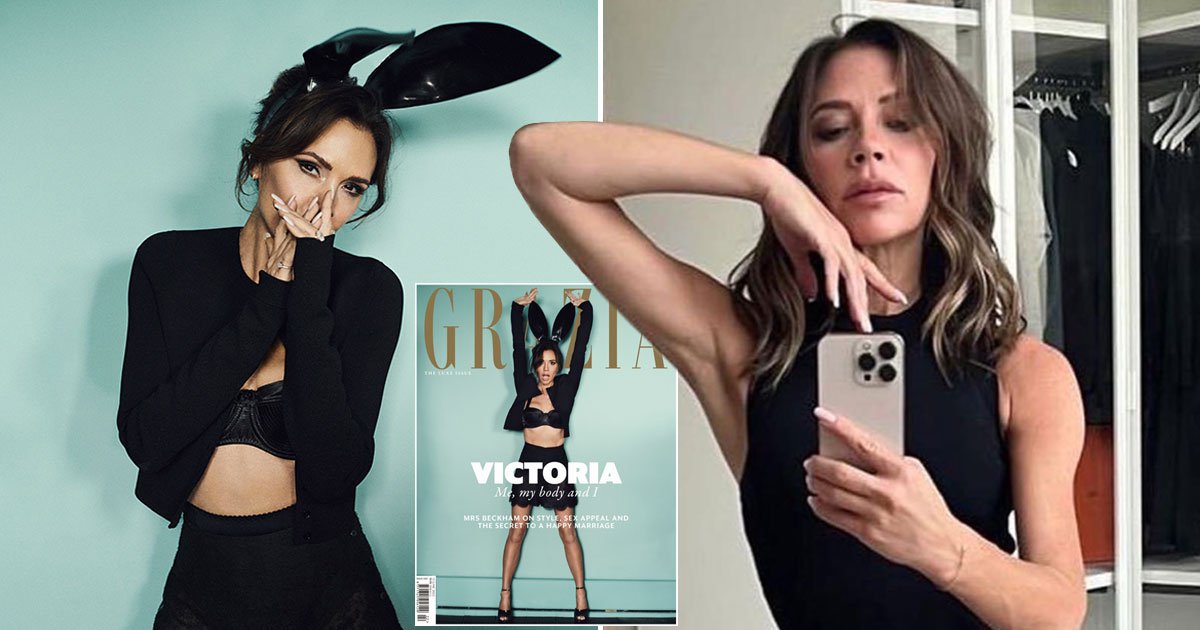 Victoria Beckham says she believes people desiring to be thin is an ‘old-fashioned’ concept.

The fashion guru, whose firstborn Brooklyn Beckham recently got married to Nicola Peltz, says modern women are chasing after curves and no longer want to be thin.

‘I think women today want to look healthy, and curvy. They want to have some boobs – and a bum.’

She went on to say that her clothing line looks better the ‘curvier’ a woman is, but when it was put to her that she herself is as slim as ever, said it wasn’t about being a ‘certain size’.

Instead, she said, it was about ‘being happy with who you are.’

While in the recent past it appeared being thin was the beauty standard for women, these days ‘every woman wants a nice, round, curvy bottom’ the mum-of-four added.

She said that in Miami, where the family spend a lot of time due to husband David Beckham co-owning the Inter Miami football team, many of the women are ‘really curvy’.

Rather than be ashamed of it, they ‘really own it’ and stride confidently down the street or the beach with ‘not a lot of clothes on’ – which Victoria finds ‘really liberating’.

‘And as a mother, I loved that Harper was around women who were really celebrating their curves and enjoying how they look.’

Former Spice Girl Posh and footballer David first met in 1997 and were married in 1999, with then-baby Brooklyn present at the wedding in a tiny purple outfit.

Recently the celebrity family were spotted living the high life relaxing on a multi-million-pound yacht after Brooklyn and Nicola’s wedding.

Victoria was seen going into ultimate mum-mode as she was seen handing out suncream to her family members on the boat as the clan relaxed after the nuptials.