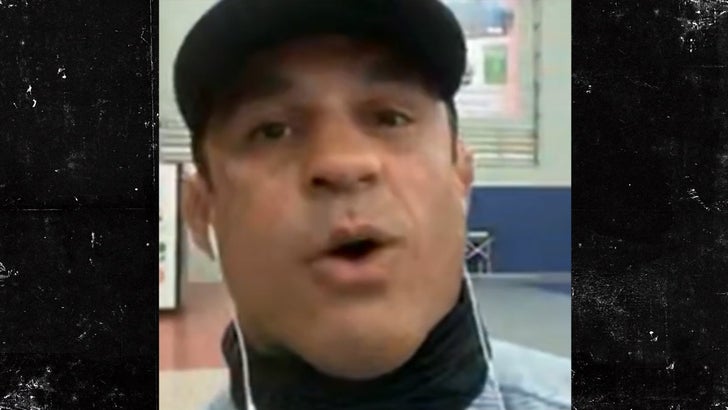 Vitor Belfort says MMA G.O.A.T. Anderson Silva has been living off the kick that KO’d VB nearly a decade ago … and now the MMA legend wants REVENGE!!

Remember, Silva knocked out Belfort with a wicked front kick (followed by a flurry of ground and pound) at UFC 126 in February 2011. That’s the one and only time the 2 greats ever fought.

45-year-old Anderson Silva was just released by the UFC after his latest loss to Uriah Hall …but Spider has indicated he would still like to fight.

So, Belfort tells TMZ Sports he wants to avenge the loss by stepping back in the cage with Silva.

The rivalry is very real … but, believe it or not … there’s actually someone Vitor wants to beat up even more than Anderson.

“I want Chael Sonnen. I really want him to shut his mouth. We were supposed to fight one time, but he got caught up in steroids,” Belfort says … “I’m okay with it. You can take whatever you want. I’ll beat your ass, Chael Sonnen. Let’s go!”

That wasn’t all the trash talk.

So, Vitor’s got his hands full with Chael and Anderson, right? Couldn’t possibly want to fight anyone else, right?

Belfort tells us he also wants to fight boxers in a hybrid-style MMA-Boxing matchup … and he’s calling out some of the greatest pugilists of all-time.

First on Vitor’s list … RJJ, if — a big IF — he can get past Mike Tyson this weekend.