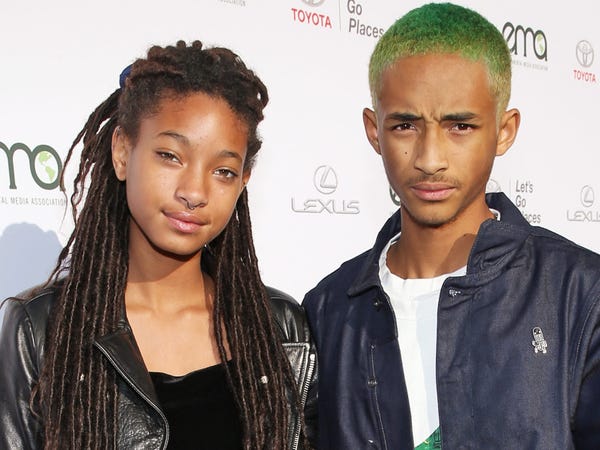 Willow Smith spoke candidly about feeling outcasted by her own community for being different.

"Specifically with the African American community, I kind of felt like me and Jaden were shunned a little bit, like, 'We're not gonna take pride in them because they're too different,'" the 19-year-old singer said during the latest episode of "Red Table Talk" on Facebook Watch, released Tuesday.

"Even some of our family members, I would feel they thought, 'You're too different,'" she added.

During the new episode of "RTT," Willow sat down with her cohosts, mom Jada Pinkett Smith and grandmother Adrienne Banfield Norris, to discuss mom-shaming.

The conversation turned to Willow feeling judged by the Black community after Pinkett Smith admitted that the first time she got "hardcore" mom-shamed was when her daughter shaved her head. Willow was only 11 years old at the time. Willow later revealed she underwent the drastic transformation as an act of rebellion after the success of her 2010 song "Whip My Hair." She also went on to dye her hair green and later pink.

Pinkett Smith said during the discussion that the mom-shaming didn't end there. She also felt backlash from the public as Jaden got older. Specifically, the "Girls Trip" star recalled the negative attention the family received when Jaden wore a skirt for Louis Vuitton's 2016 womenswear campaign.

"When he was wearing a skirt, then he isn't what people consider your 'typical Black man,'" Pinkett Smith said.

Jaden has continued to challenge fashion norms over the years by wearing heeled shoes to the 2017 Met Gala, donning a Batman suit to Kim Kardashian and Kanye West's 2014 wedding, and sporting the outfit again at prom in 2015. And in 2016, the actor launched a gender-neutral clothing line called MSFTS.

Speaking to Variety, Jaden said that the collection was made for "the girl that wants to be a tomboy or the boy that wants to wear a skirt, and people try to condemn."

Two years later, he commented again on his fashion sense by tweeting: "If I wanna wear a dress, then I will, and that will set the new wave…"

Pinkett Smith said on "RTT" that people within the Black community "create stereotypes around ourselves," which contributed to the shaming she got for her parenting.

"It's something that we as a community have to learn how to let go of," the actress said. "It felt like, 'It's dangerous. You cannot afford to raise your children this way because it's dangerous. You know what it's like to be a Black or brown person in this world. You are doing your kids a disservice.'"

Pinkett Smith continued: "I understood where that fear came from, but I also understood from having been on the streets and … not [being] your 'conventional Black girl' in the streets of Baltimore, I knew that self-confidence is what helped me survive."