ALLY the four-year-old chocolate labrador enjoys walks, treats and cuddles just like every other dog – but he's no ordinary pet. 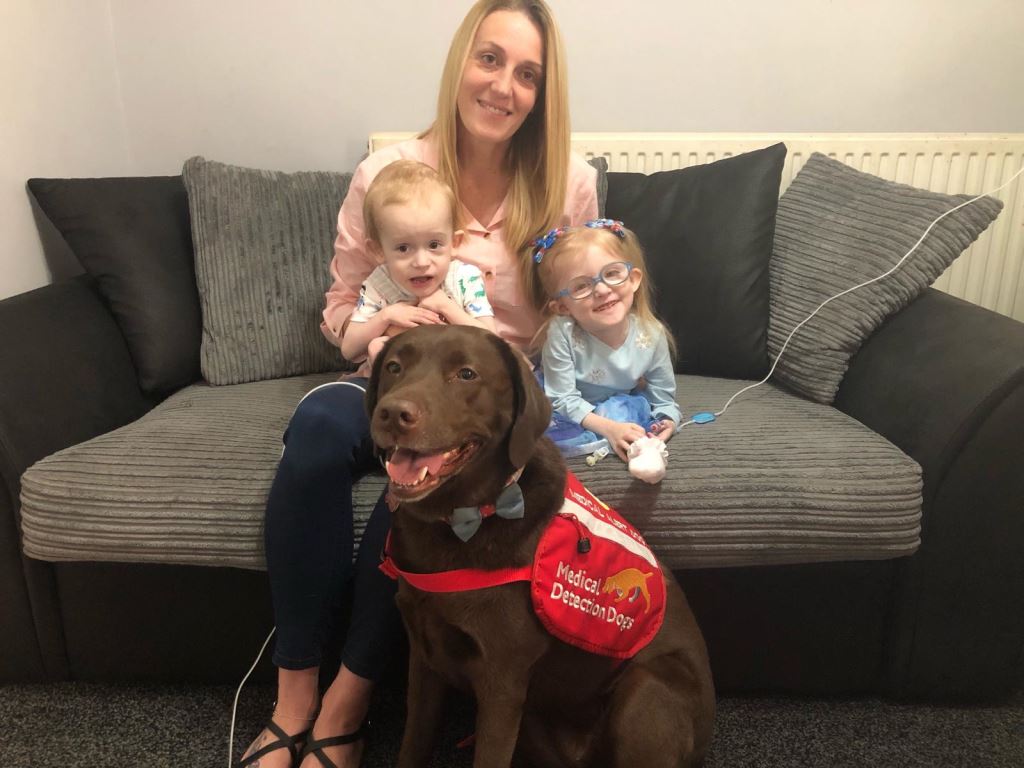 “Sitting next to my daughter Kia, our family dog Ally began making a familiar, gentle grunting noise. I immediately rushed over with the IV machine to give Kia some insulin, rewarding Ally with a piece of ham and a loving pat on the head.

Because Ally, a four-year-old chocolate labrador, is no ordinary pet. She’s been trained to sniff out the signs that Kia and her brother Nial, who both have a serious genetic condition, are having a life-threatening ‘hypo’ – where their blood-sugar level falls dangerously low. It’s no exaggeration to say Ally’s a life-saver. She does it every single day.

I met my husband Andrew in 1998 and we married five years later. In May 2014, after a straightforward pregnancy, Kia was born. But within hours of her birth, she was whisked to the NICU. Her blood sugars were dropping and she kept vomiting milk back up.

Although we were allowed to take her home, we had to tube-feed her, and she was admitted to hospital several times in that first year because she wasn’t growing properly and was being sick a lot. 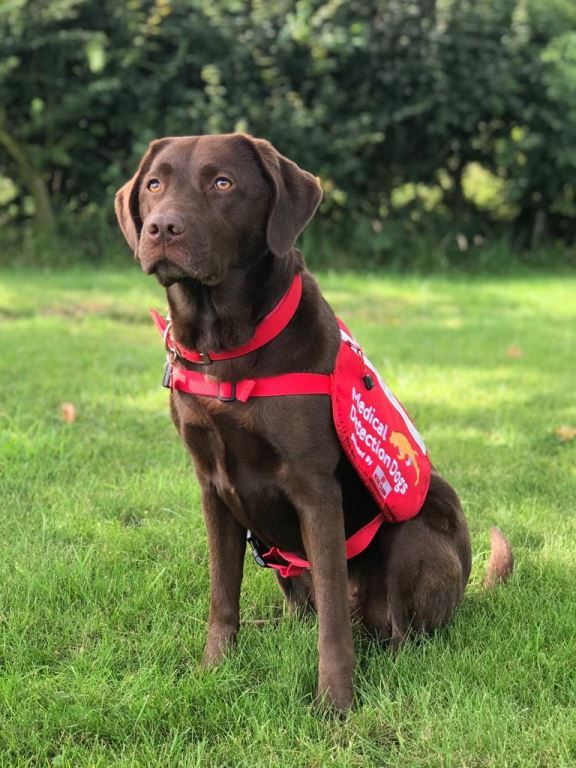 We were so worried, but no one could give us the answers we desperately wanted. While we didn’t plan the pregnancy, we were so happy when Nial was born in August 2015. But then he began showing many of the same symptoms as Kia had, which was terrifying.

In October 2016, Kia was finally diagnosed with mitochondrial DNA depletion syndrome (MDDS) – a life-limiting condition that causes progressive muscle weakness and brain damage. Andy and I were devastated. MDDS is genetic, but there was no history of it in either of our families. In September 2018, Nial was also diagnosed. It was a huge blow.

As well as being artificially fed because their bodies can’t digest food, Kia and Nial have non-diabetic hypoglycaemia, a potentially fatal condition that causes the glucose in their blood to drop. It’s one of the biggest threats to their lives because it can be very hard to detect.

If it drops too low, they could slip into a coma, suffer seizures and brain damage or even die, so Andy and I had to prick their heels with a needle every 20 minutes to test their blood and check if they needed IV glucose. This was very painful for them, and distressing for us. 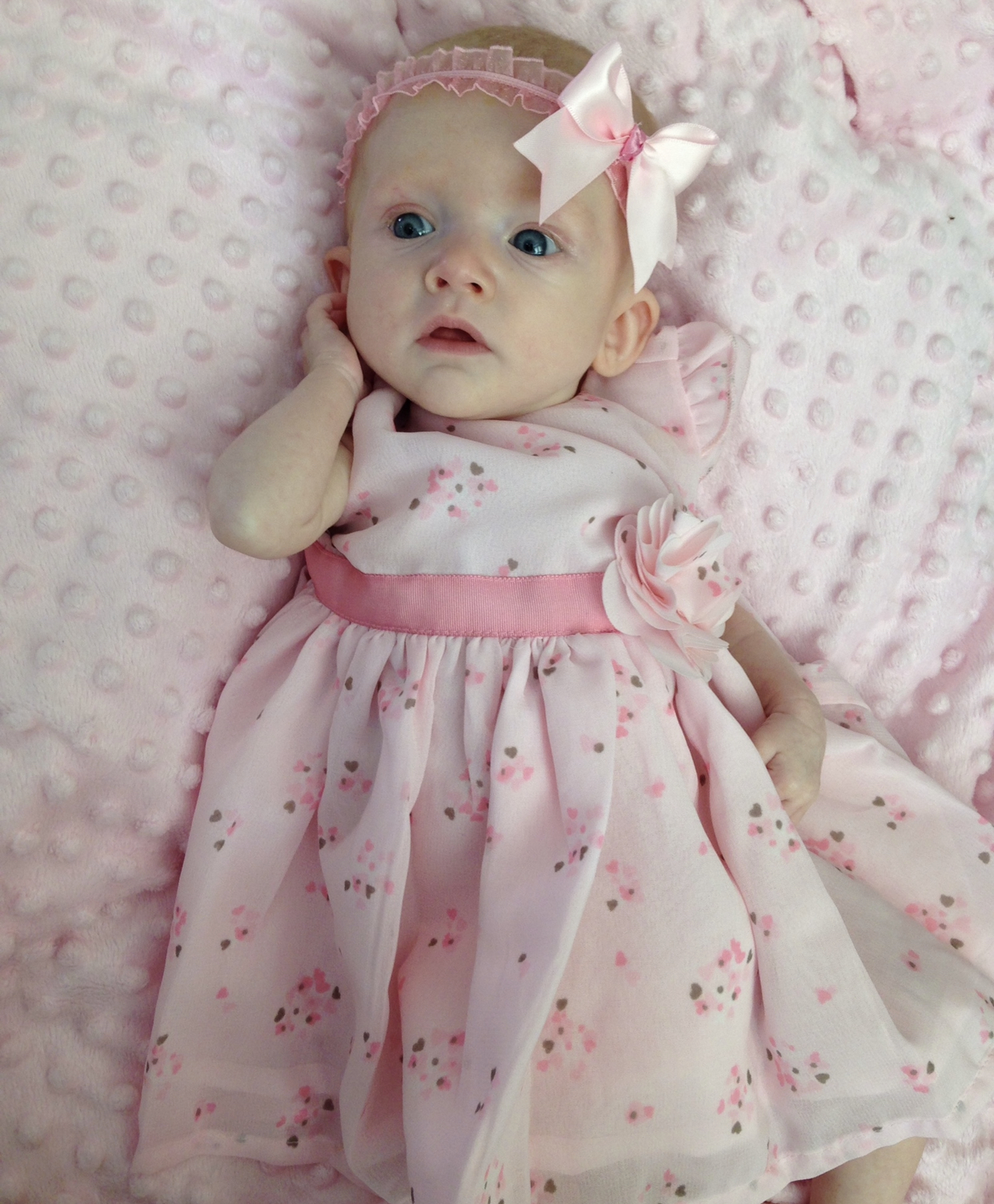 We were crippled with anxiety and exhausted from working day and night to monitor them, on top of our jobs. We also found it hard to find time for the two of us as a couple.

Then a doctor told us about a charity called Medical Detection Dogs, which provides dogs who detect changes in blood-sugar levels so you don’t have to do prick tests all the time. The charity receives hundreds of applications each year for its dogs, which cost £35,000 each to train.

However, after a series of interviews, I was stunned to be told we’d been successful, and in February 2019 we met Ally – and all instantly fell in love.

Ally began her training in June last year, and using samples of Kia and Nial’s sweat she learned to detect when their blood-sugar is starting to fall, and alert us with a grunt. She came to live with us two months later, and she’s been life-changing. Andy and I feel more relaxed, which has helped our mental wellbeing, and we can enjoy being parents as Ally has alleviated our anxiety. 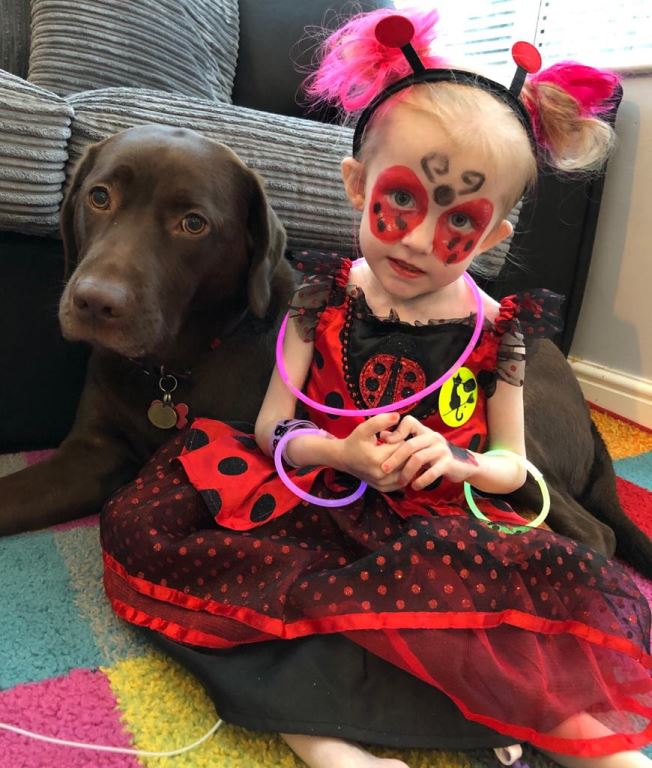 Both kids are non-verbal with limited mobility. Kia weighs less than 7kg and Nial is 6.1kg, and they’ll never be able to go to school.

"But Kia in particular has an amazing bond with Ally – she has a speaking computer that gives commands, or she does sign language for Ally to sit and roll over.

"Ally is so gentle, and loves curling up with Nial on his playmat. Every day is precious with the children and Ally plays a big part in helping us make memories, such as going to the park or just lounging on the sofa together. She really is a wonder dog.”

Charlie Gard, who died in 2017, had MDDS. His parents fought to take him to the US for treatment.