A MUM-OF-EIGHT has been forced to leave her children at home after being rushed to hospital in an ambulance after falling ‘extremely ill’ with Covid-19.

Marie Buchan, 39, from Birmingham, was admitted to hospital  late on Saturday night as her condition deteriorated after falling ill five days ago. 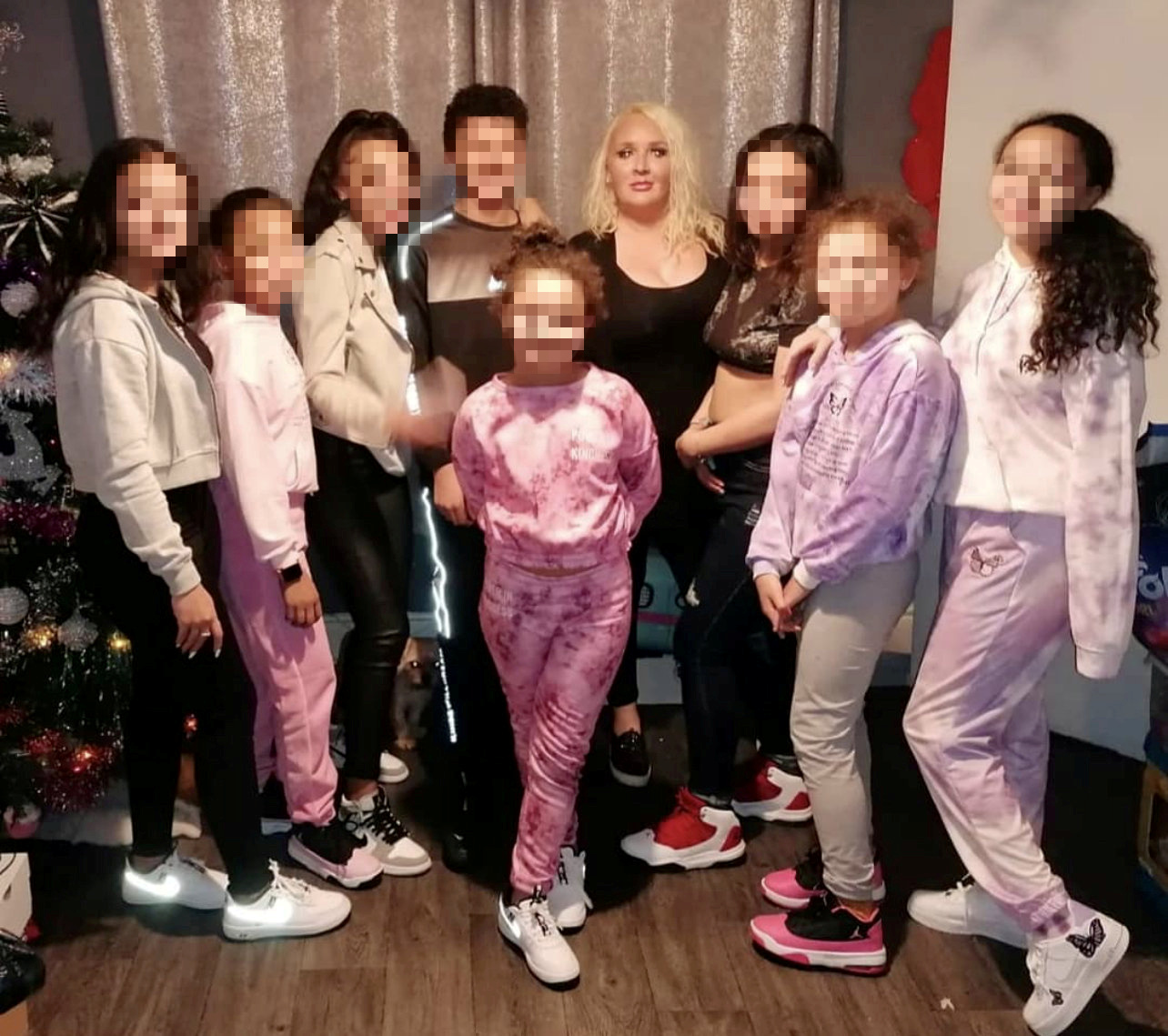 Marie had previously been forced to self-isolate by locking herself in her bedroom while her eight kids, aged six to 18, fended for themselves.

She lost her sense of taste and smell and developed a cough but has also been vomiting and suffering nose bleeds for the past week.

On Saturday night Marie, 39, was rushed to hospital after her daughter raised the alarm via 111. 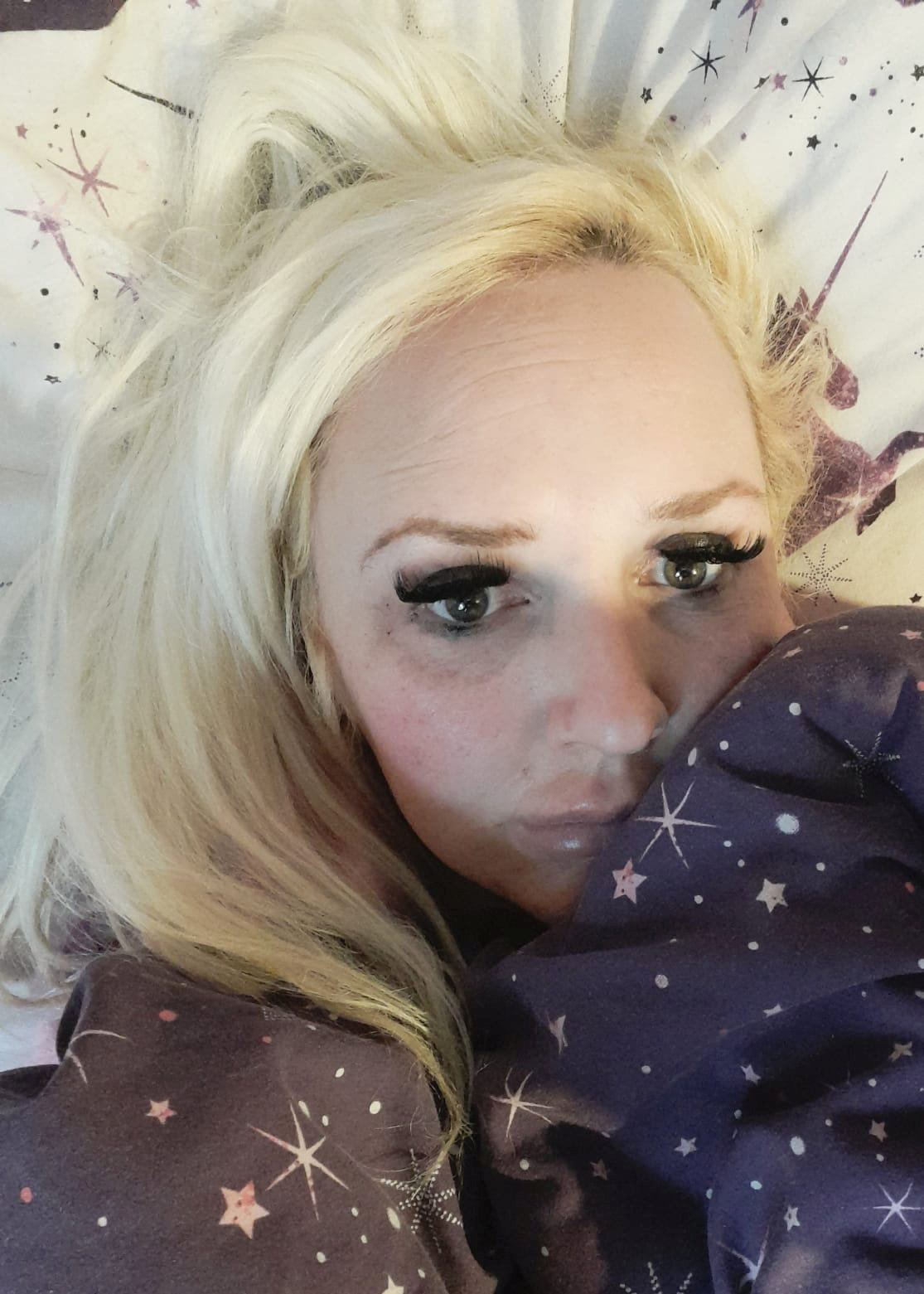 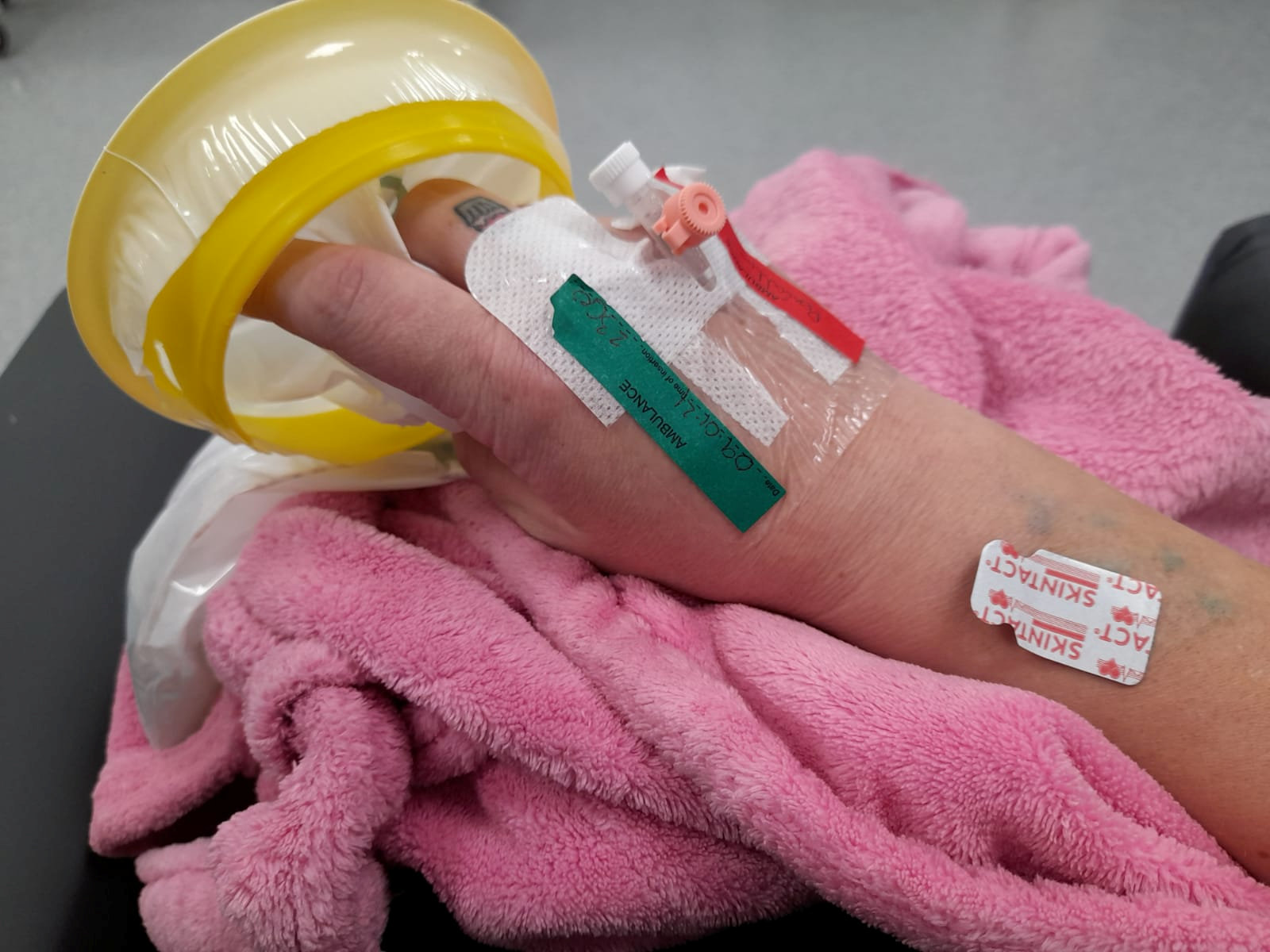 Her spokesman Barry Tomes said: "Marie has been really suffering with Covid-19.

"She had locked herself in her bedroom to protect her kids who are in the house but on Saturday night she went down hill.

"Her daughter was really worried so called an ambulance and paramedics wanted to take her to hospital but she refused because she didn't want to leave her kids.

"Later on her condition got worse so an ambulance came and took her to hospital where she is now on a drip."

The former lap-dancer reportedly receives £500 in benefits every week to run her four-bed household – about £26,000 a year.

Before she was rushed to hospital, the single mum said she was going through "a complete nightmare". 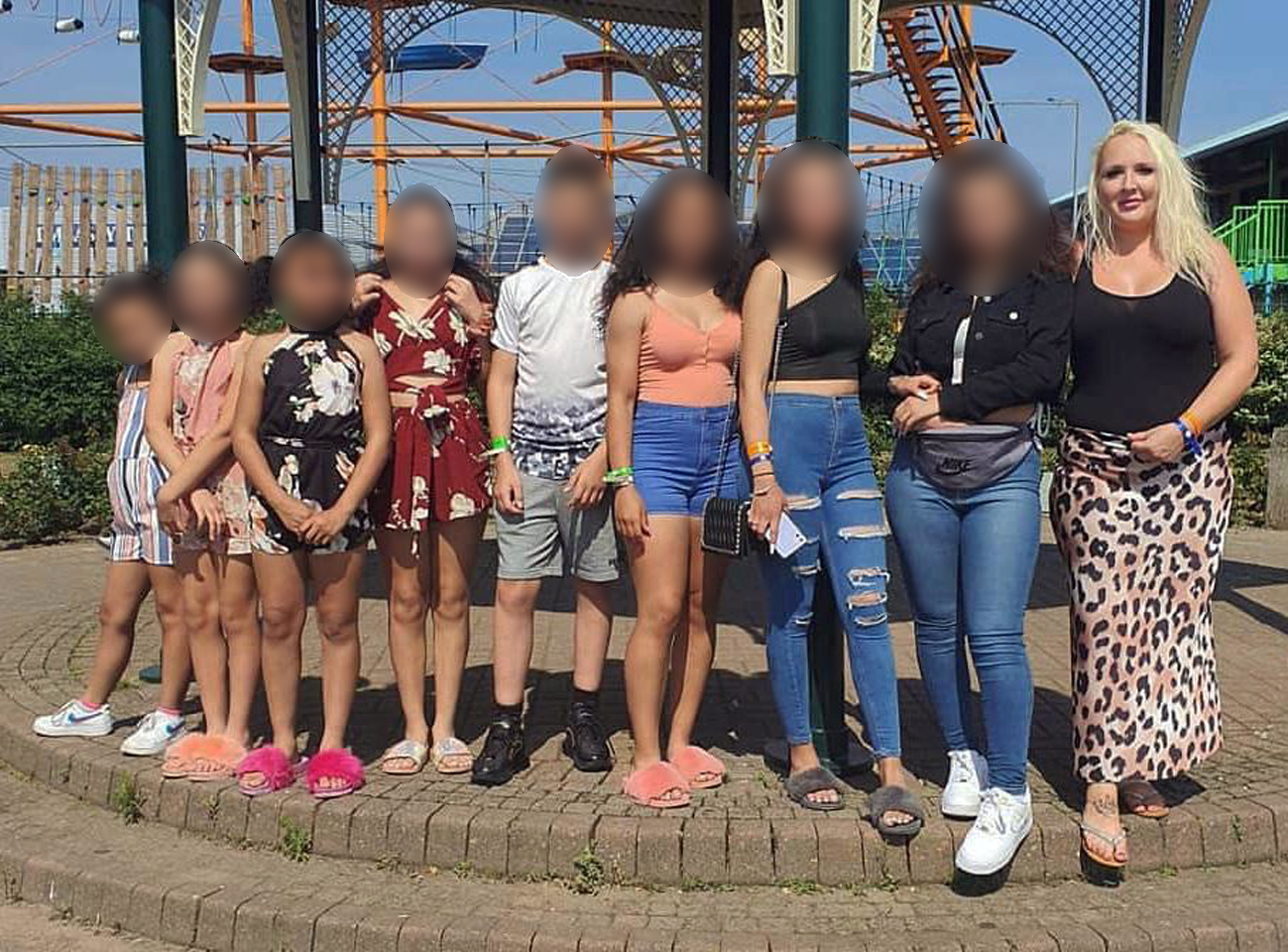 Speaking from her home, she said: "I feel absolutely awful.

"I started getting a sore throat and was breathless last Saturday but I didn't think it was Covid at first.

"As a precaution I rang my doctor who advised me to get a test which I did on the Monday and it came back positive.

My children are downstairs and it's horrible because I can hear the youngest one crying for me but I just can't risk any of them catching it so I have to stay in my bedroom.

"Since then I've been isolating in my bedroom upstairs. Over the last few days I have gradually got worse and worse.

"As well as the sore throat and breathlessness I've had awful coughing fits but also had several nosebleeds.

"My eldest daughter Tia is 18 but she's also self-isolating after getting symptoms.

"My children are downstairs and it's horrible because I can hear the youngest one crying for me but I just can't risk any of them catching it so I have to stay in my bedroom. 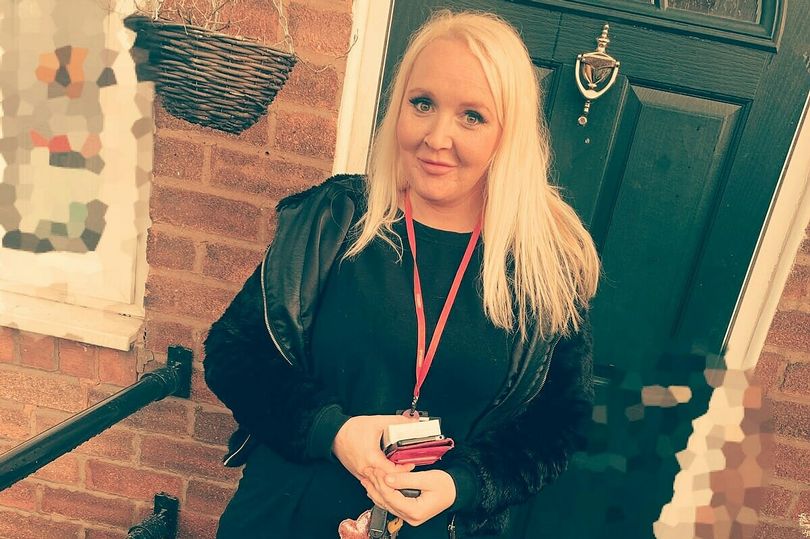 "The older children have really stepped up and I'm so proud of them.

"They've been helping with everything with the house and the younger ones.

"They bring me food upstairs and leave it outside my door.

"The doctors have told me to isolate for ten days but that could be another ten days if I still have symptoms.

"I have been speaking to track and trace a lot about my situation and I've been racking my brain trying to remember everyone I've been in contact with." 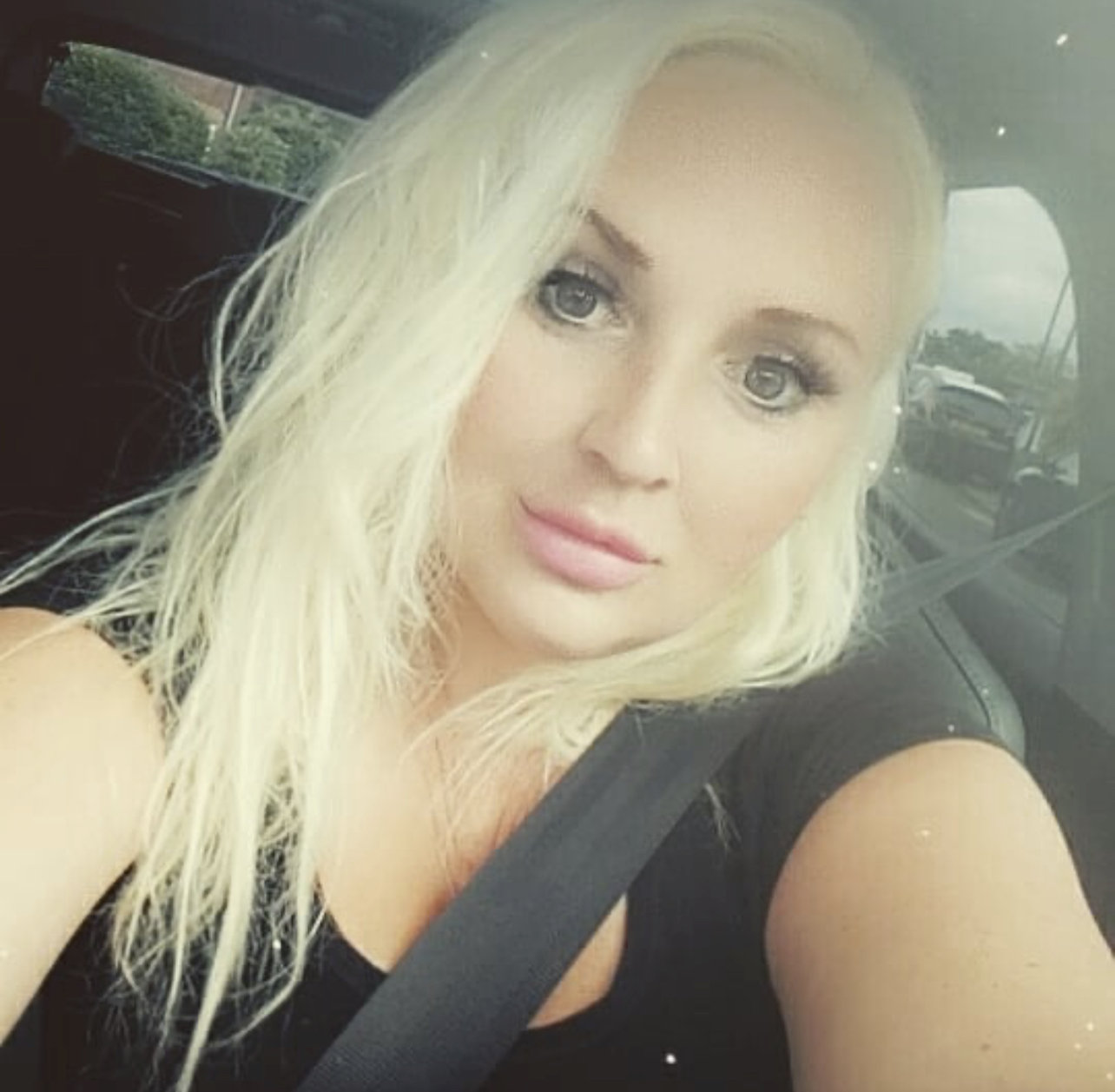 Marie hit the headlines when she appeared on TV on the Channel 5 show Benefits Britain: Life On The Dole in 2016.

On the show she claimed to work 21-hour days looking after her kids and had to rely on benefits to stay afloat.

But Marie has caused controversy by appearing to use her state handouts to fund her lifestyle.

Last year she saved up for a boob job through car boot sales and part-time work to cover the boob op rather than dip into her benefits.

Before Christmas, she came under fire again after she planned to jet off to Spain because she "needed a break".

In other real life news, we told you about the Angelina Jolie lookalike who says fans stop her for autographs in the street and constantly ask ‘Where’s Brad?’

We also revealed a family of 23 have sat down for traditional Christmas dinner complete with crackers and party hats 11 WEEKS early.

And we told you about the woman who married a male stripper who’s made £4k tips in one night but NEVER gets jealous.