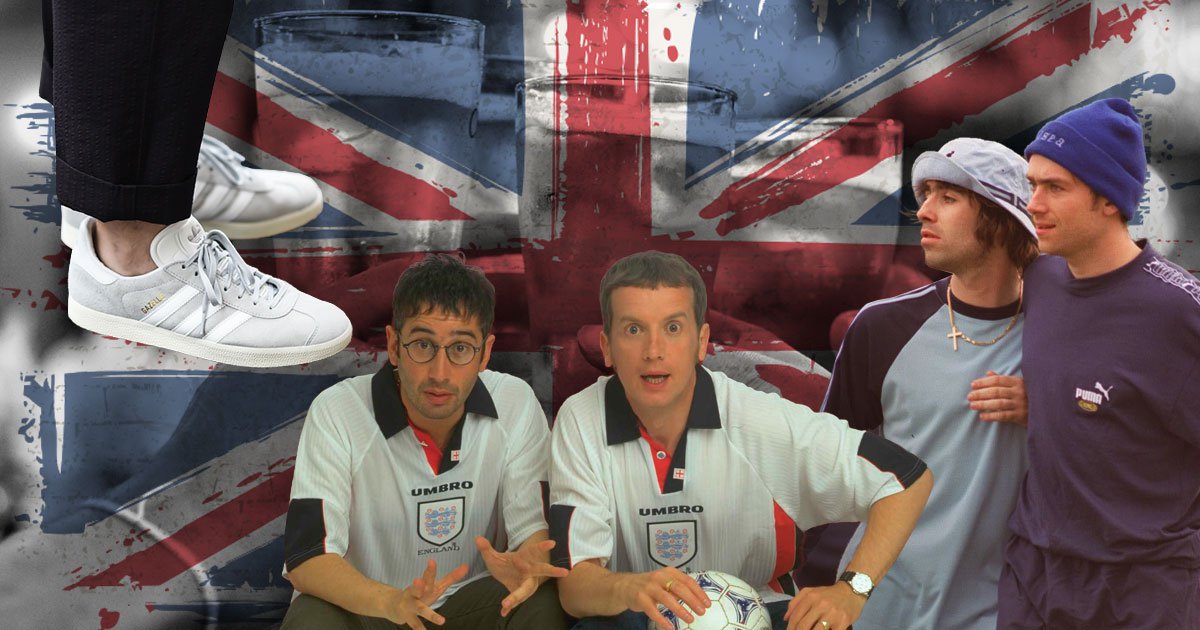 While you may call some men lads or boys, it takes a certain type to earn the moniker of ‘bloke’.

The colloquial term doesn’t have an exact definition, but it conjures images of a man’s man; the type who loves football, spends his time at the pub, and eschews metrosexuality.

While blokey behaviour has been associated with misogyny and hooliganism over the years, a new generation of fashion-forward males are endeavouring to bring the aesthetic back to the fore.

However, where women’s fashion has focused on statement grunge-inspired pieces and standout rave gear, blokecore is all about looking as average as possible.

The aesthetic is set to be big this year, with inspiration coming from Britpop icons like Damon Albarn and Noel Gallagher, as well as middle-aged geezers who haven’t bought new clothes since before Gazza retired.

Link the boys and head down the boozer, pick up a couple packets before heading down the club to pull a couple richards, choong tings only though, afterwardsbun a couple zoots to get a sleep, nolong ting#fyp #blokecore #mancity

It’s unknown who first coined the term, but TikTok user stringbeanboy13 is among the creators leading the charge in getting us to dress like our dads.

In one video, which has been viewed over 500,000 times, he wears a vintage Manchester City top and sups from a pint as he shows off his outfit.

The caption reads: ‘Blokecore is here for 2022. Link the boys and head down the boozer, pick up a couple packets before heading down the club to pull a couple richards, choong tings only though.’

To get a feel for what blokecore is all about, try to think back to a time when wearing a Union Jack was a nod to The Spice Girls rather than Brexit.

Baddiel and Skinner’s Three Lions is on near-constant repeat on the radio, while the TV guide is packed with sitcoms like Men Behaving Badly. You don’t have a mobile phone, so you put on your best replica football top and head to your local in the hope your mates are there.

You get a pint, have a laugh, and get a kebab on the way home, ready to do it all over again tomorrow after Match of the Day.

Blokecore is non-craft lager, t-shirts and well-worn jeans, Adidas Samba trainers, Calvin Klein cologne, and mugs of sugary builder’s tea with The Jam on in the background. It’s a simple aesthetic, with comfort and wearability at its heart.

‘With artists like Sam Fender leaning on their roots it’s clear that blokecore is coming this summer faster than a hot dog at a BBQ.’

Brands to look out for to work the trend include Pretty Green and Fred Perry, and sportswear labels like Adidas and Nike are always great for staples.

Umbro’s collaborations are also worth a look, with a collection created alongside New Order offering nostalgic but updated pieces to add to your collection.

Try charity shops and vintage retailers, too. As a general rule, if you can imagine it being worn by Gav Shipman in Gavin and Stacey, it’s blokecore.

‘In a world where soccer and fashion are becoming gentrified at an equal pace,’ he adds, ‘That’s something we can get behind’.