Say hello to Charli D’amelio’s new blue ‘do! The 16-year-old TikTok sensation is known for her signature brunette locks and her killer dance moves. But the Connecticut native has officially spiced up her hairstyle by adding some statement-making color.

The social media star took to Instagram on Friday, July 31, to share a series of pics of her new blue streaks, which have been dyed on the underlayer of her shoulder-length bob. In the accompanying caption, she smugly wrote “teehee.”

In the photos, snapped in what appears to be her bedroom, the Morphe Cosmetics partner dons a pink tie-dye crop top, blue jeans and a scrunchie. But fans weren’t so interested in her fashion. Instead, they went wild over the cool hair change.

“We love you!!!” one excited fan commented on her Instagram post. “This hair looks amazing ??.” Another person commented, “OMG UR HAIR LOOKS AWESOME???.” 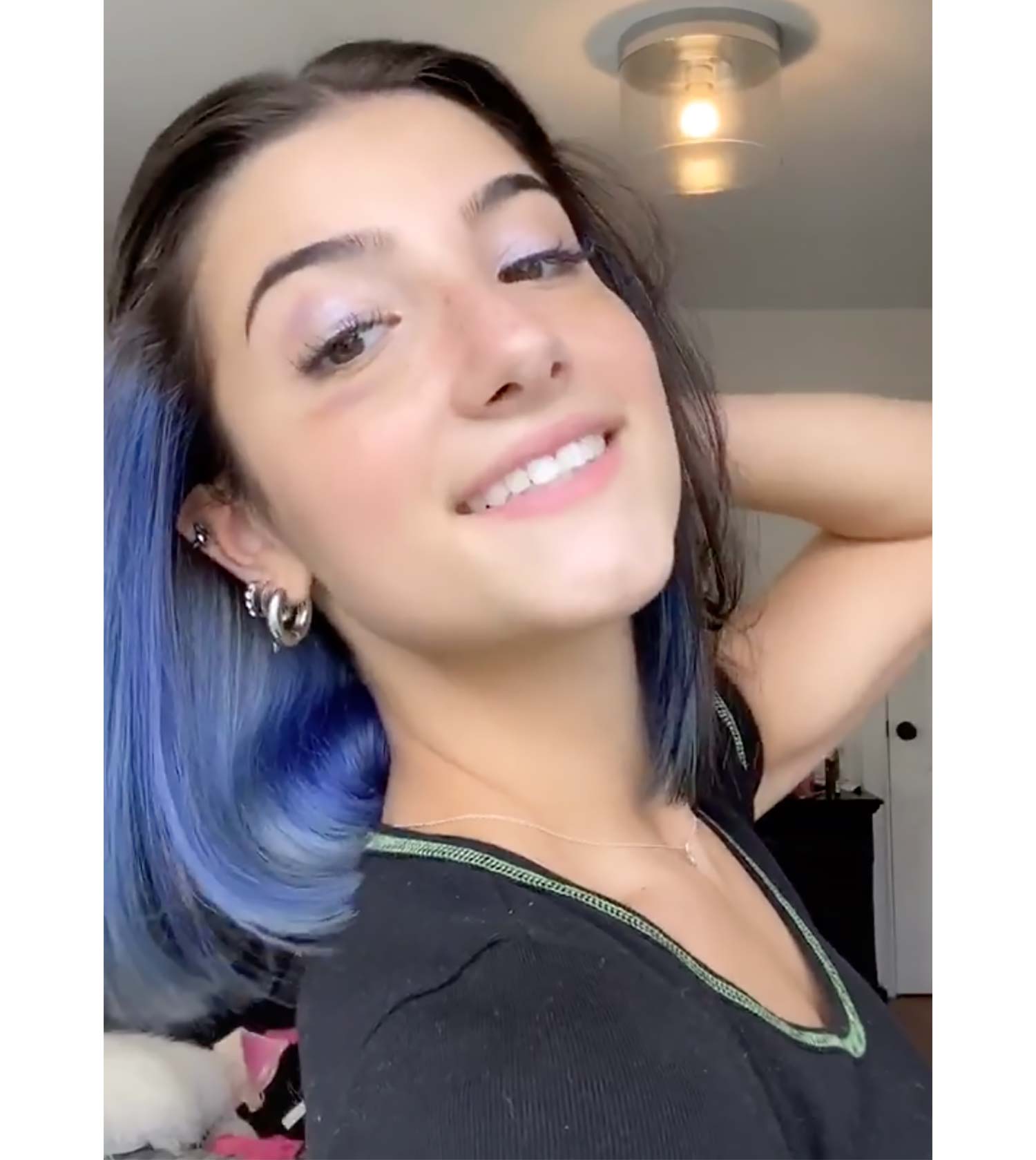 The new Hollister “Jeanealogist” also shared footage from her hair appointment with Connecticut-based hairstylist, Greta Veshta. According to the colorist’s Instagram page, she’s known for her hair art and works at Jaafar Tazi Salon.

“Thank you @gretveee for the sick new hair!!!!” D’amelio captioned the TikTok video, which documents the entire hair dyeing process. It appears as though the colorist had to bleach parts of the performer’s dark hair before dyeing it blue.

D’amelio’s hair change comes in the wake of her July nose surgery, which she was transparent about on the video-sharing platform. The star credits her new-and-improved nose to that of Beverly Hills Rhinoplasty surgeon, Dr. Kanodia.

Last April, the dancer told her followers why she was having nose surgery. “Fun story time so i broke my nose in august and ever since then i have had breathing problems in my right nostril,” she tweeted. “I was supposed to have surgery in november and to fix it but then i started having problems in my left nostril and now i can barely breathe out of my nose at all.”

Listen on Spotify to Get Tressed With Us to get the details of every hair love affair in Hollywood, from the hits and misses on the red carpet to your favorite celebrities’ street style ‘dos (and don’ts!)