NEW homeowners were shocked to discover a secret room hidden underneath a staircase – which contained vintage bottles of wine.

While most people can only dream of owning a wine cellar, one couple ended up with one by accident after exploring their new house in Italy.

a family member shared a snap of the ‘creepy’ find to Reddit, showing a section of stairs which lifts up – to reveal another staircase going down below.

Sharing the snaps online, they said: “The new house my parents bought has a secret room hidden under the stairs.”

After exploring the basement, the owners confirmed among piles of junk they’d found vintage bottles of wine, dating back more than 50 years.

They said: “Downstairs there is a big variety of stuff, I may post another pic of the room from the inside. 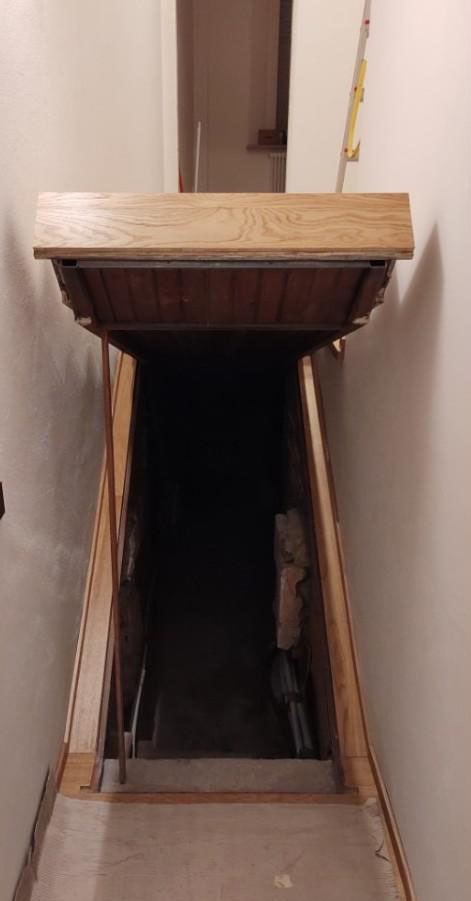 But they also bizarrely revealed the house did have another separate basement – which you could access from another room.

The owners added: “We have a different price for the square footage of a basement and the habitable space…

“Somehow it was counted as a normal space, which sucks since it actually costs more.

There are many pieces of wood, pipes, antiques and 10 bottles of wines from the 1960s-70s

“Plus there is another ‘real’ basement accessible from another room.”

The incredible find has racked up more than 2,000 comments, as people compared the room to everything from something out of Harry Potter to a side quest.

One person said: “I'm getting panicked just looking at it.”

Another wrote: “Did you find Harry Potter?”

A third commented: “Not such a secret anymore!”

This person added: “That is creepy.”

Someone else thought: “Definitely a side quest in there.”

And this woman was stunned to find a secret room in her house behind a wardrobe – three years after moving in.

Meanwhile, another homeowner finds room hidden behind a wall five YEARS after moving in and it’s ‘like a nightmare’.

Plus people are showing their best ‘secret rooms’ – from games nooks hidden behind bookshelves to entire POOLS.