A STUDENT who was told by a doctor that her ear pain could be caused by her shampoo has revealed how she's been left completely deaf.

Lauryn Schutte, 21, had suffered pain in her ears for months and knew something was wrong – but she was constantly dismissed by doctors. 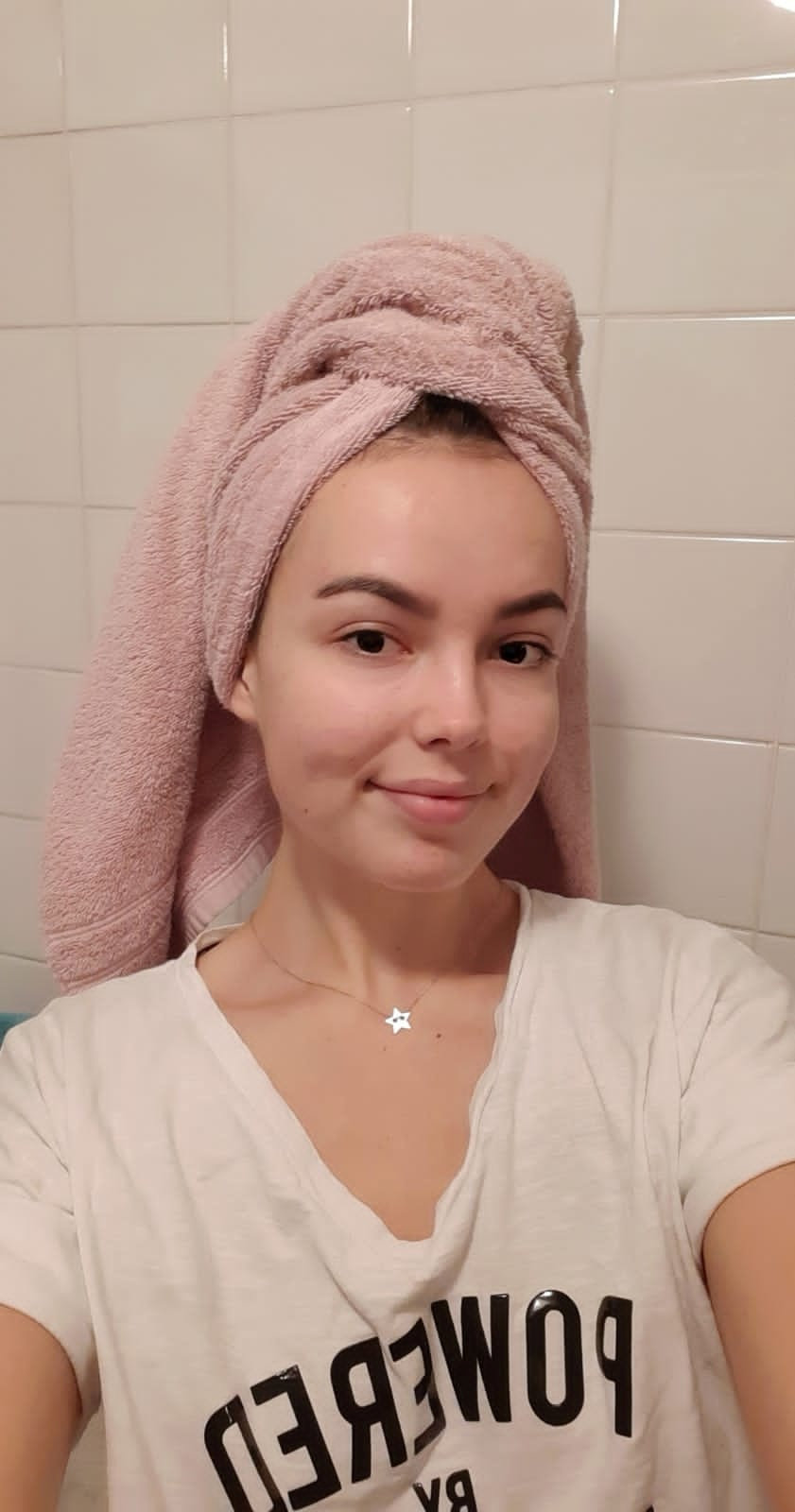 One even blamed her excruciating earache on shampoo which was irritating her ears and suggested she change brands.

But in October 2019, after waking up in agony, Lauryn was rushed to hospital.

She was told she had lost most of her hearing overnight – her "worst nightmare" after months of feeling ignored.

Lauryn has no hearing in her left ear and has increased difficulties hearing from her right ear, for which she uses a hearing aid.

The psychology student, from Dover, still hasn't been given a reason for her hearing loss.

The pandemic has made it even harder for her to see a specialist.

When she finally gets her appointment in January of 2021, it would have been 15 months since she was given the awful news that her hearing had suddenly gone from the left ear. 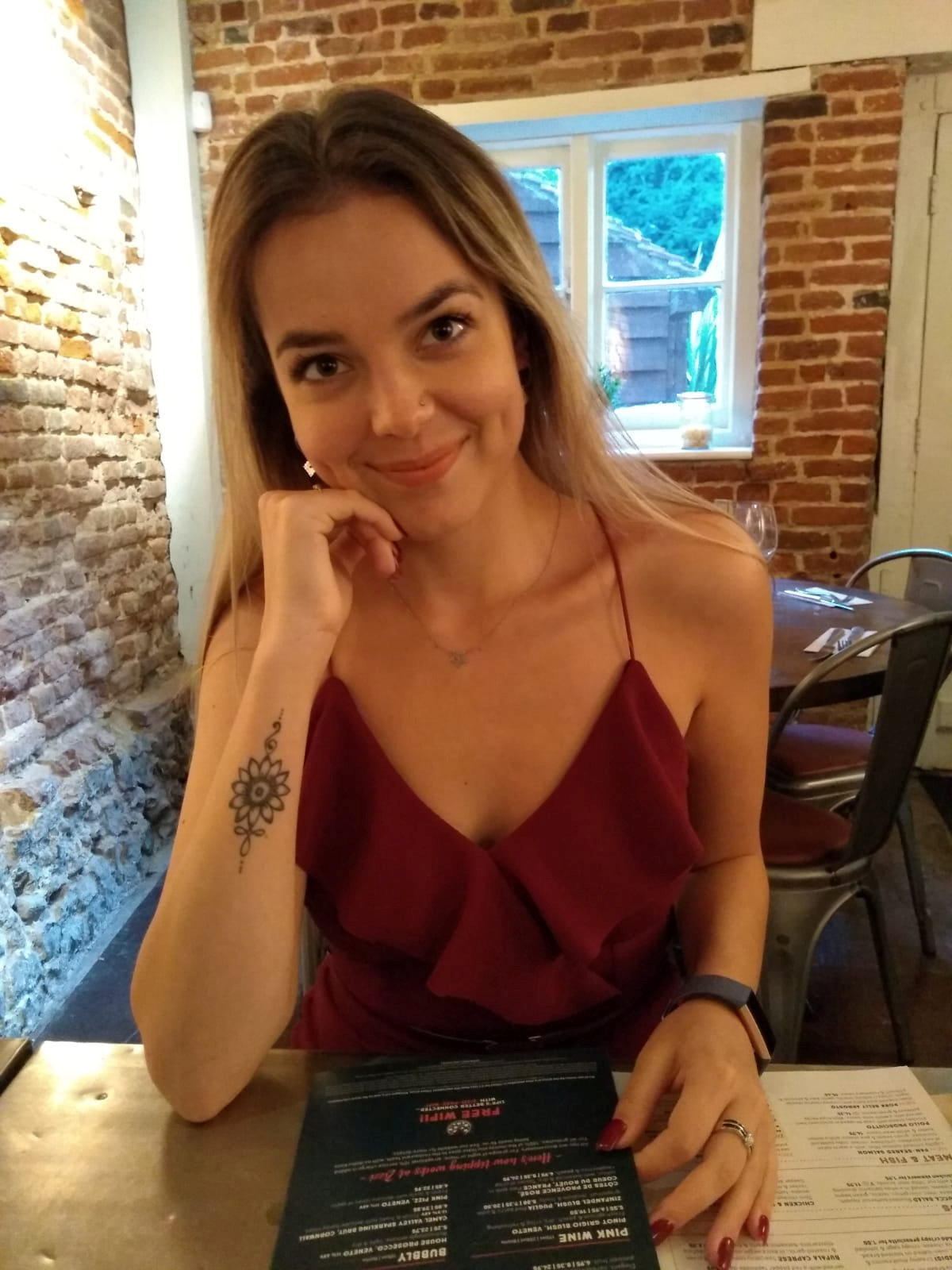 Lauryn said: "I feel like through this whole journey, the doctors didn't care at all. I felt like not one of them was interested in helping me.

"I would think that a 21 year old girl who lost her hearing overnight would be important but they just keep cancelling my appointments and I'm completely in the dark.

"I'm almost completely deaf in one ear and have ongoing struggles with my other ear. It's been over a year and they still haven't told me why I lost my hearing."

As a child, Lauryn experienced soreness in her ears and had tiny tubes called grommets inserted into her eardrums which got rid of the pain.

She was surprised when the pain returned in February 2019 and went for a hearing test where she discovered she had slight hearing loss in her left ear.

With the pain becoming increasingly worse, Lauryn turned to her doctor for help but was left shocked when it was suggested that her shampoo had caused the irritation.

She said: "One doctor told me it was because of the shampoo I was using and that I should change shampoo brands.

"My doctor booked me in for an appointment with an ENT but during the waiting period, I phoned him numerous times as I knew something wasn't right. 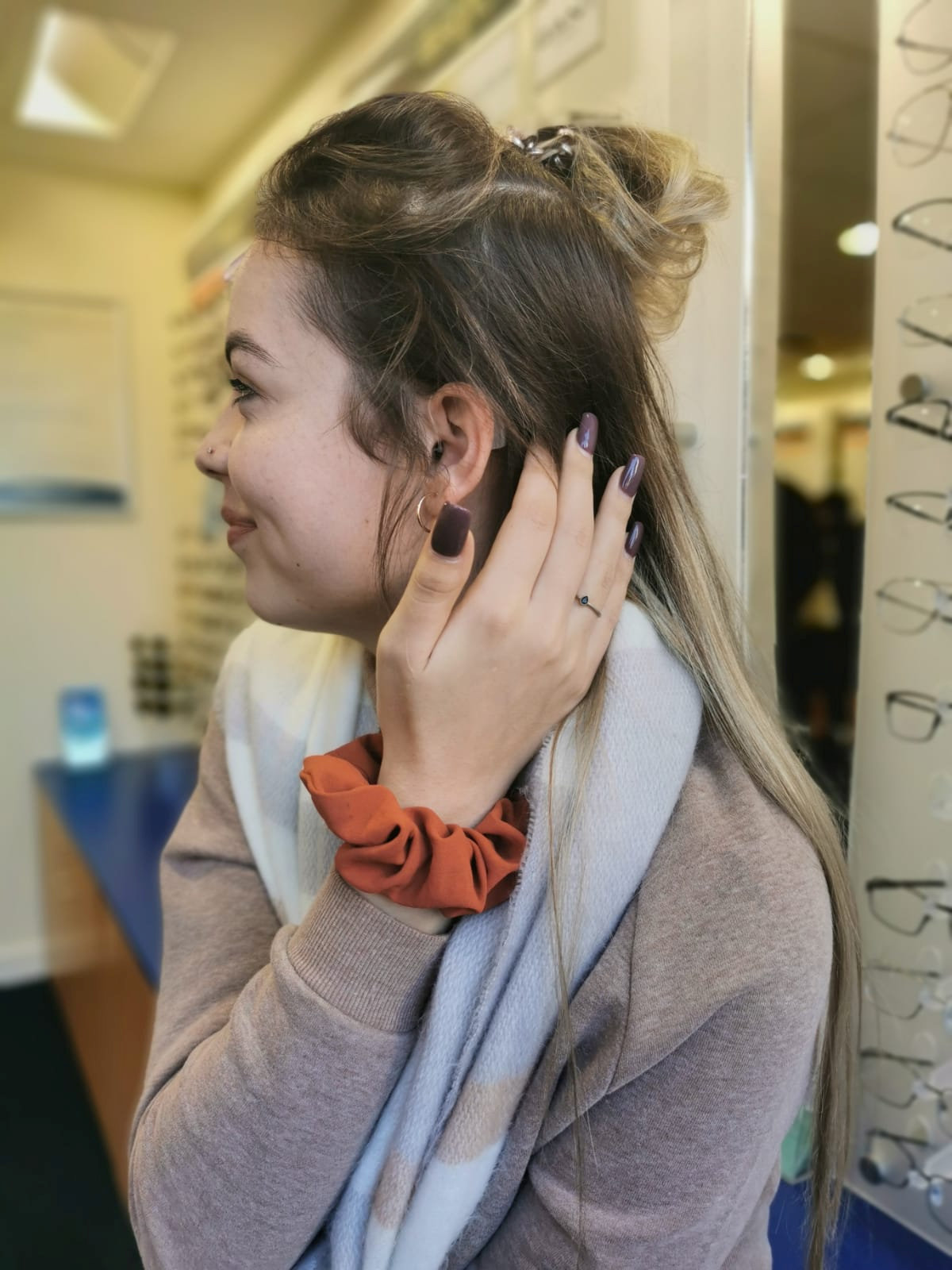 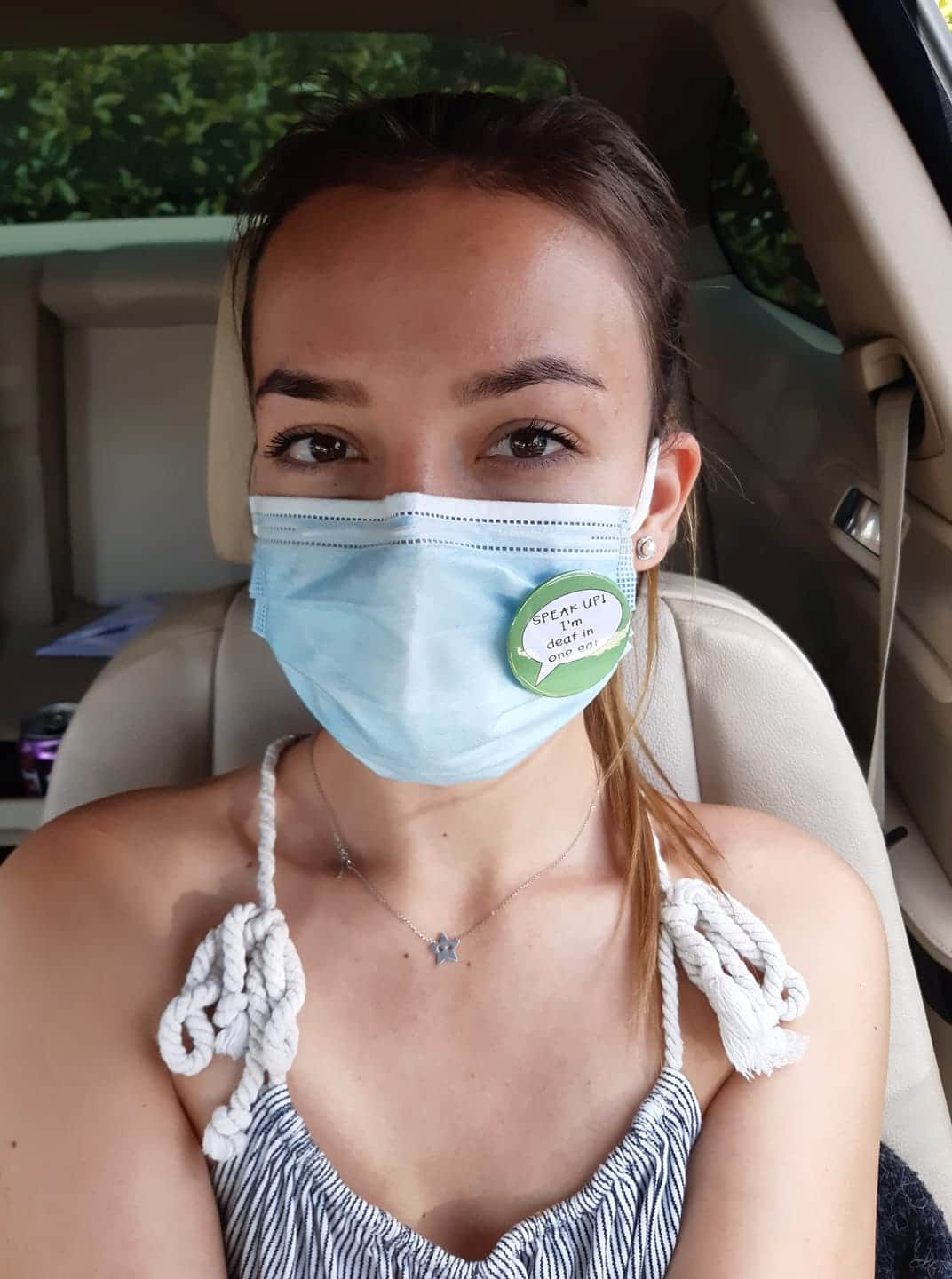 The causes of hearing loss can be there from birth (congenital) or develop over time (acquired).

Congenital causes may lead to hearing loss at birth, or soon after.

It can be due to genetic factors or by certain complications during pregnancy and childbirth, including:

Acquired causes may lead to hearing loss at any age, such as:

"I waited 71 days for my ENT appointment and then I was in his office for barely two minutes where he told me that my pain was 'normal' for someone who had grommets.

"After my appointment, I phoned my doctor back and said I wasn't happy with the care I received. He basically dismissed me and said there was nothing he could do.

"I knew something bad was going to happen – I just didn't know when."

Just two months after her ENT appointment, Lauryn woke up in agony with severe earache in the early hours of the morning on October 3.

Her boyfriend Ashley, 26, rushed her to Ashford Hospital's A&E where she was given an appointment for 10AM that same day.

But by the time came, Lauryn had completely lost her hearing in her left ear. 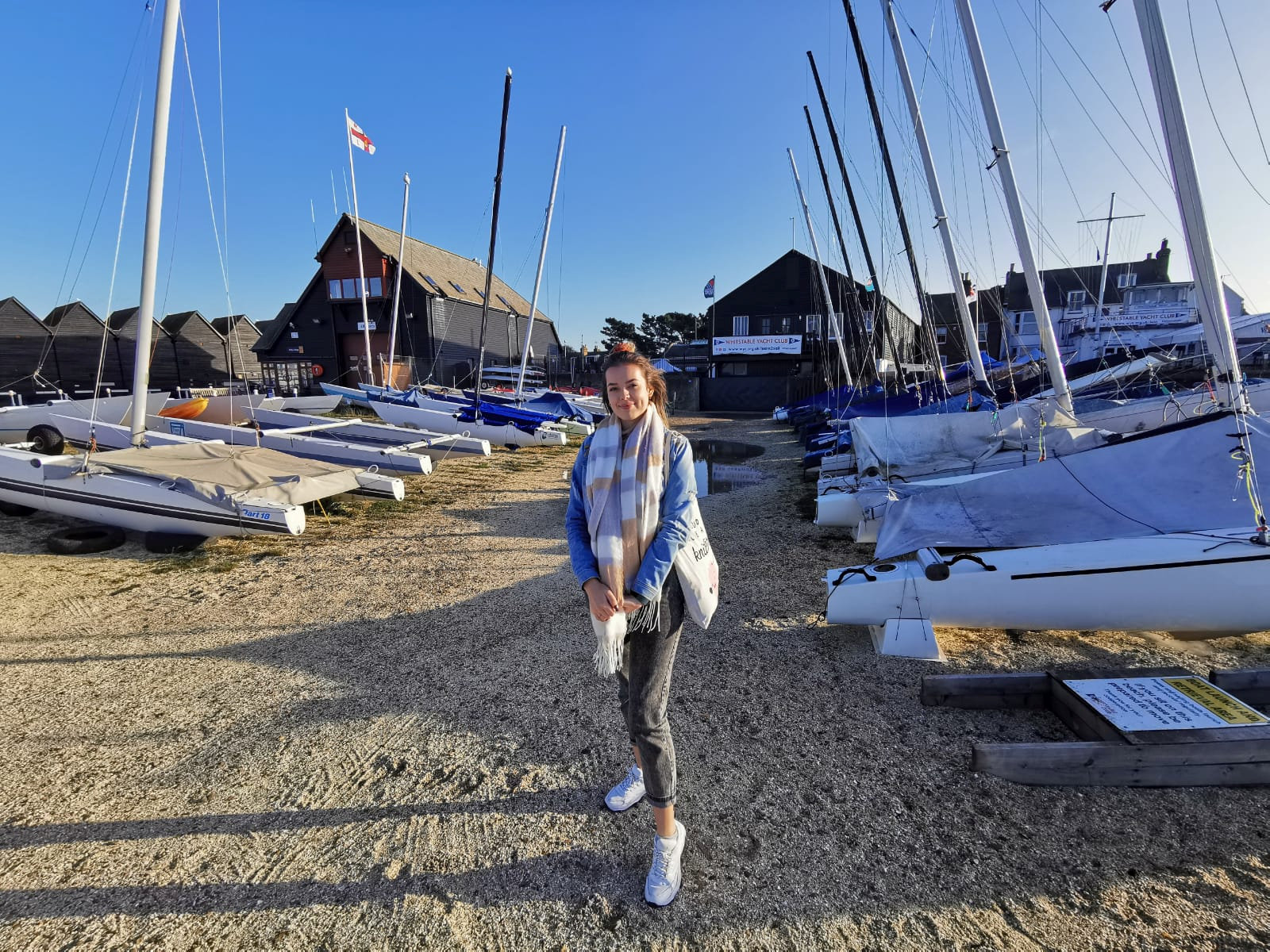 She said: "It was very, very painful – I've never had such bad ear pain in my life.

"The A&E doctor looked in my ears, asked me a few questions and said he could definitely see that something wasn't right.

"He said that he was going to refer me to the ENT department and that I should come back at 10 o'clock the same morning.

"I struggled to get to sleep when we got back home but I eventually did and by that time, the pain killers had worked and it wasn't as painful.

"When I woke up, that's when I noticed I couldn't hear a single thing in my left ear. My fear had become a reality."

Doctors prescribed steroids which sadly did not work and Lauryn is now adjusting to life with permanent hearing loss in her left ear.

She underwent an MRI scan in December 2019 but doctors have still not been able to find the cause for her hearing loss.

Hearing loss affects 12 million people in the UK. And the World Health Organisation says 60 per cent of childhood cases are preventable.

Causes of unexpected hearing loss include a burst eardrum, medication, a bony growth or build-up of skin cells, according to the NHS.

Chronic infections or viruses such as measles and mumps can also cause hearing loss that is acquired, rather than there from birth. 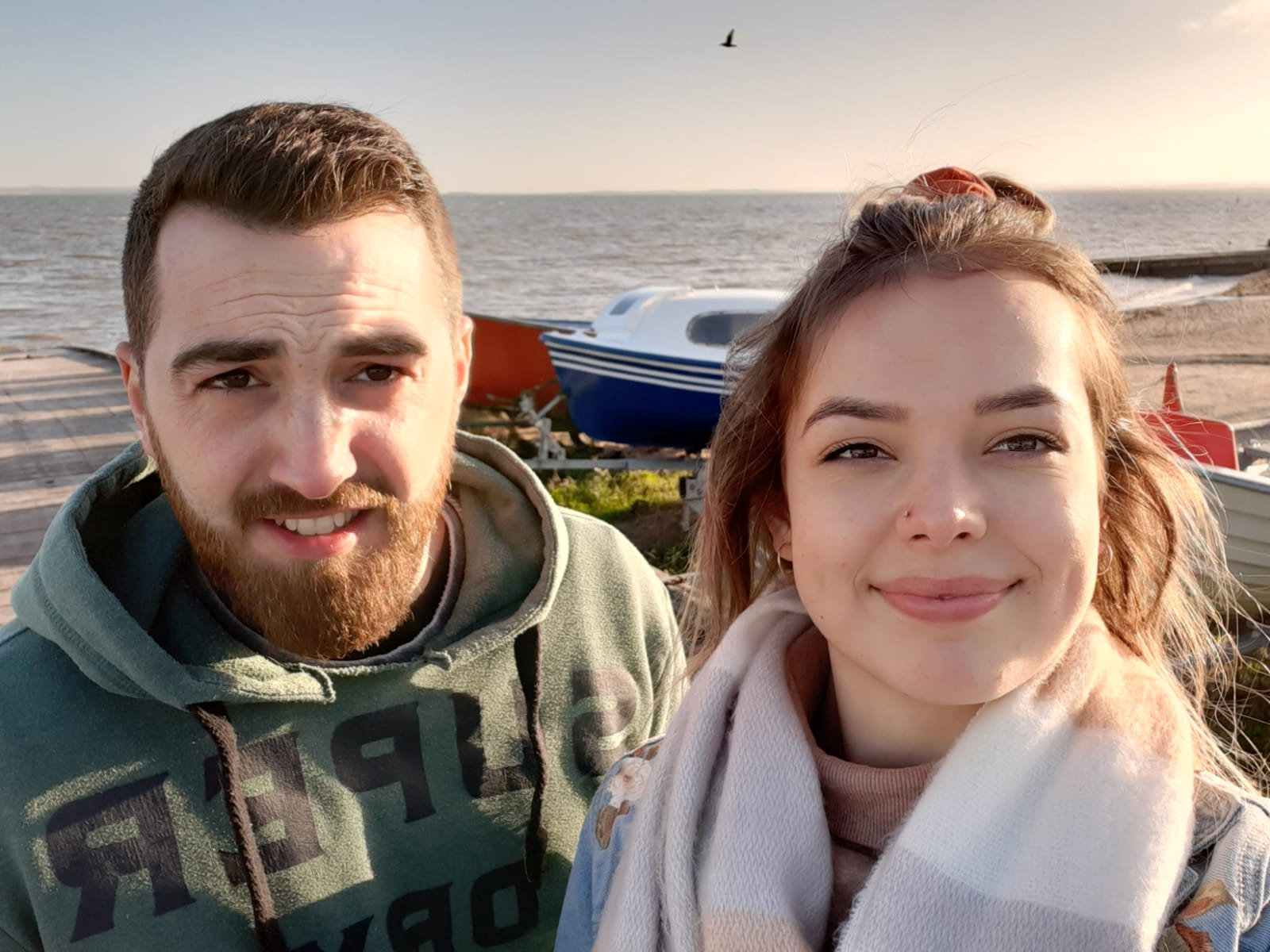 Terrifyingly, Lauryn started to lose hearing in her right ear in February 2020 but doctors were able to stop the loss in its tracks with another course of steroids.

Her otology appointment has now been cancelled four times due to coronavirus and Lauryn is due to see a doctor in January 2021 – a whole 15 months after she lost her hearing.

Lauryn learned to lip read so she could communicate properly. But she said that proved pointless when masks became mandatory in shops months later during the pandemic.

She also had to email her lecturers at Canterbury Christ Church University to ask for better subtitles on lecture slides.

Lauryn said: "My hearing loss was very unexpected and just when I thought I had gotten the hang of lip reading, we all had to start wearing masks.

"At first, I was embarrassed to ask cashiers to pull their masks down so I could see what they're saying behind the screens but then I thought that it's better than not knowing what's going on.

"I bought a badge that says "I'm deaf in one ear, please speak up" and I put it on my mask but then the first time I used it, a girl mocked me for it.

"She pointed it out to her friends and laughed at me. It really annoyed me because anyone could lose their hearing at any point in their life.

"I think as a society, we need to be more accommodating of people with hearing issues, especially now during the pandemic."

She added: "I actually lost my hearing two weeks after getting together with Ashley.

"It did affect our relationship at the beginning as I felt very depressed and ugly with having to wear a hearing aid at just 20 years old.

"I didn't want to go anywhere or do anything so it did put a strain on our relationship.

"Ashley has been very supportive throughout it all, taking me to all of my appointments and staying with me in the hospital, bless him."