SPENDING money on clothes is something many of us struggle to control, with endless online orders rocking up at our doors and hundreds of pounds leaving our bank accounts.

Well, one man has explained how he gave his wife a budget after she spent hundreds on clothes, in an attempt to stop her spending so much money.

But people don’t know what to make of it and his wife in particular isn’t happy.

She thinks he’s controlling her, but what do you think?

The man posted on Reddit’s AM I An A**hole thread and explained that they got married in March and that she has been on a spending spree ever since.

He said she spends “hundreds at a time on clothes, accessories, makeup and all others that fall within that ilk, little trinkets for interior design, just spending all of the time."

He explained: “I make an okay living and the only reason we aren't under water is because I don't buy anything.

“After running up $550 on a coat, I finally decided enough was enough.

“I built a spreadsheet, explained it to her, and wanted to handle things like adults.

“She acted like she was nodding off, struggling to stay away, she looked like a high school kid stuck in the most boring class in the school.

​”When I was done, I didn't expect a fight, I thought it was fair.

“She on the other hand, doesn't view this as a budget that benefits us both, she views this as I'm dominating her and I'm constricting her.

Responding to his post, some people thought he was in the wrong.

One said: “Everyone needs a budget, but this is something that should have been hammered out before you got married.”

Another commented: “I don’t know that you're handling it quite right. I’d get some separate bank accounts and have the joint one for bills and things (vacation fund, retirement… whatever) you each contribute to in whatever pre-agreed amount you’ve discussed.”

But others supported him and thought he made a good decision.

One said: “He's being transparent and honest. So – while it's not ideal that they didn't discuss money before marriage – I don't think OP is doing anything wrong here. Putting her on a budget isn't a shitty thing to do, especially if he's also focusing on saving for big expenses down the line.”

Another added: “If you’re married, you’re in a partnership. A partner doesn’t go out and spend all of the money of the partnership on nonessentials, especially if the other partner is funding things.”

A third said: “We do exactly this. Happily married for almost 20 years. But our values on money issues have always pretty well aligned anyway.”

But what do you think? 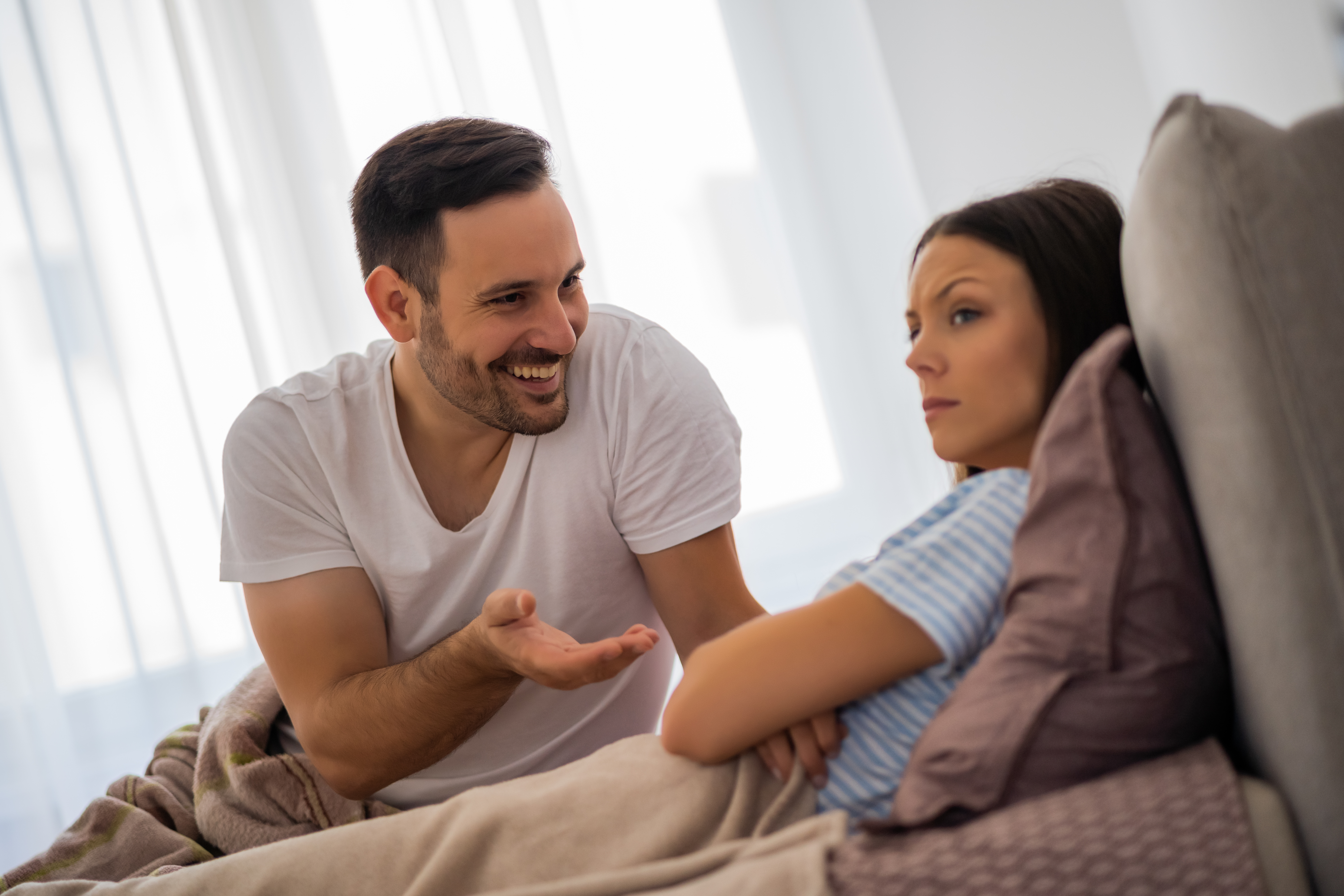 Meanwhile, I asked my brother for £20,000 for my wedding but he refused and now I won’t take his calls, says young bride.

Also, I slept three feet away from a dead body for 8 weeks and had no idea – the dead fish smell got so bad I couldn’t sleep.