A WOMAN who has a 40-year age gap with her husband shunned criticism from strangers to get engaged after just one month of dating and says their sex life is amazing.

Victoria Wynn, 31, claims her one-month whirlwind romance with husband Len Wynn, 71, both from Alnwick, Northumberland, was meant to be. 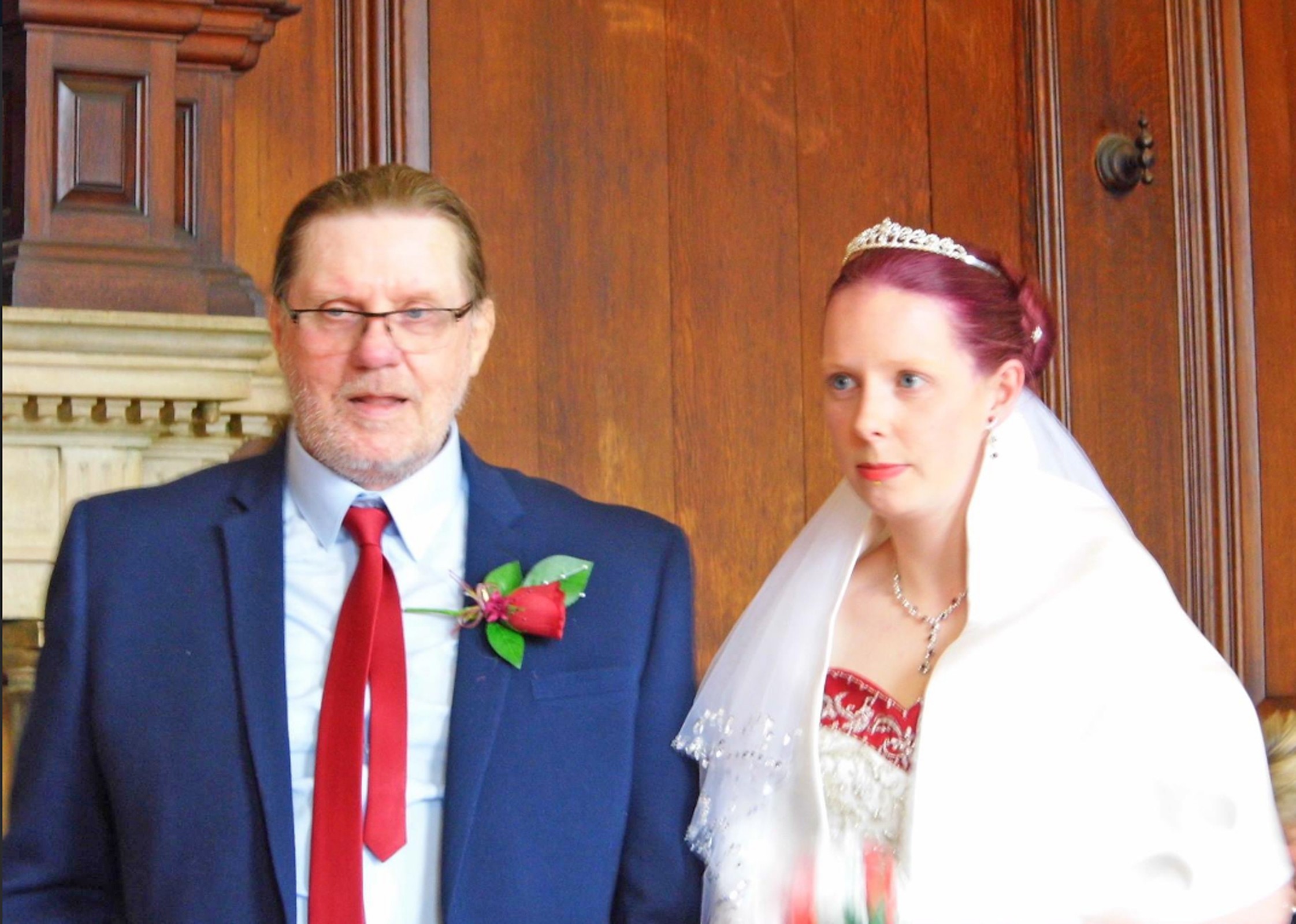 And the pair refused to let cruel comments from strangers affect them, although some people have even branded Victoria a 'gold digger.'

Victoria, a care support worker, said: “I've had enough of people judging mine and Len's relationship.

“When Len asked me to marry him after four weeks, I had no doubt in my mind that I wanted him to be mine forever.

“Len may be an older man, but no one has ever made me feel as special as he has. Len and I couldn't be happier now and our sex life just keeps getting better." 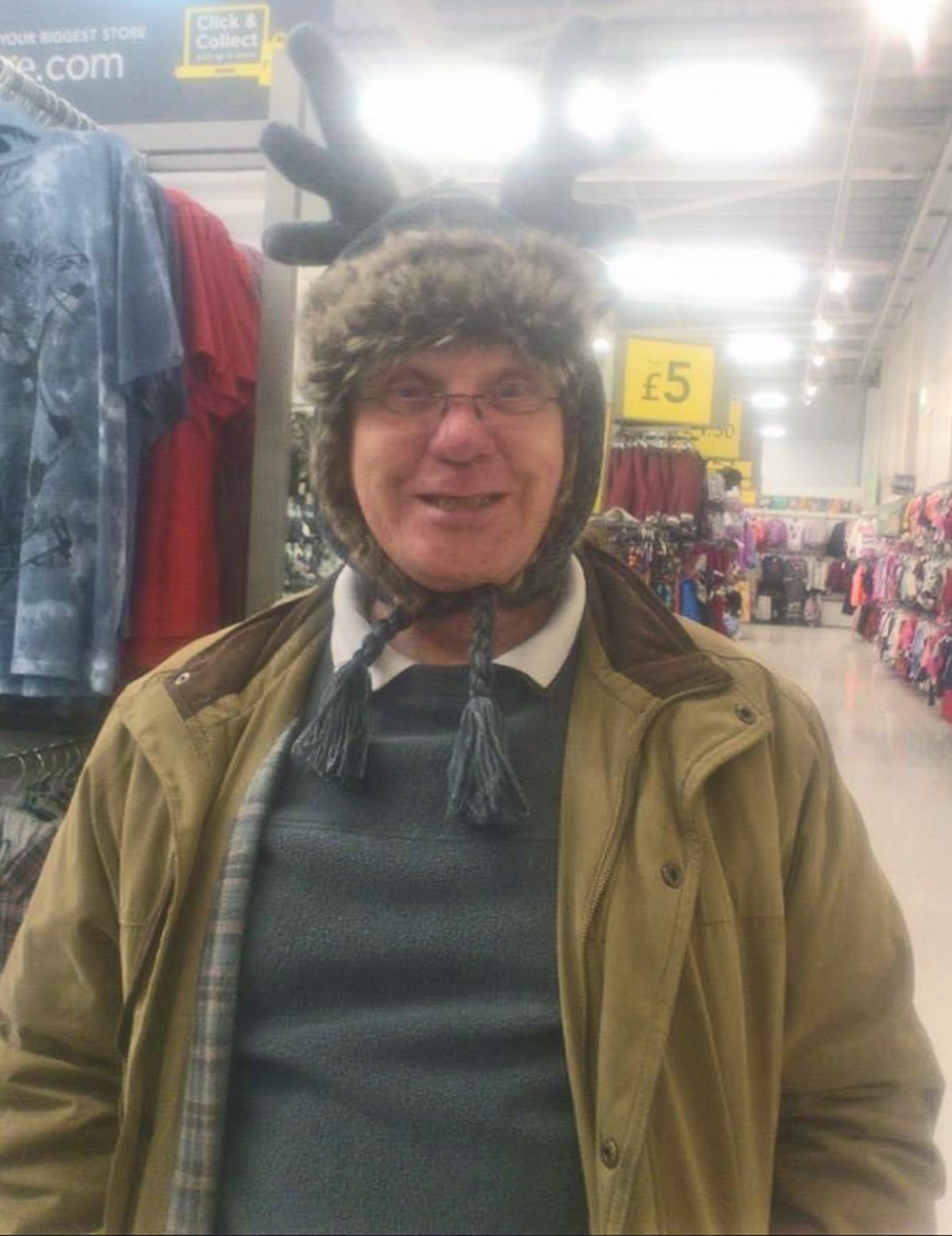 She continued: “I don't care about a silly number, Len makes me feel safe, and that's all I need in a husband.”

In March 2011, Victoria and Len, a retired nurse, met at their local pub.

Victoria said: “I was having drinks with my mate, Lucy*, 30, when she waved Len over.

“When I spotted his grey hair and wrinkled eyes, I thought he was her grandad.

“But he was actually her uncle.

“Len and I started chatting, and I realised that I felt comfortable with him."

It didn't feel like I was snogging someone approaching retirement age, it felt right.

She added: “I'd just been through an awful break up so I confided in him about being stuck living with my ex boyfriend.

“Len comforted me and was a good listener.”

Afterwards, Victoria and Len exchanged numbers and the following morning met for a coffee.

Victoria said: “I couldn't help but notice the wrinkles on his cheeks.

“Len told me he was 63 and I realised he was 40 years older than me. But I didn't care, it was nice having someone to talk to.

“He told me he'd been married once before and he had three children who were all in their 30s.

“We discovered we had a shared love of gaming and films." 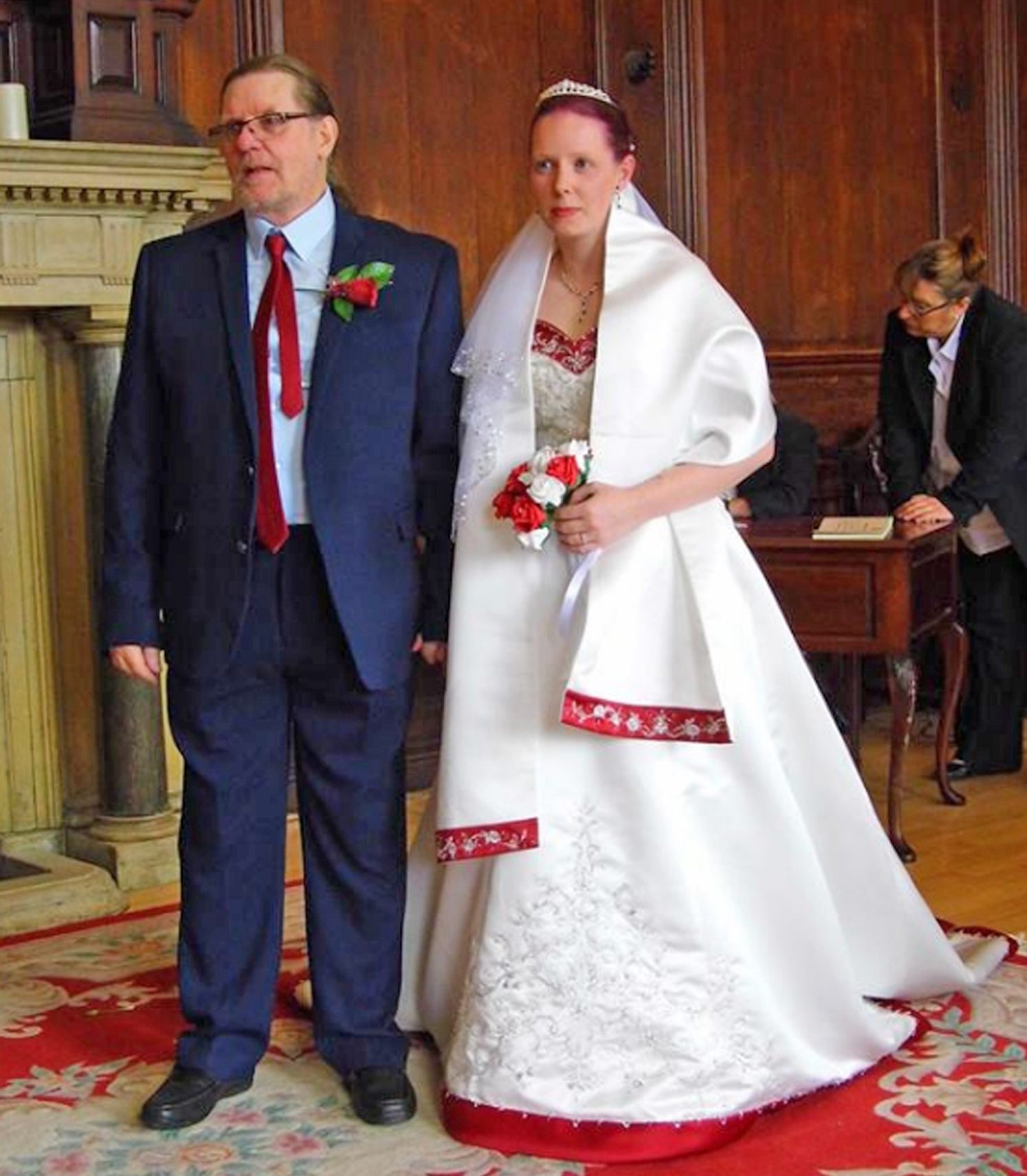 She added: “I couldn't believe how much we had in common despite the age difference.”

Over the next three weeks, Victoria and Len became close and, in April 2011, Len offered Victoria to stay in his spare bedroom.

Victoria explained: “I was overwhelmed with his kindness and moved straight in.

“From then on, Len cooked me dinner most nights and we watched films together.

“As days went by, I realised I was developing feelings for him.

“I knew it would never happen as Len was three times my age.

“But I couldn't stop thinking about him romantically.” 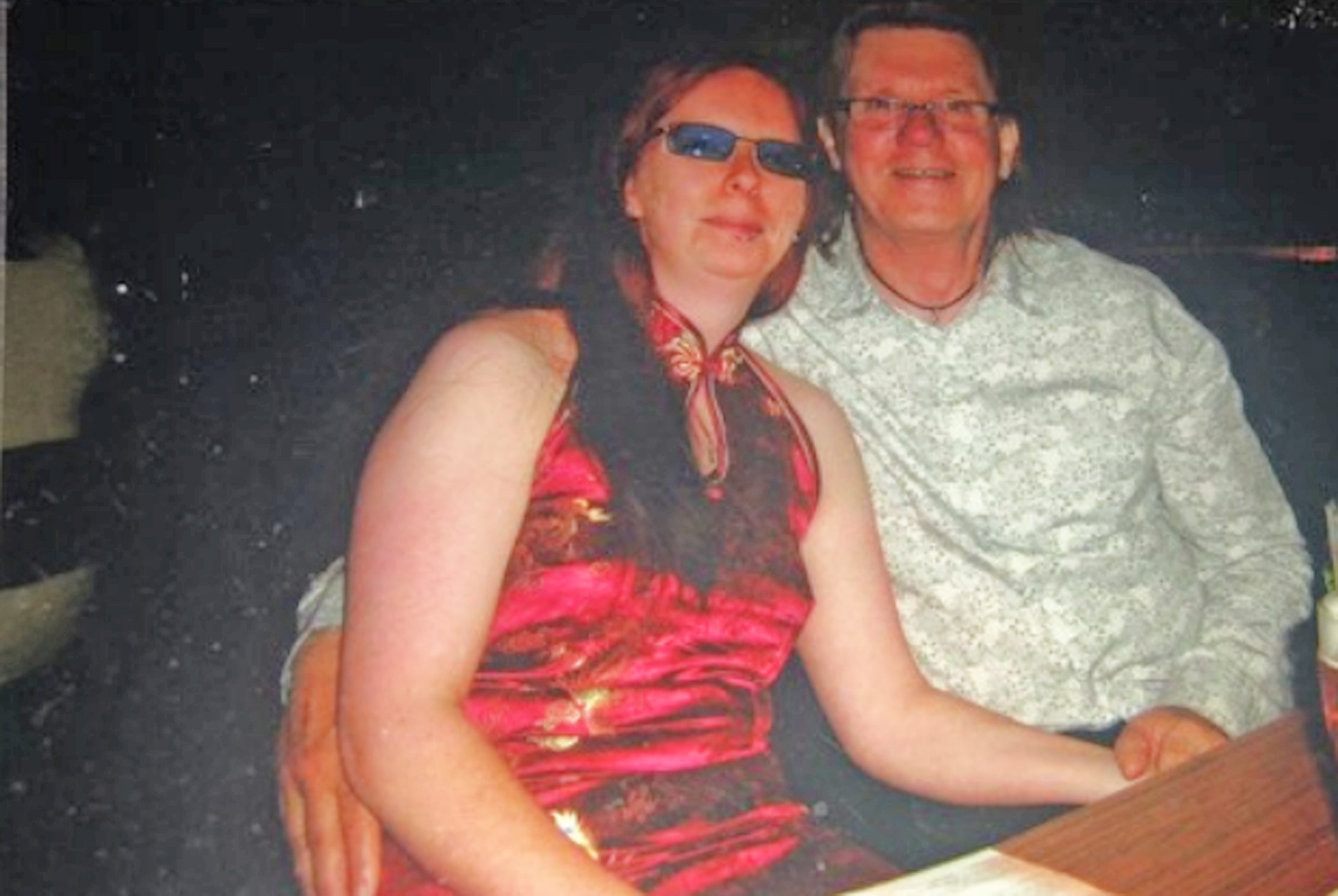 One month later, in July 2011, Victoria revealed her feelings to Len.

Victoria said: “Len told me he loved me and all of a sudden we were kissing passionately.

“It didn't feel like I was snogging someone approaching retirement age, it felt right.

“The next day I woke up in Len's bed and I've slept there every night since.”

One month later, much to Victoria's surprise, Len proposed to Victoria.

Victoria said: “I burst into tears and said yes.

“I knew it was fast but I felt we were made for each other.

“I loved Len with all my heart and I'd never felt this way about a man before.

“My friends were all shocked and told me I was moving too fast. They also thought he was too old for me.

“But when I introduced them, they realised how happy Len made me.”

I’ve always loved Len for him.

After that, Victoria threw herself into wedding plans, but the couple soon faced criticism from strangers.

Victoria said: “Whenever Len and I left the house together, strangers gave us dirty looks.

“People even nudged each other and pointed at us as we held hands.

“I felt embarrassed and hurt, I didn't understand how people could be so judgemental – we're not harming anyone.

“One night, Len and I were out for dinner when I spotted a couple pointing at us.

“Then, I heard a woman whisper: 'She's clearly a gold digger.'

“It absolutely broke my heart.

“We lived in a two-bedroom terraced house and still do. I’ve always loved Len for him.”

Despite the abuse from strangers, Victoria and Len got married in June 2017 at a town hall in Anwick, Lincolnshire. 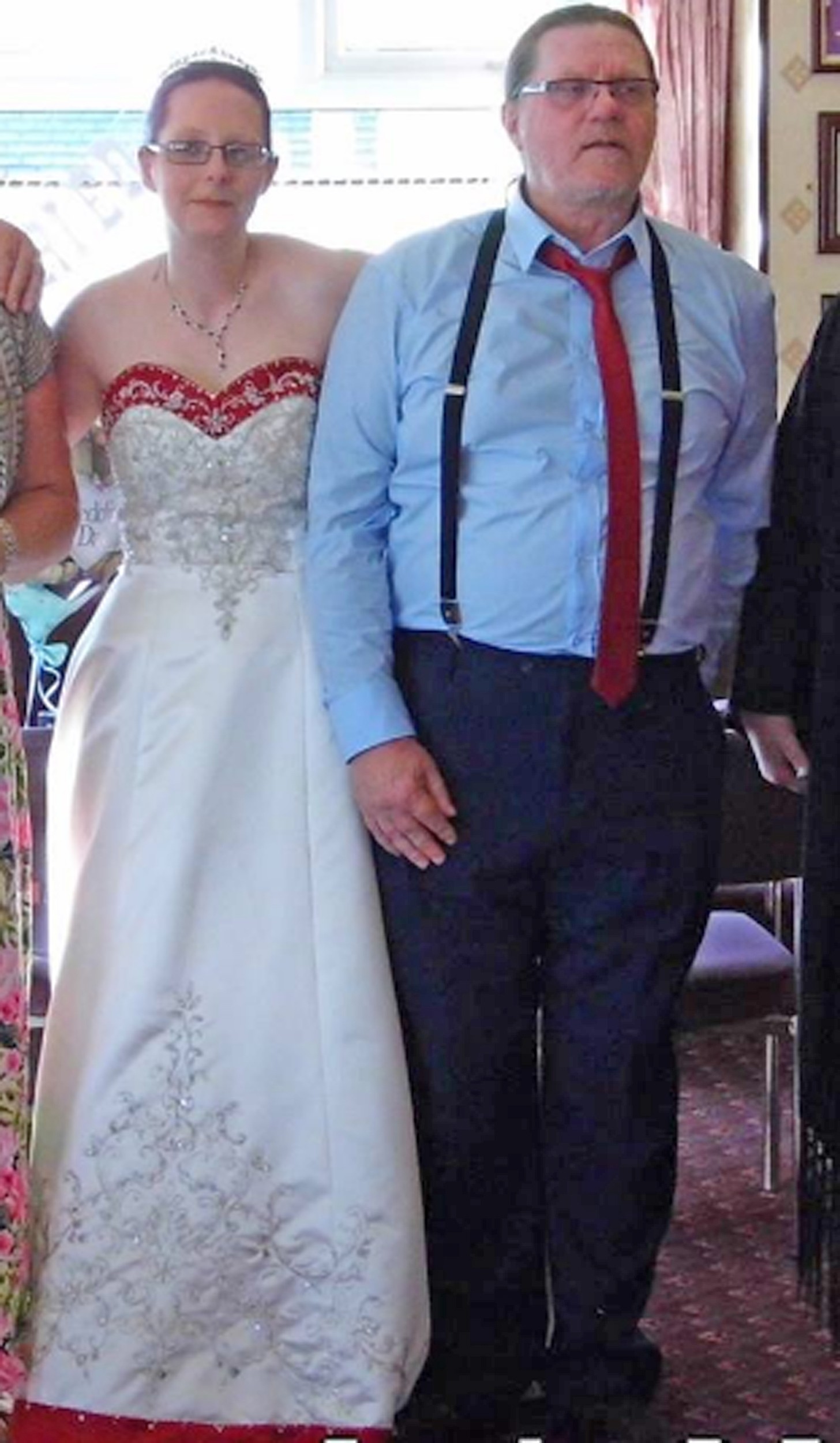 Victoria said: “It was the happiest day of my life.

“Len and I are proving all the doubters wrong who thought we moved too fast.

“When you know something is right, you should just go for it in life.

“I do worry our time together could be cut short because of Len's age.

“So I try to appreciate every single day we have together.

“We both ignore the haters because we know we love each other and that's all that matters.”

Previously a couple with 29-year age gap forced to move after strangers brand husband a PAEDO.

And a student, 19, insists that ‘love has no age limit’ after falling for lover, 52… but her family have disowned her over the 33-year age gap.

And Courtney is a granny-of-three at 25 – after marrying a man 34 years older than her (and their sex life is amazing).