A WOMAN has found a bra solution for those who can't be bothered to wear the uncomfy underwear.

It's ultra comfortable, and she's super obsessed with it. 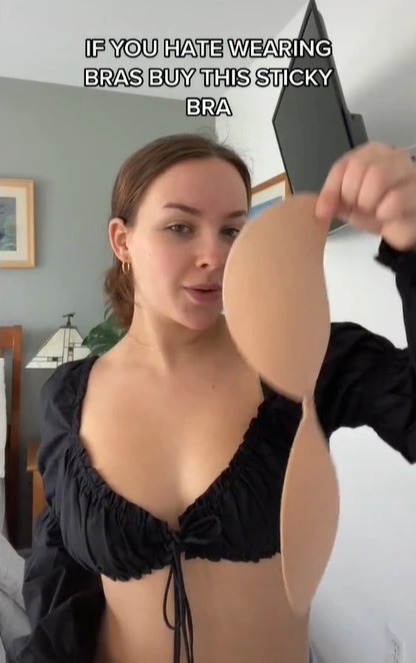 "If you hate wearing bras buy this sticky bra," she wrote in a video.

She wore a black ultra-cropped blouse, and held the nude sticky bra in one hand.

She put the bra on, and it emphasized her cleavage.

"So much more comfortable," she added in her caption.

The brand which is "owned by women" and "made for women" is intended to make them feel more comfortable.

According to the brand's site, the bra is "super comfortable to wear.

"It is lightweight, breathable and it doesn't make you feel like something is digging into you."

It is also made out of very sticky adhesive which the brand claims holds well all day, and it doesn't hurt when taking it off.

The bra is reusable, and can be hand washed with water. 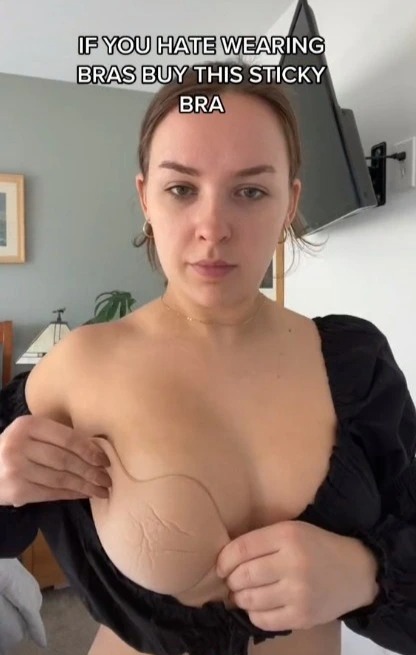 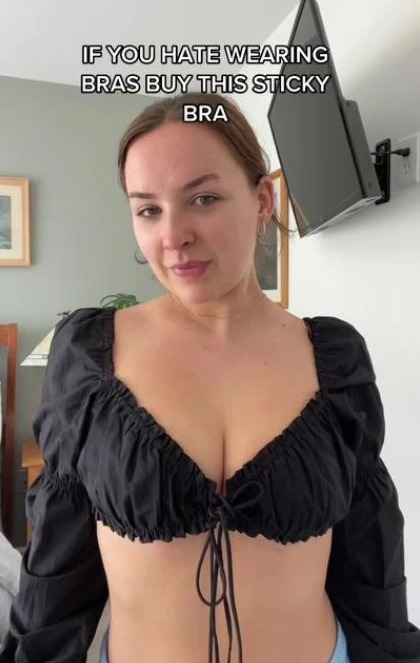