WHEN Nicky Newman started carrying out her routine monthly breast check in the shower, she knew instinctively something wasn’t right.

Along with a lump in her right boob, the 30-year-old noticed that her nipple had inverted, the skin was dimpling and she had a rash on one side. 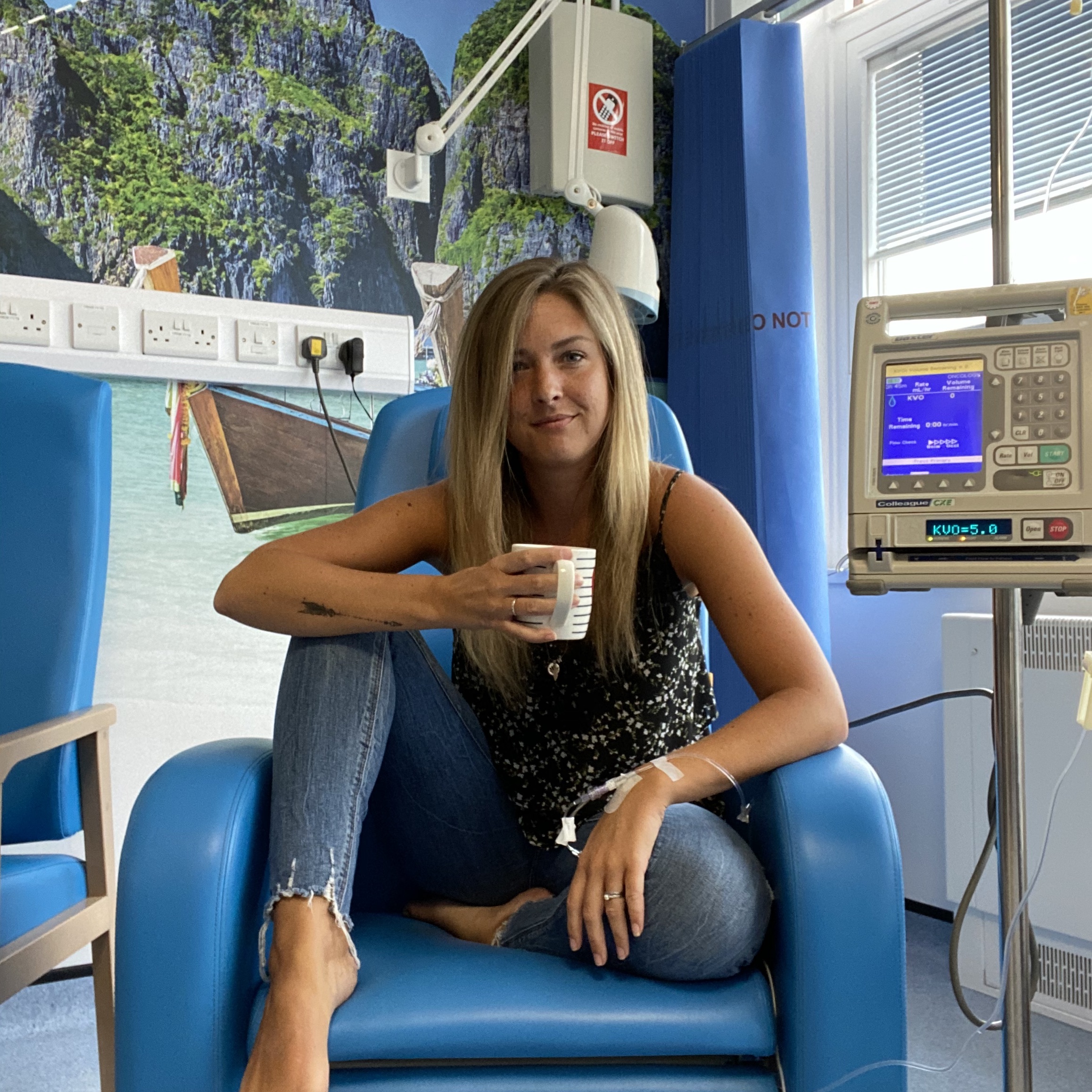 Nicky, from Guildford, Surrey, booked in to see her doctor but knew in her gut that it was going to be bad news.

“I didn’t need a doctor to tell me I had cancer, I already knew,” she said.

But something she hadn’t prepared herself to be told was that it had already spread to her bones and she was diagnosed with stage four incurable cancer.

Before her diagnosis, Nicky and husband Alex had been desperate to start a family and were undergoing a round of IVF.

Nicky, who was working in admin at a small finance company, was told some lumps she had noticed in her breasts were a side-effect of the fertility treatment.

But with a family history of breast cancer it was something she vowed to keep a closer eye on. 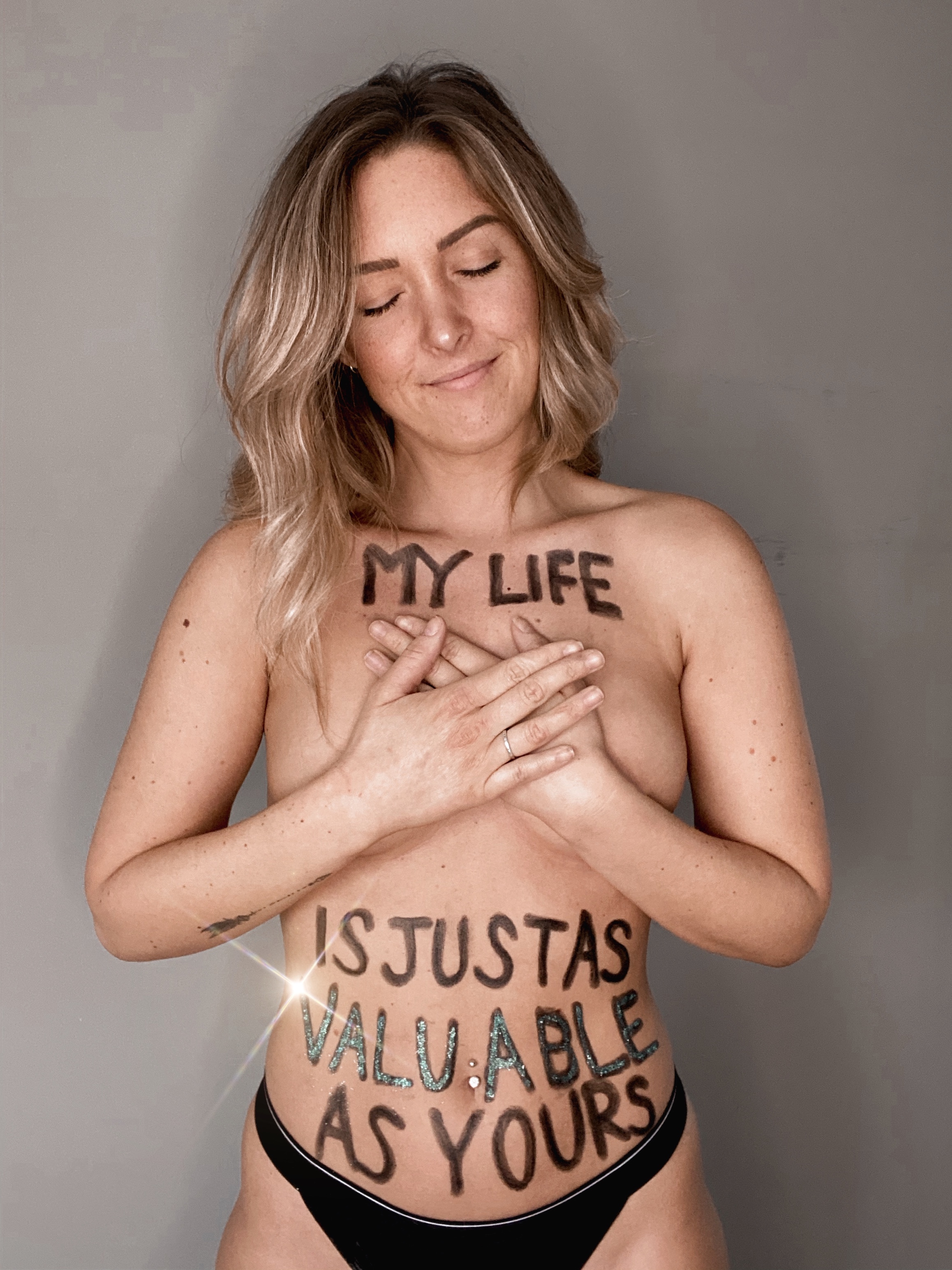 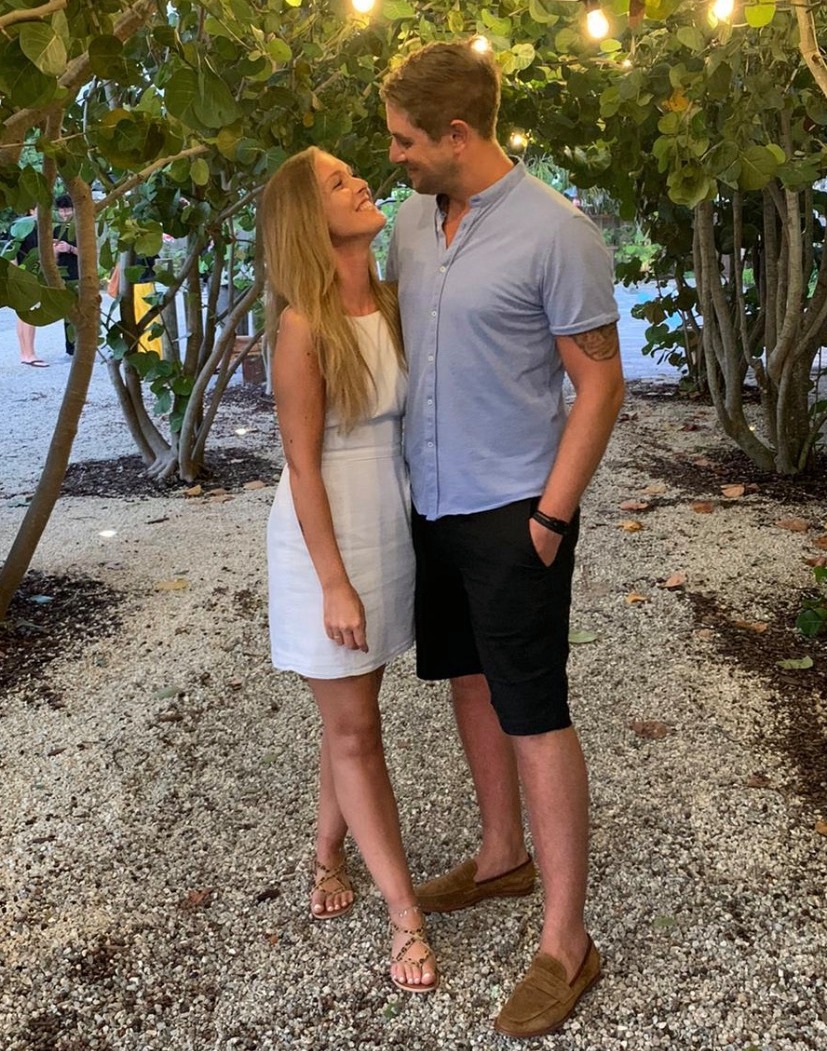 So when she discovered one of the lumps had become larger in April 2018, she immediately made a GP appointment.

Nicky said: “I walked into that room and I felt I had the confidence to say I had cancer.

“I think a lot of times people walk in to see their GP and say they have a sign or a symptom and they get fobbed off.

“They might be told they’re too young, or it’s hormones, or it’s because they are breastfeeding.

“Because they’re doctors, people believe that that is the case and go ‘okay, fine it’s nothing,’ but we have to advocate for ourselves.”

For Nicky, her GP wasted no time in referring her straight to the hospital where she had a series of scans, mammograms and biopsies.

It was only when she sat down to discuss her treatment plan with her consultant that she found out the cancer had spread.

She said: “I’d been suffering with a bad back before my diagnosis and it was something I was having physiotherapy before.

“But I never made a connection between that and breast cancer. I thought ‘how can these two things possibly be related?’” 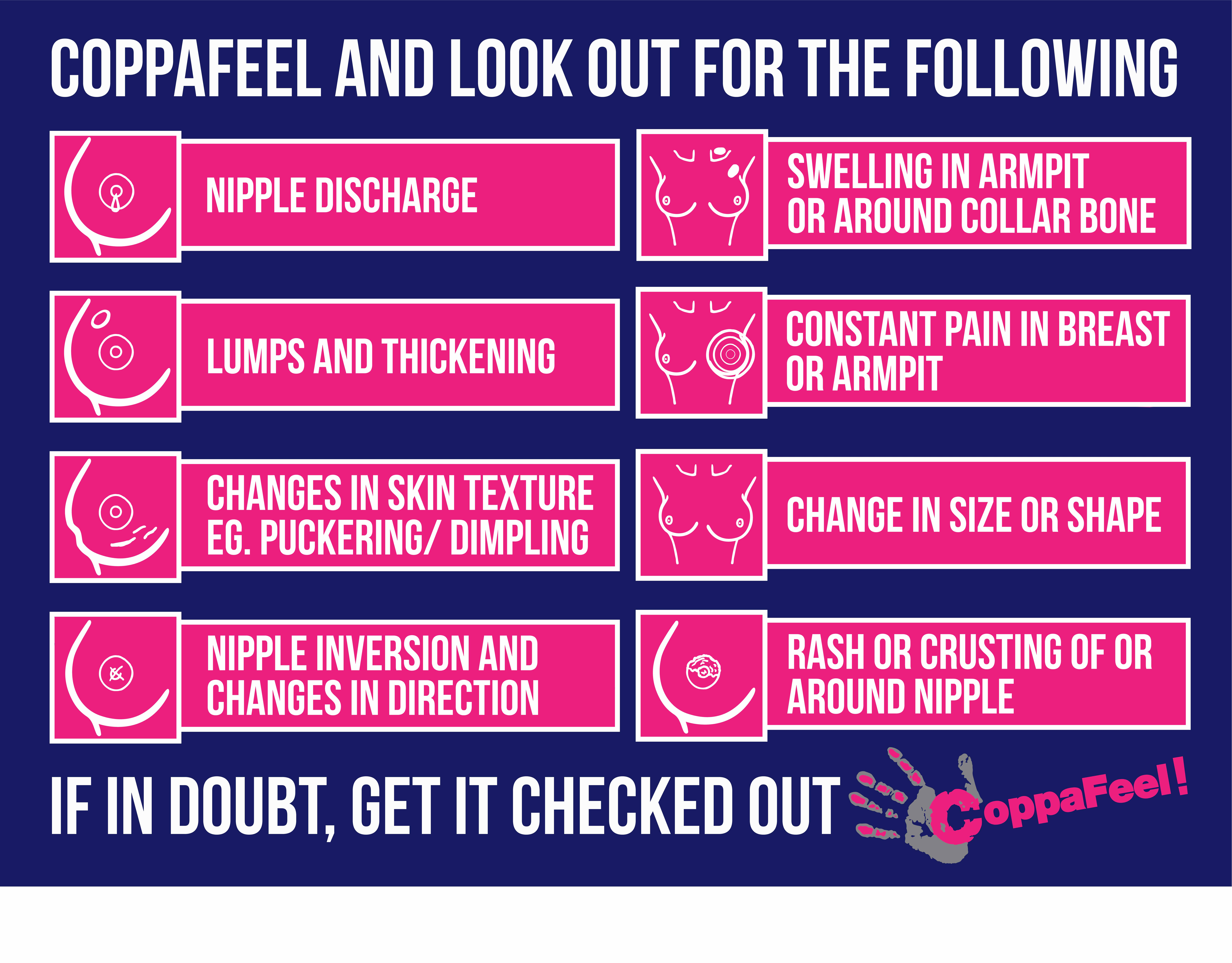 The 8 breast cancer warning signs to look out for

Breast cancer is the most common form of the disease in the UK.

But catching it early can improve the likelihood of successfully treating it.

While the majority of women will know to feel for unusual lumps and bumps, there are also other signs to be on the lookout for.

If you have any concerning signs or symptoms, contact your GP.

In another cruel twist, Nicky had also found out her most recent round of IVF had failed.

“My first question to my consultant was how long do I have to live,” she said.

“My second was what’s going to happen with my embryos.”

At that point, the most important thing to Nicky was becoming a mum and she struggled to come to terms with the idea that it wouldn’t happen.

Now 33, Nicky said: “It’s so strange, but still to this day no longer having the chance to be a mother, that’s the bit that hurts the most. 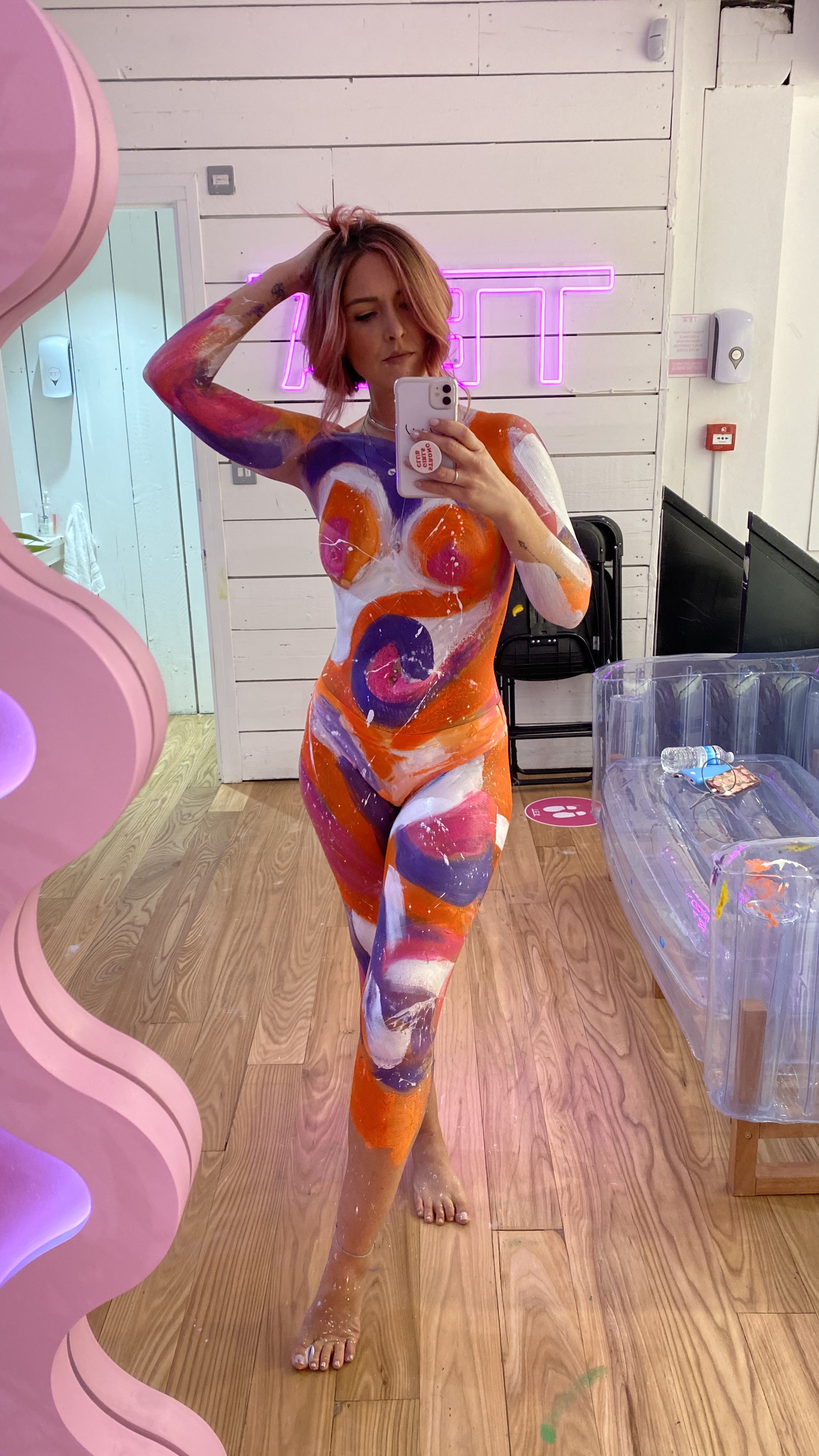 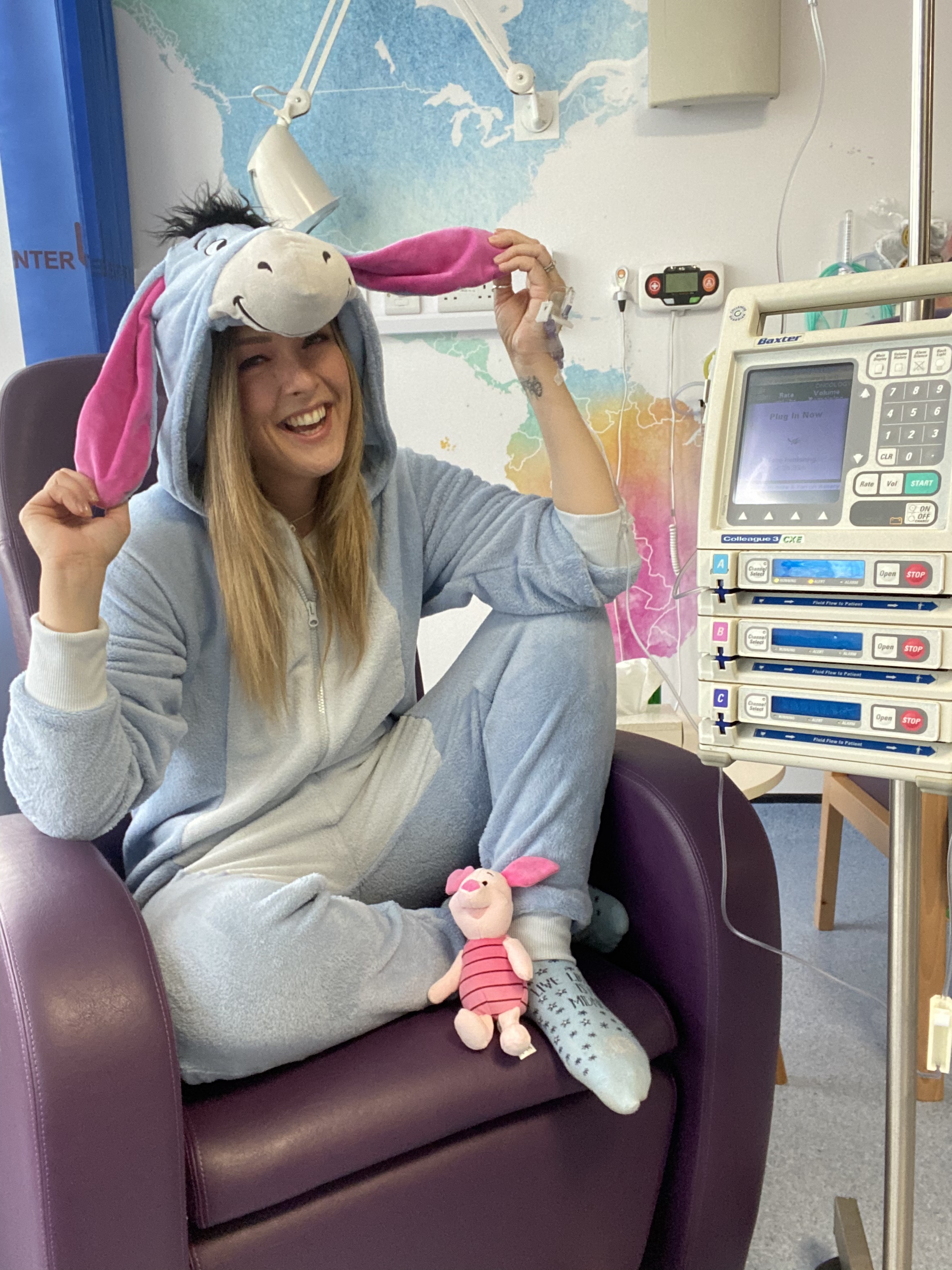 “It took me a really long time to deal with that.

“If you can imagine your whole world gets flipped upside down and you’ve got to immediately learn what your new life is going to look like.

“You have to go through this grieving process, where you thought you were going to grow old, have kids and lead this normal life that everyone has and all of a sudden you’re thrown into this massive boat with a load of other people that you didn’t even know existed.

It’s so strange, but still to this day no longer having the chance to be a mother, that’s the bit that hurts the most

“You have to pick yourself up and work out what’s going to happen.

“I got to this point and it was like this massive realisation. The penny dropped, and I thought this [cancer] is my focus, this is what’s been missing all my life.

“It’s a really strange thing to say, that cancer gave me that drive to live. But I wasn’t living before.” 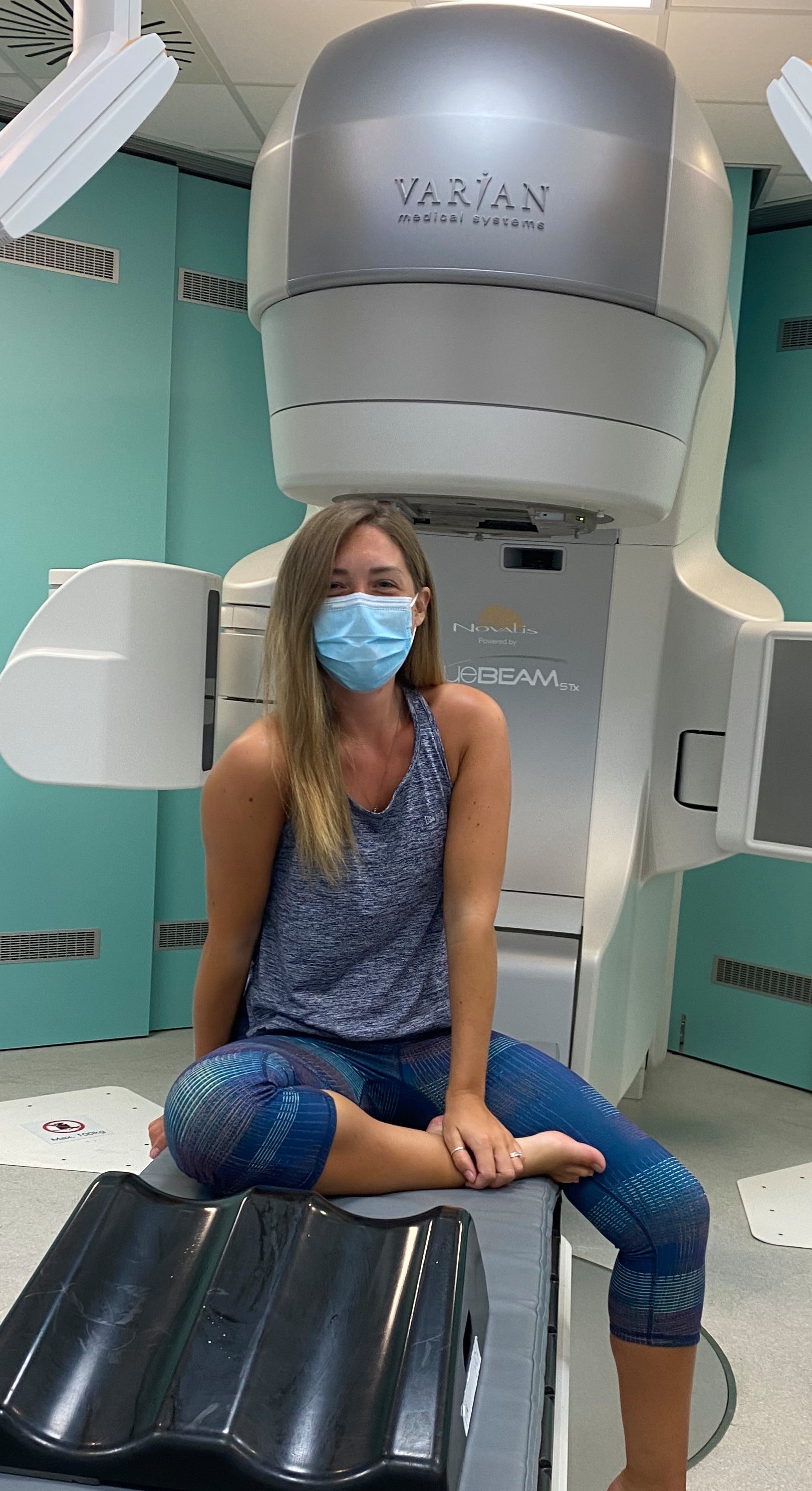 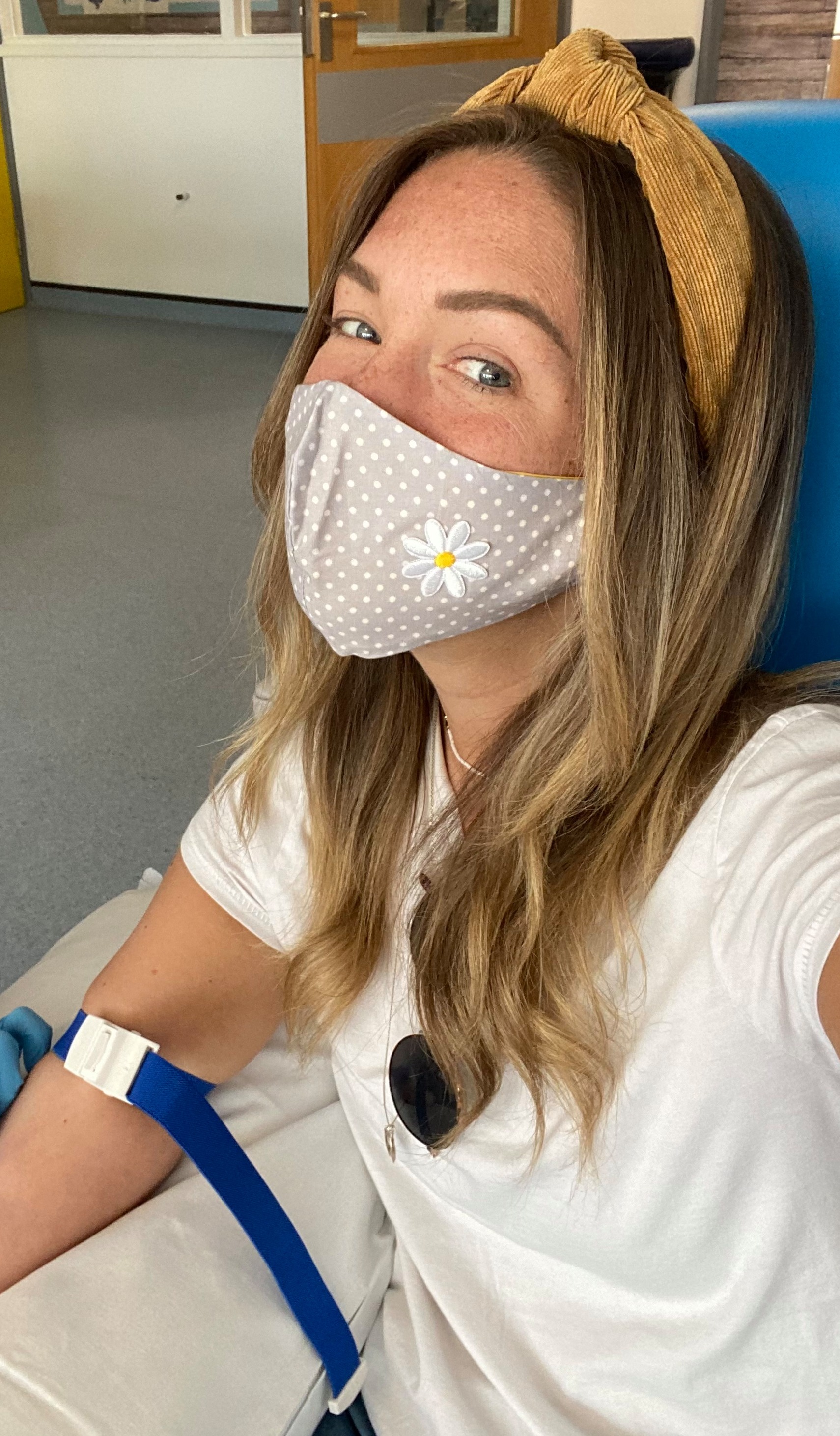 Nicky turned to social media where she started to share her story and now has more than 46,000 followers on Instagram.

“I want to provide hope to people that get diagnosed with this illness because you can live with it and I'm living proof you can,” she said.

“I’m three years into it now and the stats say the average lifespan is three to five years and I'm still here.

“I also want to educate people about what they’re looking for and to have the confidence to be able to speak up if they know something is wrong, because it’s too late for me but it’s not for everyone else.

“If I can save one person, what I’m going through is worth it.” 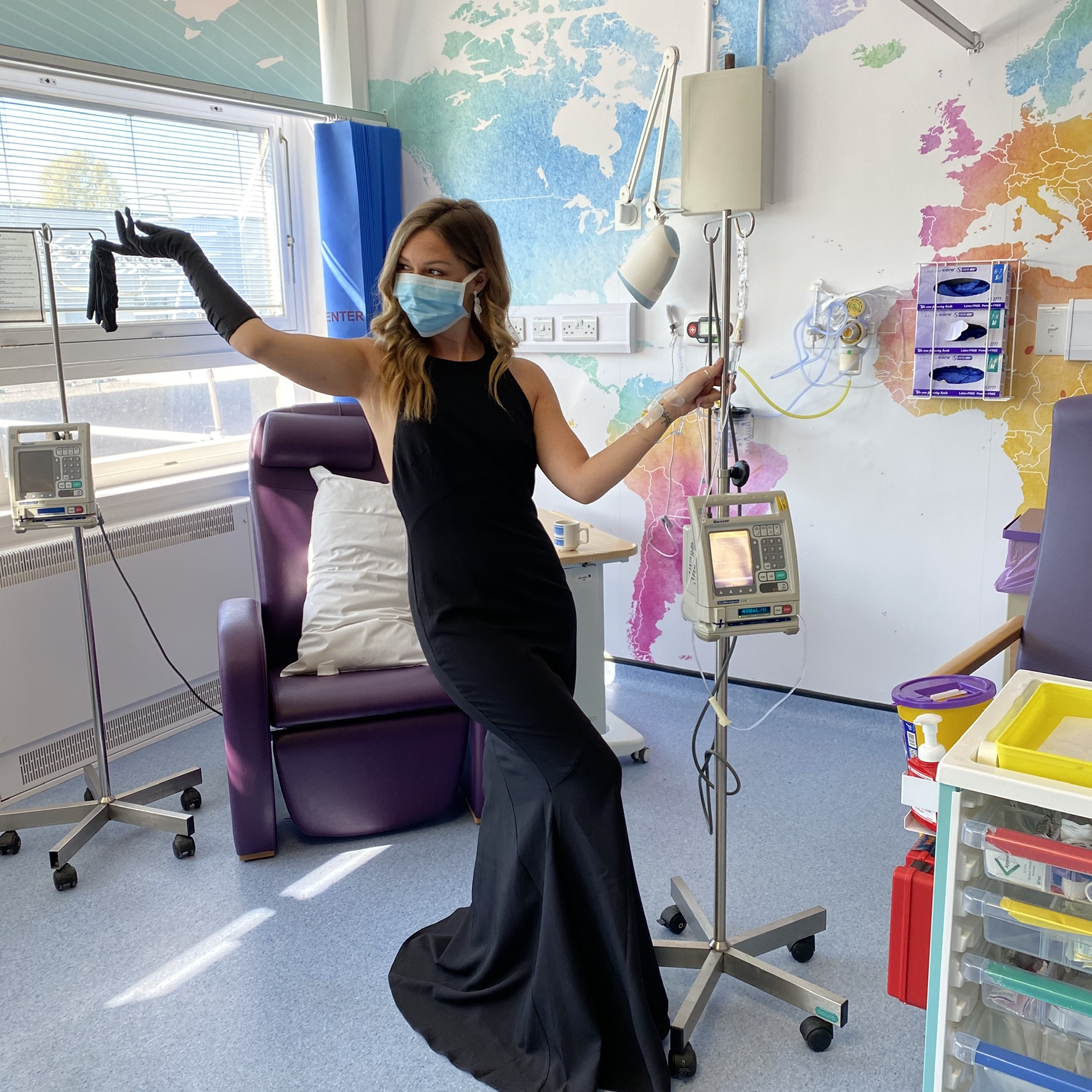 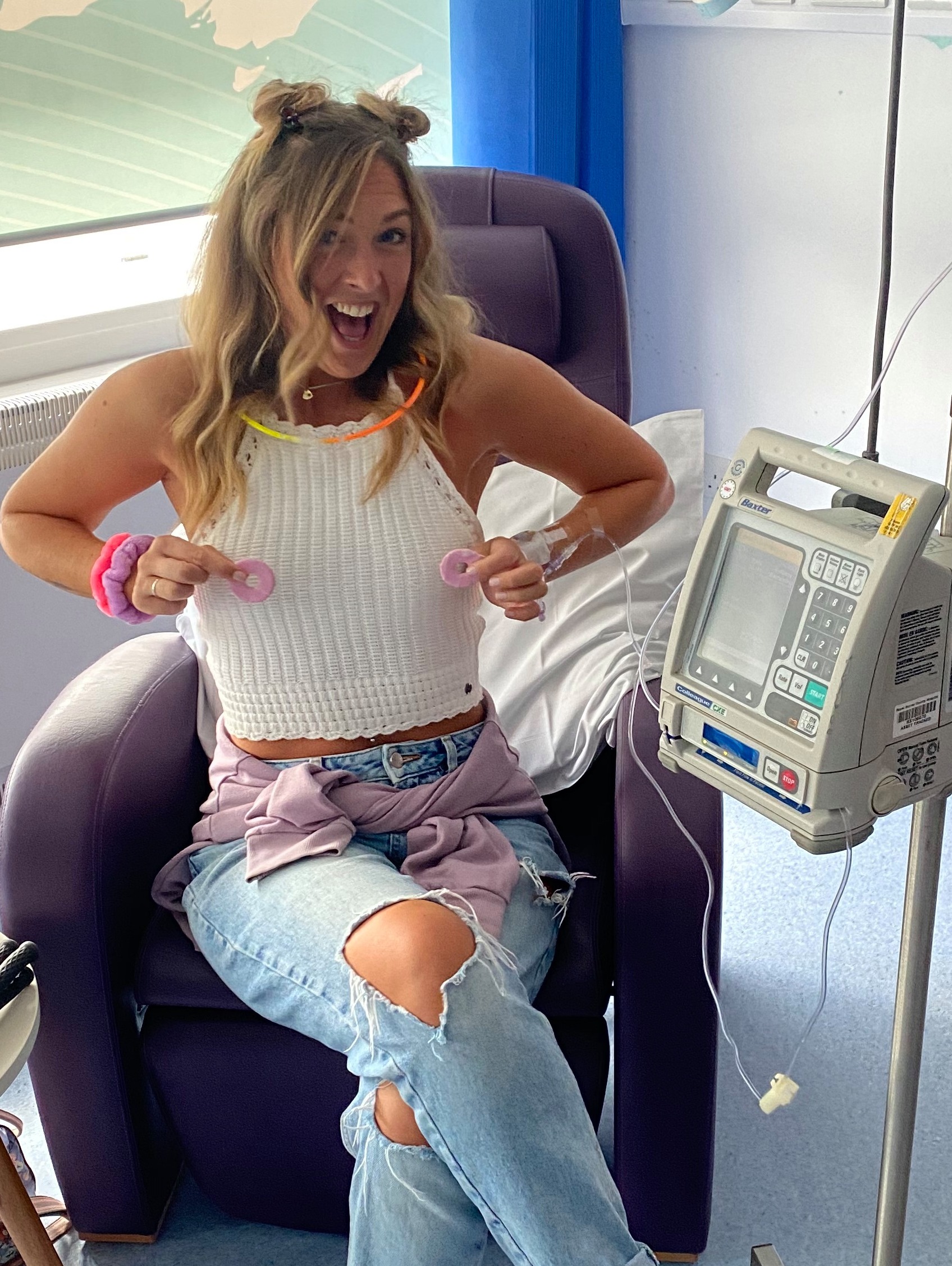 Nicky is supporting a new breast cancer awareness campaign which aims to highlight the importance of early detection and remind women to check their breasts regularly.

New research from CoppaFeel! has found that 67 per cent of women between the ages of 18 and 35 don’t regularly check their boobs.

The breast cancer charity has partnered with aromatherapy brand Scentered to encourage women to create a “Boob Squad” with six friends to talk boobs.

Lara Morgan, Scentered founder, said: “We’d love to see women of all ages get together with their Boob Squad in the park or the garden, in line with Government guidelines. 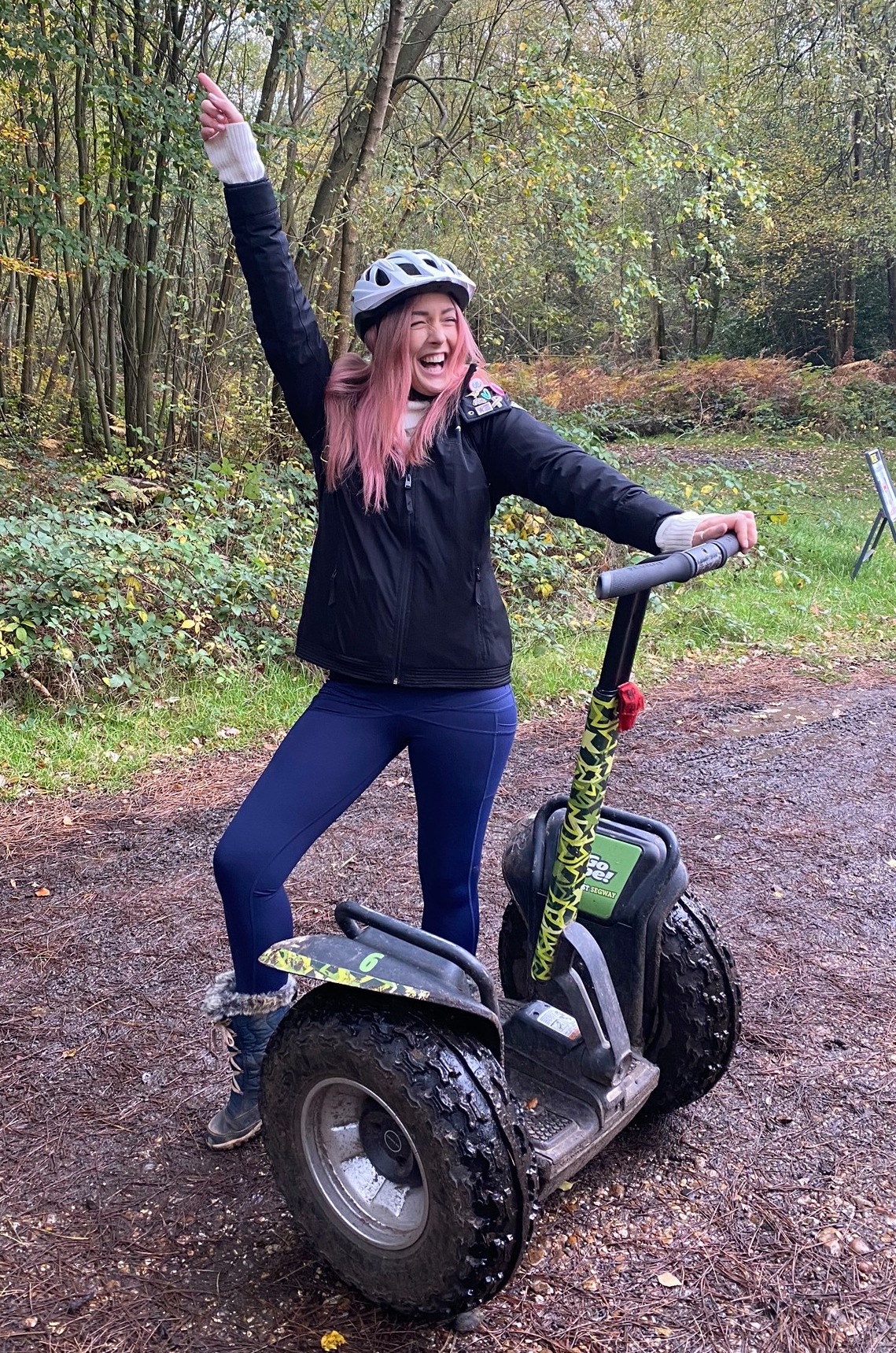 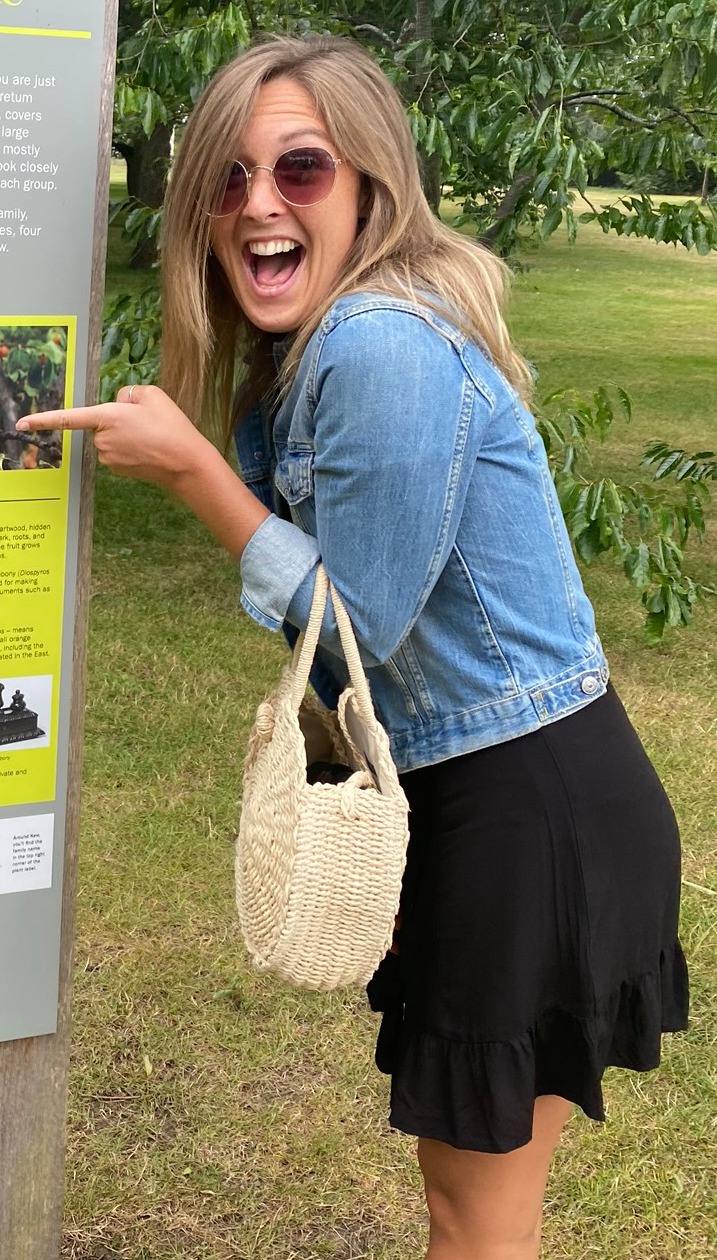 “We want them to make a commitment to remind each other every month to check themselves.”

As part of the campaign, Scentered have created a box with six mini aromatherapy balms which include CoppaFeel! stickers with reminders to check your breasts.

Jenna Chick, Partnerships Manager at CoppaFeel!, said: “In a year where we have seen an increase in our audience expressing that they would delay visiting their GP because of a fear of catching coronavirus and believing they are not a priority for the NHS, starting these important conversations about early detection could save lives.”