SCROLLING through Instagram on her lunch break at the beauty salon, Shannon Davies saw a post which would change the course of her life.

It was from an influencer, who'd recently returned from Turkey and was gushing about the results of her "package deal" surgery. 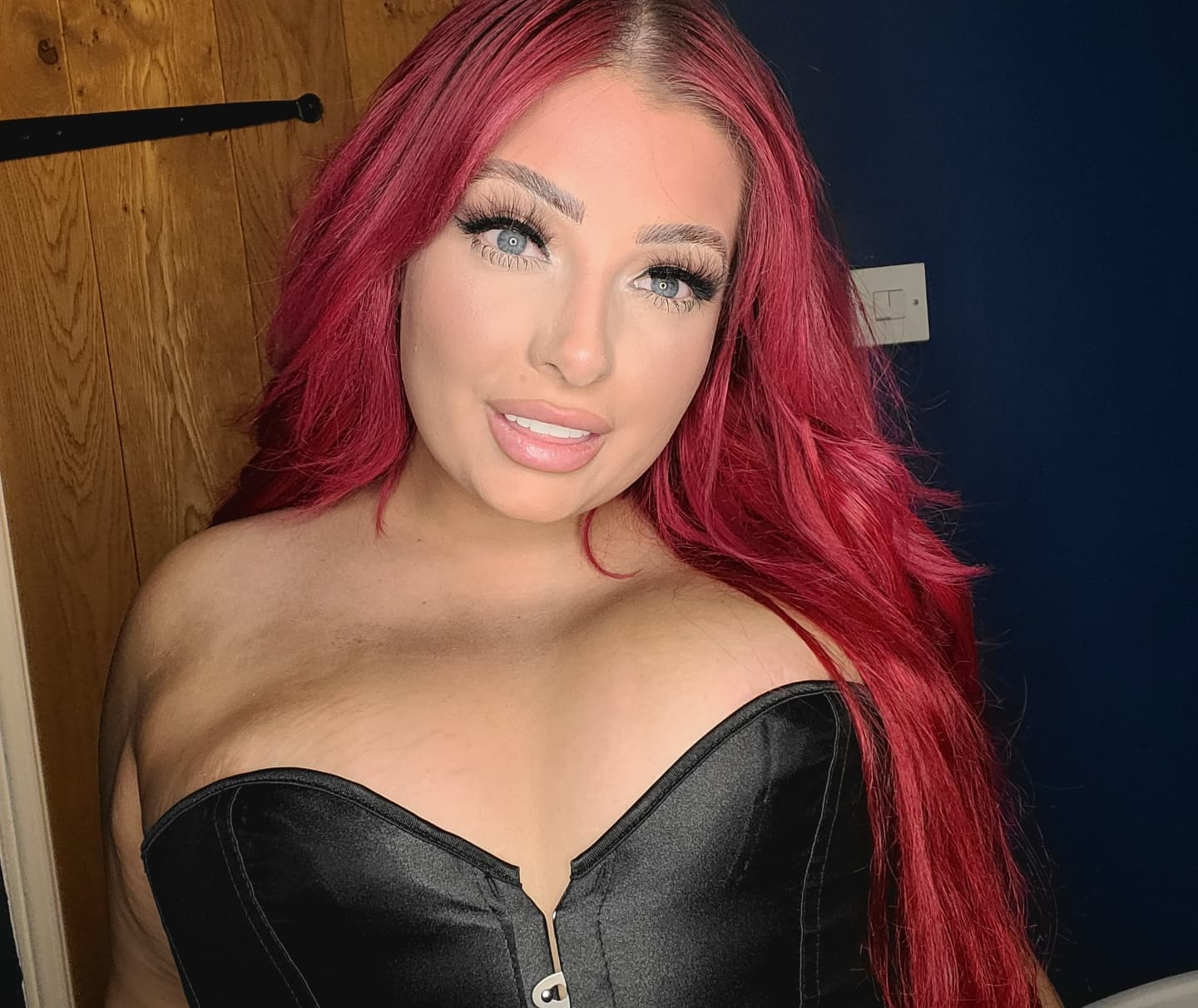 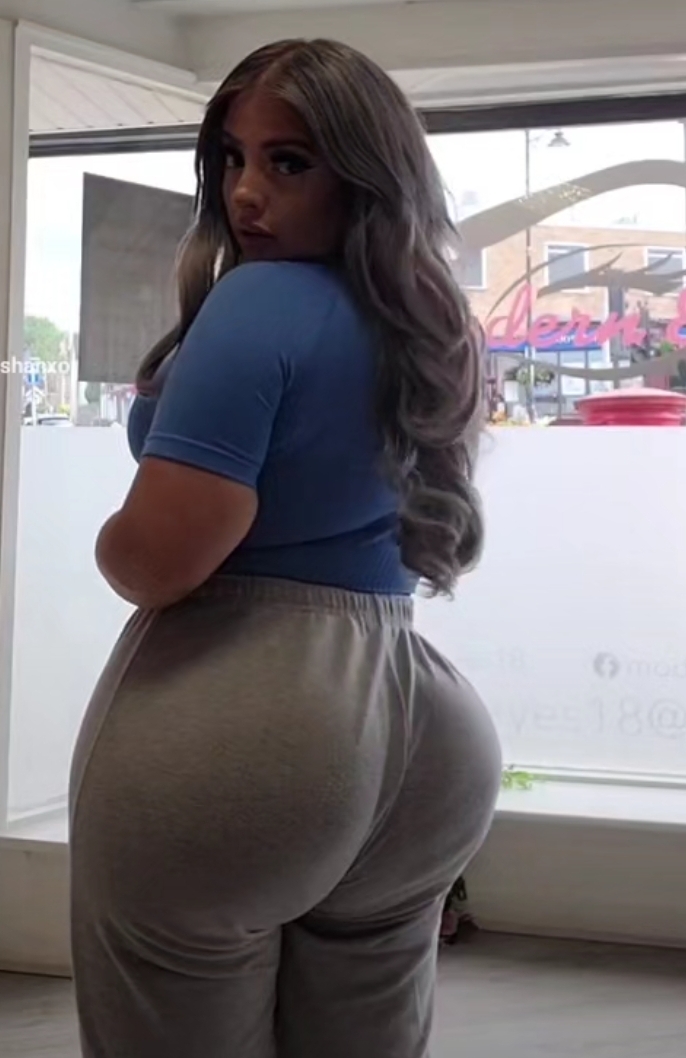 Five days later Shannon, now 25, was on a plane flying out for her own treatments – after spending £5,000 despite doing no research on the company.

The mum-of-one, from Pontypridd, Wales, was desperate to boost her "non-existent" rear and now has her dream 50cm butt.

But she is full of regret as strangers grab it without permission and constant catcalling has left her too scared to walk down the street on her own.

Shannon tells Fabulous: "I always wanted a big bum but now I constantly get trolled online, it's almost on a weekly basis.

"People say ‘your kid’s going to get bullied’, that I need a refund, ‘why did you do that to yourself?’ ‘you were so much better before’, ‘she probably only does this for her man’, ‘you’ve ruined your looks’ or ‘she’s got no self-esteem’.

"They also comment on my butt, saying 'it’s ugly’, ‘you look ridiculous’ or ‘you look like a wisdom tooth’, because my bum is so much bigger than my legs.

"Somebody once said they wanted to burn my body alive to see how much plastic would come off. At the time I was pregnant, so that really made me sad.

"All my clients comment on my look too. They’ll say ‘oh you’ve got such a big bum, lucky you’, but you can tell from their faces they're not being sincere.

"When I walk down the street, everyone’s watching. I get wolf whistled by men in vans, sometimes I get abuse shouted at me, with people yelling ‘what the f*ck is that?’

"On nights out, people touch my bum without asking. Or a group of girls will come over and say ‘we’re having a bet, have you had your bum done?’

"It all makes me feel really self conscious. I have a TikTok account and I like showing off my bum on there, because it annoys people.

"But I put on a persona online. In reality, I hate all the attention.

"I work in a salon and there’s a pub across the road from me. I actually wait until there’s nobody there before walking to my car, so I don’t get shouted at and nobody looks."

People say ‘you look like a wisdom tooth’, because my bum is so much bigger than my legs. Somebody once said they wanted to burn my body alive to see how much plastic would come off

Shannon has a one-year-old son called Gussy with her partner of nine years, a 27-year-old Wetherspoon manager who she met through Instagram.

She first went under the knife in 2018, aged 21, and has now had four boob jobs, four Brazilian butt lifts (BBLs), a tummy tuck, liposuction on her arms, legs and back, Botox, teeth crowns and four lots of lip fillers. 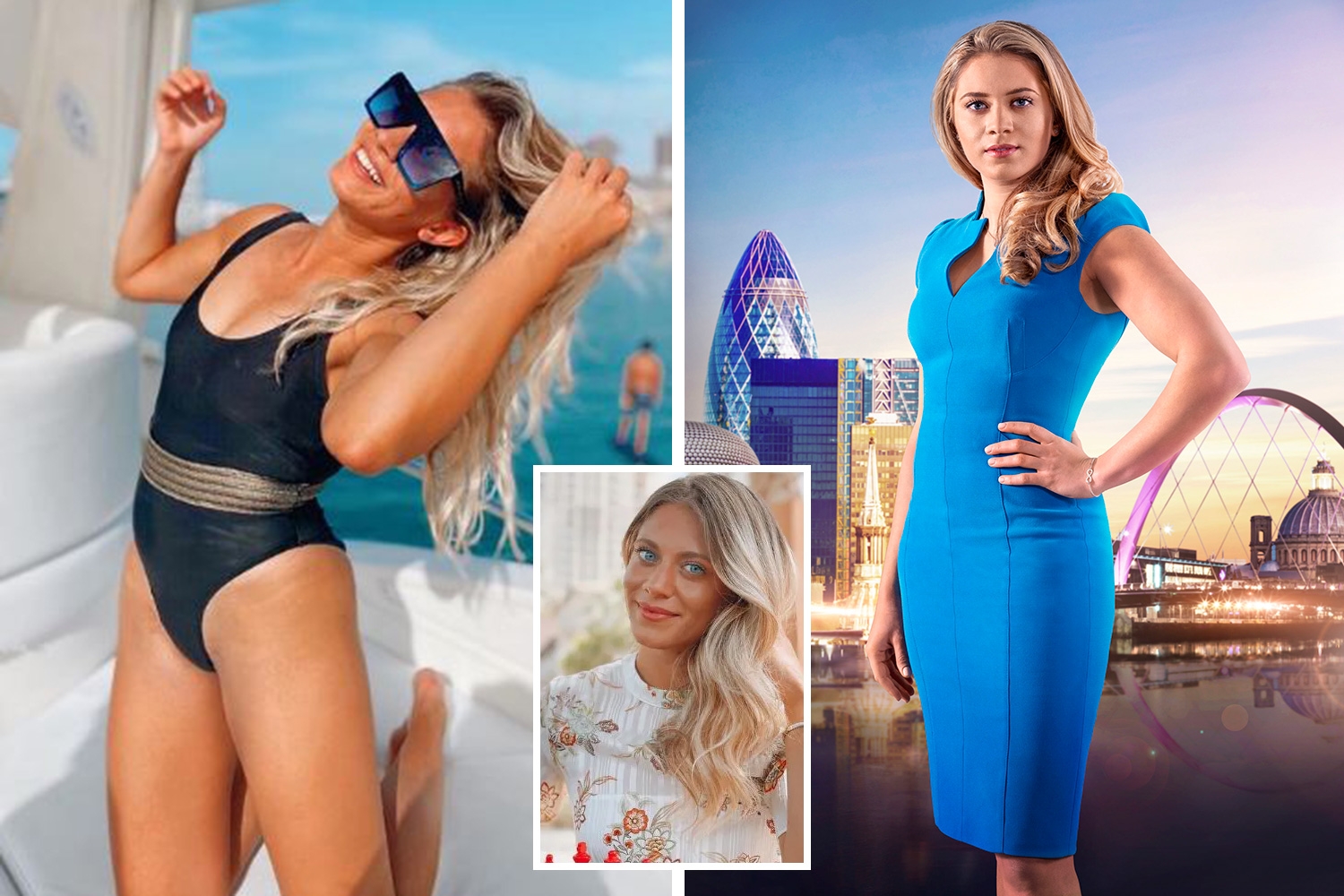 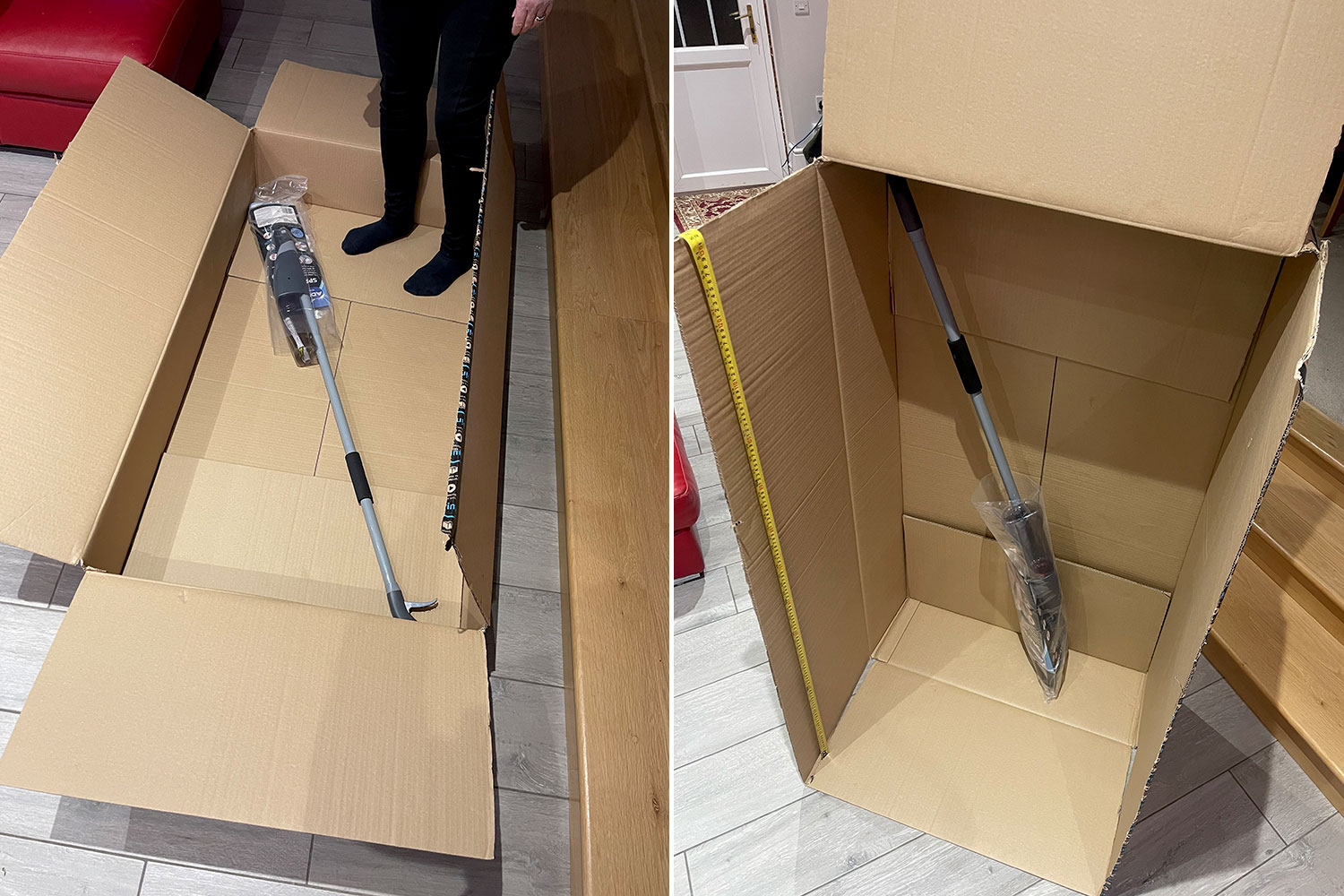 Shannon says: "I saw a post on Instagram about cheap surgery, it was a British influencer who went to Turkey and had her boobs done.

"I thought ‘I’ll click on that because it looks really cheap’. There were loads of package deals and I thought ‘oh my God, I want it all’.

"I paid £5,000 for a package which included boobs, a Brazilian butt lift and seven areas of liposuction.

"I’ve spent over £30,000 in total. My partner helped me pay the first time, but I've since opened my own salon, specialising in fillers and microblading, so it’s all been self-funded." 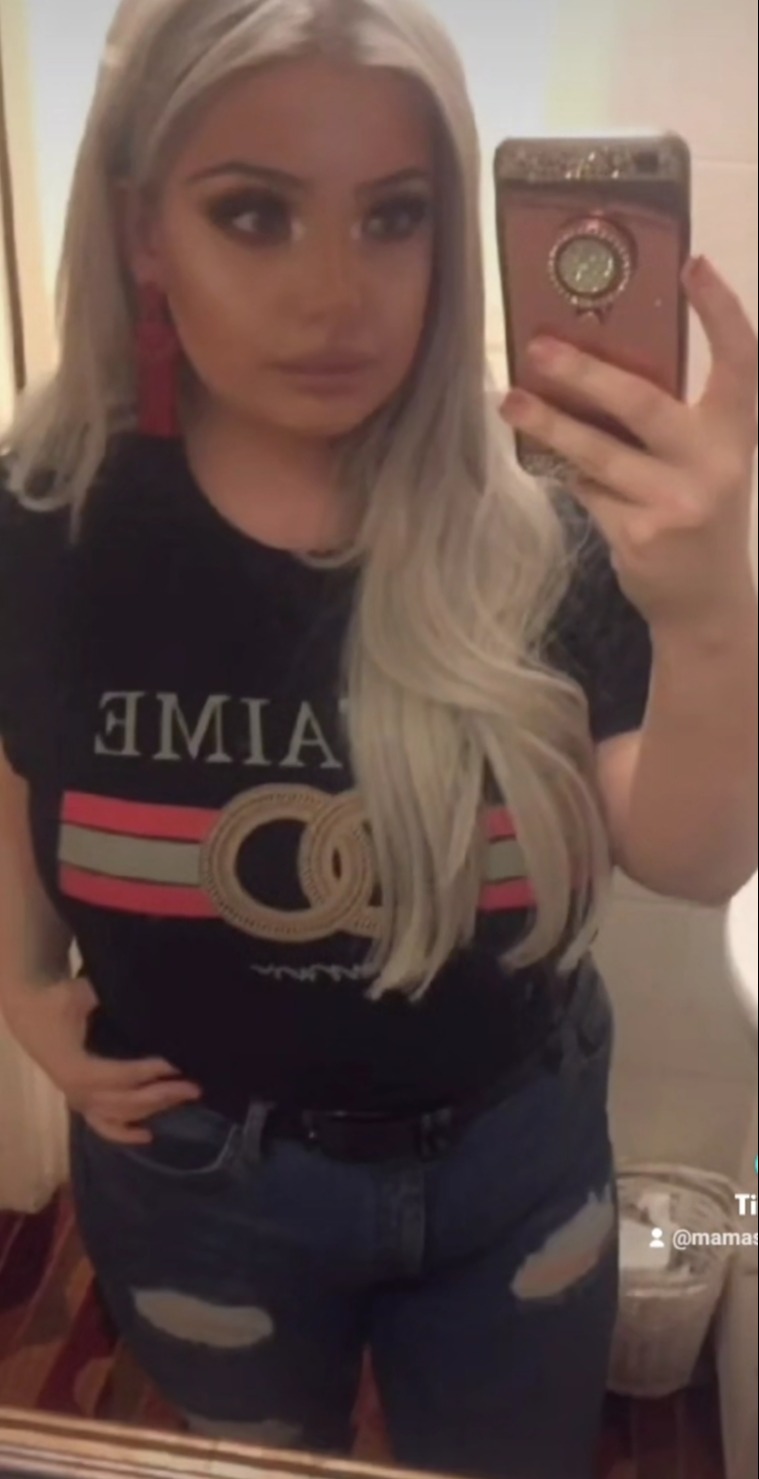 But as the original surgeons made it too big, three of the four operations have been trying to fix their work.

She says: "Before, I had a really small bum and my back was really big, so people often used to think my back was my bum when I was wearing clothes, which was really embarrassing.

"Unfortunately the operation went wrong and the surgeon ended up filling in my back, he tried to make the bum higher and it didn't work. My skin couldn't hold the fat so it went into the side of my legs and started forming lumps and dents.

"I went from absolutely no bum to something crazily big, so my skin couldn’t handle it and the fat started to sag.

"I went back in 2019 for a correction. They said they were going to make it smaller, but they ended up putting in more fat to fill the dents and sculpt me.

"Afterwards, bits of fat were protruding out the side of my hips. Now my bum is 50cm, which is crazy. You see me from the front and I look normal, then I turn around and it's in your face."

On nights out, people touch my bum without asking. It all makes me feel really self conscious. I work in a salon and there’s a pub across the road from me. I actually wait until there’s nobody there before walking to my car, so I don’t get shouted at and nobody looks

In October 2019, Shannon returned for a third BBL, with a different surgeon, who she says "ripped her off" and left her bum looking the same.

In June last year, she had her fourth op with another surgeon and was happy with the results. But she is planning a fifth butt lift, to get her rear "rounded off" as it's "still a bit misshapen".

She says: "My partner absolutely loves my bum. We both like the dramatic look but I think some other boys wouldn’t like it.

"The trolling comments bothered me more before my correction. Because I’d think like ‘yeah I agree’ and it would make me really sad and depressed.

"But now my bum is better and I feel happy in myself, I just laugh at the comments, I don’t mind. Everyone has their own opinions and they’re entitled to their’s, as nasty as they are.

"I also get a lot of comments saying ‘you probably grew up rich, you had a silver spoon in your mouth, I bet Daddy pays for all of your surgery’.

"But in reality, I grew up on a council estate with not much money at all. I got my mortgage at 21, from just working hard since I was 16.

"Everyone sees me and judges, thinking ‘she’s probably a bitch’. I’ve had customers say ‘I was scared of you because I thought you looked quite intimidating but you’re actually really nice’.

"That makes me sad, because I don’t want people to look at me and think ‘she’s unapproachable’ just because I've had work done." 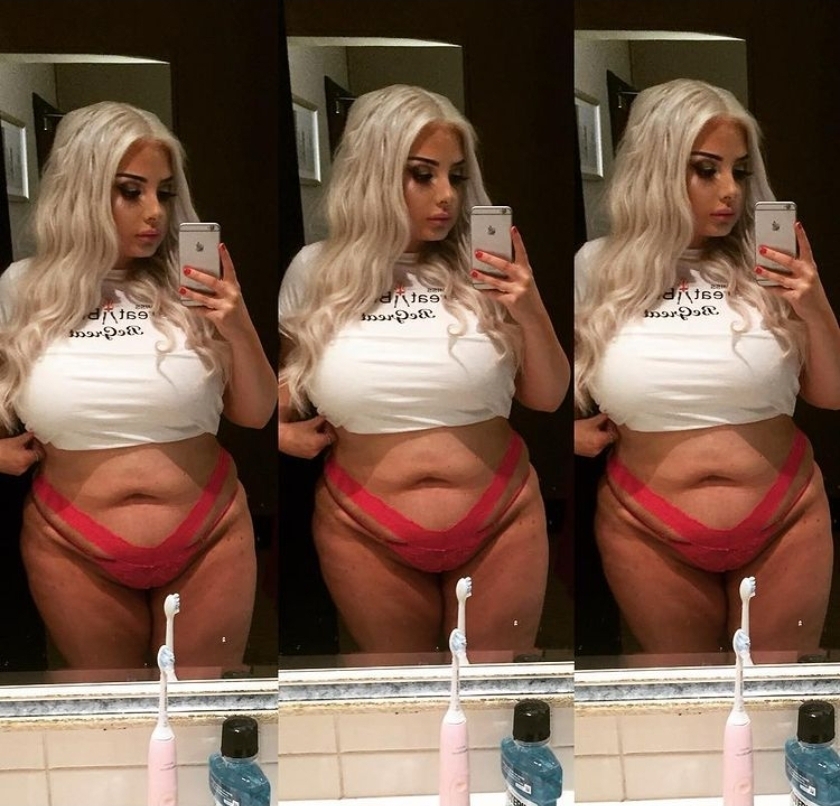 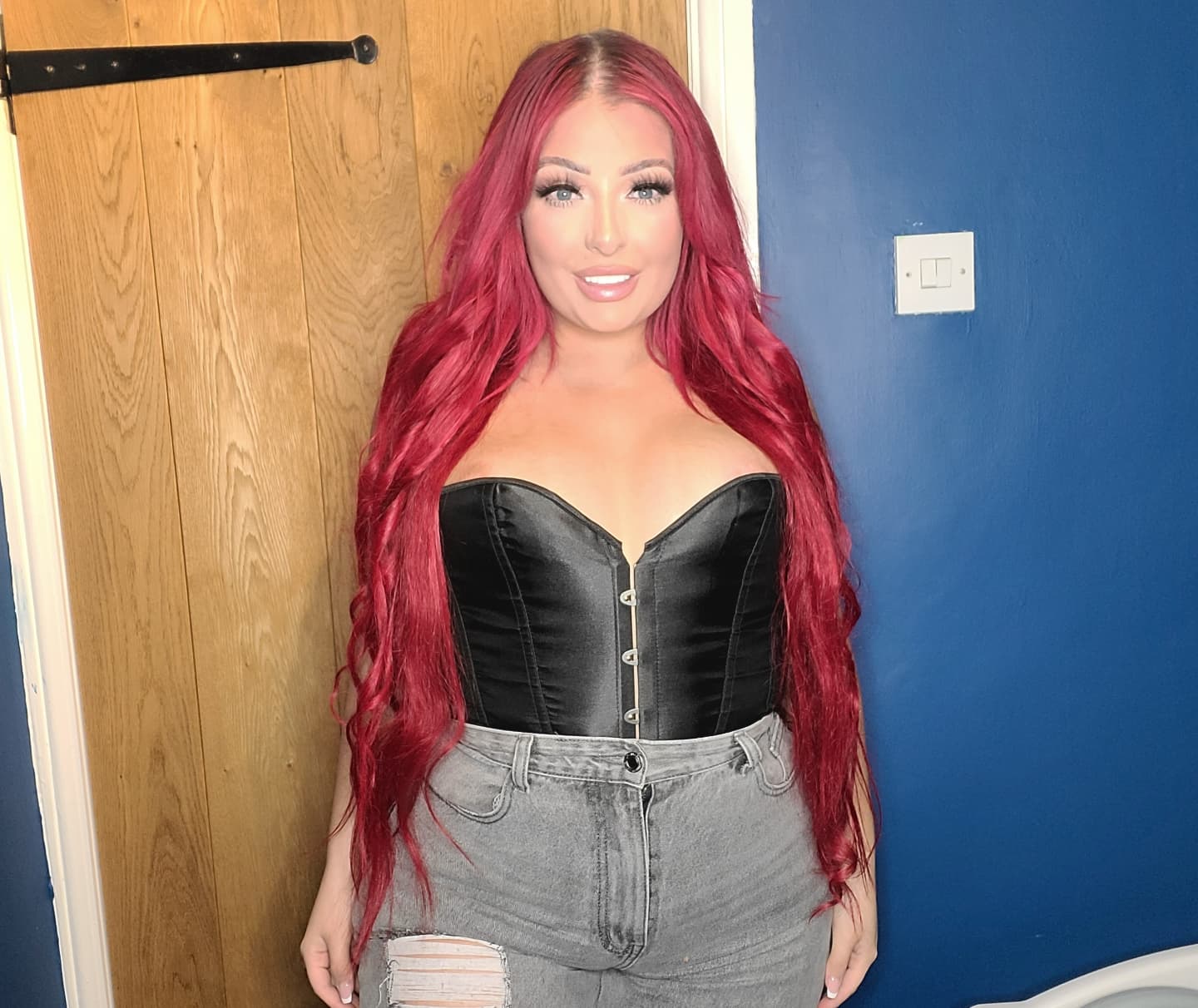 A Brazilian butt lift is a type of surgical fat transfer – where fat is moved from one part of the body to another.

In the UK, a single op costs between £2,000 and £8,000 – meaning many Brits leave Europe for cheaper surgery, but these clinics may not have the same safety standards.

"The main concern is that the injected fat can cause a blockage in a blood vessel in the lungs (pulmonary embolism), which can be fatal."

The risks were brought into the spotlight when tragic Brit Leah Cambridge, 29, from Leeds, died following a botched BBL in August 2018.

She paid £6,500 for the op in Izmir, Turkey, and the damning treatment was revealed following an inquest in November 2019.

For Shannon, who'd already had three butt lifts by this point, it was scary news.

How to have surgery abroad safely

Surgery abroad often costs less than here in the UK, but you need to weigh up the risks.

No surgery is risk free, but overseas clinics may not provide the same follow-up treatments as here in Britain. Aftercare is an important part of the treatment.

The NHS advise being especially cautious of websites selling cosmetic surgery as part of a holiday.

If you do get a holiday package, make sure you have your consultation with the surgeon, not a sales rep, and don't pay for a hospital you haven't seen or a doctor you haven't met.

Do your research, find out what insurance the clinic has and if it will cover you if something goes wrong.

You should have two consultations before the op, and a two-week 'cooling off' period to think it through.

Air travel and major surgery increases your risk of a blood clot. Do not fly for 5-7 days after surgery like boob jobs or lipo, and for 7-10 days after facial ops or tummy tucks.

She says: "It is worrying. I've had health issues from the surgery so I get nervous every time I return to Turkey.

"I've had heart problems because they didn't weigh me before my anaesthetic, so I think they gave me too much, and now I have tachycardia – a fast rate heart.

"I've also contracted sepsis and I've got breathing issues. I live in a cottage and it's only seven or eight stairs to get upstairs, but I really struggle now.

"When I gave birth, there was added risk because of my heart rate and I ended up getting placenta previa (where a baby's placenta covers the mother's cervix, causing severe bleeding) which I think was because of all the scarring in my stomach.

"It was really hard for the bump to grow for a while, so I ended up having a C-section. Luckily my son was absolutely fine."

My partner absolutely loves my bum. We both like the dramatic look but I think some other boys wouldn’t like it

But Shannon says she needs to take the risk to fix the damage already done.

She adds: "I have enquired about getting corrections done in the UK but a lot of surgeons have said 'no' to even doing liposuction on me, because they don’t want to touch it.

"I'm so determined to get my bum corrected that I can be a bit ignorant to the risks. I want it to be perfect now.

"I do regret getting surgery. I kick myself about it sometimes, but there’s nothing I can do about it now, I’m just trying to get my health better.

"Before I'd get lipo and then think 'I can eat what I want'. Now I'm focusing on going to the gym three times a week and having a good diet, little things I can improve." 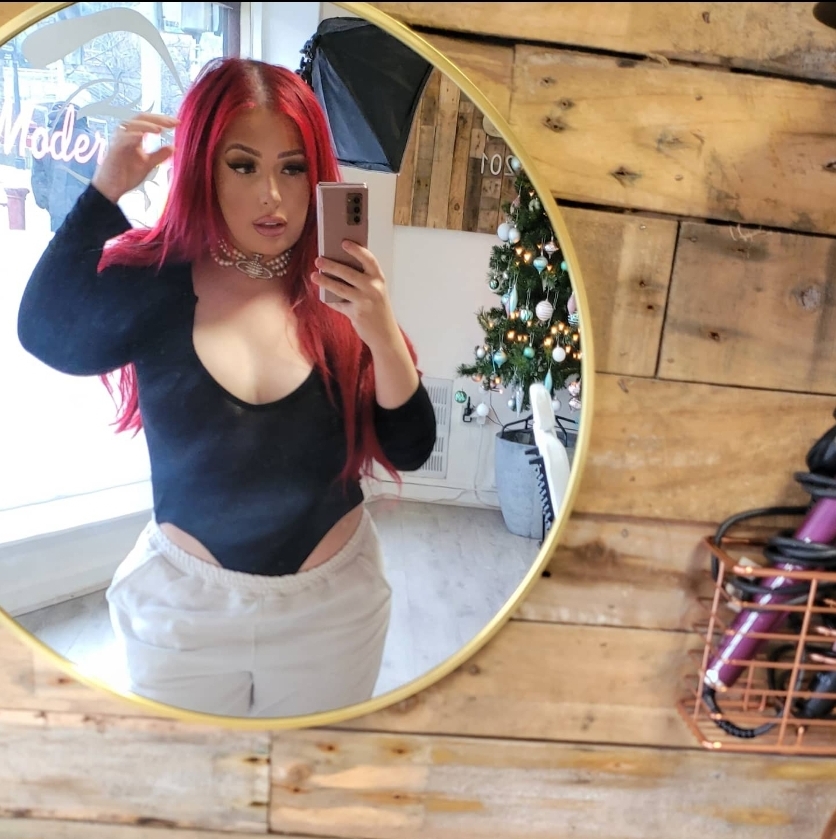 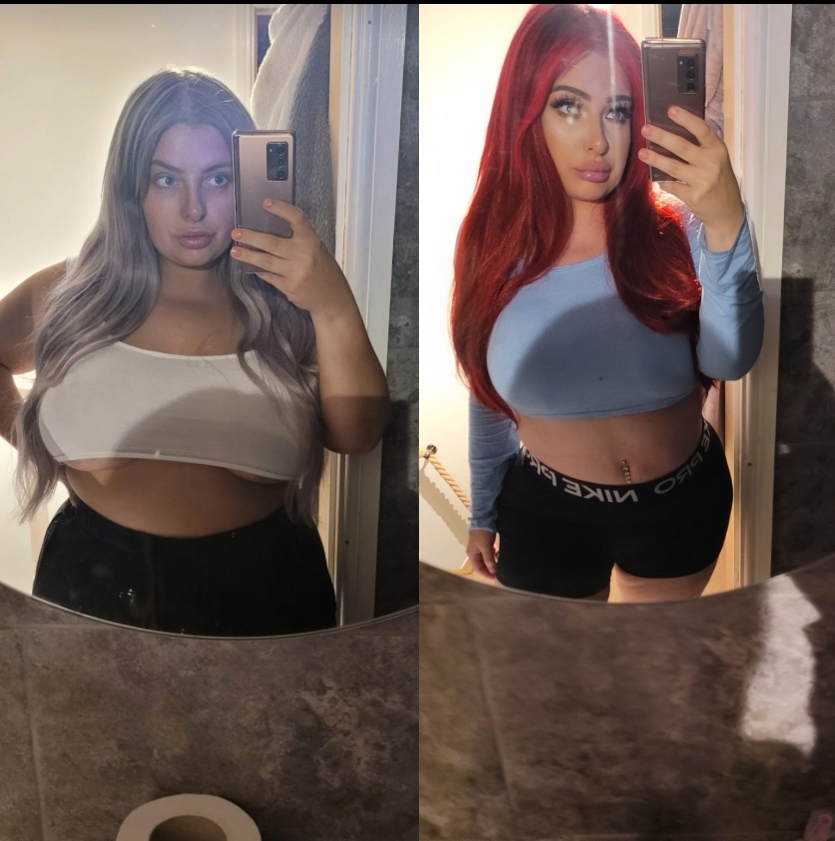 Although Shannon wouldn't "discourage" other girls from travelling to Turkey for surgery, she urges them to do their research.

She says: "There's a group of girls who've had it done now which there wasn't when I first went, and to be honest I didn't do any research, which I should have done.

"I literally saw it on my lunch break, went home, told my boyfriend I wanted it done and was there within five days. I didn't know anything about the company, I just saw an influencer had got it done and that was it. Now I get a lot of girls asking me who I'd recommend.

"Make sure you're very clear with the surgeon. Some girls get intimidated by the surgeon saying they're going to do this and that, they're too scared to speak up, but it's your body.

"So be careful, do your research, speak to other girls and bring a mood board with you if you have to.

"Be really persistent that you don’t want it any bigger than a certain size, maybe even take a measurement with you. It’s just about being careful."

We previously spoke to another woman about the perils of having a 43 inch "bubble butt".