AS Beyoncé and co celebrate their milestone birthdays, we speak to three readers about their experiences of hitting the big 4-0.

Paula Stewart, 40, lives in Liverpool and runs her own animal talent agency. 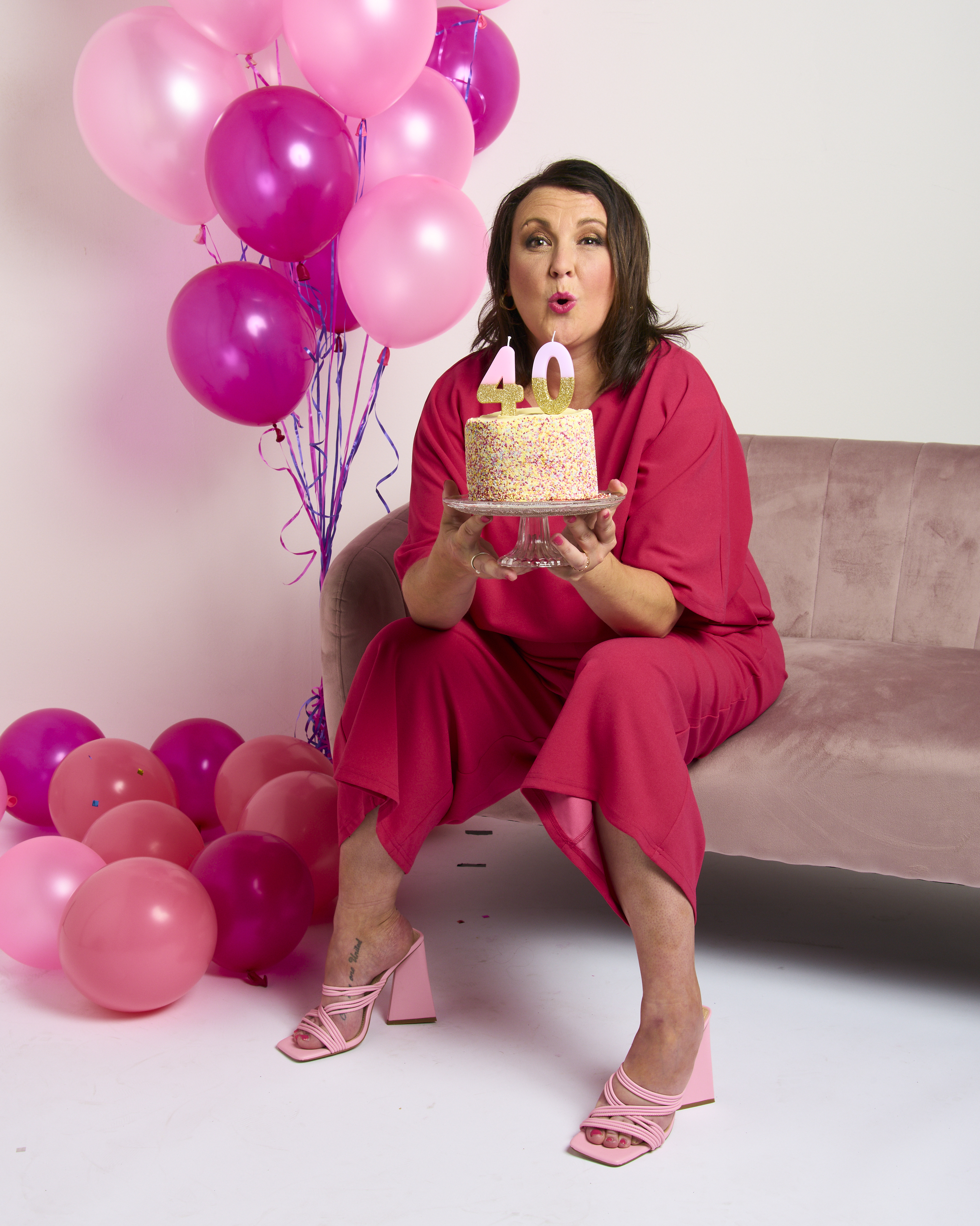 “Standing in front of the bedroom mirror, I smiled to myself, excited about going on a date with Laura*, a woman I’d met online.

In March 2020, I’d come out of a stale nine-year relationship, lost 1st 7lb, ditched a job where I was undervalued, and started dating women for the first time in my life. And I’d never been happier.

I’ve never felt broody, and I was 15 when I first told my mum Pat, 71, I didn’t want children. She said I’d change my mind, but I never have, and after my sister Petra, 36, had kids, Mum’s come to terms with my decision.

I adore my niece Jessica, five, and nephew Cody, 20 months, but I also love handing them back!

Knackered from 14-hour days as an animal talent scout for TV, too busy to exercise or cook anything healthy, I resented him as I felt he wasn’t pulling his weight. We had a lot of rows and our sex life dried up. As I got closer to 40, I realised I couldn’t carry on.

Last spring, things came to a head. A week before lockdown, I walked out of my job and told Tim it was over. I overhauled my whole life, living off my savings while I set up an animal talent agency.

Full of new-found confidence, I set up a dating profile. I’ve always known I was attracted to women, but I’d never explored it. I was pretty nervous on my first couple of dates, but I soon relaxed into it.

Dating women definitely raised some eyebrows, but my family have now got used to it. I’ve had a couple of really great connections with women, and I call myself bisexual.

My parents are divorced and I nursed my dad through terminal cancer in 2013, and I sometimes worry there’ll be no one to do that for me. But even if you have kids, there’s no guarantee.

Changing my life at 40 has been incredible, and I know it would have been a lot harder with kids around.”

Lynsey Carratt, 40, works in PR and lives in east London with husband James, 40, a software engineer. 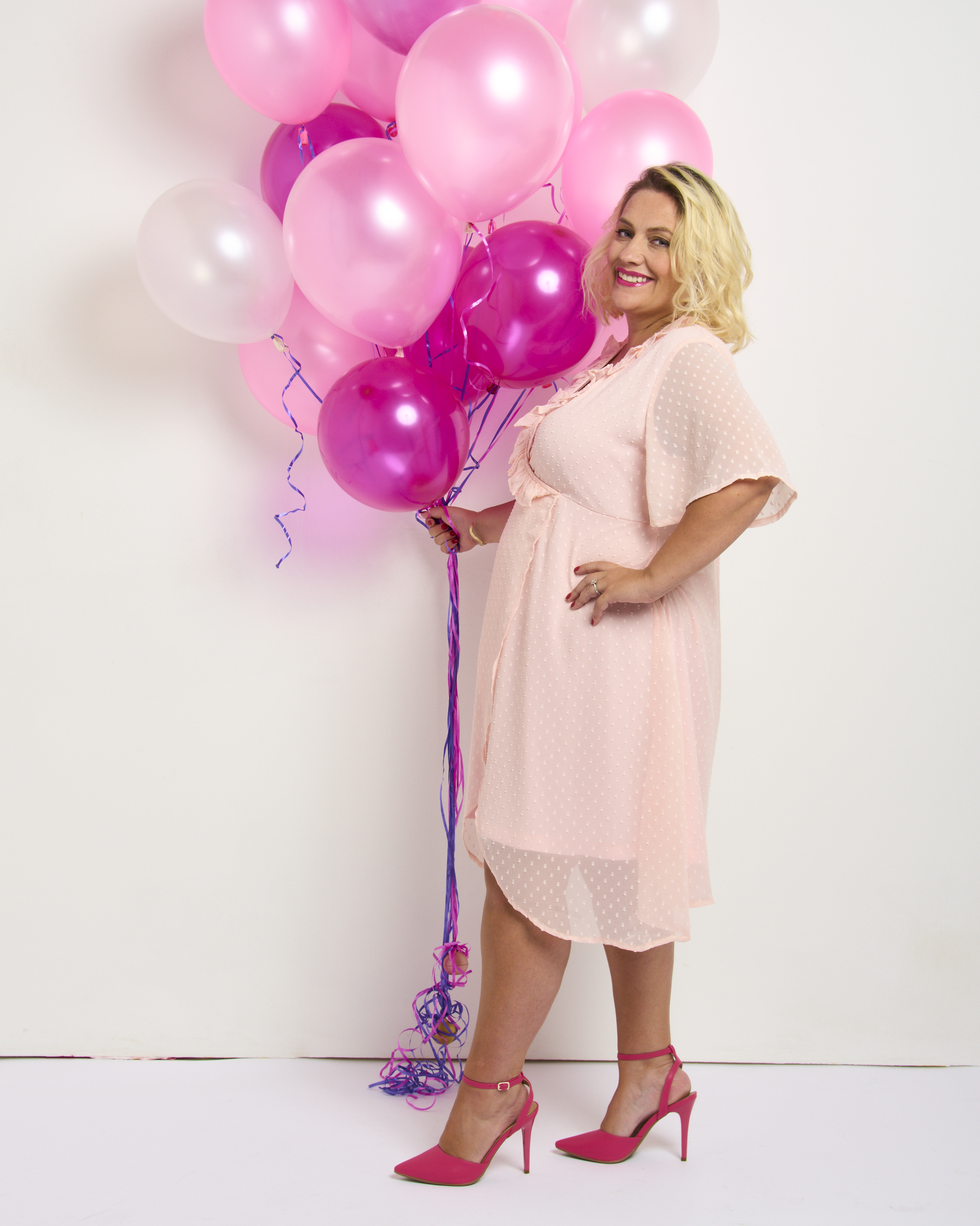 “Watching as two lines appeared on the pregnancy test, I hardly dared to breathe. I’d turned 40 two weeks earlier, on April 14, after struggling to get pregnant for two years.

My 40th birthday had been a boozy blowout, taking the focus off conceiving. How could it have finally happened without us even trying?

When my dad Stewart, 75, was diagnosed with dementia in 2015, it made me start considering babies for the first time, and a month after James and I married in August 2019 we started trying. For six months, every time my period arrived, I was gutted.

In February 2020, my GP referred us to a fertility expert, but then the pandemic struck. It was unbearable, feeling like the clock was ticking and everything was on hold.

After the first lockdown, we paid privately for a fertility MOT. I was told that my egg count was low due to my age, but I should be able to conceive naturally.

We carried on trying without luck, and at the start of this year, I had an appointment with my GP to discuss IVF. I was furious when he said: ‘You want a baby? But you’re nearly 40!’ before reluctantly referring me.

There, I was told that women in my borough of London are entitled to three rounds of IVF on the NHS pre-40, but only one after 40. It was just a month until my 40th, but as long as I started before then, I’d get the three.

But there was another problem: because my BMI was 31 and the cut off on the NHS was 30, I wouldn’t be eligible – unless I lost a stone in a month. I cried on the way home, vowing to lose the weight, although I knew it would be so hard in such a short time.

Over the next three weeks, I lost 8lb with a diet meal-delivery service. But I went off the rails for my 40th with champagne and cake, because it was the week that Covid restrictions finally lifted.

With one week left to lose 6lb, it felt impossible. I was disappointed and knew I would have to settle for just one round of IVF, so I didn’t go back to the clinic before my birthday.

Two weeks later, I started to feel exhausted and had strong cravings for Cheesestrings. Not daring to hope I was pregnant, I took a test anyway and sobbed with joy when it was positive.

James was thrilled, but I began to feel anxious when my midwife said I should consider having an invasive test because of the higher chances my baby has a genetic or chromosomal condition, due to my age.

But, thankfully, blood tests have shown the baby is low risk and I haven’t needed the test.

I’m now 18 weeks pregnant and the baby is due in January. I’m not worried about having the energy to run around after a child, because I feel healthy. I was planning to treat myself

to Botox for my 40th, but now I’ve set that money away for a pram! I’m glad I had time to travel and enjoy life before having kids, plus our income is a lot more stable now.

My big regret is not knowing whether my dad will live long enough to meet my baby, but I’m just so thankful to be pregnant, no matter what my age.”

﻿‘After my divorce my life got better and better’

Rachel Allen, 40, is a social media expert and lives in Milton Keynes with her son Lewis, eight. 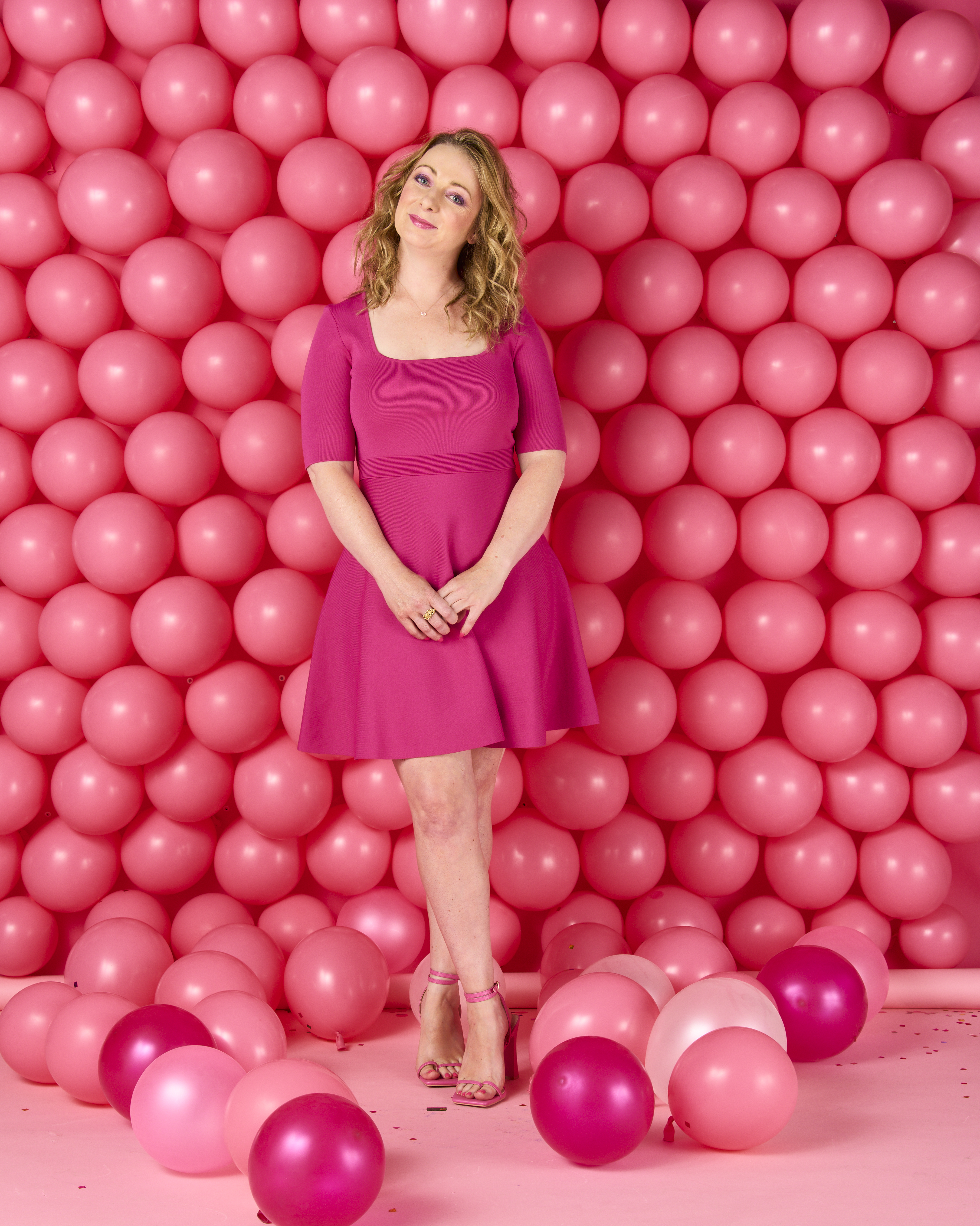 “Trying my hardest to stay upright on my paddleboard, I grinned at my son Lewis. This wasn’t how I’d imagined spending my 40th – as a single, divorced mum – but I wouldn’t have changed it for the world. Though it can be tough, life has got better and better since my divorce four years ago.

But soon the wheels began to come off. Over time we became so different: I was a lot more sociable, and it would often feel like I was dragging him out.

He liked to sleep late on weekends, while I would get up with Lewis and start the day. It caused rows and we both knew it wasn’t working.

We tried couples’ therapy, but all that did was show me it wasn’t the marriage I wanted it to be, and that I was always pushing for more emotionally than Rob was willing to give.

In January 2016, we started divorce proceedings. If Rob had pushed to make it work between us, I might have tried again, but I think we both realised it was over.

Four months later, Lewis and I moved out. My parents panicked, but I knew I was doing the right thing. I was heartbroken but also relieved. For a long time I felt like a failure and was afraid to do things on my own.

I got used to hearing awful stereotypes of single mums – I actually fell out with a friend after she made a comment about single mothers all being on benefits. But slowly, my self-esteem grew.

Lewis has a great relationship with his dad, and I love being child-free every other weekend. Rob and I co-parent well – we’re definitely better parents apart than together, and though I wouldn’t say we’re friends, we’re amicable. Rob has a child with a new partner, and I’m really happy for him.

In the lead up to turning 40, I was feeling rubbish about getting older. But losing a good friend to a brain tumour in 2017 made me realise how lucky I am to be fit and healthy, so I decided to embrace it.

I turn 41 next month and to celebrate I’m planning to walk on fire. It’s a day-long event where I’ll learn to overcome my fears and walk 10 metres over hot coals. I want to prove to myself that I can do anything. I’m a totally different person from the one I was when I was married.

I used to be scared to push myself out of my comfort zone, but now my life’s one big adventure. Whenever Lewis is with his dad, I love spending time by myself. I’ve done a course on confidence coaching and I’ve also got in touch with my spiritual side – things I never would have done before.

I’ve tried internet dating and haven’t met anyone who I want to share my life with yet, but it’s not my main focus. I don’t have any regrets about marrying Rob, because without him I wouldn’t have Lewis. I feel like life was meant to happen the way it did.”

*Names have been changed