A TANNING addict who started using sunbeds in high school has had to have 86 surgeries to contain her persistent skin cancer.

Lisa Pace, 43, was tanning every day by the time she got to university. 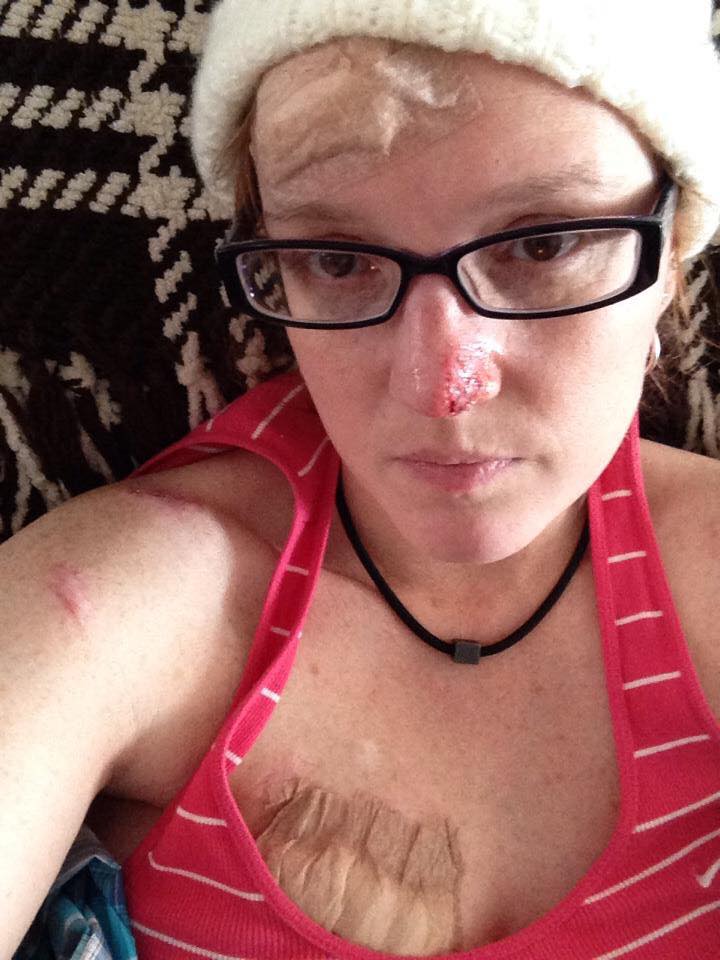 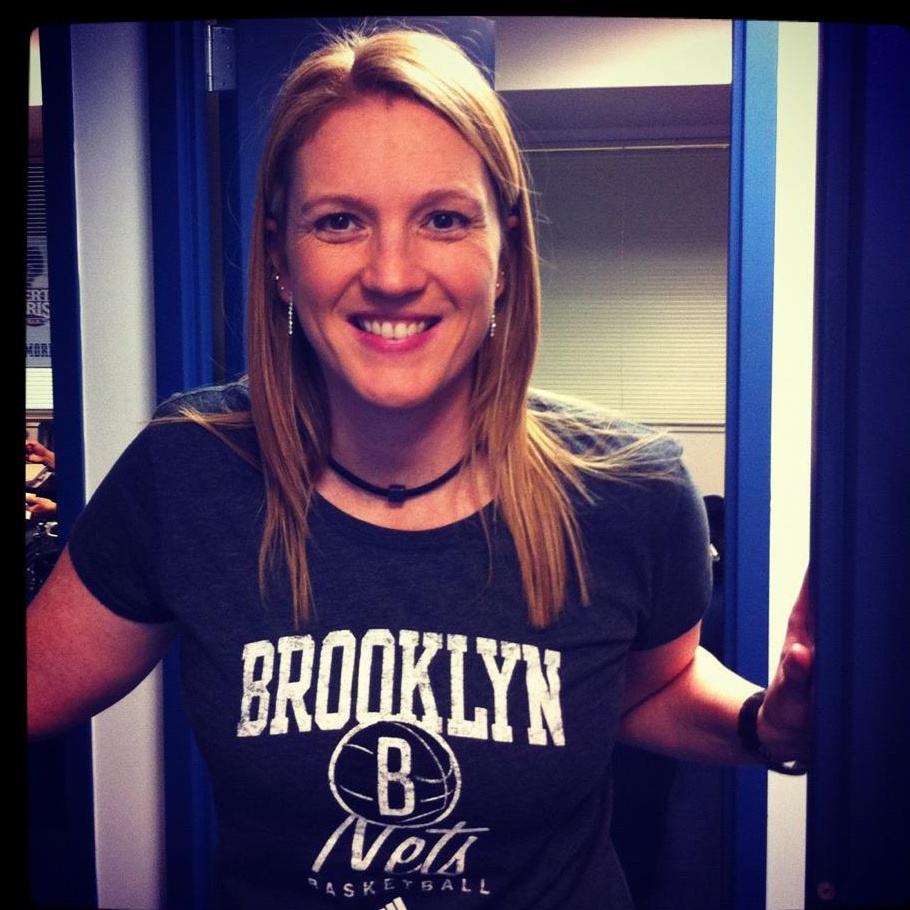 "I started tanning every day, or every other day", she told Today.

"It was addictive. People would say: 'You look so good, you look tan', and it just encouraged me."

She was first diagnosed with melanoma in 2000 aged just 23, after a routine health check led to her seeing a dermatologist.

They found that Lisa had some small light brown spots which they wanted to get biopsied.

And they found that she had skin cancer. 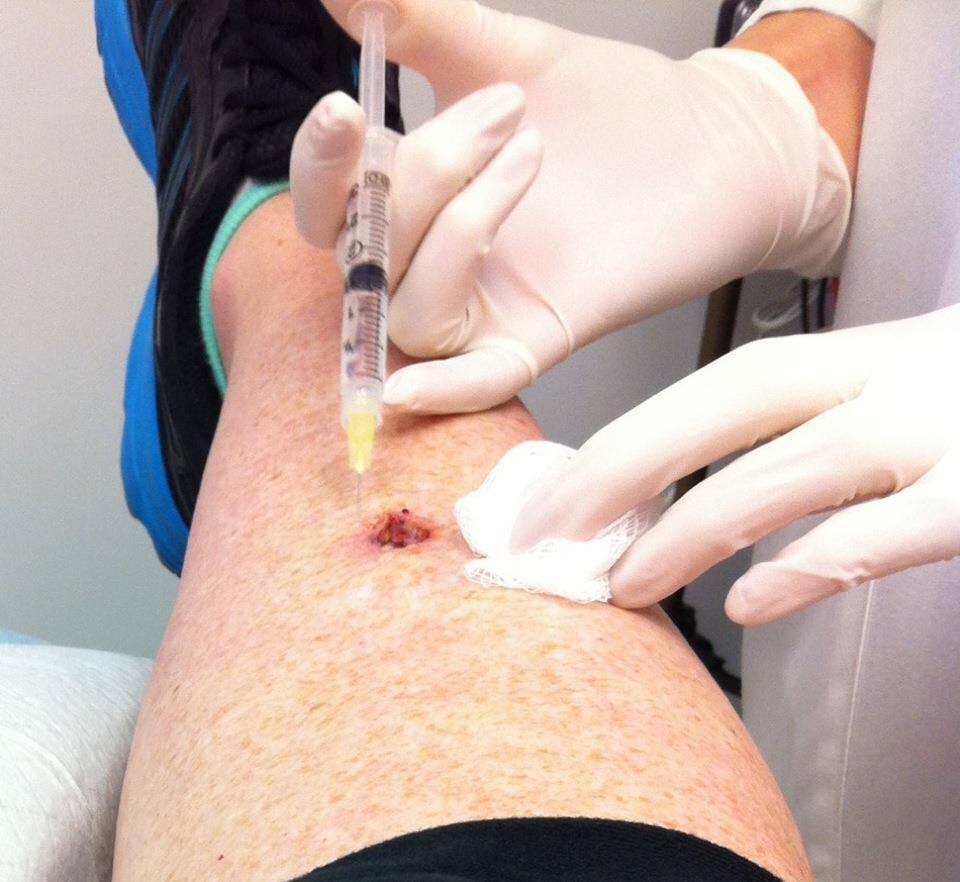 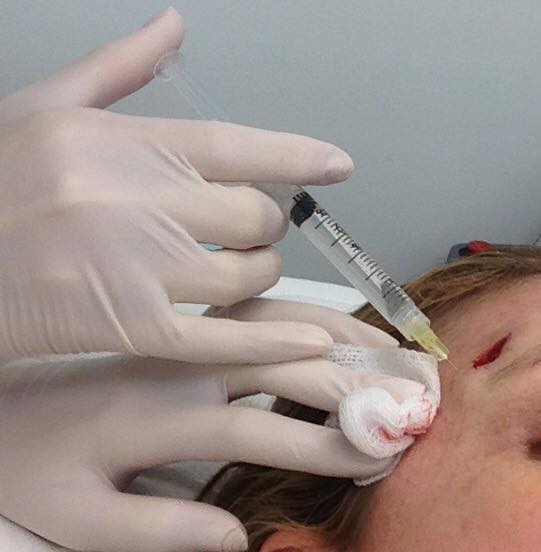 After leaving it a little while, Lisa went to a specialist for a second opinion and this time, they took a "huge amount" out of her thigh and calf.

"I had stitches, bandages, bleeding, bruising, swelling, and I had crutches," she recalled in a blog post for Coolibar, a company that sells UV protective clothing.

"But the good thing was, they said they got it all. This meant no more skin cancer, so I thought."

Even after that, Lisa continued to tan. 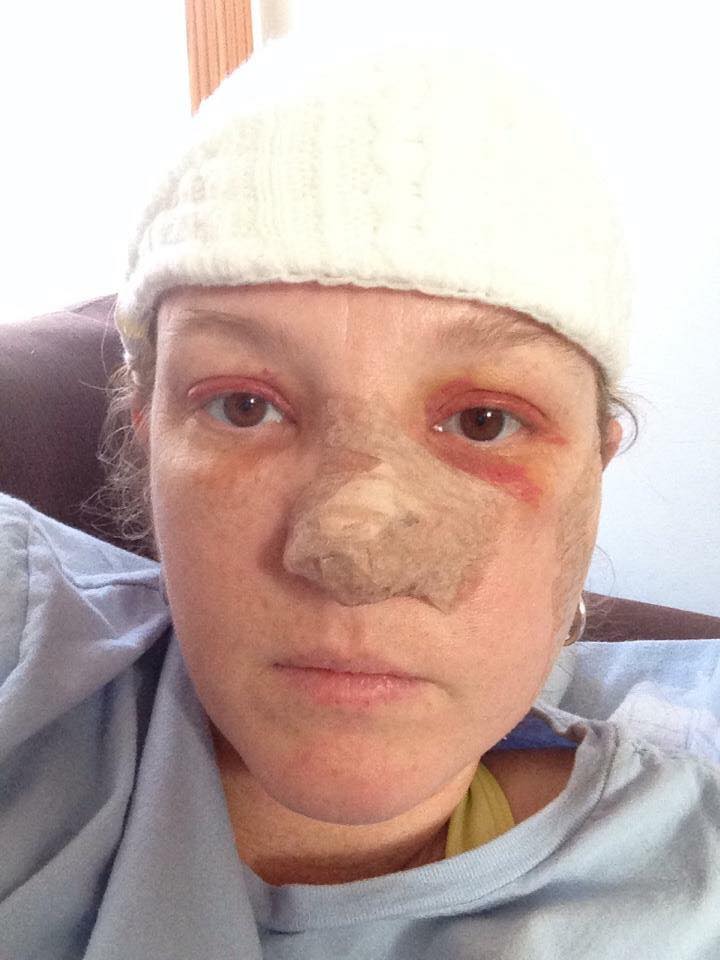 "Tanning beds were popular. I had tanned a lot in college. There were all kinds of promotions with free lotions, buy five visits get five free, one month unlimited, etc. I enjoyed going."

Despite cutting down as she got older, the damage had already been done.

According to the Melanoma Research Alliance, tanning beds increase your risk of melanoma by 75 per cent.

The most common sign of melanoma is a new mole or a change in an existing mole.

In most cases, melanomas have an irregular shape and are more than one colour. The mole may also be larger than normal and can sometimes be itchy or bleed. Look out for a mole which changes progressively in shape, size and/or colour.

The ABCDE checklist should help you tell the difference between a normal mole and a melanoma:

Lisa, a college basketball coach, said: "I had no idea that the tanning bed was causing so much damage to my skin.

"I never saw any TV commercials warning about tanning bed use and skin cancer, there were no social media platforms warning me of the danger and consequences".

In less than a year after her first surgery, Lisa found a white spot on her left cheek which had to be removed.

"I was devastated. I couldn't look at myself," she wrote.

"I spoke with my doctors and after much discussion, I found out that all those times going to the tanning bed had caused me to have skin cancer." 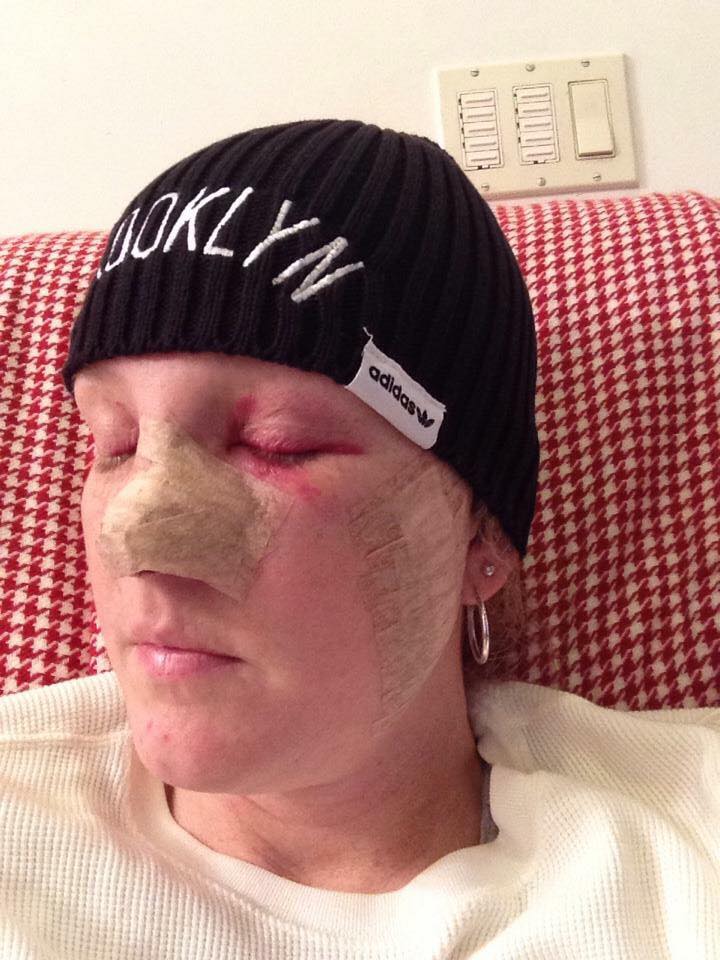 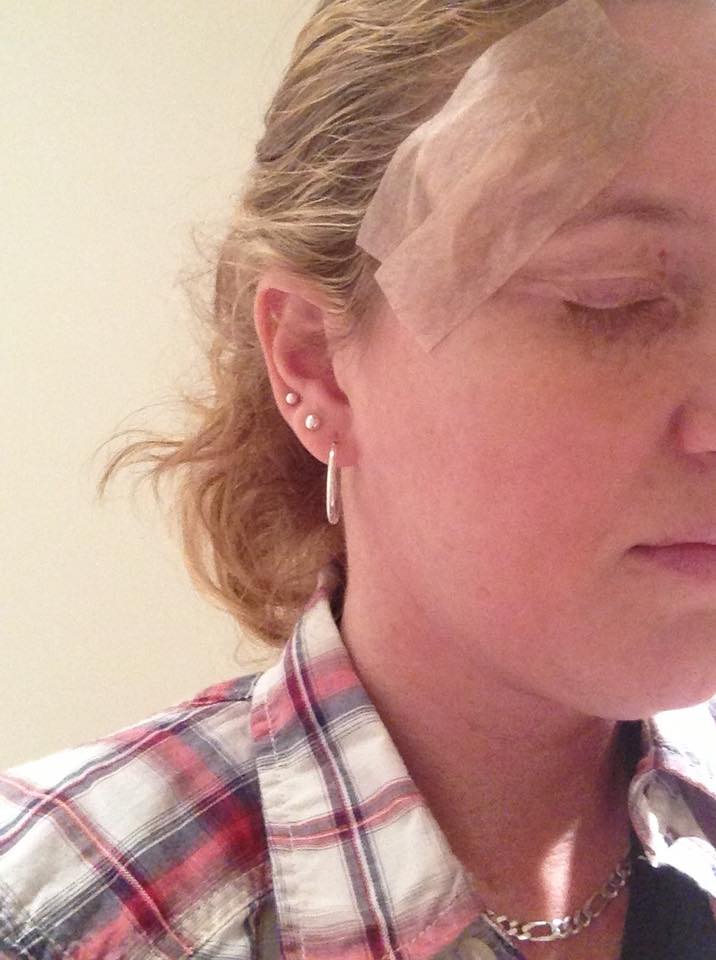 She soon started finding spots all over her body, from her face to her legs.

At point one, she was having surgery for skin cancer every three months and by the time she was in her mid-30s, she had undergone 50 ops.

Skin cancer is one of the most common cancers in the world.

Non-melanoma cancers are more common than melanomas, with 100,000 new cases being diagnosed every year in the UK.

The first sign of non-melanoma skin cancer is usually the appearance of a lump or discoloured patch on the skin that continues to persist after a few weeks, and slowly progresses over months or sometimes years.

Melanomas, on the other hand, is often characterised by a mole.

There are two common types of non-melanoma:

Basal cell carcinoma (accounts for 75 per cent of skin cancers):

Squamous cell carcinoma (accounts for the other 20 per cent): 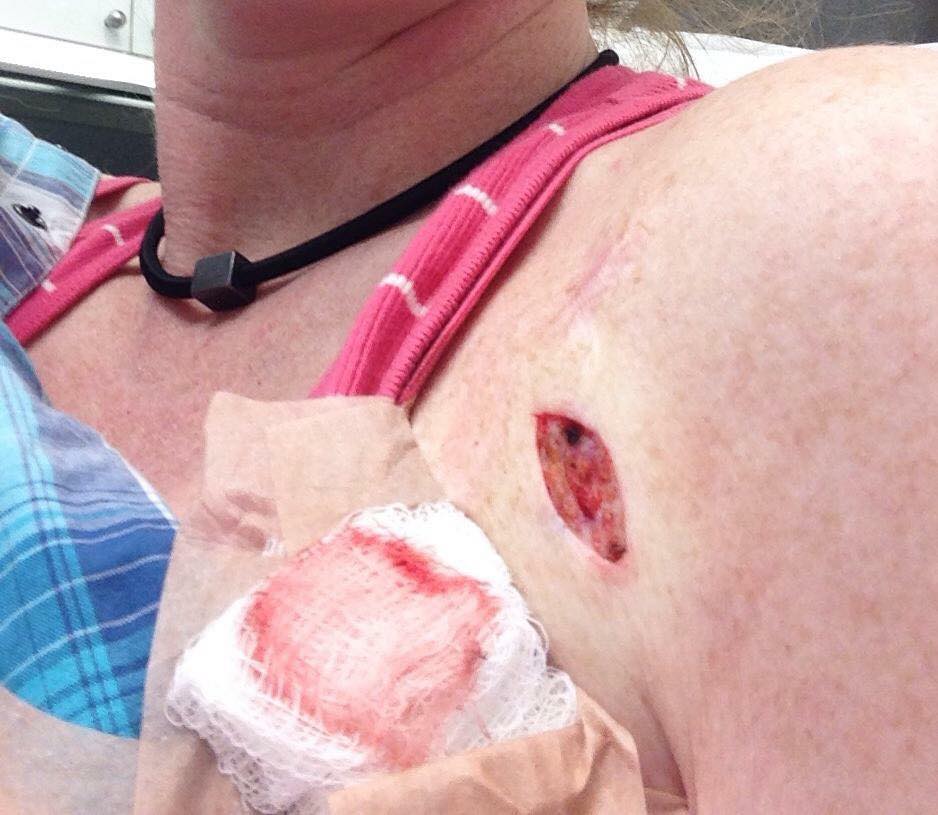 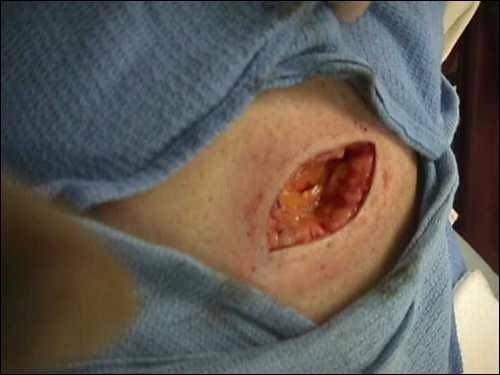 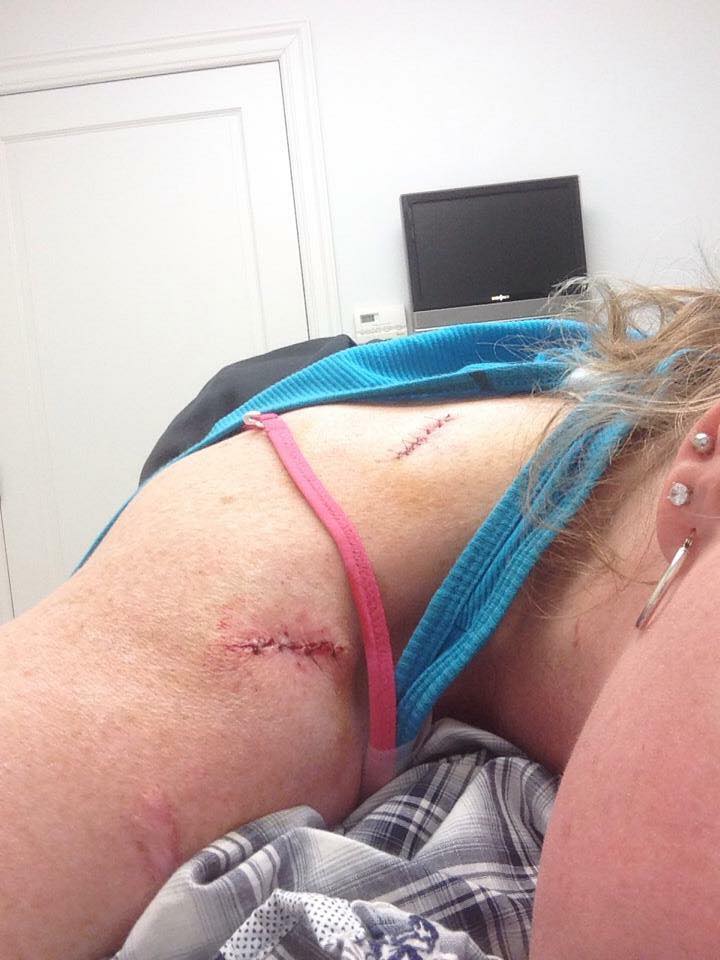 She now always wears suncream, wears long sleeves and a hat if she goes outdoors and checks her moles every day.

"I know I'm going to win this battle," she wrote.

"I know I do all the right things as far as protecting my skin and getting skin checks so I am confident in knowing skin cancer has met its match."