AFTER the disappointment of last Christmas, we can't blame anyone for wanting to go ALL OUT this festive season.

So when mum Melissa Evans, from Cannock, Staffordshire, heard about a Polar Express-themed experience in Telford, she jumped at the chance to take the whole family along. 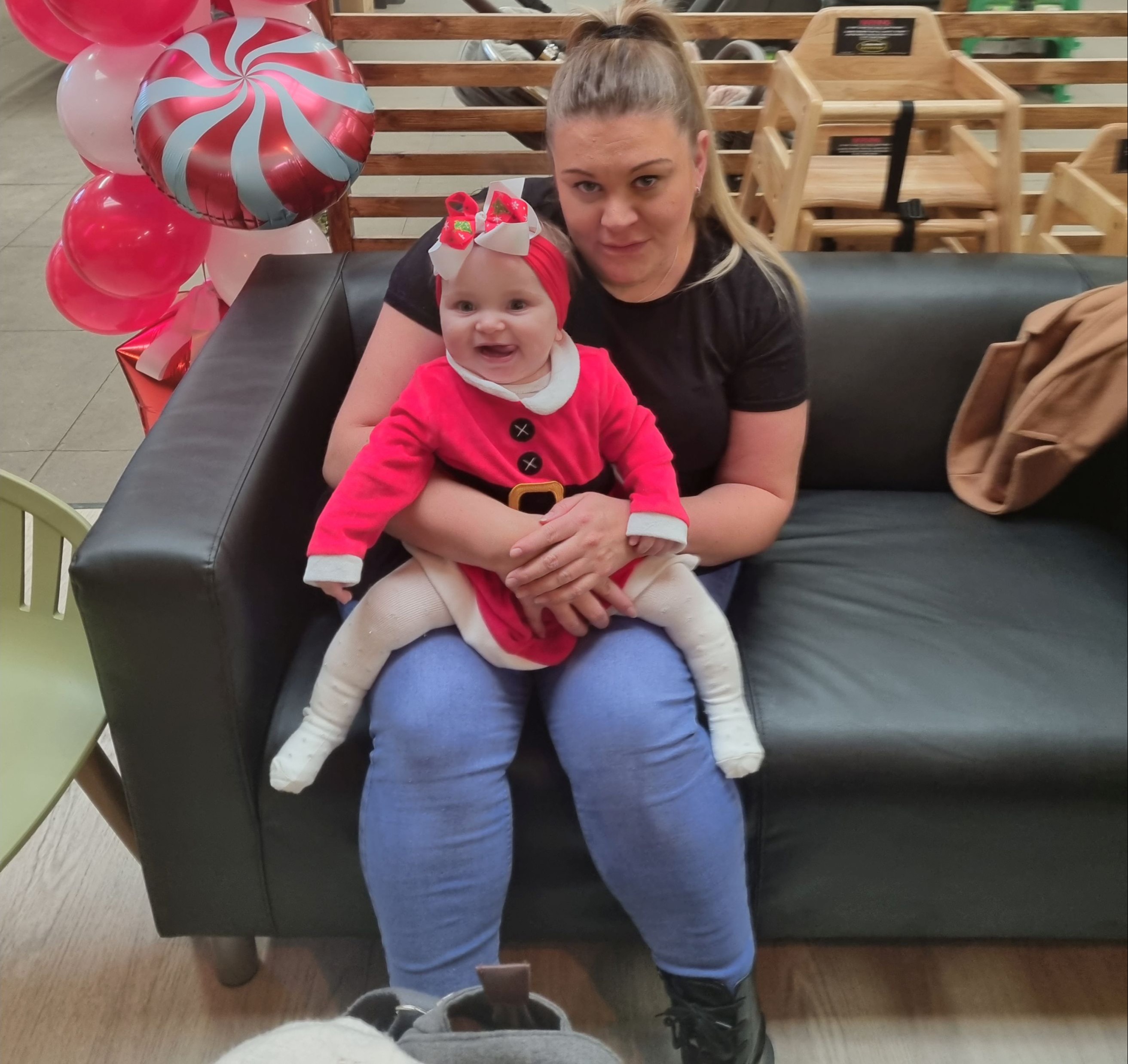 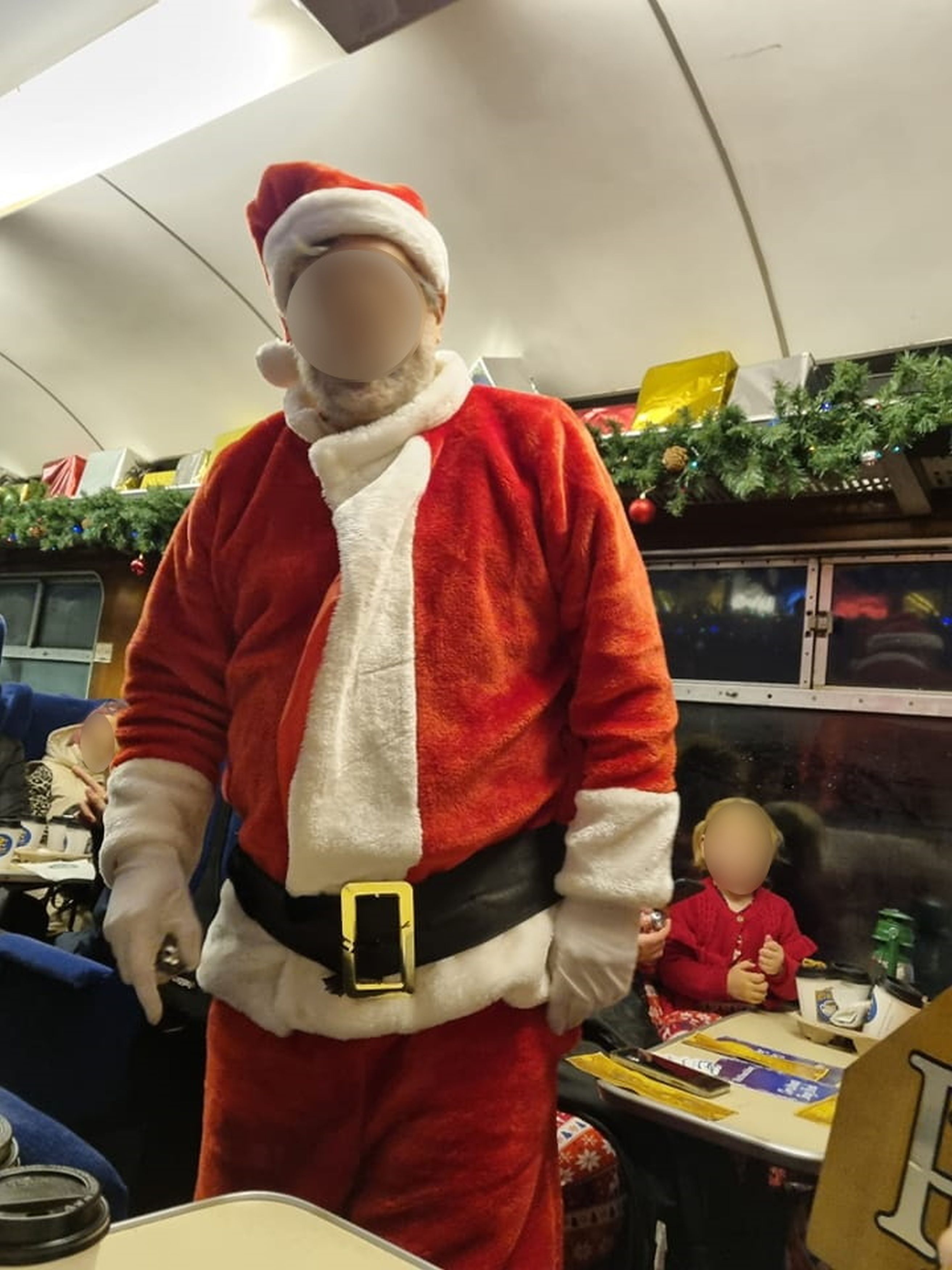 To secure a spot on the festive train-ride, the 35-year-old spent £135 on five "golden" tickets for herself, two daughters, seven-year-old niece and partner Adam.

On their website, Telford Steam Railways promises families will experience an "immersive recreation" of the hit 2004 festive film as well as a visit from Santa.

However, the mum has accused the company of "ripping people off" after their VERY disappointing experience last month.

Things got off to a bad start when the family were made to wait in the "freezing cold" for an hour after the shuttle bus dropped them off outside some marquees.

Melissa claimed: "There were bus loads of people turning and nowhere for them to go and there weren't really any staff around so we were just stood around not having a clue what was going on.

"About 15 minutes before our train was due they opened an indoor marquee to put on a show but there weren't enough seats – a lot of people couldn't come in and we had to stand at the back."

Although the performance itself was "magical", Melissa said the train was freezing cold.

And things took a turn for the worse again when they spotted Santa making his way through the carriages.

She continued: "There was no character of Santa, there was no 'ho, ho, ho', he literally just walked on and said 'hi' – he didn't interact with the kids.

"I don't want to say it because it's nasty but he just looked like a homeless guy had got on the train. He just wasn't in character, there was nothing magical about it."

Santa just looked like a homeless guy had got on the train. He just wasn't in character, there was nothing magical about it."

What's more, Melissa claims this slim Santa with a short grey beard was so lacklustre that the kids are now questioning everything they knew about Father Christmas.

She said: "As soon as he walked off my seven-year-old said 'that is not Santa'. We had to try and say Santa sends his helpers because he's too busy this time of year to do it himself.

"But she's saying now 'I don't believe it, Santa's not real' because the Santa was that bad. It was horrible.

"The seven-year-old then was telling my four-year-old niece 'Santa's not real', which was really hard because I didn't want to say 'you can't say that because she's only little' because I still want her to believe as well, she's only seven. 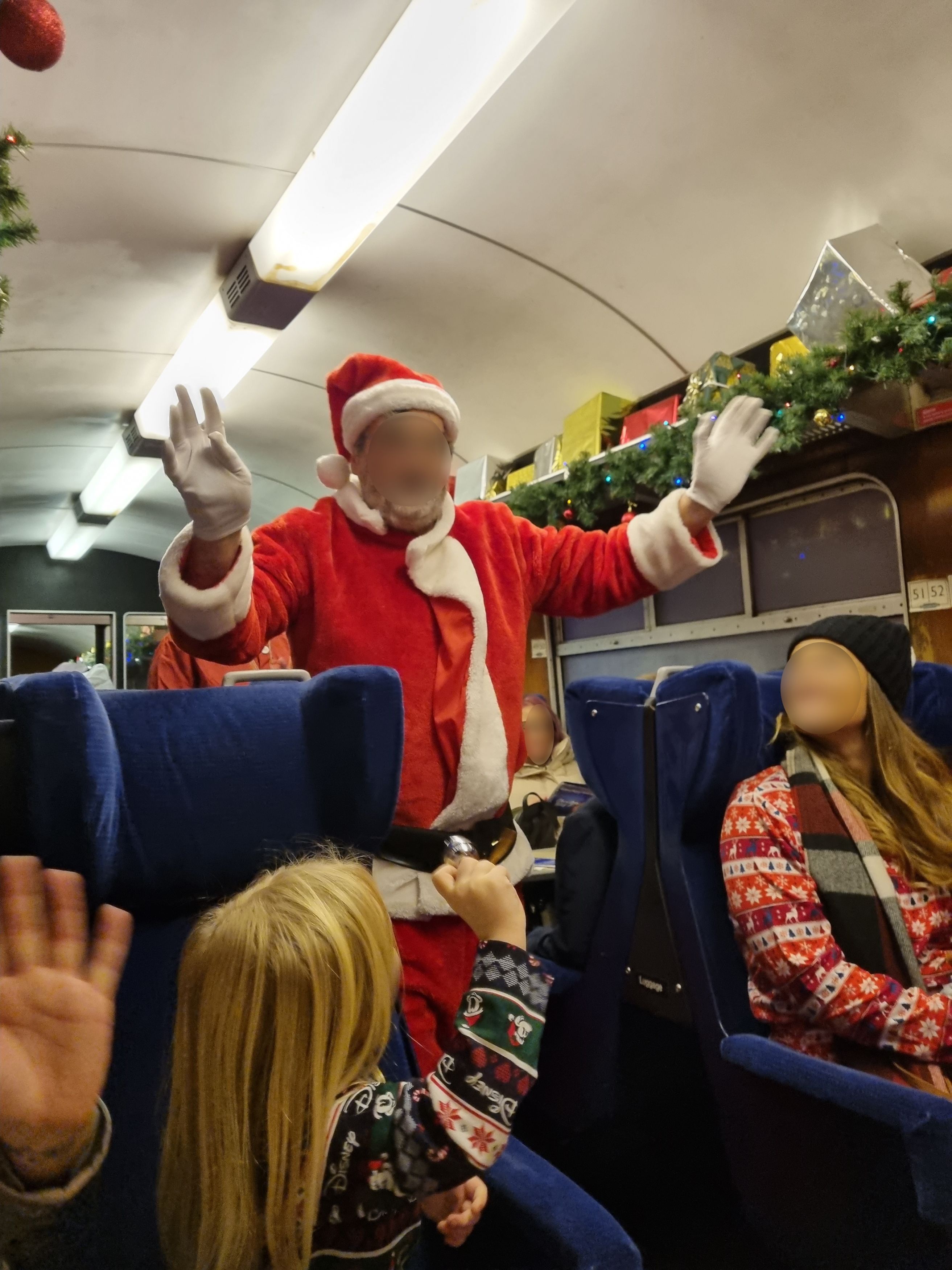 "My brother said 'I don't know where this has come from' and I said it's probably because the Santa was that bad."

Melissa said it was especially disappointing as some friends had taken their kids on the train-ride a few weeks earlier and their Santa looked just like how you would expect.

She added: "Some of my friends sent me pictures of the Santa from their Polar Express and it's what you'd expect Santa to look like – the big beard, being chunky and the little round glasses. It was a million miles away from what we got."

However, it wasn't all bad – as the mum said she couldn't fault the section of the afternoon where the kids got to write letters to Father Christmas.

After posting about her experience on Facebook, Melissa is hoping to get her money back or at least a partial refund.

That said, some users accused her of being a "'self-entitled Karen" and slammed the mum of posting a picture of the Santa on social media.

Hitting back at critics, Melissa said: "When you read up on it, it's made out to be this amazing, magical experience for kids where you were going to be entertained. 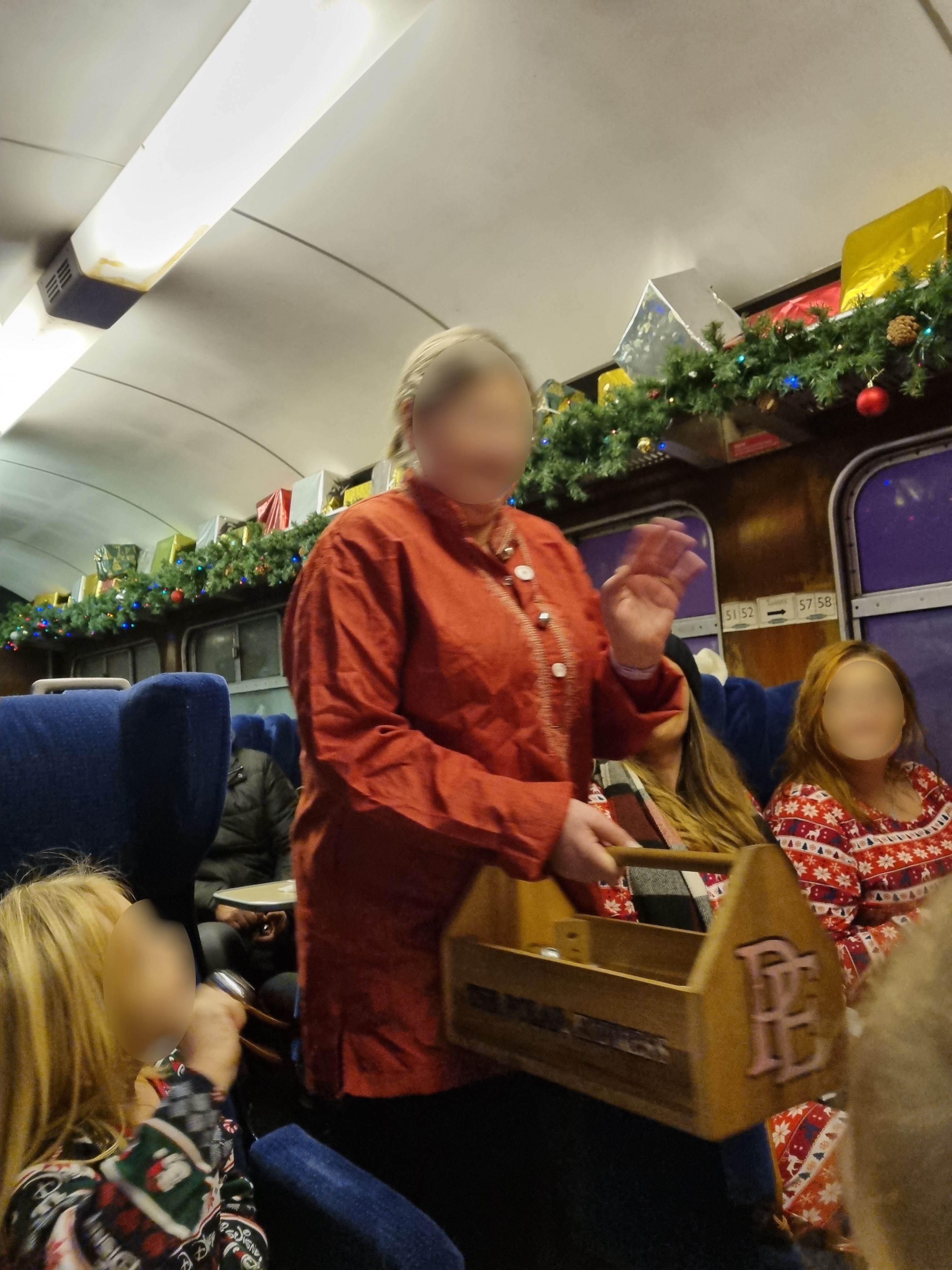 "My friends had just come back from the Stoke Polar Express and said how good the Santa was, that he sat with the children and had pictures taken – there was no opportunity for us to do any of that.

"The comments started to get abusive so I just removed the post and blocked them. I don't let things like that get to me.

"I took my little girl to a place local to us where they did story time and dancing with elves and met Santa – it only cost me £8 and they had more joy out of that than the train."

Telford Steam Railway responded to Melissa's complaint on social media and wrote: "We have strengthened our customer service team and all open enquiries are being dealt with by our volunteers as quickly as possible.

"We thank you for any constructive feedback and we appreciate your patience and will liaise with any dissatisfied customers directly via private message or email."

For more parenting stories, this woman revealed how her parents bought her a baby for Christmas – now she's a mum-of-8 but people accuse her of living off benefits.

And this pregnant mum-of-eight boys revealed how they don't spend thousands on Christmas and they still love it.

Plus this mum’s ploy to get a day off from Elf on the Shelf backfires spectacularly as son is left ‘crying his eyes out’.