A MOM of eight has revealed she doesn't buy her kids ANY Christmas gifts – but they have never been happier.

Angie Wipf, 35, found herself buying upwards of 40 gifts every Christmas until she decided to limit her kids to one present each – that they have to get for each other. 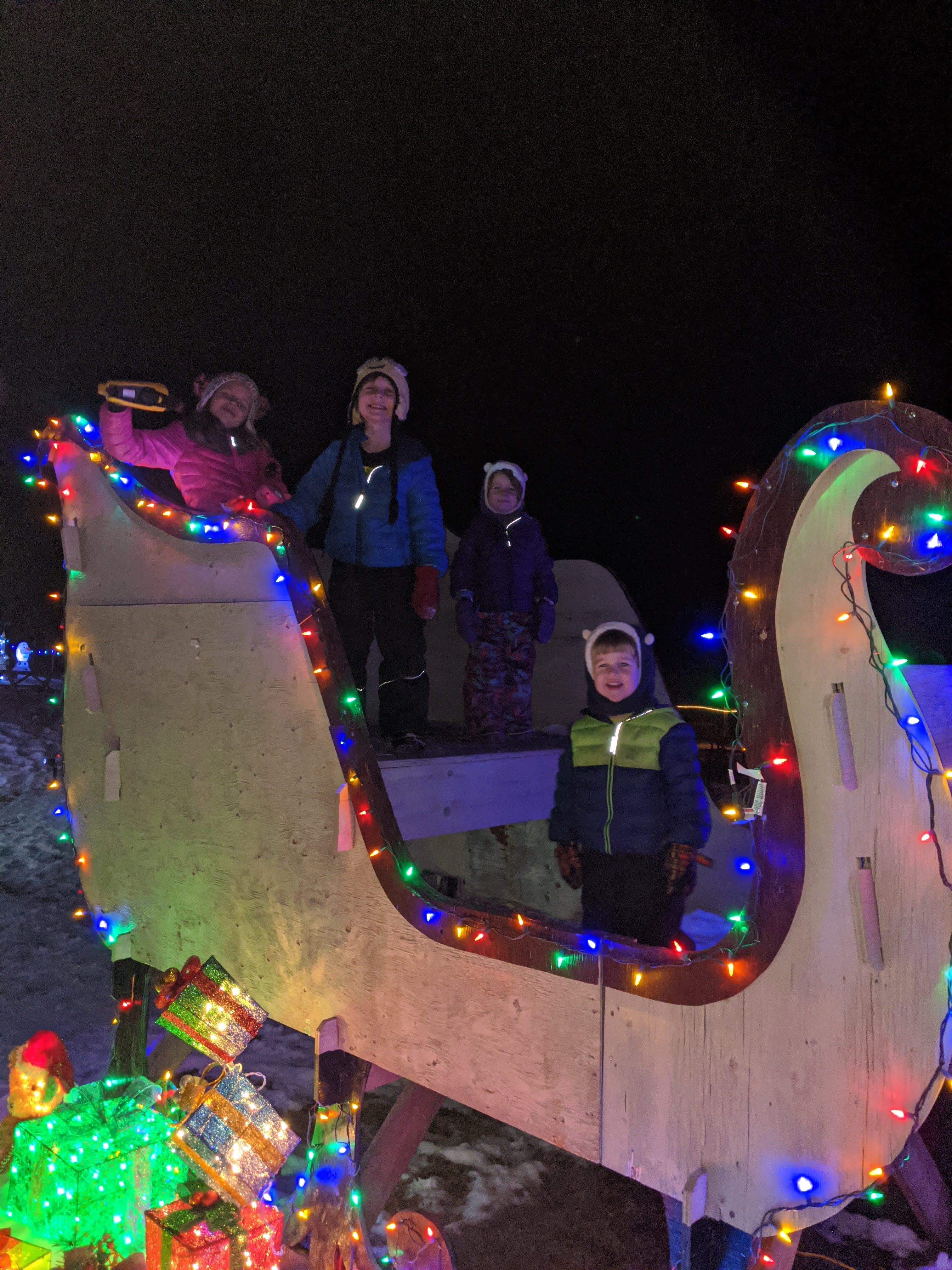 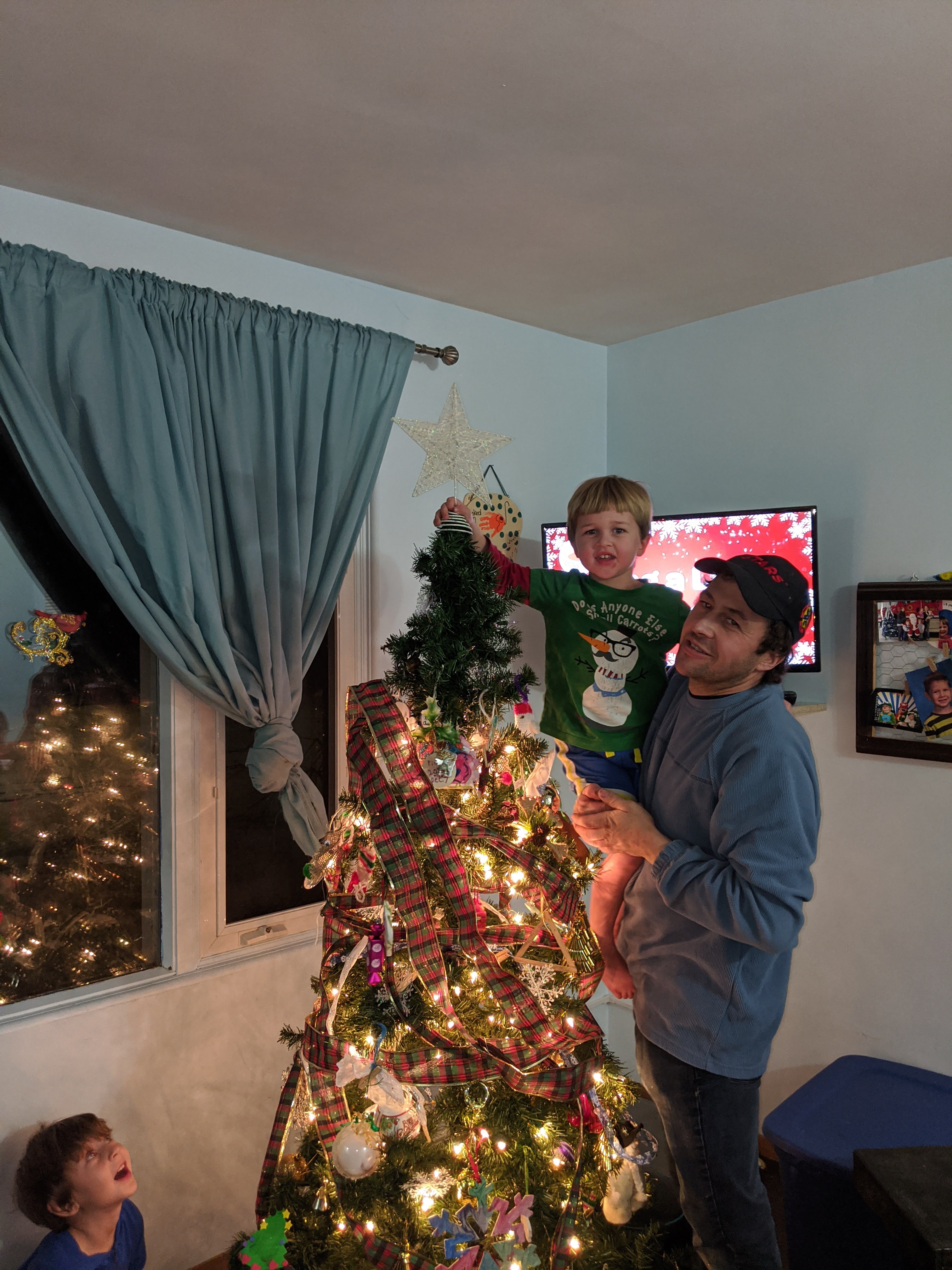 The decluttering coach and social media influencer shared her unique tradition online, and got a mixed response, with some declaring her "cold."

She said she saves $700 (£514) every year since she decided to stop buying her eight kids Christmas presents.

Angie said: "I just noticed that when they would open a lot of presents they only noticed the one they really wanted and forget about the rest.

"They would forget about the stuff and not care about it, and it was kind of disappointing to see that.

"I think it's taken the stress away from kids, they’d be so overwhelmed with stuff they wouldn’t know what to do."

The thrifty mom likes to spend what she saves on family trips out to the museum or zoo throughout the rest of the year. 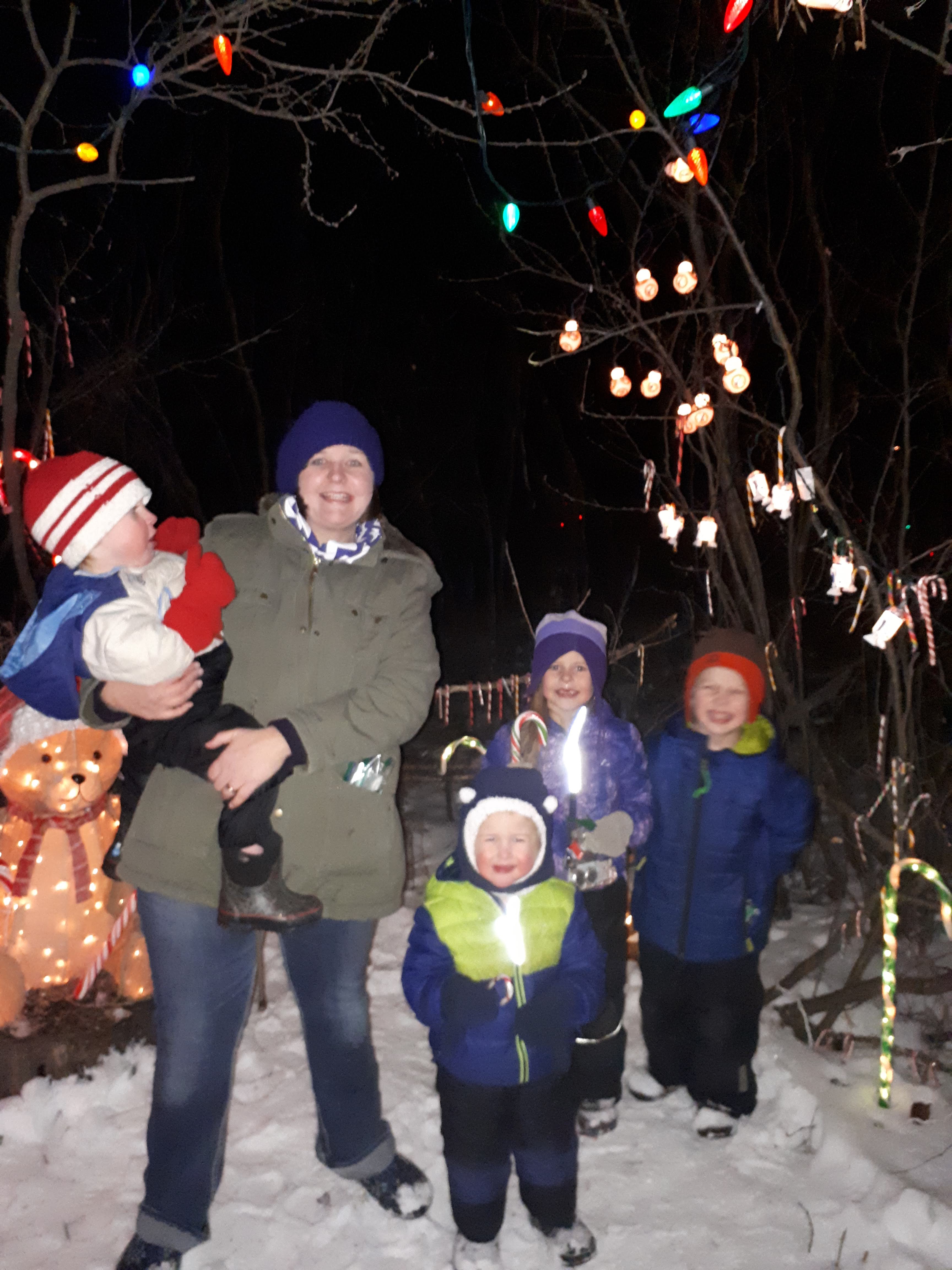 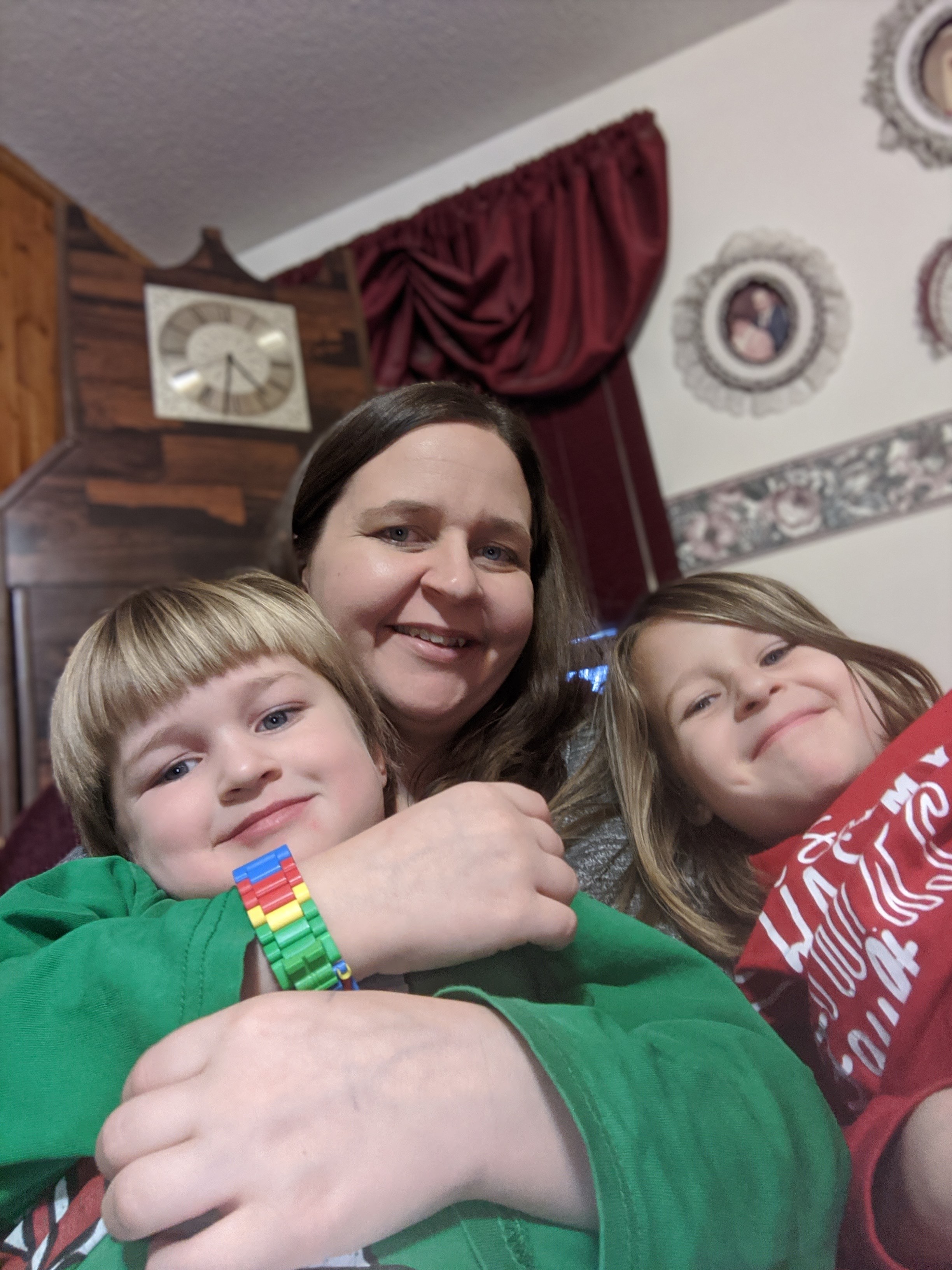 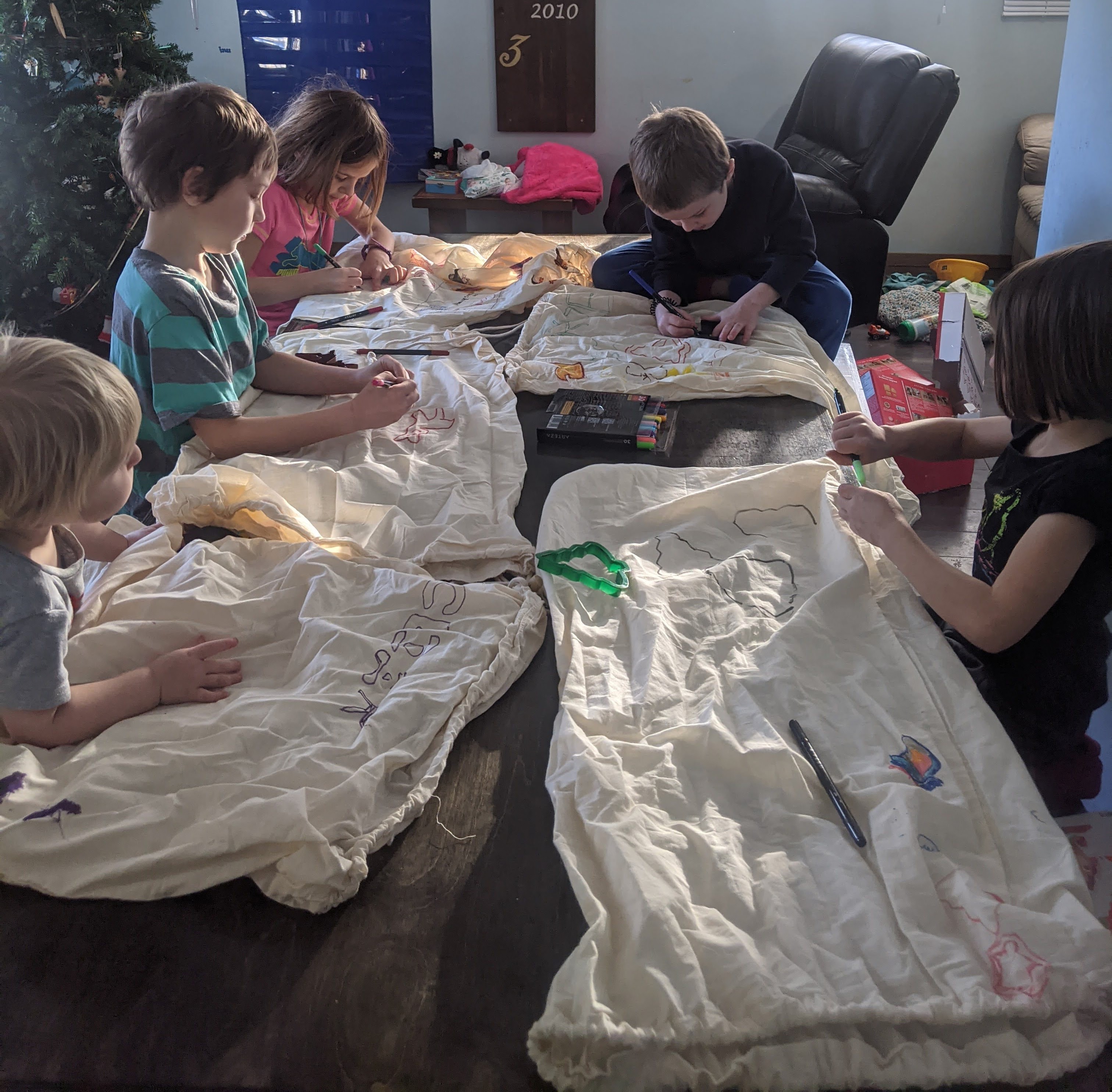 She added: "We spend more time having experiences rather than stuff.

"I think as an adult I think you remember more the things you did rather than what you got."

The Canadian mom decided to make the change in December 2019 when it dawned on her that her children would only remember one or two of the pile of gifts they received.

The season also comes on top of multiple birthdays that top and tail that time of year.

Four-year-old Cedar's birthday is December 23rd, Cruze, five, and Finley's, ten, are in October, and Macklin's, eight, in January.

"That spurred on the change too," she said.

"We work hard to make sure birthdays are separate from Christmas so we can focus on their birthday.

"I found they were getting so overwhelmed, all these gifts all the time."

Her new plan was to get each child to draw the name of one of their siblings out of a hat, and they would be in charge of picking out their single Christmas gift.

When she announced the new plan to her band of eight under ten's, she was surprised at home positively it was received.

She said: "They like it, they remind me it's time to draw the names.

"I found they enjoy what they get more because they’ll talk to their siblings throughout the year about what they like.

"I think they realized they still get presents from grandparents and all that, they’re definitely not deprived that’s for sure!"

Angie or her husband Paul, 39, will sit down with one of the kids and scroll through Amazon to help them find the perfect present online, but in the future this will transition to physical shopping trips.

She said: "I keep track of who has what, I don’t make them rely on that right now. 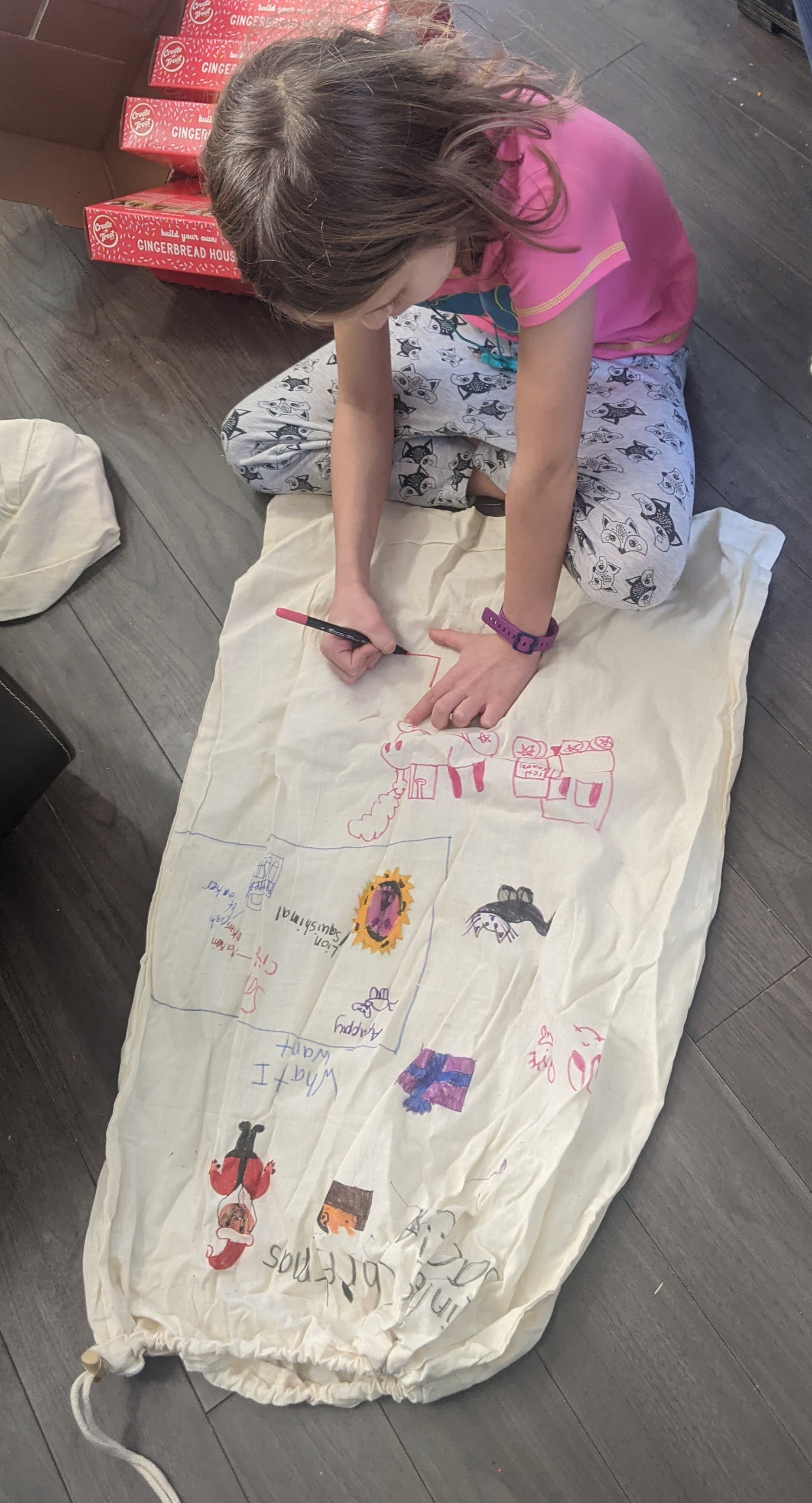 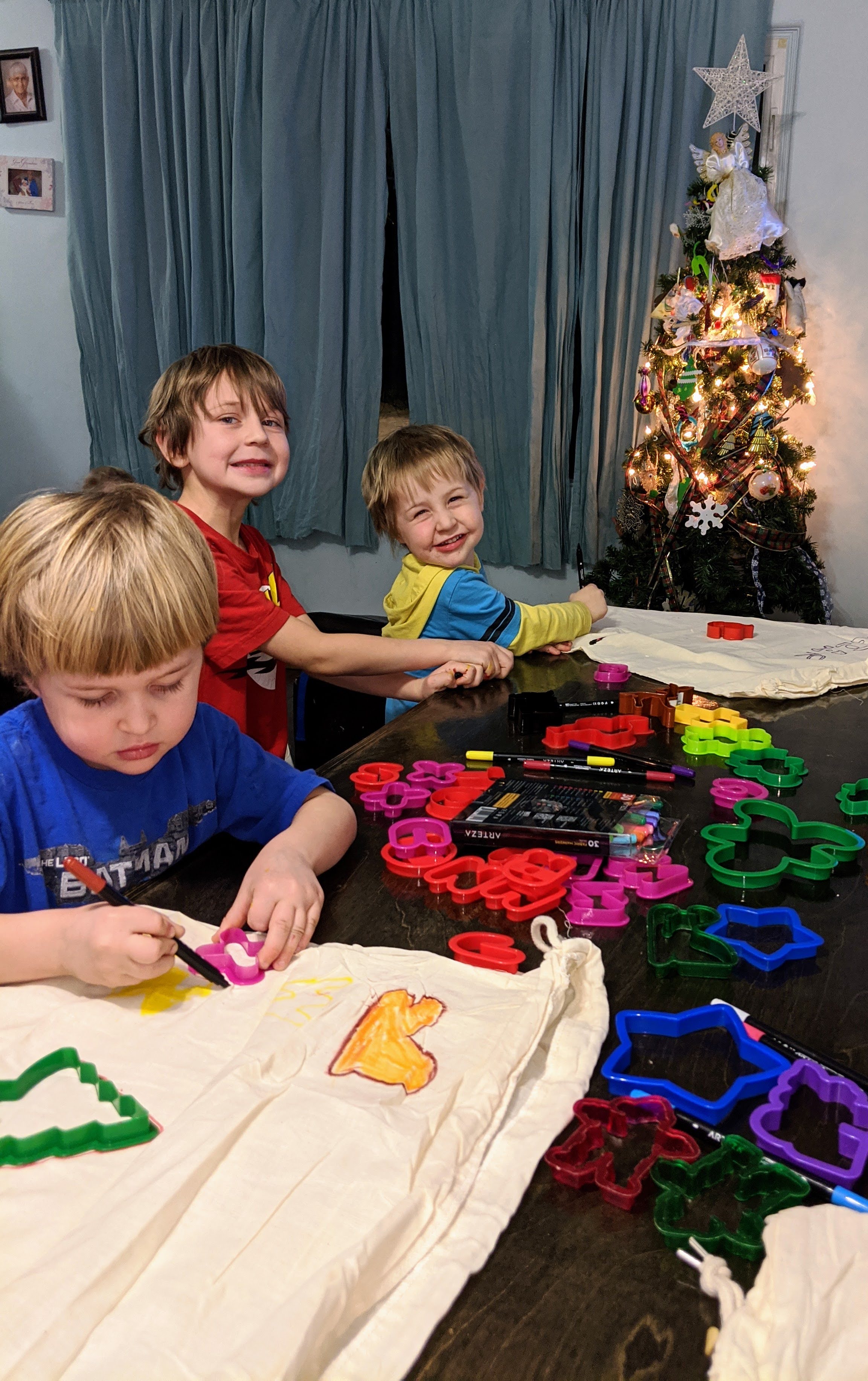 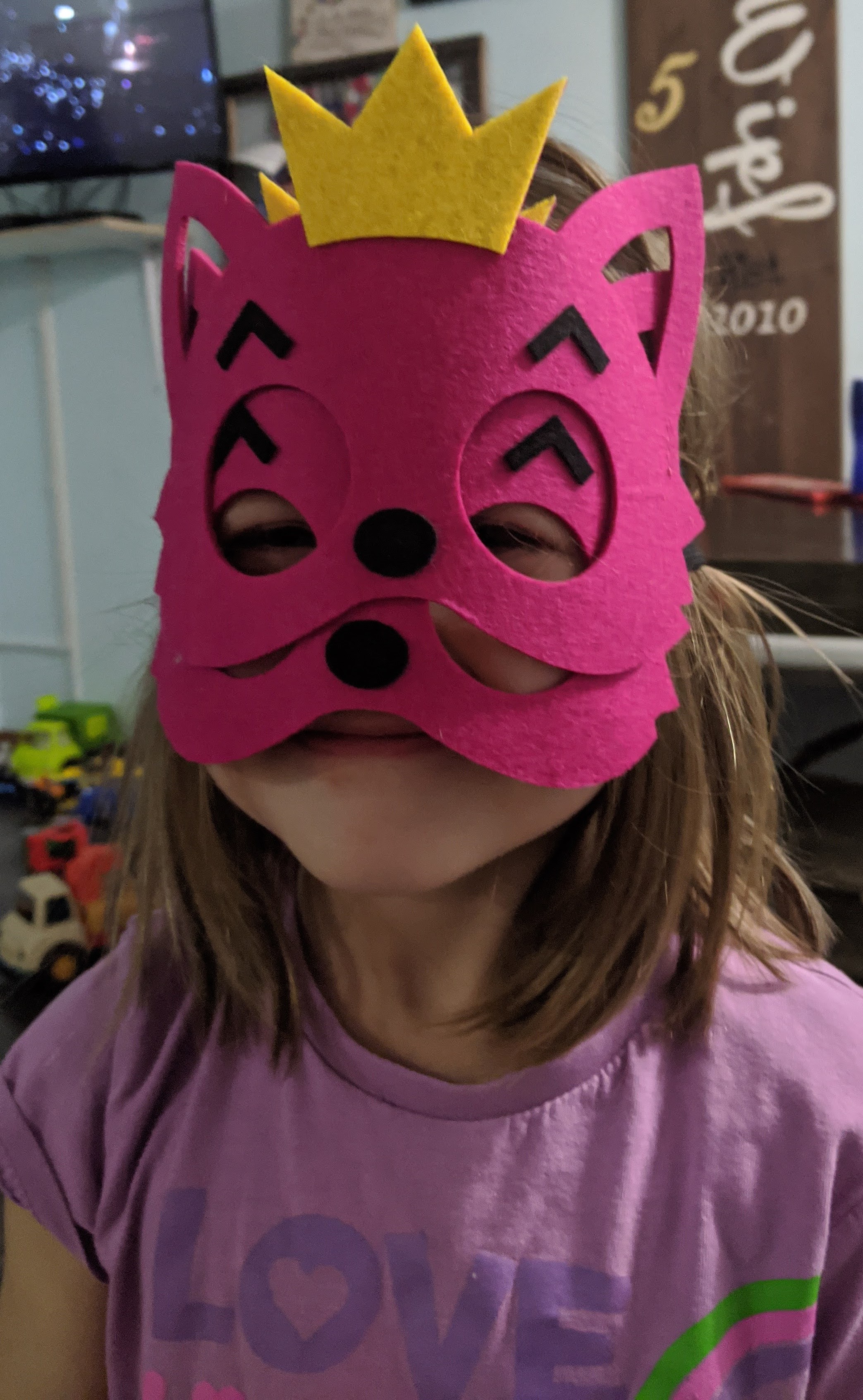 This has reduced the Wipf's Christmas spend to about $75, and while they still are buying the presents, they hope their children will contribute to the cost a bit when they're older.

The decluttering coach said: "If they want to contribute they can, we're just getting them into the mentality of buying something for someone else or making something.

"As they get older they’ll all be teenagers at the same time, they might have jobs, they might want to contribute more."

Angie is also done with wrapping paper and gives each child a white sack on Christmas Eve that they can decorate with washable fabric pens.

Their 'Secret Santa' will put their gift in their sack the night before ready for the morning – and try and keep their secret until then.

She said: "Wrapping takes no time and everything fits nicely.

On the big day, Angie has found her gaggle of eight really look forward to getting their one special and thoughtful gift from their brother or sister.

"They're not super overwhelmed and can get straight into playing with their stuff," she said.

"They remember what they got, I remember as a kid not remembering everything."

They spend the rest of the day doing things together, like making cookies, going to see Christmas light displays, or watching festive films.

Angie made a video talking about her unique ideas and posted it on her minimalism Instagram, where she got mixed reviews.

One comment said: "That’s just cold let them be kids and have some joy."

Angie responded: "Apparently lots of people have seen it and not everyone agrees!

"Most of them are positive as we do experiences over things, but also ‘how can you not give your children gifts?’- obviously you didn’t read the post!

"When my kid needs something they still get it, if they need something for art or school we're going to make sure they get that stuff.

"We usually, instead of us spending more money, we might put the money to good use throughout the year on like museums or the zoo."

This isn't the only way Angie keeps the clutter down at Christmas time, as she also only buys one advent calendar which her kids take in turn to open.

She added: "For decorating I make it very kid-friendly, the nativity scenes and stuff you can play with it, so that takes the stress away from having to protect my Christmas decorations.

"They're either toys or stuff that isn't breakable and can be moved around and enjoyed.

"I can't cut the Christmas things because my kids all love Christmas, so I just embraced it." 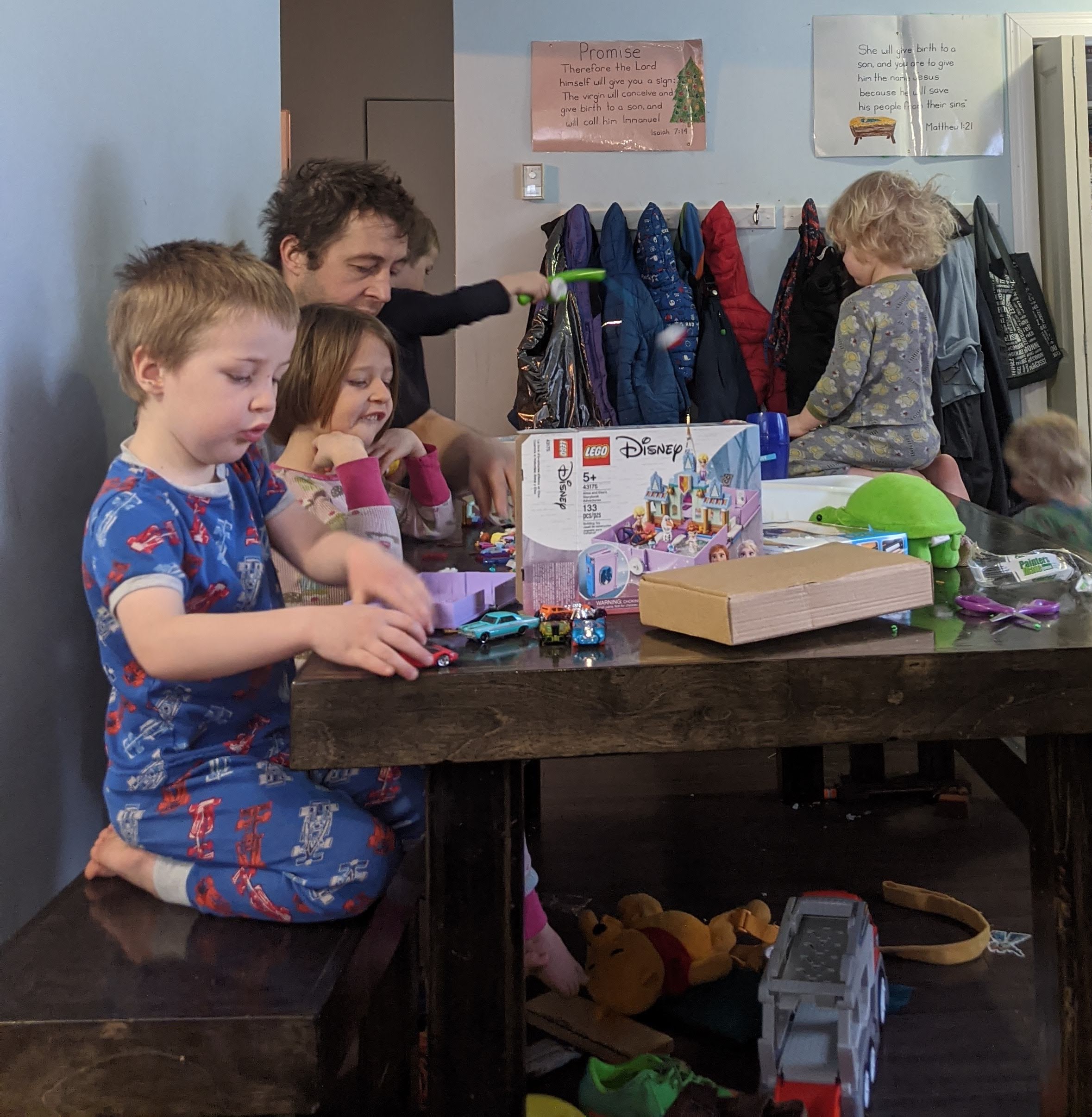 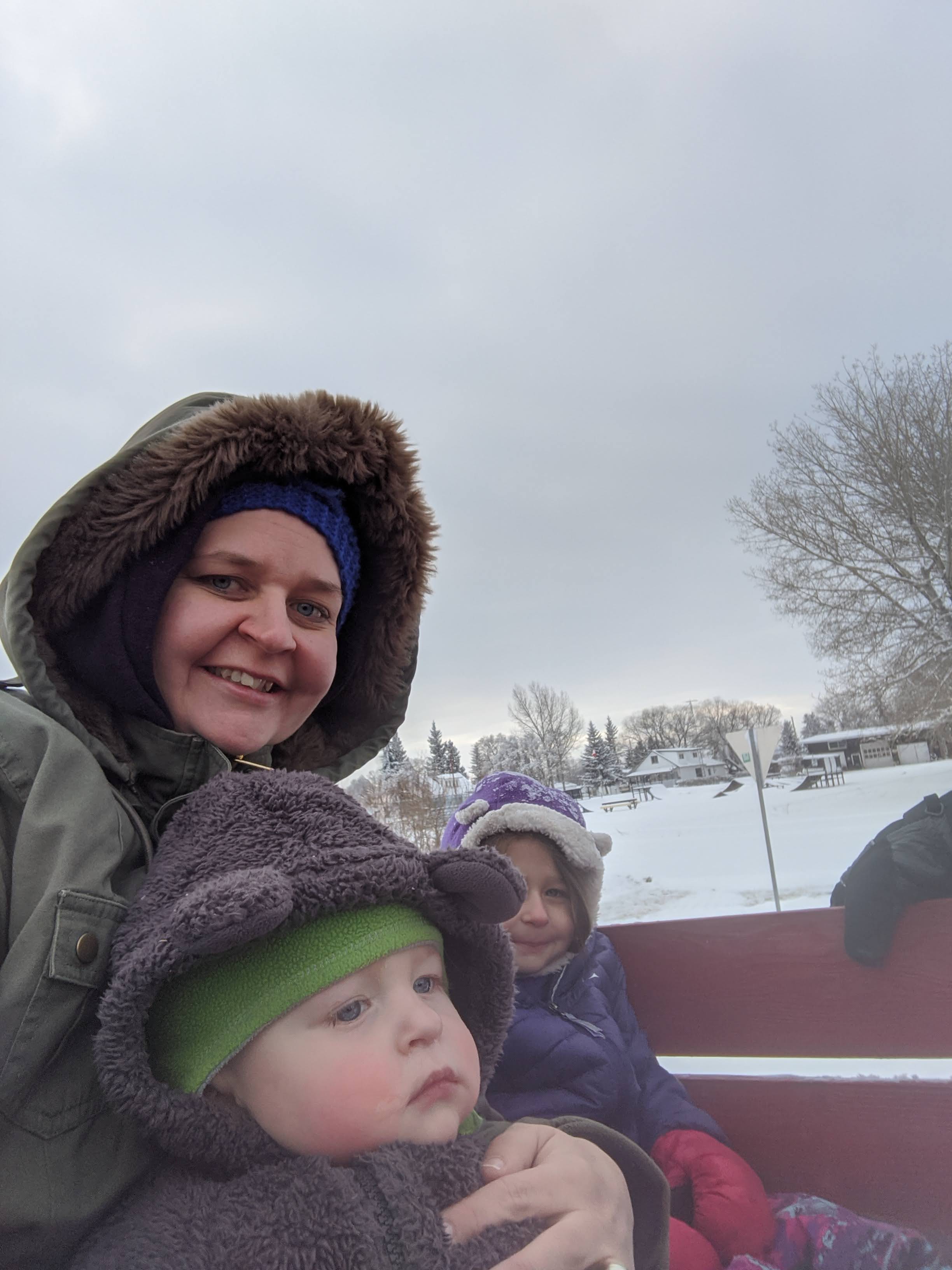