New mom Katy Perry isn’t afraid to admit that she wears Spanx under her clothing — and she proved it by lifting up her dress to show them off in a new video!

Katy Perry is keeping it real in this new TikTok video! The singer, who gave birth to her first child, Daisy Dove, in August, posted footage of herself strutting through her dressing room while wearing a stunning blue, trench coat dress. She looks glamorous and fierce in the video, but as she approaches the camera, she lifts up the dress to reveal what’s going on underneath — a pair of Spanx to hold everything together!

Fans loved Katy’s decision to keep it real on social media by revealing that a lot goes into making her look so put together. Of course, this post was super relatable, and received a lot of praise. While Katy has been spending a lot of private time with her newborn over the last several months, she’s also been keeping busy, so we don’t blame her for doing whatever it takes to look and feel her best!

Less than two months after giving birth, Katy was already back at work on the set of American Idol in October (the show will air in 2021). She also performed at the American Music Awards in November, which marked her first major appearance as a new mother. So far, Katy and her fiance, Orlando Bloom, have decided to keep their little girl off of social media, and they have yet to share a photo of what she looks like. 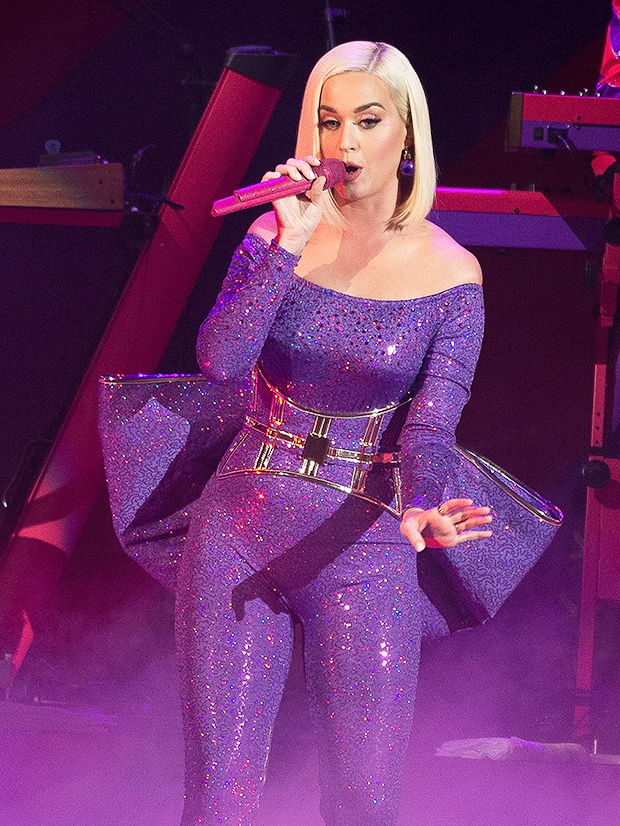 However, Katy recently opened up about being a mom during a virtual Q&A. “My daughter is such a gift, but there is sometimes a challenge concerning sleep no matter how much support you have,” the singer admitted. “Where am I going to get those six hours that I used to get?”

Luckily, Katy has found transcendental meditation, which she said has helped her find the “deepest rest” that her “body is desperate for.” She also revealed that the practice helped her with anxiety and depression after giving birth.