Since fans coined Monica’s nickname “Goonica,” the legendary R&B songstress has tapped into the energy since. The alter ego made an impressionable appearance in streetwear brand Joe Freshgood’s latest New Balance campaign named, Performance Art. From middle finger throws to an attitudinizing over-the-shoulder shot, Goonica balances an edgy touch to the playful collection. 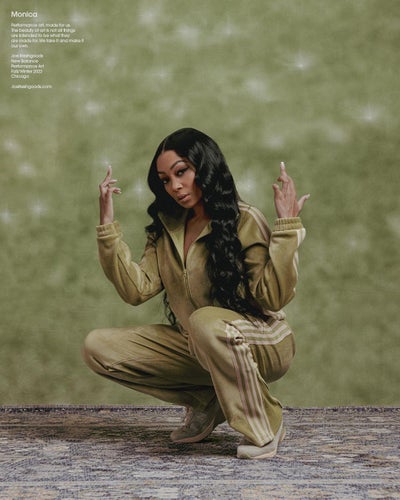 Robinson’s hometown played a special part in this release. The Chicago native raffled a few pieces from the collection with a philanthropic twist ahead of the full launch. Fans of the brand gathered at the founder’s brick-and-mortar Every Now & Then to donate gently used books or art supplies that’ll go to schools around the city. 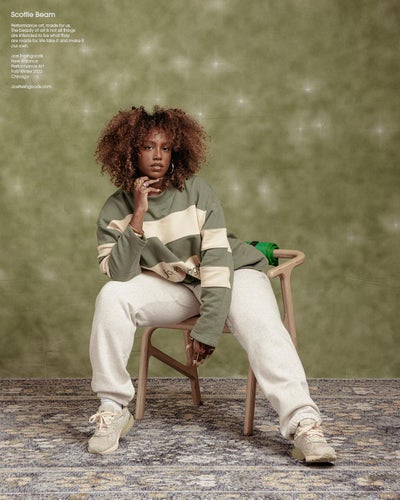 While pastels are closely knit with spring’s color palette, JFG warms the tones to fit right into your fall lineup. The colorful yet muted design has become traditional for streetwear and sportswear brands. Previous drops from the collaborators include a couple of two-tone pink, sage, and gray sneakers for “Inside Voices,” a campfire-worthy brown, blue, and green release under “Outside Clothes,” and an all-red runner part of the “No Emotions Are Emotions” collection. The groundbreaking partnership is supported by New Balance’s all Black creative and production team, The Black Soles, as they redefine what a fresh pair of sneakers looks like. “In part, clothing has been a big part of our culture, influencing the streets and the runway,” Robinson said in a statement. “Where we once worked to keep an all-white sneaker clean, free from dirt, scuffs, and scrapes. This time we invite color. Lingering positivity and hope.” 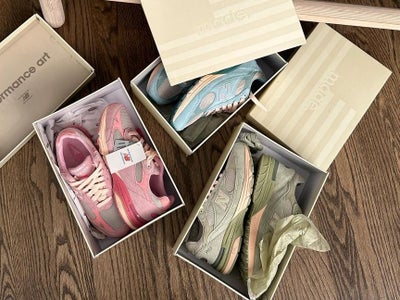 The full collection is set to release later this month on October 21, and as sneakerheads await the rush for the limited capsule, we’ll admire Monica in the meantime.