ONE woman's cleaning powers were put to the test when she woke to her neighbours cat knocking over an entire tub of blue paint, which landed on every surface within reach – including her white walls and doors.

But in a desperate attempt to remove the paint, she turned to a £1 bottle of Elbow Grease  – and with a little scrubbing, her interiors came up looking as good as new. 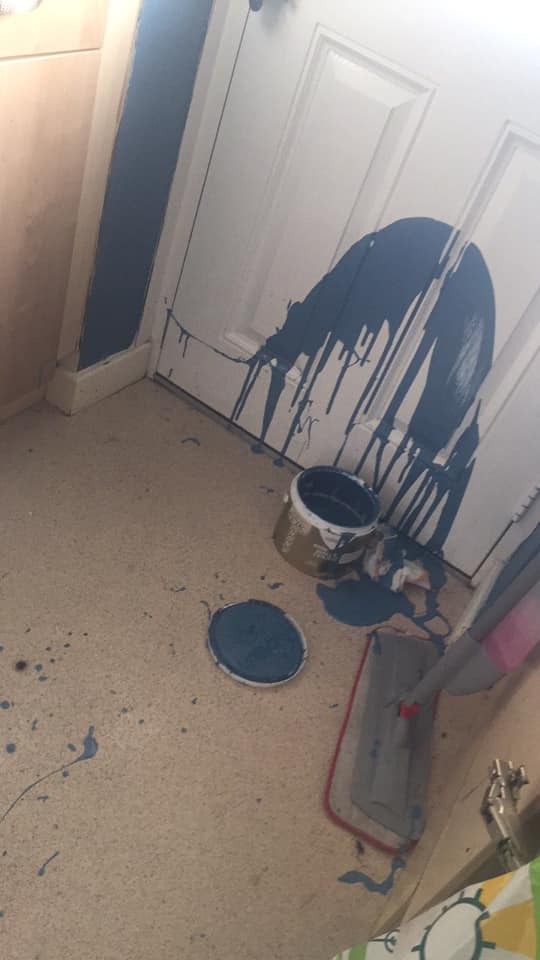 Detailing her disastrous situation online, the woman shared her joy when she discovered how well the budget cleaning spray worked at removing the heavy-duty paint stains from her white interior.

Posting photos in the Hinch Army Cleaning Tips Facebook group, the quick-thinking woman revealed that by using half a bottle of the stuff and a lot of scrubbing, she was able to make her white door, floor and window framing look a crisp shade of white again.

One photo showed the white door and light-coloured flooring completely covered in the blue paint, with the opened tub sitting on the floor where it had obviously been knocked over.

The woman explained that the cat had jumped out of the window after the accident, and it was obvious because a smear of blue paint was also left where the playful kitty had escaped. 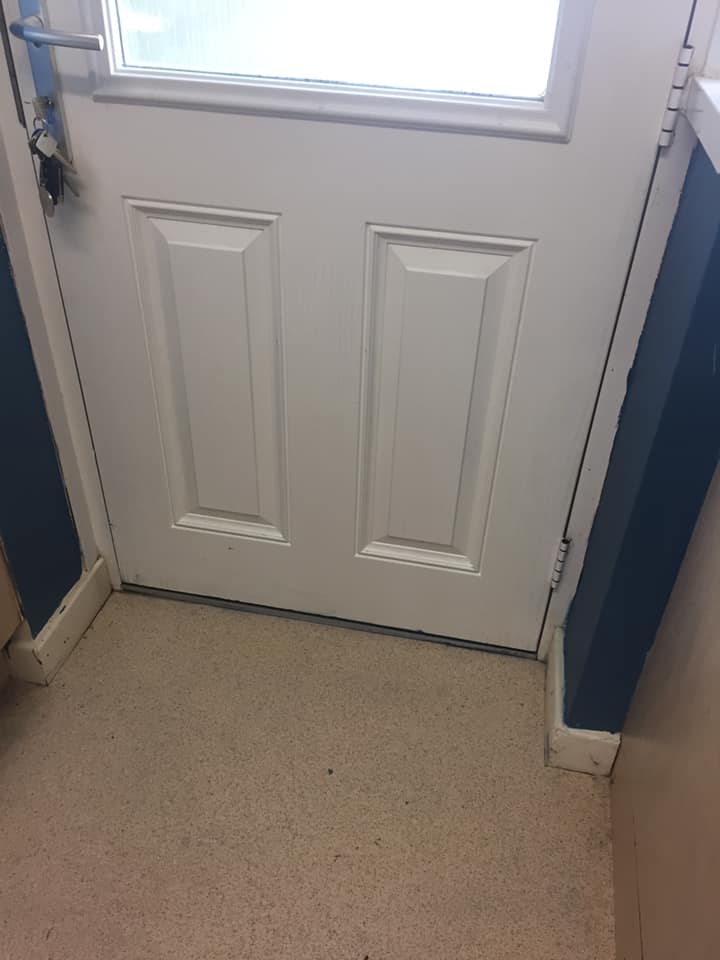 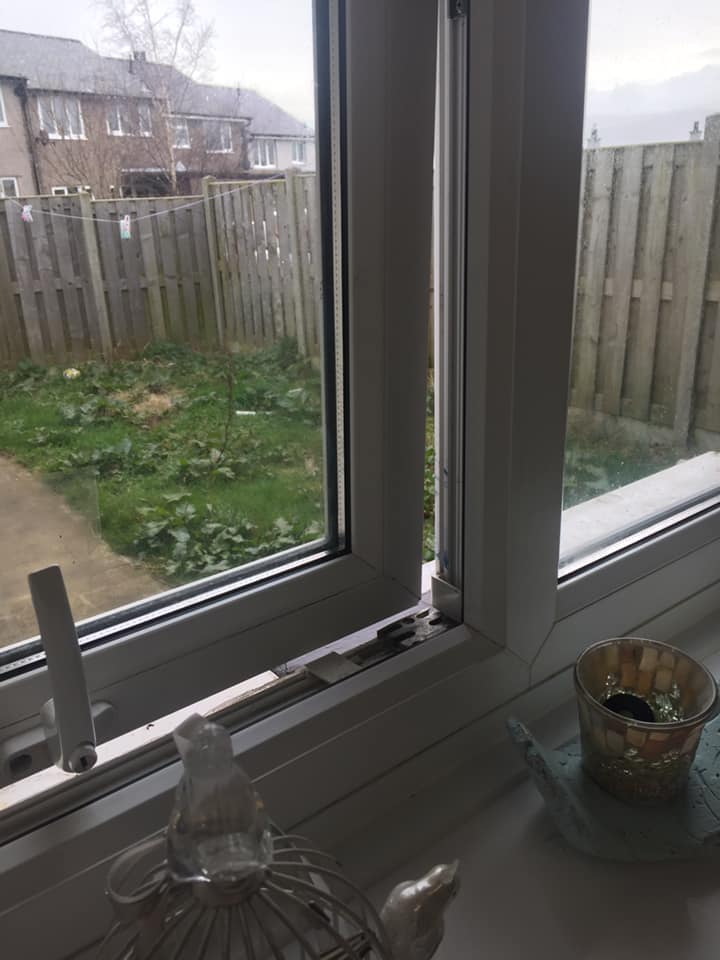 But after attempting to clean the mess herself, she was able to remove all the splattered paint from both areas and people are amazed by how well the elbow grease spray actually worked.

One person wrote: "Omg ….but well done you."

And another said: "Great job of cleaning! Would definitely tell the neighbour asap to try make sure cat is ok"

While a third added: "Amazing results"

Many people were impressed by the squeaky clean results, but is was apparent that most people are more concerned about there being a blue paint-covered cat on the loose, and used laughing emojis to express their amusement. 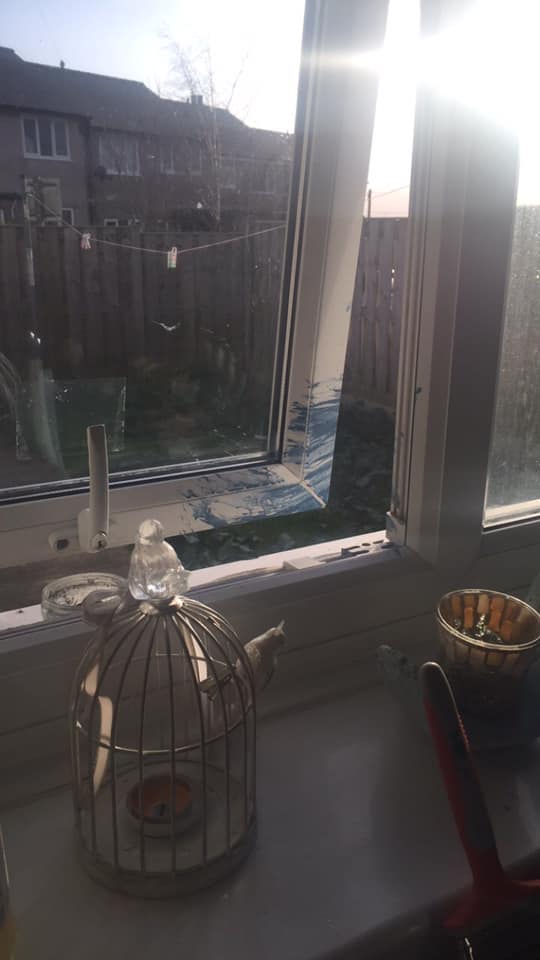 One person joked: "I’d love to see that blue cat right now. I think your neighbour has a slightly trickier cleaning job today. "

While another said: "Imagine what the cat looks like."

And another person added: "Wow!!!!!!! Well done!!! Someone will be wondering where the paint came from when the cat gets back home"

With a fourth person adding: "Awaiting a post about removing paint off the cat."

The women later added that the tub of paint was closed and sitting on the kitchen counter top – so how the cat managed to open the tin, or even knock over a full heavy tin was unbeknown to everyone.

For more cleaning hacks, this mum praised a £2 Wilko spray for making mattresses smell fresh and lifting stains as her daughter struggled with bed wetting.

And this mum shared stomach-churning photos of her filthy bath waterafter deep-cleaning her bedsheets.

Plus professional cleaners raved about a £2 ASDA spray which gets limescale-encrusted sinks sparkling in seconds.