A MUM has sparked outrage online after telling her followers she used her child support money to get a bikini wax.

The woman posted the video to her TikTok account, suzannescott4, where it has been viewed over 100k times. 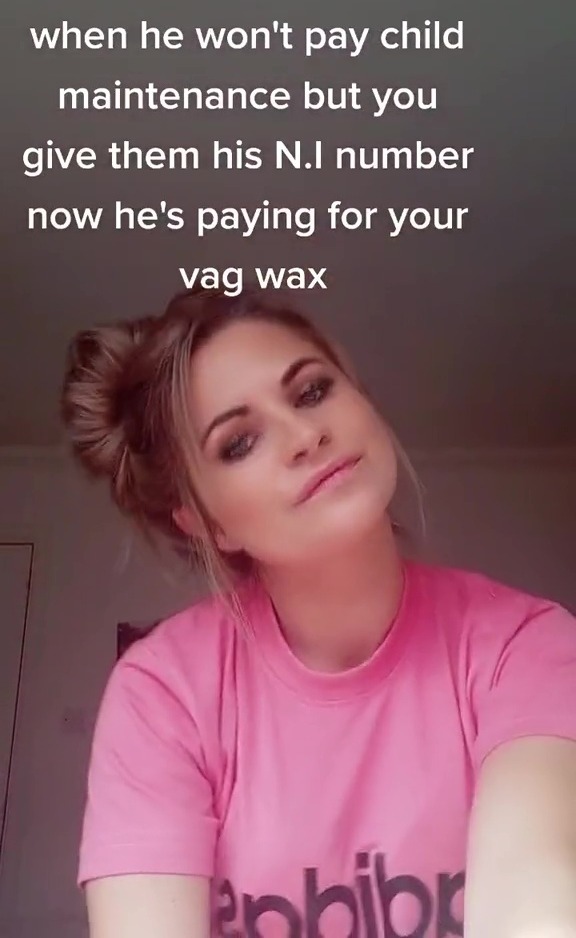 The mum-of-three, who is believed to live in Scotland, shared the video with the caption: "#savage #thanksc*** #revenge"

In the video, Suzanne writes: "When he wont pay child maintenance but you give them his N.I number and now he's paying for your vag wax."

Although Suzanne said the entire video was a joke in the comments, many people were outraged by the claims she made in the video, with some even branding Suzanne a 'scrounger'.

One user said: "Trouble is so many women out there use the child maintenance and child benefits for this s**t."

A third user replied: "Says it all… People like her don't deserve the chance to bring a kind into the world. Hope the child never sees this later on in life. Disappointing."

Later in the comments, Suzanne did let people know she has never received child support and that the video itself was a joke.

Suzanne admitted in the comments that she was still happily together with the father of her three boys.

Suzanne also works as a beautician and her and her partner provide for the family, plus she can save her cash and do her own vag wax herself, whenever she wants.

However, there were also lot's of people saying it shouldn't matter if you get your nails or hair done, so long as the children have been provided for.

One person commented: "Regardless of what she spends the money on she is the one who's supporting that child's needs daily , nappies, bottles, clothes, etc."

"Does it matter if that £20 a week goes on her nails." The user added: "If her kids fed and clothed?"

One women wrote in despair: "People actually defending men for not paying for their kids!" 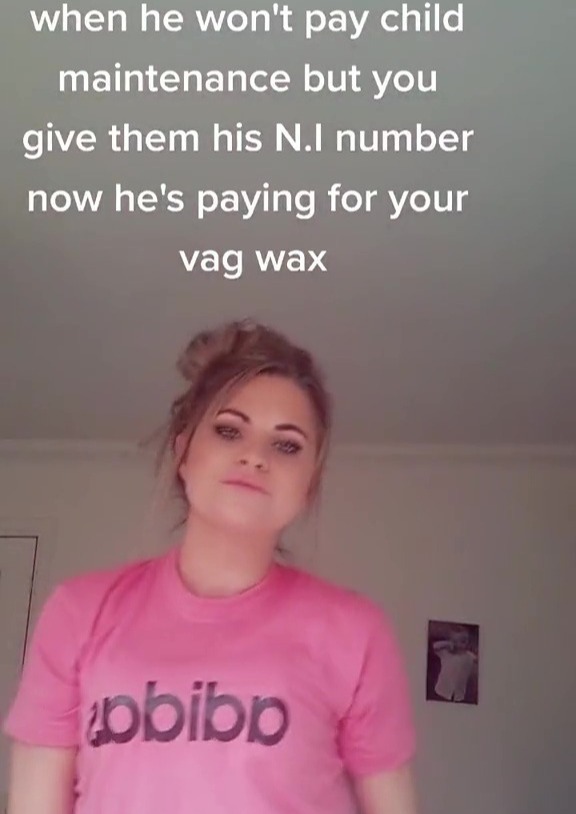 Plus, I didn't like my vagina so got surgery done to make it perfect, I really regretted it.

And, my husband is 24 years older than me, people call him Jimmy Saville and think he's the grandad of our child.

Meanwhile, woman reveals her agony after her coil removed itself from cervix and floated around in her organs.