A MUM has transformed her drab kitchen for just £110 using bargains from Wilko and Ikea.

She was eager to renovate her home after moving in just over a year ago but wanted to keep costs down and was able to do so with a few money-saving swaps. 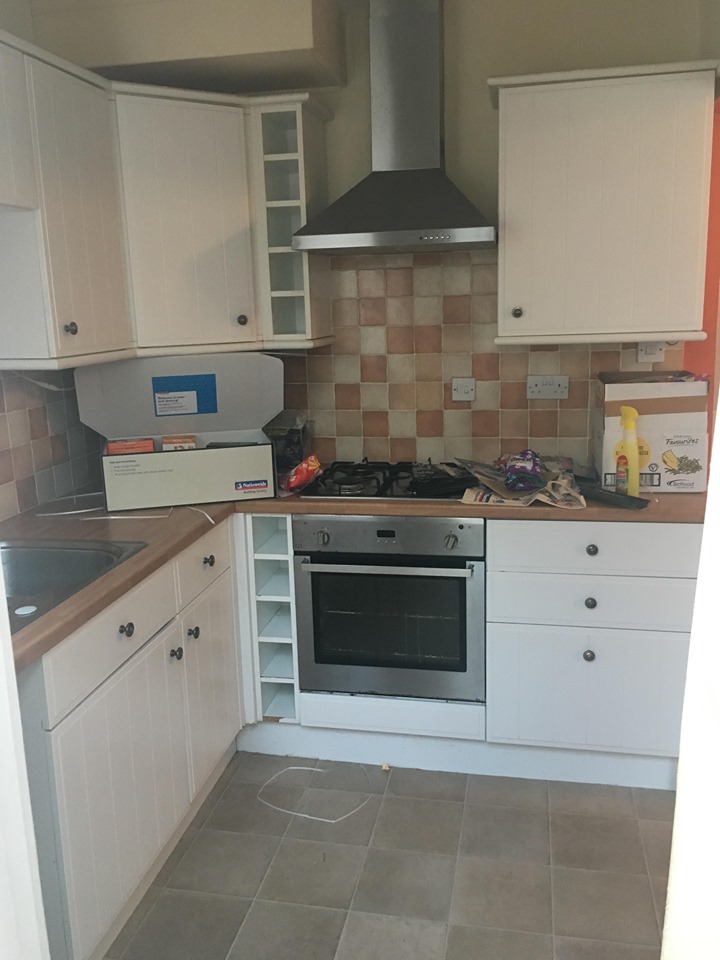 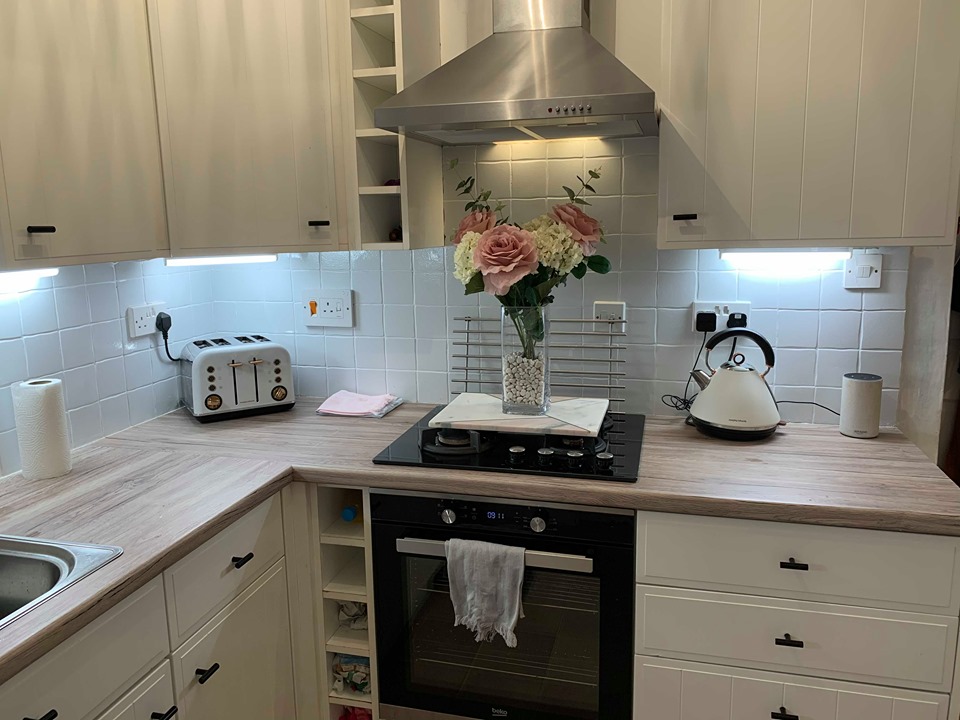 She shared before and after pictures of the space on the Facebook group DIY On A Budget.

In the before snaps Issy’s “impractical” kitchen is a “sea of orange and terra-cotta”, in need of refreshing.

However, after spending just over £100 the mum has breathed new life into the space with chic grey tiles, cream fittings and faux-oak worktops.

Captioning her post she wrote: “We bought our house in September 18 and it needed totally renovating. 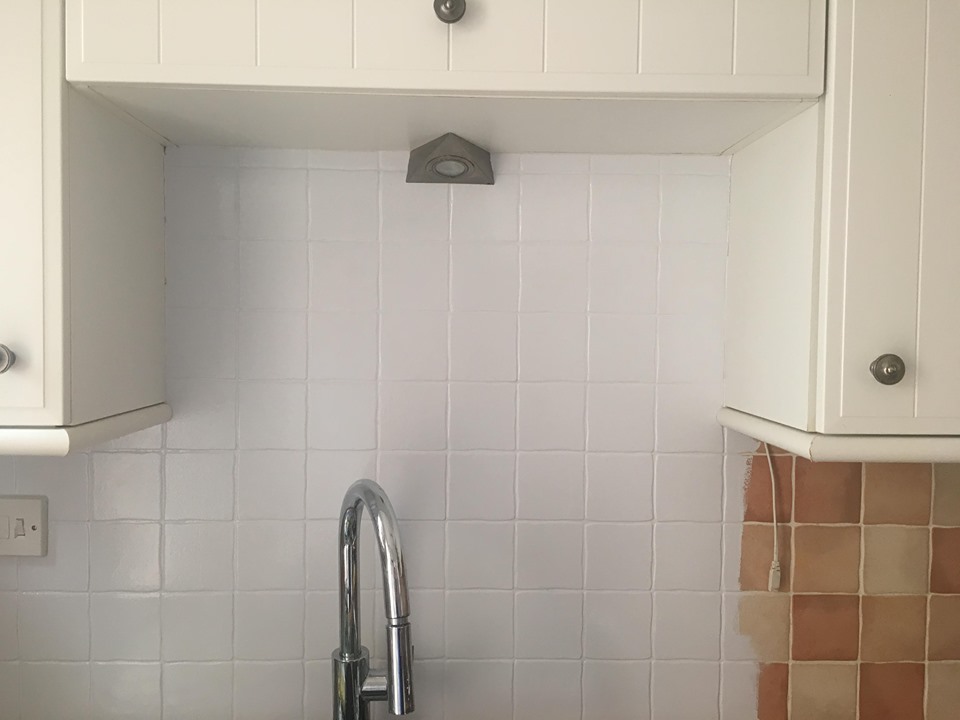 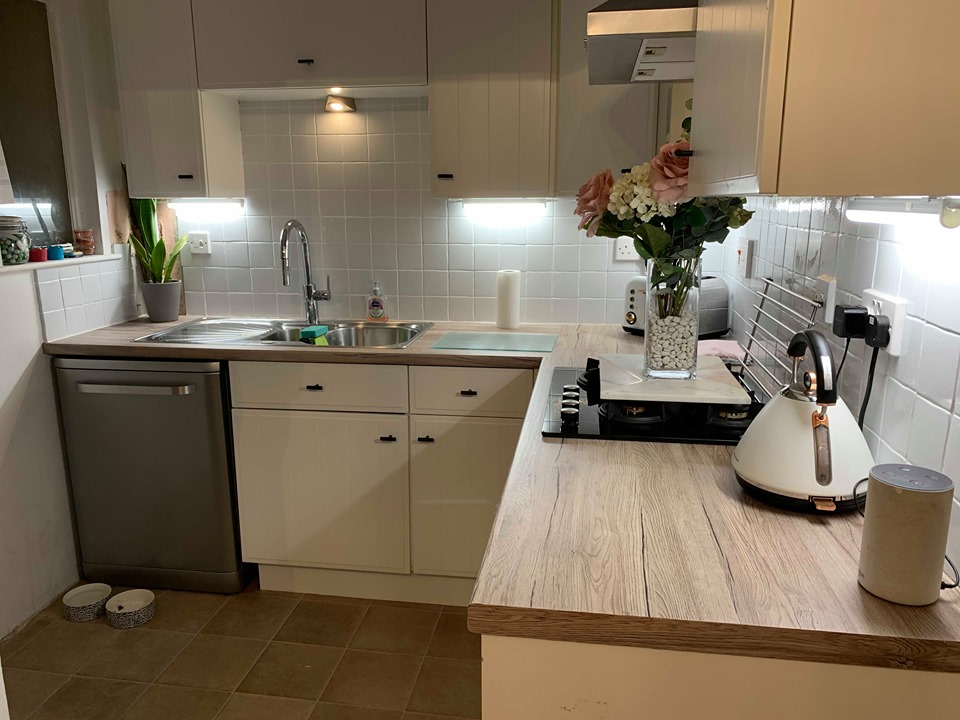 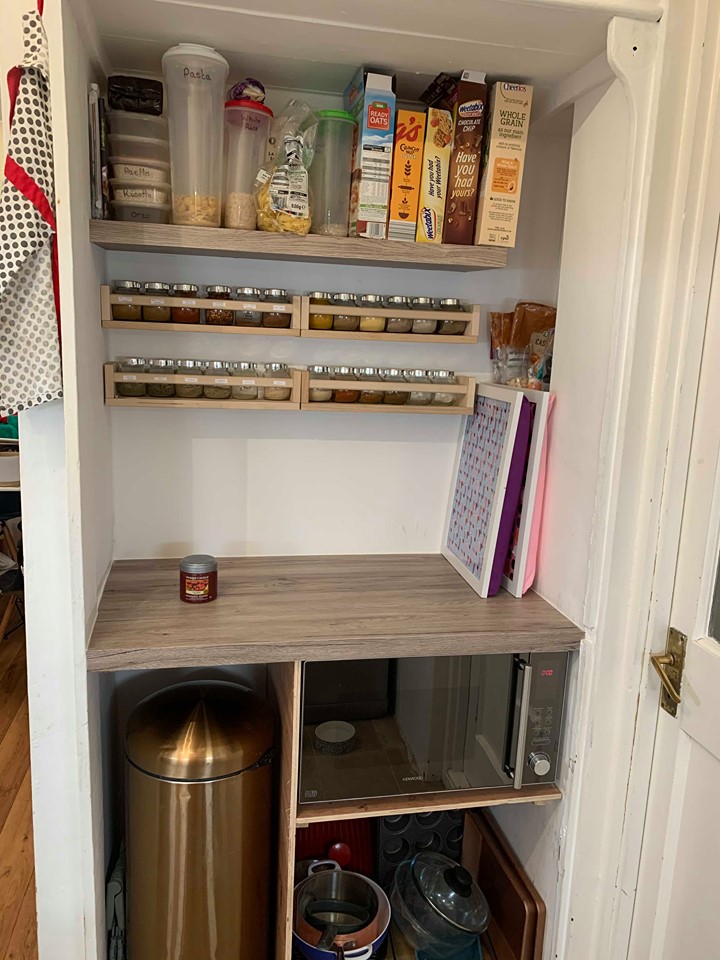 “The biggest area however is the kitchen/ diner and unfortunately we just don’t have the money to do what we want to it.

“The kitchen itself is/ was such a small unpractical area and was just a sea of orange and terra-cotta and I couldn’t stand it!

“So I got some tile paint, Fablon, new handles and lights and some off cuts of ply and worktop and wahlaaa.

“The area with the spice racks was a ‘hole’ for the fridge but I moved the fridge and utilized the space to allow more work top area and storage.

The cost of the new kitchen

“I’m really pleased with it until we have the money for our dream kitchen (sic.)”

Her post prompted a huge response with people dubbing her handiwork “amazing.”

In other home makeover news, this dad built an amazing playhouse under the stairs for his daughter for £130.

Plus this mum made over her son's bedroom using Argos & eBay bargains – and there's even a secret play area under the bed.

And this mum created a Mrs Hinch-inspired kitchen using £28 Amazon sticky wrap after being quoted £7k for a renovation.